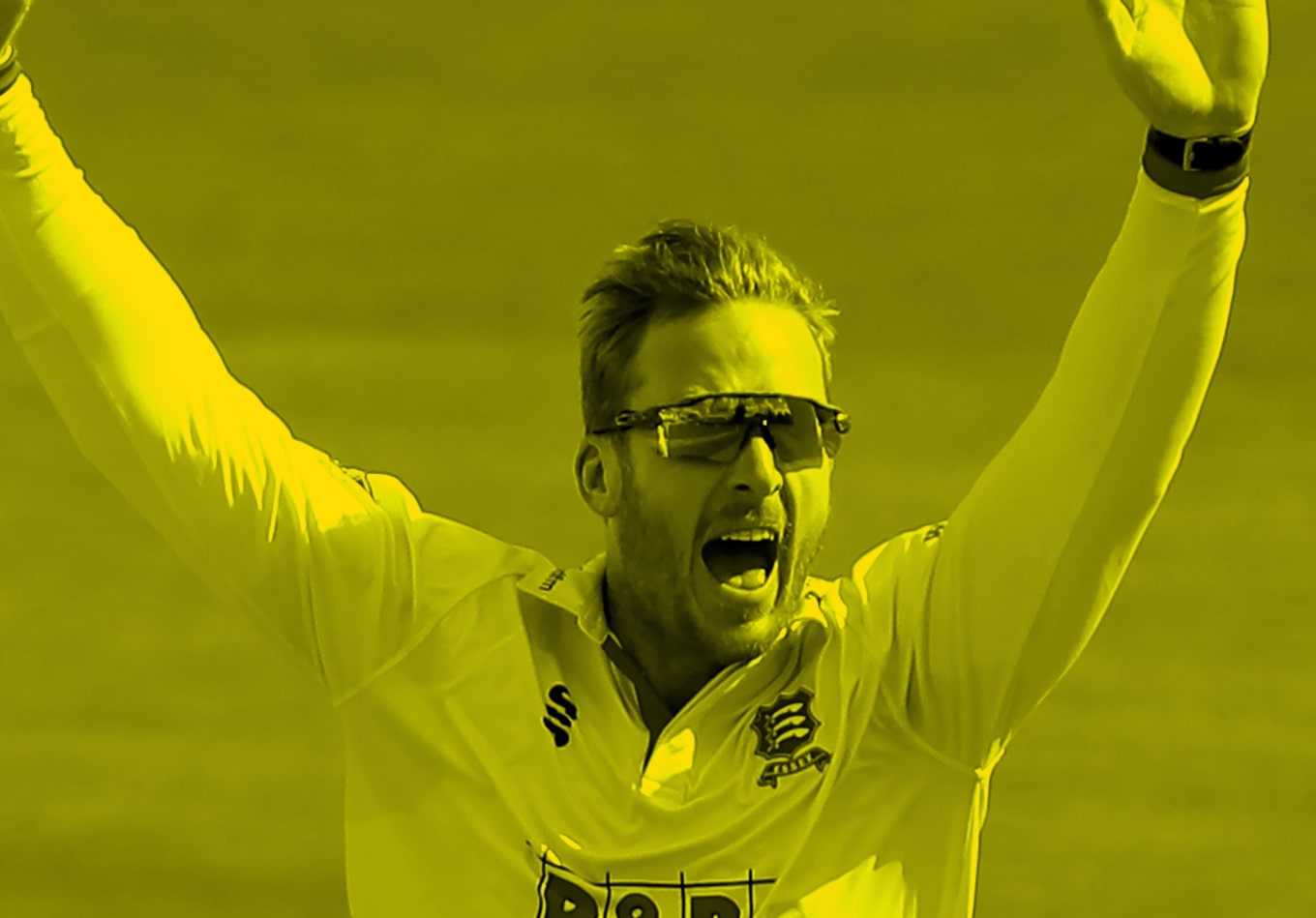 English cricket’s County Championship has undergone a revamp for 2021, with a new competition structure, an extra overseas player for each team and the end of nearly two decades of Kolpak players. Despite the changes, the competition’s most successful bowler in recent times, Simon Harmer, is back for a fifth season at Essex, where he will be looking to secure another championship pennant and a potential international recall. Today we look back at the impact he has made at Chelmsford so far since joining in 2017.

Following a truncated 2020 season, domestic cricket returns in England this week with Essex looking to become the first County to win three successive first-class competitions since Brian Close’s Yorkshire side of the 1960s.

Since securing promotion to Division One of the County Championship in 2016, Essex have lost just five of their 48 first-class matches under the captaincy of first Ryan ten Doeschate and then his successor, Tom Westley. They are the only team during this period to have won more than 50% of their matches (62.5%), which has resulted in two County Championship titles, in 2017 and 2019, followed by their triumph in last year’s Bob Willis Trophy.

Whilst Essex boast a quintet of batsmen who have scored over 2,000 first class runs since the start of that 2017 campaign (Sir Alastair Cook, Westley, Nick Browne, Dan Lawrence and ten Doeschate), you cannot win championships without being able to consistently take twenty wickets in a match. Over the past four years, members at Chelmsford have seen witness to one of the most successful Kolpak signings of all time, Simon Harmer, consistently spin their side to victory on a regular basis.

Whilst the UK’s departure from the EU has seen the era of Kolpak players consigned to history, the 32-year-old off-spinner will be returning to the South East this year as one of the club’s two overseas players, looking to help this generation of Essex players cement their legacy alongside the successful teams led by Keith Fletcher and Graham Gooch in the 80s and 90s.

In this feature, we will take a closer look at the South African’s impact since his arrival at the Cloudfm County Ground and how he has gone on to become domestic cricket’s premier red-ball bowler.

Making an Immediate Impact at Chelmsford

After featuring in five Tests for the Proteas in 2015, taking twenty wickets at an average of under 30, Harmer signed a contract to play in England almost a year after his final international appearance, during which time Dane Piedt had been preferred as South Africa’s frontline spinner in matches against England and New Zealand.

In his first season in England, he claimed 72 Championship wickets at 19.17, the second-highest return behind only his teammate Jamie Porter. The pair helped Essex secure their first title in 25 years in style, winning 10 out of 14 matches, with no defeats.

As Porter ripped through the opposition team’s top order (56 of his 75 wickets were batsmen in the top six), Harmer complemented his teammate by mopping up the tail. When bowling at batsmen 7-11, he took 38 wickets at an average of just 9.8 runs, taking a wicket once every 24.7 balls with a dot ball rate of 88%.

In the years since, Harmer and Porter have continued their lethal double act. Since the start of 2017, they are the only bowlers to have taken over 200 wickets, with Harmer reaching the 250 mark with the dismissal of Steven Davies in last year’s Bob Willis Trophy final.

However, Harmer’s wicket haul does not tell the full story of his contribution to Essex’s success. What must also be noted is his ability to consistently bowl a high volume of overs, game in, game out, to hold-up an end and keep things tight. Since coming to England, he has bowled a mammoth 1,900 overs, which equates to nearly 23 overs an innings. To put that workload in context, of bowlers to have bowled at least 1,000 overs since 2017, only Harmer and Jeetan Patel have bowled on average 20+ overs per innings.

Within that same bracket, only Jack Leach has a better economy rate (2.54 vs 2.57) and if we compare the two spinners’ head-to-head records in defensive bowling metrics, Harmer very nearly matches England’s current frontline spinner.

If we dig a little deeper into Harmer’s performances during the last two domestic campaigns, where he has finished as the country’s leading wicket taker on both occasions, what becomes clear is that as pitches start to wear in the third and fourth innings of a game, he really is in a league of his own when it comes to picking up wickets to help his team win matches.

In 2019, he took 43 second-innings wickets in the nine matches won by Essex, which accounted for over 48% of all the team’s wickets. Then in 2020, he took a further 20 wickets across their four Bob Willis Trophy victories, exactly 50% of their wickets.

Part of Hamer’s second innings success has been his ability to create pressure through bowling a high volume of dot balls and restricting the number opportunities for opposition batsman to find the boundary. As well as cleaning up the tail, 48% of his 63 wickets came against batters batting in the top five and he has had a lot of success bowling at right handers, with 20 victims being caught looking to play with the spin on the leg side, including several at short mid-on or behind square.

An International Recall on the Radar?

Before the change of status of Kolpak players, Harmer had spoken openly about the possibility of qualifying to play for England through a prolonged period of playing County cricket. However, with that avenue now closed, he has stated his aspirations of playing for South Africa again after recently signing to play for the Titans in his country’s domestic T20 league.

With the Proteas due to tour England in the summer of 2022, based on form alone Harmer’s outstanding record in England makes him a serious candidate for selection, especially given the struggles of South Africa’s spinners in recent Tests. In the 16 matches they have played since the start of their home series with Pakistan in December 2018, including five played on the sub-continent, only 17% of South Africa’s wickets have come courtesy of spin, with runs conceded at an economy rate of 3.67 runs per over.

Most of these wickets have been taken by Keshav Maharaj, however his 30 victims have come at an average of 52.13. His fellow left-armer, George Linde, recently took his first five-wicket Test haul in a losing cause against Pakistan in February, so if selected Harmer would offer an alternative option for turning the ball into right handers.

To press his case, he will be hoping to continue where he left off last year by continuing to win matches for Essex in a revamped County Championship. A spell in quarantine has meant he has been unable to participate in any of his side’s pre-season matches, but based on his previous accomplishments you would not bet against him hitting the ground running once the action starts again in Chelmsford this week.