How Much Should College Games Played Matter When Evaluating Draft-Eligible Quarterbacks? | The Analyst 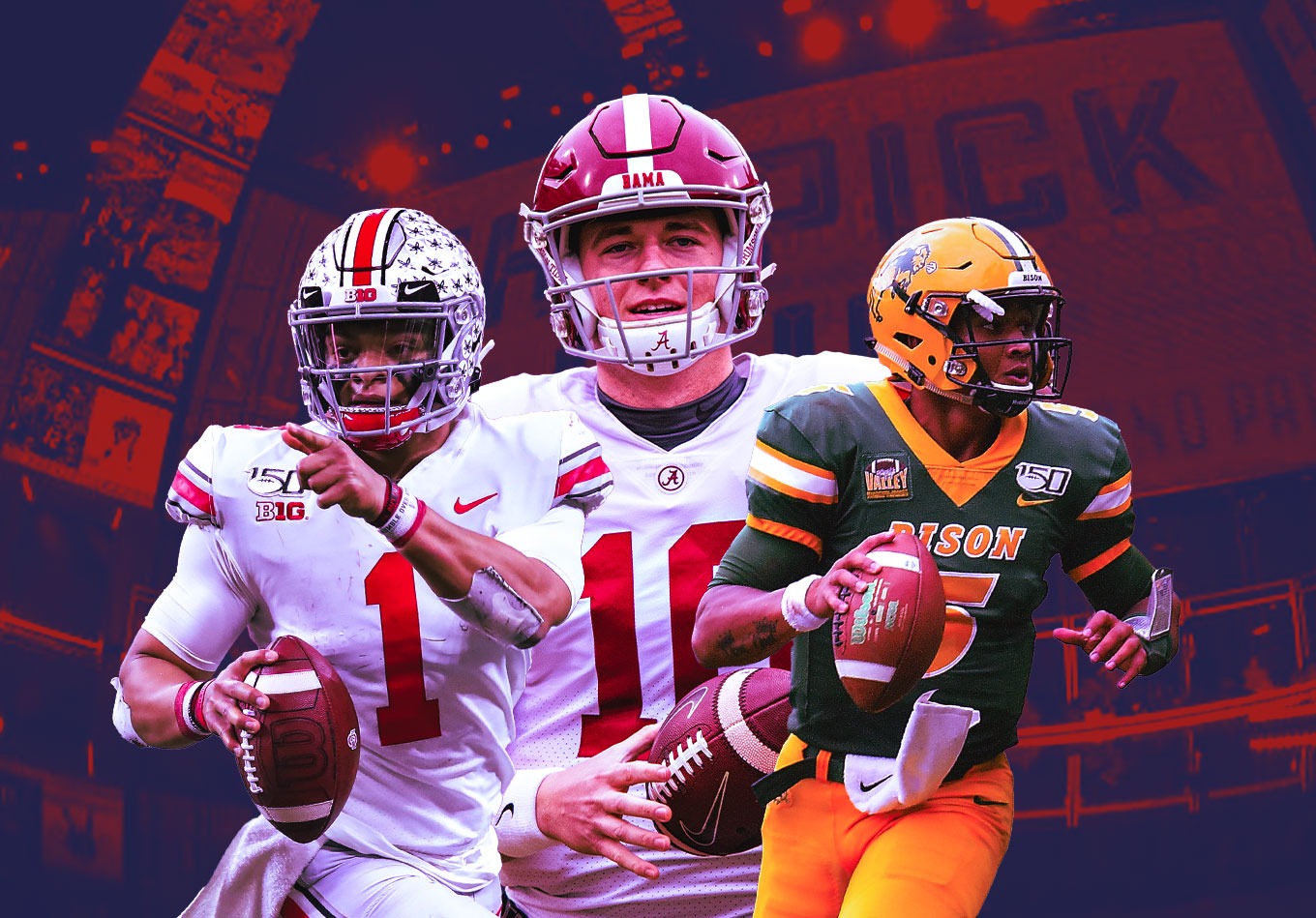 It’s a safe assumption that after Trevor Lawrence goes No. 1 to the Jacksonville Jaguars and Zach Wilson goes No. 2 to the New York Jets on Thursday night, this year’s quarterback class will be a crapshoot unlike any other.

The cycle of talent evaluation has been entirely disrupted. Between players opting out, conference-only schedules, and no combine, college film has mattered more than ever. And that dependence on film study has created quite the conundrum for three franchises.

Whichever teams use their first-round picks to stake their futures on Justin Fields, Trey Lance and Mac Jones have taken part in an evaluation trickier than ever before.

Those three quarterbacks enter the draft with a lack of college experience that is seldom seen or successful in the NFL. In counting the number of games with 10 or more passing attempts in college, Fields had 22 such appearances, Lance accumulated 16 and Jones had 19.

This limited experience raises an organization-changing question that needs to be answered before a team pulls the trigger on selecting one: How much should games played matter when evaluating quarterbacks, especially if they are going to cost a team its first-round pick?

In an effort to answer that question, let’s look back and see how previous QBs under similar circumstances have performed in the NFL.

First, an explanation: We made the number of games fewer than 24 because 12 contests in a college year is a good representation of a full season.

This list attempts to only include quarterbacks who played fewer than two full seasons of Division I college football. Additionally, we sorted this study by passing attempts instead of starts because we wanted to include games where a QB didn’t start but got significant playing time and exclude games where the game flow was such that the QB wasn’t asked to do much indicative of an NFL quarterback.

Now a disclaimer: Aaron Rodgers played 24 games with 10 or more passing attempts at Cal. Obviously, Rodgers is a success story and a future Hall of Famer. We didn’t set the cutoff at 24 games to exclude him. If we made the arbitrary number 25 games and included Rodgers in this list, we also would have included Ryan Fitzpatrick (Harvard), Carson Wentz (North Dakota State), Deshone Kizer (Notre Dame) and Sam Darnold (USC). Not exactly superstars.

Now that the disclaimer is out of the way, only 10 quarterbacks have made at least 500 pass attempts in the NFL since 2011 after playing in fewer than 24 college games in which they threw at least 10 passes. Those QBs have combined for 14 Pro Bowl nominations, one All-Pro first-team appearance, and one MVP season.

However, let’s add one final parameter to breakdown these QBs in two different categories: Those who went No. 1 overall and those who did not.

No. 1 Overall Picks With Fewer Than 24 College Games

We split these QBs into two separate groups mainly because the first pick of the draft carries an extraordinary amount of value compared to every other, including the second overall selection.

Seeing as Lawrence is likely going to be the first pick and Wilson the second, Fields, Lance, and Jones will fall under the second group, and the difference between even those two groups is stark.

Cam Newton, Alex Smith and Kyler Murray ranked 28th, 31st, and 18th, respectively, in passer rating (out of 35 qualified QB’s) this past season, but the QBs have experienced their fair share of success.

The most successful campaign among those three is clearly Newton’s MVP season in 2015 when he led the Carolina Panthers to a 15-1 regular season and a Super Bowl appearance. That season alone likely means the Panthers have no remorse over selecting Newton first overall in 2011. With Newton, it’s also important to remember that he played a full junior college season the year before his only season at Auburn.

Smith had some strong moments with the San Francisco 49ers, including the iconic 2011 NFC divisional round classic against the New Orleans Saints, but the 49ers missed out on Rodgers in that 2005 draft (as did several other teams) when they chose Smith with the top pick.

Mike Vick is a tricky judgment, but if we only include on-field production, it’s a fair assumption that the Falcons made a quality selection. Vick was a dynamic QB who made the Pro Bowl in three of his four full seasons with the team, but the second QB taken in that draft was Drew Brees (38 games at Purdue).

The jury may still be out on Murray, but as the 2019 NFL Offensive Rookie of the Year and after his Pro Bowl season in 2020, the Arizona Cardinals are likely feeling justified in his selection and hopeful that Murray will continue to take strides forward with more experience.

QBs With Fewer Than 24 College Games Who Were Not No. 1 Overall Picks

A quick reminder of the parameters: We’re now to the quarterbacks who played fewer than 24 games with at least 10 passing attempts in college and weren’t selected first overall, yet have gone on to throw 500 or more NFL passes over the past 10 years.

The list is less inspiring. If you’re a team preparing to draft Fields, Lance, or Jones, this assortment of names may be a warning.

The success story of the six names here, particularly in the context of the past few seasons, is Ryan Tannehill, who has played some high-quality football these last two years with the Tennessee Titans. However, the Miami Dolphins clearly had some buyer’s remorse after selecting Tannehill eighth overall in 2012. It resulted in six mostly underwhelming seasons with him at the helm.

Other than Tannehill, Matt Cassel is likely the most accomplished QB, but he was essentially a career backup who was drafted in the seventh round by the New England Patriots. Finding anyone in the seventh round who can contribute in the NFL is a win, so this was a shrewd pick by the Patriots. If Cassel would have been selected in the first round, the pick would have been viewed much less favorably.

Of the final four QBs, Mark Sanchez and Brock Osweiler are out of the league, Kyle Allen is struggling to hold onto a job, and Mitch Trubisky is now a backup in Buffalo.

What Does This Mean?

We’re admittedly talking about a relatively small sample size of quarterbacks that fit these criteria and the teams who take a chance on Fields, Lance and Jones will no doubt feel they are different than the QBs who have been chosen before them.

But since none of the three are undeniably talented enough to be the clear No. 1 pick of the draft, it likely means that expecting them to come in and play at a high level, let alone even an average level, would be extremely risky.

Beyond the names on the list, the number of players on it should serve as further caution. Again, only 10 QBs have thrown a mere 500 passes in the NFL since 2011 after so few games in college. And the non-first overall picks of that group have totaled just three Pro Bowl appearances – all as alternates.

There’s obviously nothing stating Fields, Lance and Jones can’t or won’t be successful because of their lack of games in college, but to develop into the franchise quarterbacks their new teams will be counting on them to become would be to make history.