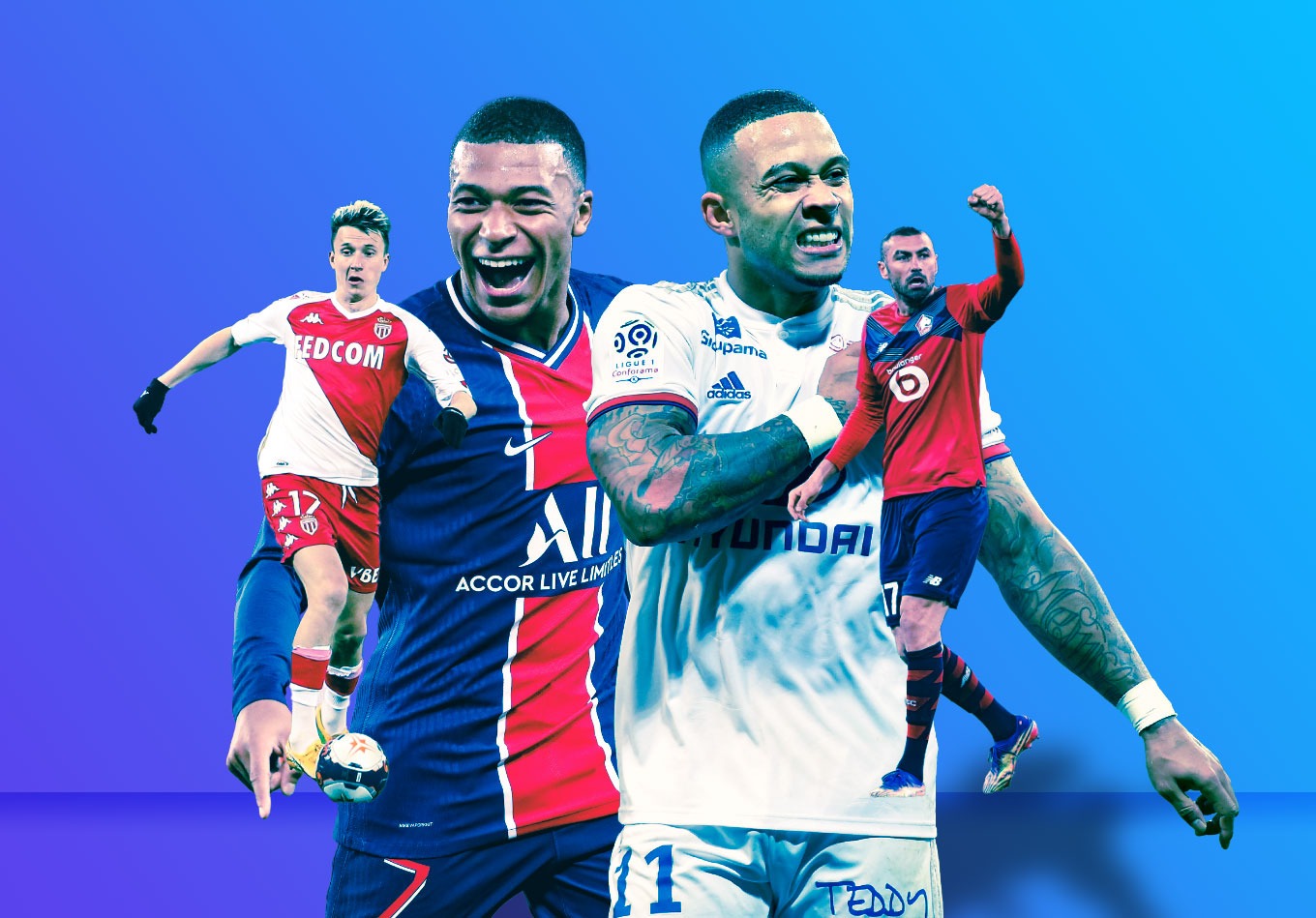 PSG or the Field? Predicting the Title Winner In Ligue 1

While many of the top leagues around Europe have been reduced to one- or two-horse title chases by now, one league still has a genuine multi-team battle for the trophy. In France, four teams – Paris Saint-Germain, Lille, Lyon, and Monaco – are still vying for the title as we enter the last eight matchdays of the season. But who holds the edge? And can we predict the most likely victor?

For the best part of a decade, Ligue 1 has not been the best place to go for title-race suspense. Paris Saint-Germain have won seven of the last eight editions, most of them by a landslide. Only Monaco have been able to upset the Parisian’s supremacy, doing so in 2016-17 before imploding for several seasons afterward.

All this despite PSG boasting a transfer budget nearly as big as all three of those sides combined. (€640 million vs. €647 million – €285 for Lyon, €215 for Monaco and €147 for Lille). In spite of their financial clout, they are struggling to show their dominance.

Since the beginning of the three-points-for-a-win era in 1994, this is the first time four teams have accrued 59+ points from their first 30 games of a Ligue 1 campaign. This four-point gap between first and fourth at the top of the Ligue 1 table at this stage is also the smallest since 2009-10 (three points). It could get even narrower after the upcoming matchday depending on the result between PSG and Lille on April 3.

The only thing that seems certain is that those four teams will finish in the top four in some shape or form, given Lens, in fifth, are already 11 points behind Monaco. However, finishing third in Ligue 1 is only enough to get you into the qualifying stages of the UEFA Champions League, while finishing fourth only results in a Europa League place (for the time being, anyway, until UEFA eventually force through their new format).

The stakes of this battle go beyond lifting a trophy.

All to Play For

Despite sitting fourth, Monaco enter the final sprint with the best momentum, having taken 32 points from the 39 available in Ligue 1 since January. That’s four more than any other side in 2021 and they’ve also scored the most goals since the New Year with 32 strikes. No side has ever won the title after being fourth at this stage of the season, but Monaco are in a good position to be the first.

While Monaco were eating up the ground on their competitors, Lyon were busy losing it. After leading the league at the halfway point of the season, Lyon have won just two of their last six games (D2 L2), which has seen them lose their spot at the top. OL still have to play against Lille (MD34) and Monaco (MD35), which will provide them with vital opportunities to make up some lost ground.

After their game against Lille on Saturday, PSG have, on paper, a fairly straightforward schedule to end the season. That said, they are the last French team still in European competition, so they must also navigate their way through an extremely tough quarter-final against Bayern.

Eliminated in the Coupe de France (3-0 by PSG), Lille are the only side in this quartet who are out of every other competition, so they can now fully focus on the league. They’ll need all the energy and preparation they can muster with difficult away games against Paris and Lyon on the cards, as well as the Derby du Nord at Lens.

What Lille lack in firepower going forwards, they more than make up for at the back. With only 19 goals conceded, they have the best defensive record in Ligue 1 this season, and in fact the second-best record across the top five European leagues behind La Liga leaders Atlético Madrid (18). Goalkeeper Mike Maignan has kept 16 clean sheets in 2020-21. No goalkeeper has more (tied with Manchester City’s Ederson), while combative central defenders Sven Botman and José Fonte have the highest and third-highest duel success rates in Europe’s top five leagues. We identified Sven Botman as a key player to watch in this year’s European U21 Championships.

Les Dogues have shown some frailty at corners (seven goals conceded), but they are way more solid in open play, conceding just 11 goals, five fewer than any other Ligue 1 team.

Their three opponents have not been as consistent. PSG have conceded only 21 goals in Ligue 1 so far, but that’s a considerable overperformance compared to their expected goals against of 34.1 xG.

This is, in part, thanks to Keylor Navas’ fine form this season. The Costa Rican has saved almost 80% of shots on target faced and has prevented almost five goals with his saves, both Ligue 1 highs. But also, opposition attackers have failed to find their shooting boots against the Parisians. Indeed, PSG’s +13.1 difference between expected goals conceded and actual goals conceded is the highest positive difference across the top five European leagues this campaign.

Lyon (31.6 xG against, 30 goals conceded) and Monaco (30.8 xG against, 38 goals conceded) have been performing in line with their underlying numbers. The latter have been plagued by errors leading to goals (nine so far, the joint-worst tally with Nice), especially during the first half of the season and suffer from a dearth of quality in goal. Monaco goalkeepers average a 57.3% save percentage this season, the lowest record in the French top flight.

Lyon Need to Capitalise on Their Attacking Dominance

To claim an eighth title in Ligue 1, Lyon must convert their impressive underlying attacking numbers into the most valuable currency of football: goals and points. You can’t eat xG.

Lyon have taken the most shots (488) and racked up the highest expected goals value (65.6 xG) across the top five European leagues this season. Despite this, they have scored just 59 goals so far, fewer than PSG (67) and Monaco (60).

Lyon are the only side in the top five European leagues this season to have at least three players with 10+ league goals (Memphis Depay 14, Karl Toko Ekambi 12, Tino Kadewere 10), but each member of that trio has scored only one goal over the last six games, highlighting OL’s poor recent form.

Lyon’s underlying data suggests that given the quality of chances they’ve created, they ought to have scored over ten more goals in the league this season. That’s the largest underperfomance of any French side this term. OL’s attackers need to find their composure in front of goal, and fast.

While PSG have looked less impressive than in previous seasons, they have still plundered 67 goals. Only Bayern have scored more across Europe’s top five leagues. Even though Neymar (six goals) and Mauro Icardi (five goals) have missed half of the season due to various injuries, PSG can still rely on Kylian Mbappé (20 goals) to lead the line. Mbappé recently became the latest player to hit 100 goals in the French top-flight, and the French sensation is on his way to becoming Ligue 1’s top goalscorer for the third consecutive season. Mbappé’s goals may be worth an extra point in the title race, as PSG’s goal difference of +46 currently dwarfs the others in the pack.

The Parisians are not the only side that have some key players returning ahead of the final stretch. Lille can now count on Burak Yılmaz (nine goals during the first half of the season) while Monaco’s Aleksandr Golovin is finally back to full fitness after a long recovery process.

Predicting the Finish: PSG to Maintain the Upper Hand

PSG have shown they’re vulnerable this season. They’ve already lost more top-flight games than in any previous season under Qatari ownership (7). However, despite a poor season by their standards, they remain in pole position to claim their 10th title, and to equal Saint-Étienne’s record of top-flight wins.

PSG’s home clash against Lille on Saturday will be their first chance to draw blood, although they’ve uncharacteristically struggled to beat teams around them this season, gaining only four points out of the 15 available so far.

But what does Stats Perform’s predictive model think? The model estimates the probability of each match outcome – either a win, draw or loss – based on each team’s attacking and defensive quality. Those ratings are allocated based on four years’ worth of comprehensive historic data points and results, with more weighting given to recent matches to account for changes in form and personnel over time. You can read more on this below.

The model gives PSG a 83% chance to go on to claim their 10th crown. Lyon (8.4%) are expected to finish second, five points behind the leaders with Lille and Monaco make up the remaining top four places.

While Mauricio Pochettino’s doubters will point to the fact he is yet to win a league title as a manager, his team’s experience in hoarding them should carry his side over the line. However, things famously don’t always go according to plan in Paris (just ask PSG about Barcelona or Manchester United) and finishing the job might not be that simple.

What seems certain is the French top flight will have some major twists left in these final two months. Regardless of how it ends, the attention the title race is bringing the league makes Ligue 1 the real winner. 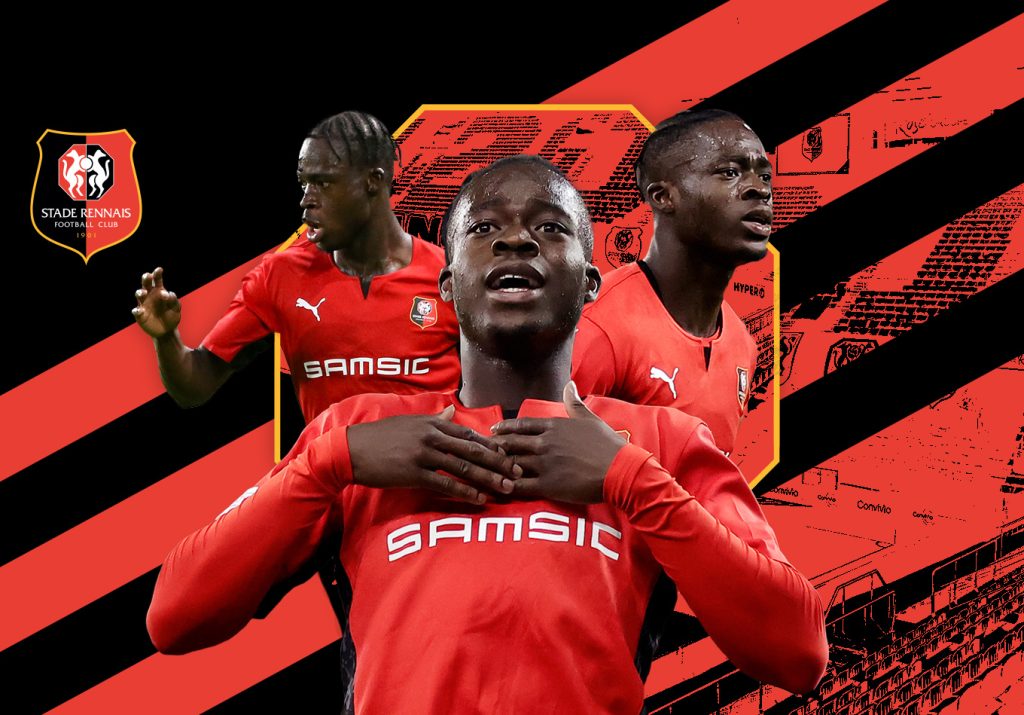 The Excellence of Kamaldeen Sulemana: A Scouting Report 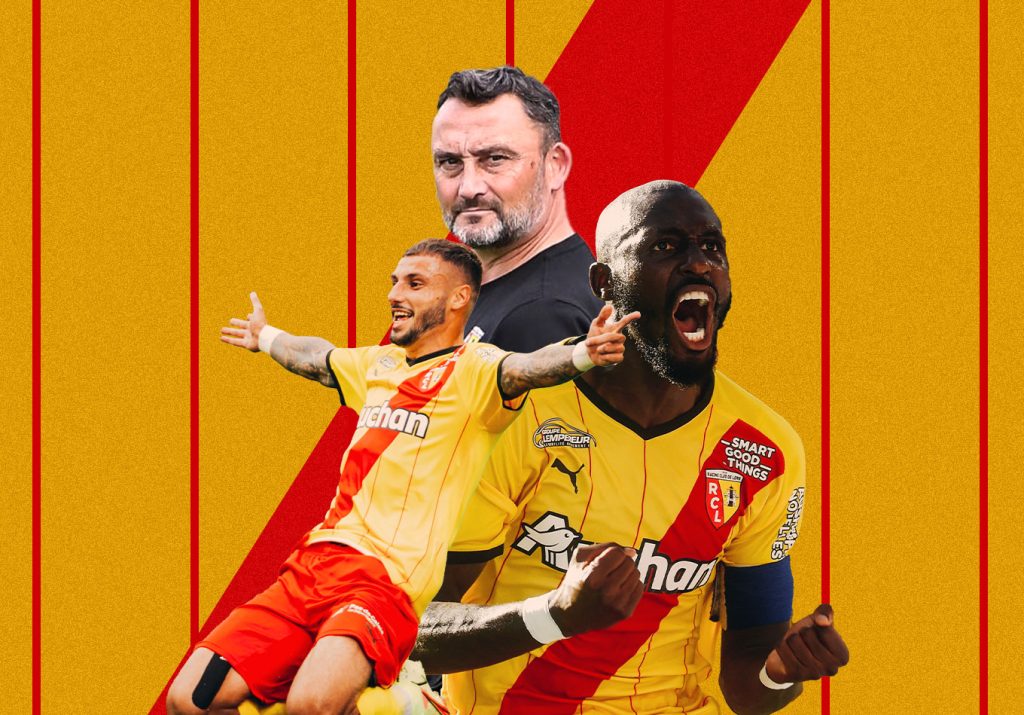 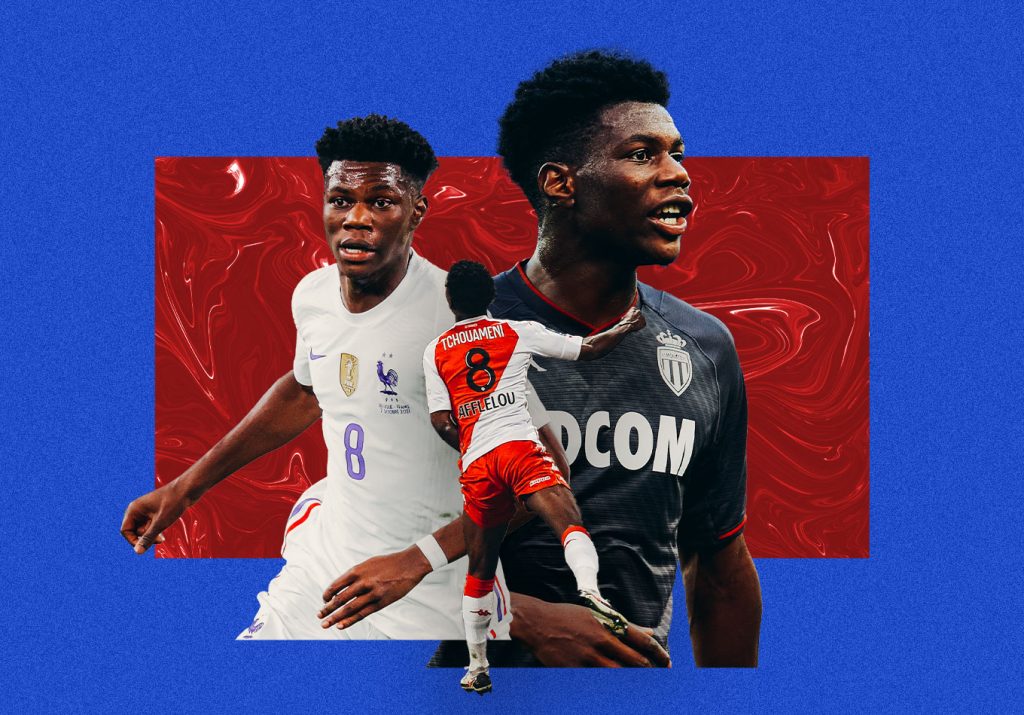 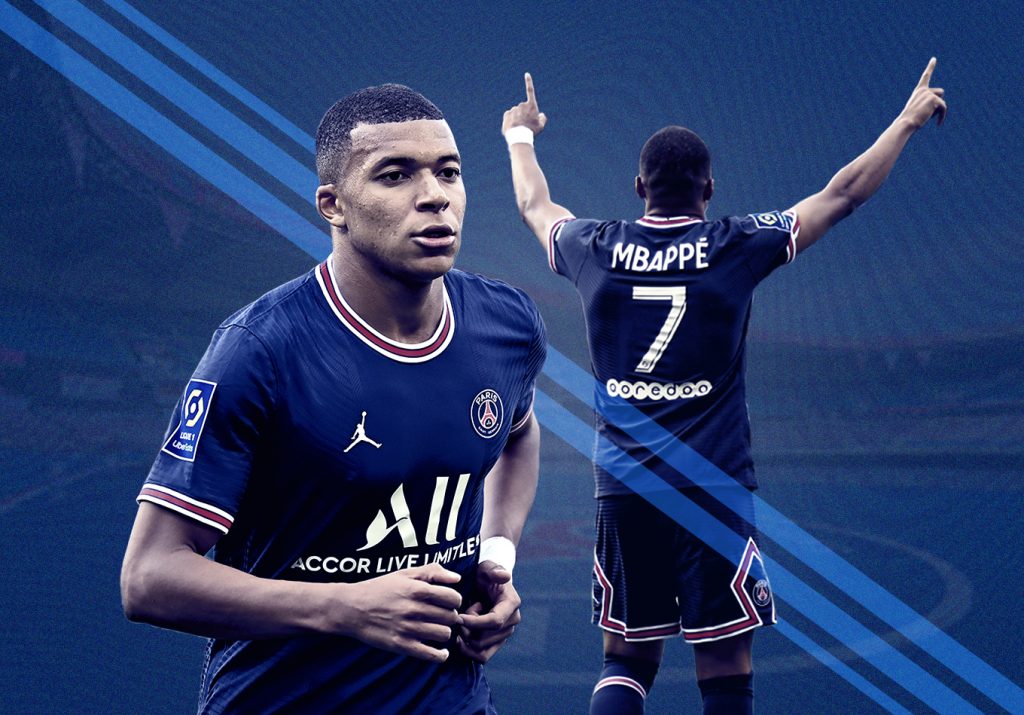