The Biggest Thing In IPL 2021? Spinners in the Powerplay | The Analyst 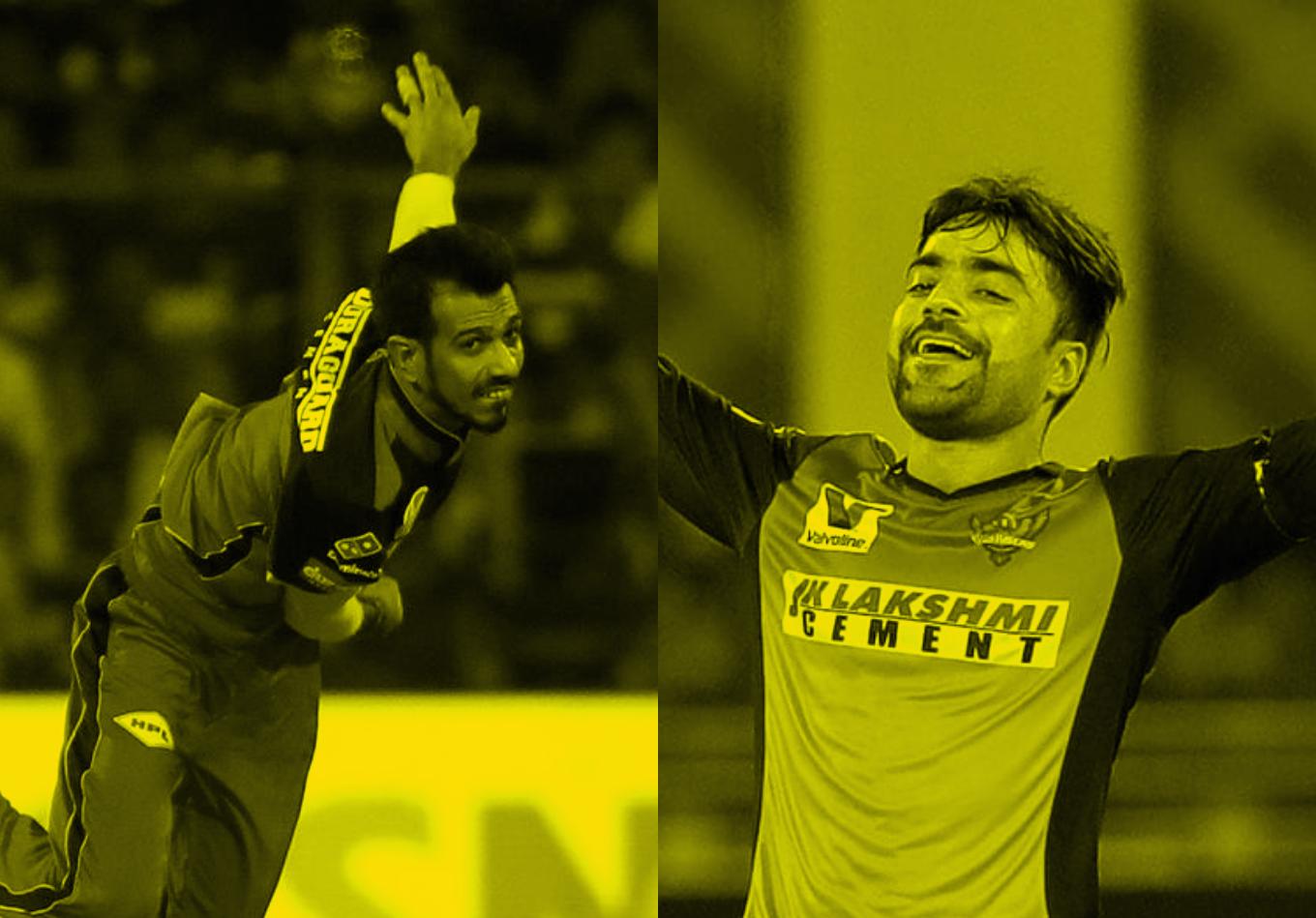 It’s back. Cricket’s biggest annual carnival returns for a fourteenth edition as the 2021 Indian Premier League season roars into life on April 9. The competition returns to India after the globe’s premier Twenty20 competition was shifted to the United Arab Emirates in 2020 due to the COVID-19 pandemic.  And the geographical shift means the thing to look out for this edition is spin, spin and more spin.

The IPL always generates a lot of interest, but this time will create even more buzz given the ICC Men’s T20 World Cup is scheduled to be held in India later this year. With that in mind, it should come as little surprise that cricket boards such as Bangladesh, England, South Africa and New Zealand have allowed their IPL-bound players to play in the competition despite having international tours during the same window.  Let’s be honest, playing in the IPL is the perfect opportunity for players to get acclimatised to local conditions before the World Cup.

Over the years, spinners have understandably played a huge role in the IPL and the tournament has helped unearth a number of talents for the Indian national team. Ravichandran Ashwin, Rahul Sharma, Krunal Pandya and, more recently, Varun Chakravarthy all initially made their names in the IPL before donning their national team jerseys.

Spin has become such an integral part in games hosted in India that nowadays teams use their spinners to open their innings, a practice that was rarely seen before the IPL era. Ashwin became one of the first bowlers to master opening the innings when he did so for the Chennai Super Kings in the 2010 Indian Premier League season.

Two-time IPL champions Kolkata Knight Riders have shown the most faith in the abilities of their spinners in the powerplay. KKR have bowled the most overs through their spinners across the 13 seasons of the IPL (352) and they have also taken the most wickets in this phase of the game (74). Windies spin maestro Sunil Narine has bowled the most of these deliveries (120.5) for the Kolkata franchise, and has picked up 24 wickets, the third-most in the league – doing so with an impressive economy of 6.3, the best by a spinner across all the editions of the IPL.

CSK have the best economy rate amongst teams who have opted to go with the spinners in powerplays in IPL history (6.4). Indian off-spinner Ashwin has been hugely responsible for that, having bowled the most of those overs for the three-time IPL champs (108) and picking up the most wickets of all spinners in the powerplay (30).

Bowlers such as Ashwin, Narine and Washington Sundar have all become specialists at bowling with the hard, brand-new ball at the top of the innings, with the newness of the white ball offering them a lot of bounce from the pitch that can help deceive batsmen early on.

Rajasthan Royals have opted to open the most innings with spinners among all IPL teams. The Royals’ spinners have bowled more overs as opening bowlers (79) and taken more wickets in these overs (14) than any other side in IPL history.

Only three spinners have bowled more than 400 deliveries in powerplays in the IPL with Ashwin leading the charts with his 910 deliveries coming at an impressive economy rate of 6.4. He has also picked up the most wickets by any spinner in this phase of the game (42), while also having the best strike rate of any bowler to have logged at least 350 deliveries (21.7).

Meanwhile, KKR’s spin master Narine has the best economy in the league amongst all bowlers to have bowled more than 150 powerplay deliveries. When we look at the economy rates of Ashwin and Narine in particular, it should come as little surprise that their skippers frequently call upon their services during the opening stanzas.

Seam in the Powerplay by Venue in the IPL:

Spin in the Powerplay by Venue in the IPL:

IPL 14 is scheduled to be played in six Indian venues – Delhi, Chennai, Mumbai, Bengaluru, Kolkata and Ahmedabad with the home advantage now taken away from all eight teams with every game being played at neutral venues.

In Ahmedabad, the spinners completely dominate. The slow bowlers have an incredible strike rate of 19 in the Gujarat venue compared to the pacers’ rate of 35.

The data suggests we should expect the role of spin bowlers to vary with the venue. In Delhi and Chennai, spinners will be used to both pick up wickets and contain runs. Meanwhile, in Ahmedabad and Bengaluru, captains will surely seek to use their spinners as partnership-breakers, while in Mumbai and Delhi, they should play more of a containing role.

Myth Busting Question One: Is David Warner Too Good to Get out Against Spinners in Powerplays?

It is fair to say David Warner is one of the best top-order batsmen in IPL against spin. Maybe ‘one of the best’ is slightly harsh on Warner. The  Aussie opener bosses the slow bowlers, averaging a mighty 83.1 against them in powerplays and racking up more runs in the opening overs against spin than any other batsman (582). All this with a lightning strike rate of 141.6. Warner is so good at finding boundaries against spin too. He has the best balls per boundary ratio in the IPL for any batsman who has faced more than 300 spin deliveries in the powerplay (4.4).

A key ingredient to success against spin is a batsman’s ability to use their feet. Light on his toes and very adept at picking length, Warner’s scored 254 runs off the front foot in the V-region behind the bowler (second only to Shikhar Dhawan’s 284 runs). Meanwhile, the former Australian vice-captain is quick to rock back once spinners drop it short, scoring 195 runs off his back foot in the square region – the most by any batsman in that zone.

It may sound obvious, but another important factor as to why Warner has been so successful against spinners is his ability to connect with the ball from the middle of the bat. Amongst all openers who have faced a minimum of 250 balls batting against the spinners in powerplay, only Ajinkya Rahane (83.5%) and Dhawan (80.8%) had a higher ‘good connection’ percentage than Warner (79.8%).

Myth Busting Question Two: How Has Shikhar Dhawan Fared Against Spinners in Powerplays?

The aforementioned Shikhar Dhawan is one of the finest batsmen to play spin. The Indian opener has faced the most balls against spin during the powerplays in the IPL (449) of all time while scoring the second-most runs in this phase of the game against such bowling (557).

However, despite scoring 76 boundaries, only Parthiv Patel (13.1%) and Brendon McCullum (yes, really) (12.7%) have a lower boundary strike rate than Shikhar (16.9%) among all batsmen to have faced a minimum of 300 such deliveries in the IPL.

Dhawan has been dismissed 14 times to such bowling in the powerplays, the second-highest figure behind McCullum’s 20 dismissals by spinners in this phase of the game. Dhawan does have a decent average of 39.8 against spin in the powerplay however, the fifth-highest in the IPL’s storied history.

The sweep shot is a double-edged sword for Dhawan. On one hand, he’s utilised it to score more runs than via any other method, but he’s also got out playing it more times than playing any other shot (six).

Only two spinners have dismissed Dhawan more than once in the powerplays. Whilst Harbhajan Singh has dismissed the left hander three times, West indies’ Narine has dismissed the opener on two occasions. Interestingly, both these bowlers are now part of the Kolkata Knight Riders setup and given their track record against ‘Gabbar’, don’t be shocked when Eoin Morgan decides to open the innings with both these bowlers against Dhawan’s Delhi Capitals.

Ravi Bishnoi starred in IPL 2020 in his debut season. Such was his impact in the tournament that he was one of the candidates for the Emerging Player Award ultimately won by Devdutt Padikkal.

The leg-spinner from Rajasthan bowled 51 overs last season taking 12 wickets in the process, the six-highest return of any spinner in IPL 2020. He did go for a fair few runs too,  conceding at a rate of 7.4 per over.

Ravi utilised the googly to great effect last campaign, taking all 12 of his wickets from such balls. While batsman played for leg spin, Ravi outfoxed them with balls that turned the other way. In fact, he took more than any other bowler from wrong’uns last season, three more than the next bowler in that list – Rashid Khan who scalped nine wickets with googlies.

Ravi’s dot ball percentage of 38.4% in his debut season was second-highest figure of any spinner last season after Rashid Khan (43.4%), proving that the youngster could build pressure when needed.

The 20-year-old also bowled five overs in powerplays, although he was on the expensive side in this phase of the game, going at 9.4 runs per over without picking up a wicket. Only Narine was more expensive (10.2) than Bishnoi among those bowling at least five overs in the powerplay.

Having already been capped three times for the Indian National team by the age of 21, Rahul Chahar is another upcoming superstar of Indian cricket. The leg-break bowler will be playing in his fourth IPL season after starring for Mumbai Indians in the previous two editions.

In the last edition of the IPL, the Rajasthan player got through a lot of work. He bowled 318 deliveries in total, the third-most by a spinner. Unfortunately for Chahar, he was pretty expensive, leaking runs at over eight an over. That said,  leg spinners are picked to take wickets and not to necessarily contain. Chahar did not disappoint as he went on to collect 15 wickets last season at a healthy strike rate of 21.2.

Although he did not bowl much in the powerplays in the UAE last season, the season prior to that in India, Rahul bowled 42 deliveries in powerplays picking up three wickets at a phenomenal strike rate of 14 second only to RR’s Shreyas Gopal (six) for any bowler to have bowled five such overs. Expect Chahar to really step up for the Indians in IPL 2021.