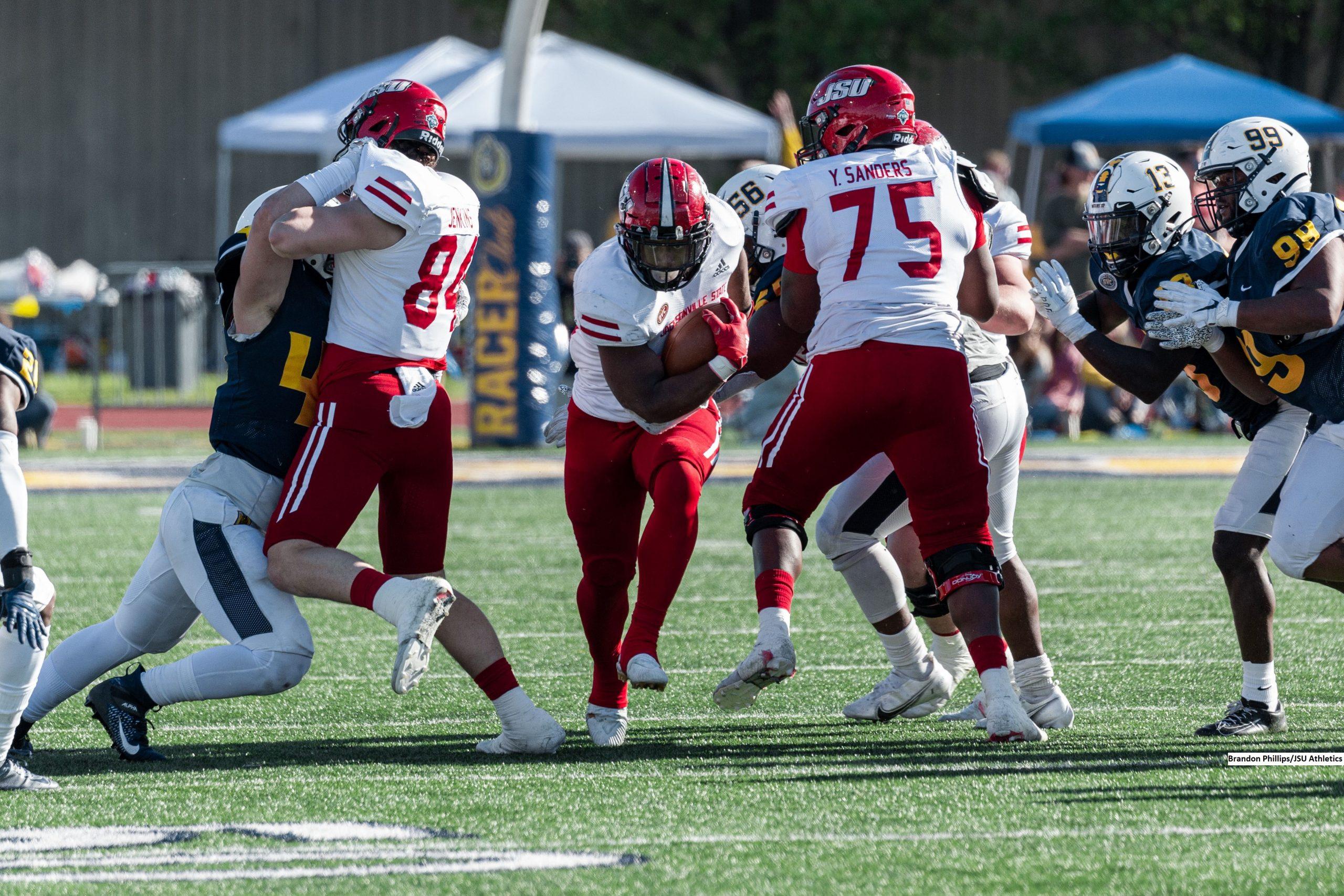 The Skinny – Davidson is making its first postseason appearance since the 1969 Tangerine Bowl, having turned around a program that beat only one Division I opponent in the five seasons (2013-17) prior to Abell’s hiring. Five of this season’s six games have been decided by six points or less (3-2 record). The Wildcats will attack a tough Jacksonville State run defense with a spread option that averages an FCS-best 293.8 rushing yards per game (Dylan Sparks has a team-high 519 yards). In the Abell era (29 games), they have 65 touchdown runs of 30 yards or more. They’re excellent with converting third downs (56 percent) and have as many fourth-down attempts (19) as punts and field goal attempts combined. Jacksonville State has the most wins among FCS teams spanning fall and spring schedules. It has kept nine straight opponents to 80 or fewer rushing yards, including four under 30. The offense spreads the carries between Samuel and Uriah West (603 yards, 5 TDs), with both targeted regularly by Webb out of the backfield. Trae Barry has the most receiving yards (1,536) among tight ends in JSU history. Defensive end D.J. Coleman lives in opposing backfields with 21.5 tackles for loss, 13 sacks and 41 QB hurries in the last two seasons. The Gamecocks are prone to committing penalties, averaging nearly eight per game.

Up Next – The winner will play either Sacred Heart or Delaware in the second round on May 1 or 2.

The Skinny – Although considered a heavy underdog in the only night game of the first round, Sacred Heart has more playoff appearances than Delaware (three to two) in the last 10 seasons, also winning the only previous all-time meeting. Chestnut leads the FCS in all-purpose yards per game, and though not a typical-sized campaign, his four-game rushing average is the third-best in the FCS over the last 20 seasons. The junior has surpassed 100 rushing yards in 16 of his last 20 games since 2018. Noah Gettman is adept at providing good field position, averaging 46.2 yards per punt with a long of 82. Delaware has one of the more stout FCS defenses, allowing just 11.6 points (third) and 225 yards (fourth) per game. The Blue Hens have gained a takeaway from 10 different players, leading to a plus-10 turnover margin, which is tied for No. 1 nationally. First-team All-CAA linemen Mickey Henry and David Kroll pave the way for Lee and allow Henderson the time to work with wide receivers Thyrick Pitts (16.7 ypc) and Gene Coleman II (team-high 23 receptions). Delaware is hosting a playoff game for the first time since its 2010 national runner-up season; the Blue Hens are 15-6 at home during Rocco’s tenure.

Up Next – The winner will play either Davidson or No. 4 seed Jacksonville State in the second round on May 1 or 2.