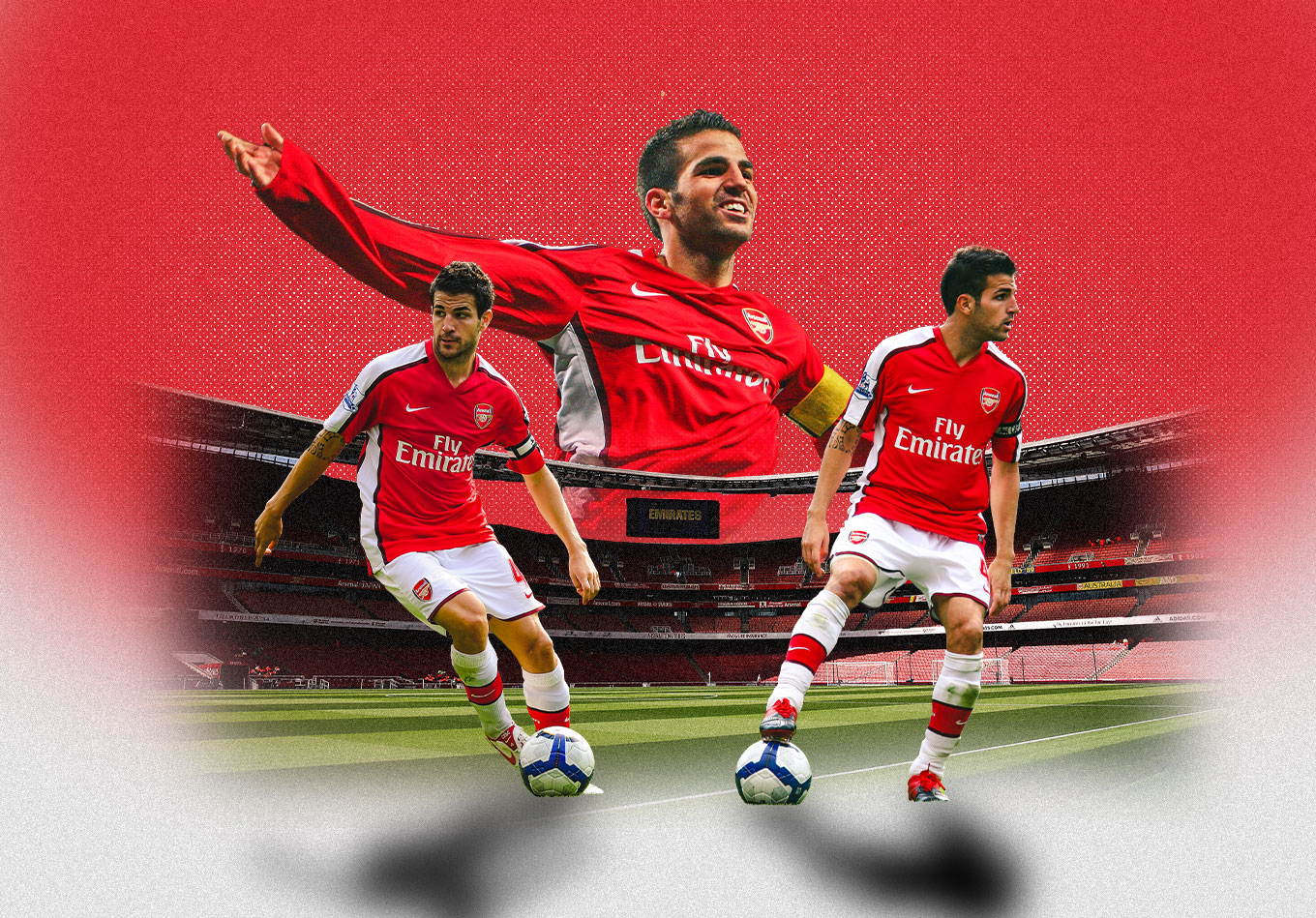 Today marks 14 years since Cesc Fàbregas hit the 100-game milestone in the Premier League, with the then-19-year-old schemer becoming the second-youngest player to reach triple figures in the competition after Wayne Rooney.

The Spaniard would develop into one of the Premier League’s finest creative midfielders and enjoy a career crammed full of titles and trophies for both club and country.

We examine what made the La Masia graduate such a creative and influential force in England.

A product of the near-mythical La Masia youth academy, a 16-year-old Francesc Fàbregas Soler decided to leave Barcelona and move to the Premier League in September 2003.

Arsenal was his destination, with Fàbregas drawn to Arsène Wenger’s forward-thinking footballing philosophy and openness to young talent. And the Gunners’ coach was more than happy to welcome a gifted young player, imbued with the midfield presence of a young Pep Guardiola.

Fàbregas’ hunger for first-team football would be sated sooner than he imagined, with the Spaniard making his competitive debut just a month into his Arsenal career, in October 2003 against Rotherham United in a League Cup tie. In doing so, the starlet became Arsenal’s youngest-ever first-team player, at the tender age of 16 years and 177 days.

Soon after, he added ‘Arsenal’s youngest scorer’ to his burgeoning list of accolades courtesy of a goal in a 5-1 win over Wolverhampton Wanderers in December, again in the League Cup.

Despite impressing in the League Cup, Fàbregas had to watch from the sidelines as the Gunners cruised to their Invincible Premier League-winning campaign.

The following season Fàbregas started to force his way into Arsenal’s Premier League first XI, initially filling in for an injured Patrick Vieira and ultimately, in 2006, replacing the Juventus-bound Frenchman in the heart of the Gunners’ midfield alongside Gilberto Silva.

While 2003-04 proved to be a Premier League peak for the Gunners, Fàbregas picked up an FA Cup winners’ medal in 2005 as well as appearing in a Champions League final, albeit via a painful 2-1 defeat to Barcelona in Paris in 2006.

Now a key part of Wenger’s post-Invincibles Arsenal side, Fàbregas made his 100th Premier League appearance in April 2007, becoming the second-youngest player to hit that milestone after a certain Wayne Rooney. That record stands to this day.

With a sizeable haul of 18 assists and five goals in those 100 games, it was clear that Fàbregas was developing into a midfield player with a razor-sharp creative edge.

Despite his relatively diminutive stature in comparison to Wenger’s Golden Age midfield warriors Vieira, Gilberto Silva and Edu, Fàbregas’ particular mix of industry, technical ability and game-changing personality helped the Spaniard grow into one of the best midfielders in Europe.

His growth as a player continued along with the evolution of his surroundings. He paired with Mathieu Flamini in the heart of Arsenal’s 2007-08 midfield and became the playmaking force he’ll be remembered as with a league-high 17 assists.

That haul remains one of the highest season tallies in Premier League history, but it wasn’t his pinnacle. Fàbregas would better it on his return to England with Chelsea in 2014-15, but more of that later.

While the Gunners struggled to replicate the trophy-laden early years of the Wenger-era, Fàbregas continued to sparkle, eventually taking on the captaincy of the club in 2008.

In October 2009, he became the third player to rack up four assists in a single Premier League game. The magnificent individual display came in a 6-2 mauling of Blackburn, in which he became the third on a list that now stands at six to complete the feat. There’s a north-London theme here.

Players to Make Four Assists in one Game:

Eventually, that Barcelona DNA kicked in again (along with a sufficient lack of trophies), drawing the star – by then a Euro 2008 winner with Spain – back to the Nou Camp.

During his time at Arsenal, he also provided the most assists in the competition of any player for any team (70) and ranked fifth overall for goal involvements.

Fàbregas’ subsequent time at Barcelona certainly filled those empty shelves in his trophy cabinet, with a La Liga title in 2012-13, a World Cup win in 2010 (where he set up Andrés Iniesta’s winner in the final) and a second Euro success in 2012 the highlights of his three-season Spanish sojourn.

Fàbregas’ English story wasn’t finished, however, and in the summer of 2014 the 27-year-old returned to London, signing for José Mourinho’s Chelsea as he eyed another crack at the Premier League title.

Older and wise, the Spaniard hit the ground running, providing his trademark creative spark in the Blues midfield. Fàbregas assisted in his first four league games with the west Londoners. Add in his last two games with Arsenal, and he became the first player in the Premier League to register an assist in six consecutive appearances. It didn’t last long as Mesut Özil managed a seven-game run in 2014-15, but Fàbregas remains second on the list.

Fàbregas’ maiden season with Chelsea ended in triumph with the Spaniard finally getting his hands on the Premier League trophy at the eighth time of asking.

The Spaniard ended his time with Chelsea in January 2019, moving to Monaco and taking with him two Premier League titles, one FA Cup winner’s medal and another one for a League Cup triumph. Ironically, he also picked up a Europa League winners’ medal at the end of that season after featuring in the group stages as Chelsea thrashed his former club Arsenal 4-1 in Baku.

Overall, Fàbregas registered a whopping 111 assists in the Premier League, a haul only Ryan Giggs can better.

Breaking down his Arsenal and Chelsea Premier League stats, we see that Fàbregas was far more likely to get forward and shoot with the Gunners, averaging a goal every 480 minutes and a shot every 37 minutes with the north Londoners.

However, as a creative force, his figures are largely similar with both clubs. Indeed, he remains the only player in the competition to register 40+ assists for two different sides.

In his 12 seasons in the Premier League, Fàbregas posted impressive stats throughout, with his development into a world-beating star apparent after just a few campaigns in the English top flight. His consistency is extremely impressive, with his two best seasons for goal involvement rates coming significantly apart, in 2009-10 with Arsenal and then 2016-17 with Chelsea.

One of the Premier League’s truly great creators, Fàbregas, at the grand old age of 33, isn’t done yet. The Monaco captain is leading his side on a Ligue 1 title charge which could well end in yet more top-flight silverware for the La Masia star. 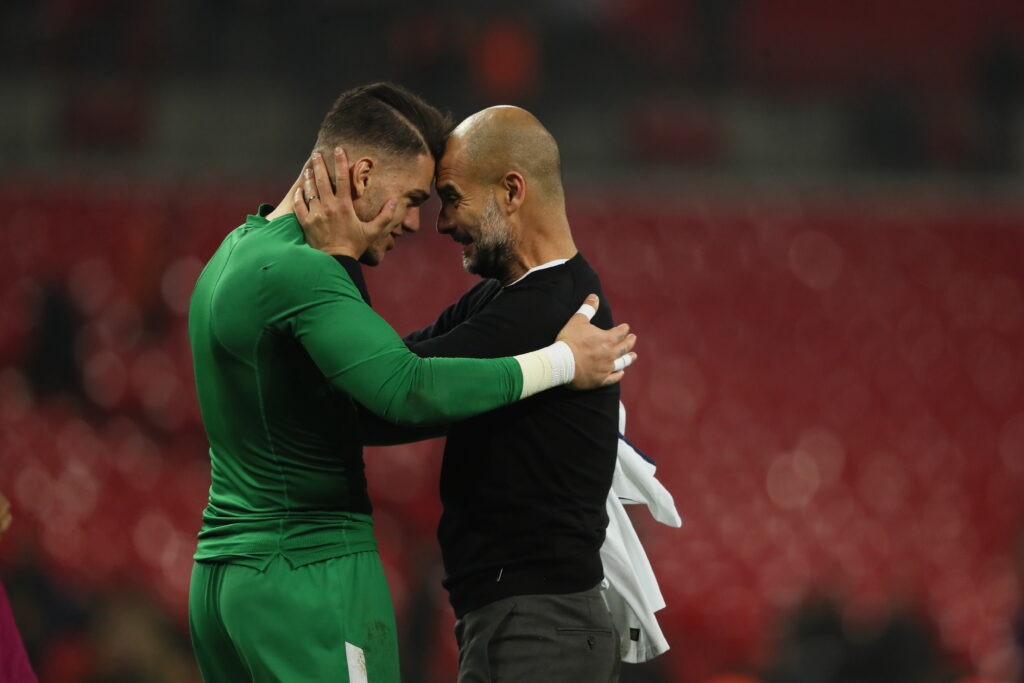