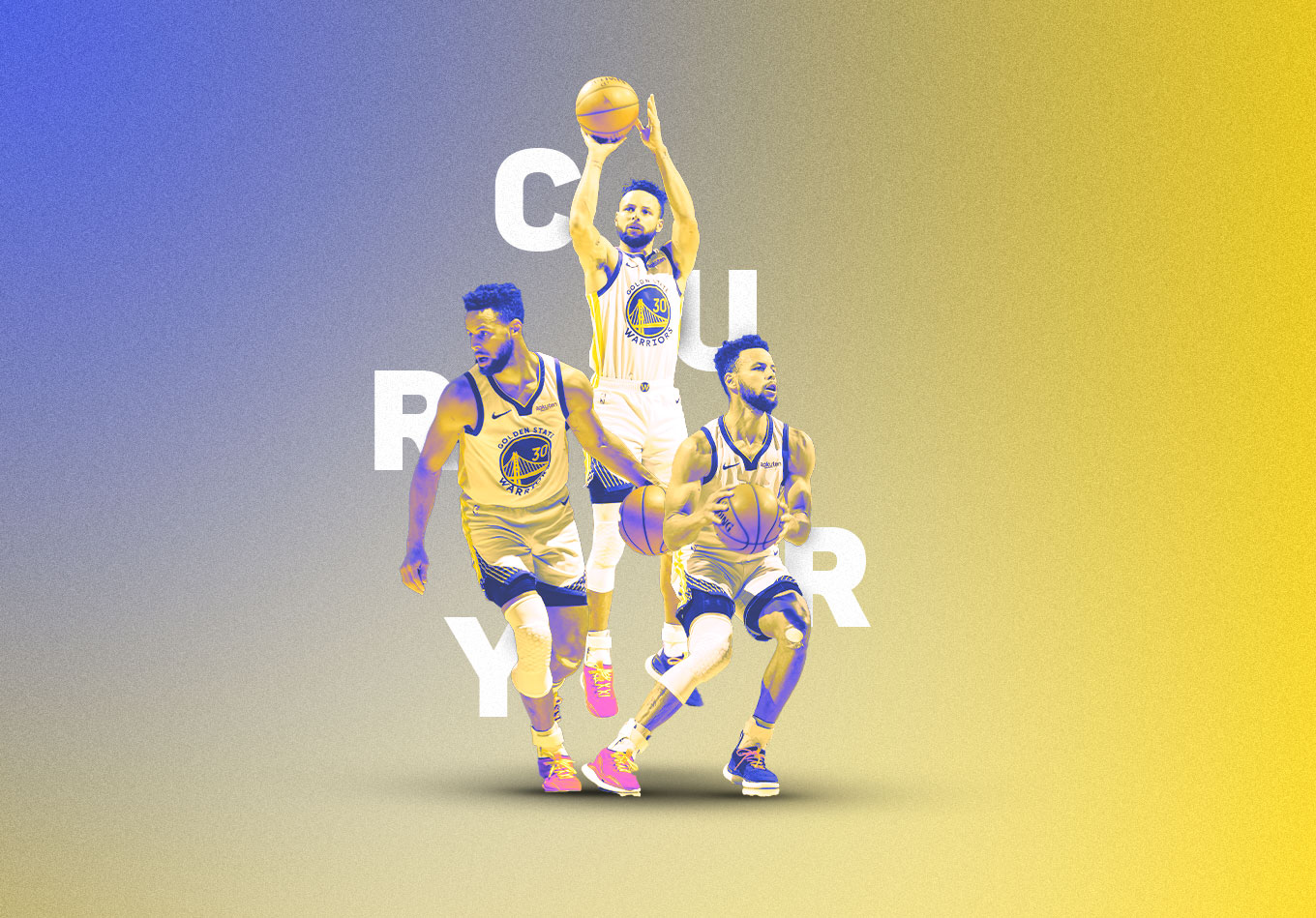 Against the Run of Logic: Trying to Make Sense of Steph’s Latest, Greatest Heater

When we look back on the hottest stretch of Stephen Curry’s first-ballot Hall of Fame, revolution-defining, genre-bending absurdity of a career, we’ll be able to boil it down to one simple, undeniable truth.

It lasted considerably longer than the European Super League.

OK, so do standard test cricket matches and most trips to the DMV, but Curry’s latest historic splash was a far more majestic and well-considered product than putting 15 #brands in the same general vicinity so their billionaire owners can compare the number of zeroes on last quarter’s merch receipts. If Steph’s career is modern-day Manchester City – a decade of multiple titles, offensive artistry and end-to-end brilliance – the other 14 members of the 2020-21 Golden State Warriors are far closer to Burnley and West Brom than they are Liverpool and Manchester United.

That he’s going to single-handedly drag these Warriors to at least a play-in spot defies explanation. We’ve seen what this team is without him. In the same month in which he’s averaged 38.7 points and hit double-digit 3s four times in a five-game stretch, the rest of the roster got outscored 81-30 over the second and third quarters of a 53-point loss to the Kyle Lowry-less corpse of the Toronto Raptors.

Golden State is plus-2.2 points per 100 possessions with Steph on the floor – think the overall level of the surprisingly good New York Knicks – and minus-5.6 when he’s on the bench. That would put them at around the same level as the Cleveland Cavaliers three years after that would be considered a compliment.

We’ve had ample evidence over the years that Curry is transcendent even without the context of a super team. His transformation from an undersized shooter into a playmaking assassin from anywhere inside the logo is, after all, the reason the Warriors built a juggernaut and put together one of the most dominant five-year stretches in league history.

But to do what he’s doing when the other top offensive options on the floor are Andrew Wiggins and Jordan Poole instead of Kevin Durant and Klay Thompson is one of his most incredible achievements to date.

You’ve seen most of the big numbers by now. Curry broke Kobe Bryant’s streak of most consecutive games (11) with 30 points by a player 33 or older with his 49-point flamethrower in a win at Philadelphia on Monday. He had more games with 40 points and 10 made 3s (four) in an eight-day span in April than any other player has in their entire career.

That 30-point streak came to an end in Wednesday’s 118-114 loss at Washington, where Curry’s 2-for-14 performance from beyond the arc registered as more of a shock than the otherworldly performances we’ve grown far too accustomed to witnessing. It’s a make-or-miss league, but no one was making shots like this version of Steph.

Curry has already shattered the NBA record for 3-pointers in April (74 in 11 games), though games rarely go past the midpoint of the month in a typical season. But he has four games left to hit nine 3s and establish a new record for triples made in any month.

Most 3s in Any Month

Curry is suddenly on pace to potentially top his own NBA record of made 3s per game (5.1), but he’s doing much more than just dropping daggers from beyond the arc.

Steph has averaged more shots in the restricted area (4.1) than he has since 2016-17 – his first with Durant – and he’s converting at his highest rate (65.6%) since his back-to-back MVP seasons. Zoom out to within seven feet of the basket and he’s taking 5.7 shots per game and knocking down 62.6% of those– numbers that are almost identical to his unanimous MVP win in 2015-16.

Only Denver Nuggets point guard Jamal Murray was more efficient inside seven feet among guards (minimum four attempts per game) before going down with a knee injury.

Put Steph as the ball handler in the pick and roll and, once again, good things are happening – even without Thompson to space the floor. In the six seasons the NBA has collected this data, 2020-21 Curry is beyond peer in points per possession as the ball handler (minimum five per game and 10 games played in the same uniform).

OK, that’s all well and good, but we can’t talk Steph without talking 3s. We’re all here for the shot-clock-about to expire, possession-has-stalled, create-something-out-of-nothing moonshots.

He’s ridiculously good at those, too. Let’s get weird for a second. Fifty-eight players have averaged at least one 3 a game on possessions in which they dribbled at least seven times since 2015-16 (deep breath). These are the bailout attempts that make Harden, Doncic and Lillard (none of whom are sniffing 40% this season) so dangerous even after 20 seconds of great defense. The Steph that’s currently invading your social media highlight feeds is the only one over the past six seasons to surpass 50% on those backbreakers.

3-PT% After 7-Plus Dribbles

So where does it all lead? Barring a surge from the New Orleans Pelicans down the stretch – and Zion and Co. have lost four straight – Golden State should at least finish in one of the four play-in spots. The Warriors have the fifth-easiest schedule the rest of the way. Nine of their last 13 are at home. Two of the four road games are against Rockets and Minnesota Timberwolves teams who, at that point, might try to suit up their marketing departments to boost their odds of landing Cade Cunningham.

Is a scorching-hot Steph enough to give Golden State a chance to survive a play-in against the Memphis Grizzlies, Dallas Mavericks or San Antonio Spurs? You’d have to say it could be, though getting on the right side of the top eight – thus, having two chances to punch a ticket to the playoffs – should be the goal during the remainder of the regular season.

Steve Kerr has used 15 different starting lineups this season as he’s navigated injuries and tried to find combinations that work. It’s been the same group for the last six – Curry, Wiggins, Draymond Green, Kevon Looney and Kent Bazemore – and the first four of those have played especially well together in April. Lineups with Curry, Wiggins, Green and the defensively stout Looney have a plus-14.7 net rating (124.7 points scored per 100 possessions, 110.0 allowed) in 116 minutes this month. That’s not exactly a harbinger of a championship to come, but it’s at least a core of four veterans Kerr can use in crunch time.

Imagine being the Utah Jazz. You’re going to set the NBA record for the most 3-point makes per game in a season. You’re 26-3 in Salt Lake City, have the West’s top seed in sight, and believe you have a legit chance, for the first time since the days of Stockton and Malone, to win the title.

Few believe you’ll succeed. The Los Angeles Lakers are too experienced when healthy, the Los Angeles Clippers and Phoenix Suns are starting to peak, the Denver Nuggets might have the MVP. Make it to the Finals and the three-headed monster of Harden, Irving and Durant could be waiting.

And, oh, one more thing. To even sniff a date with any of those teams, you might have to survive a de facto 3-point duel with the greatest shooter who’s ever lived in what’s improbably become perhaps his most impressive season in a career full of them.

Curry went 6 of 9 from 3 in the Warriors’ 131-119 win over the Jazz in mid-March. Golden State trailed by as much as 40 and watched Quin Snyder’s team drop 20 triples in their lone visit to Utah this season back in January.

We’re a month away from that series even possibly taking place. Curry still has a lot of work left to do to make that – or any other Warriors playoff matchup – become a reality.

Until then, he’ll continue to be basketball’s greatest current cheat code, doing things no one ever imagined an NBA player could do – and then doing them again two nights later. Fifteen 3s? A 75-point game?

Who could put it past him? 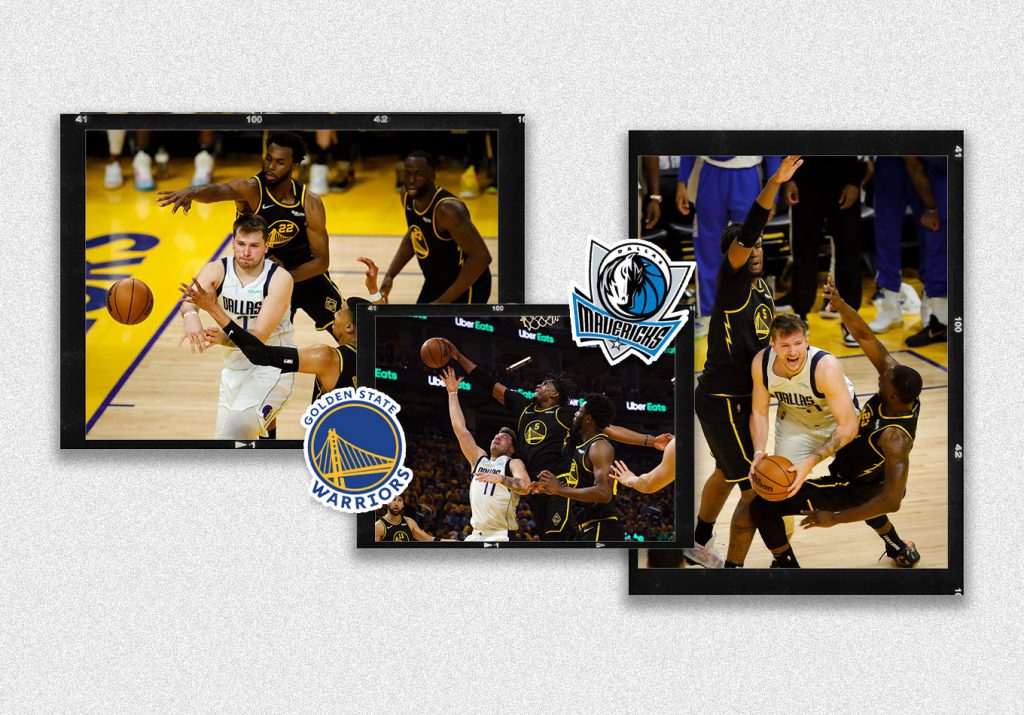 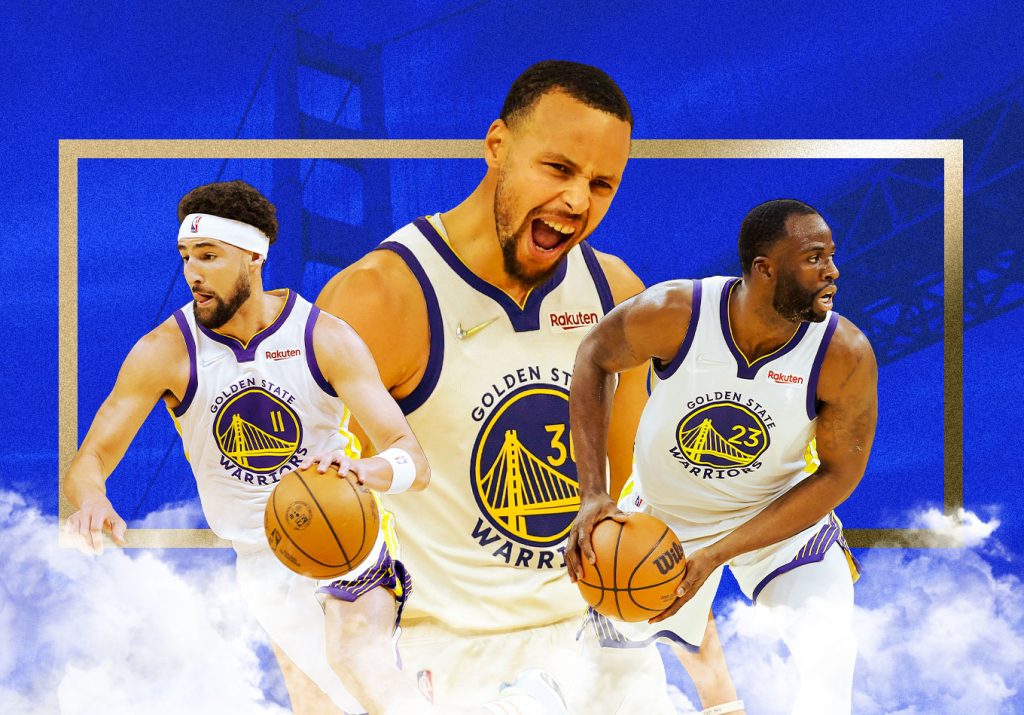 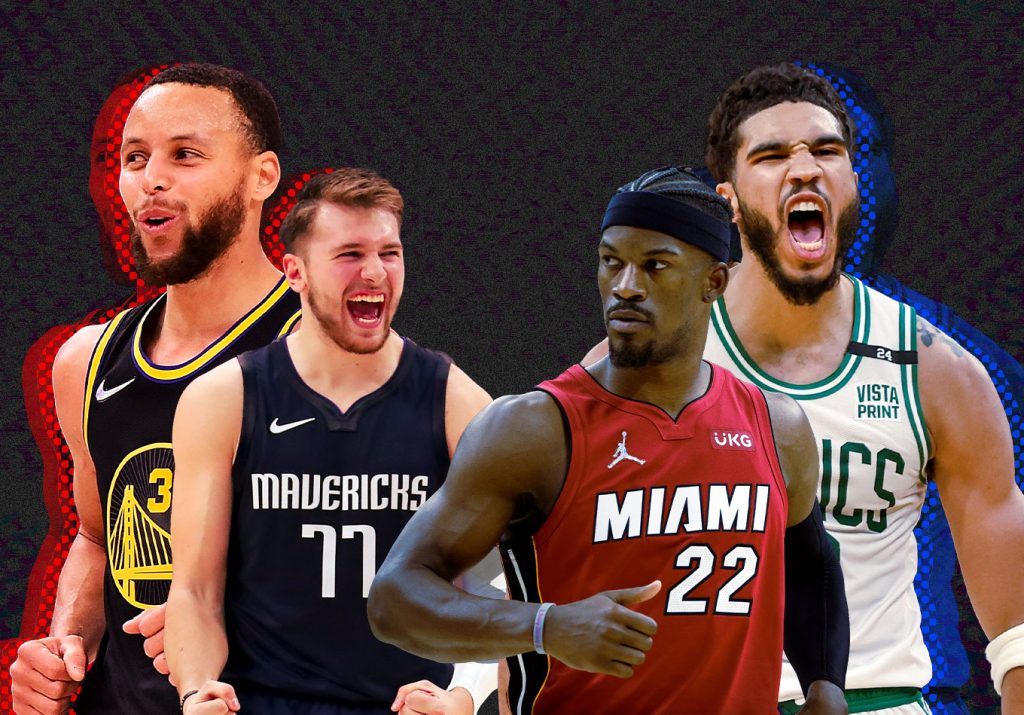 NBA Playoffs: What to Watch for as Four Teams Vie for a Trip to Finals 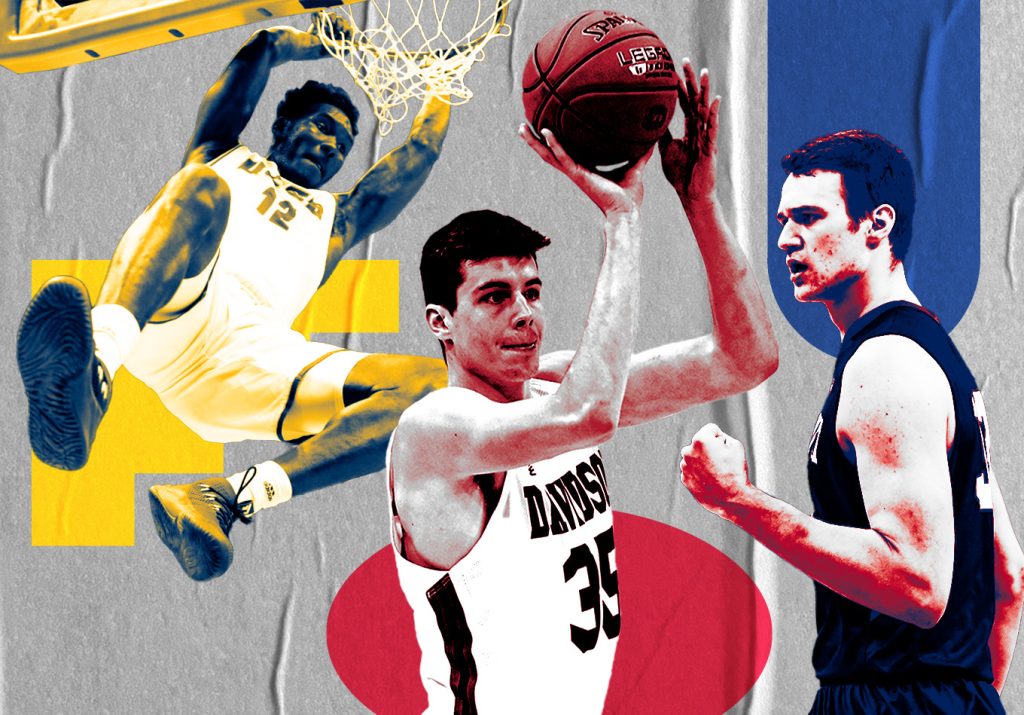