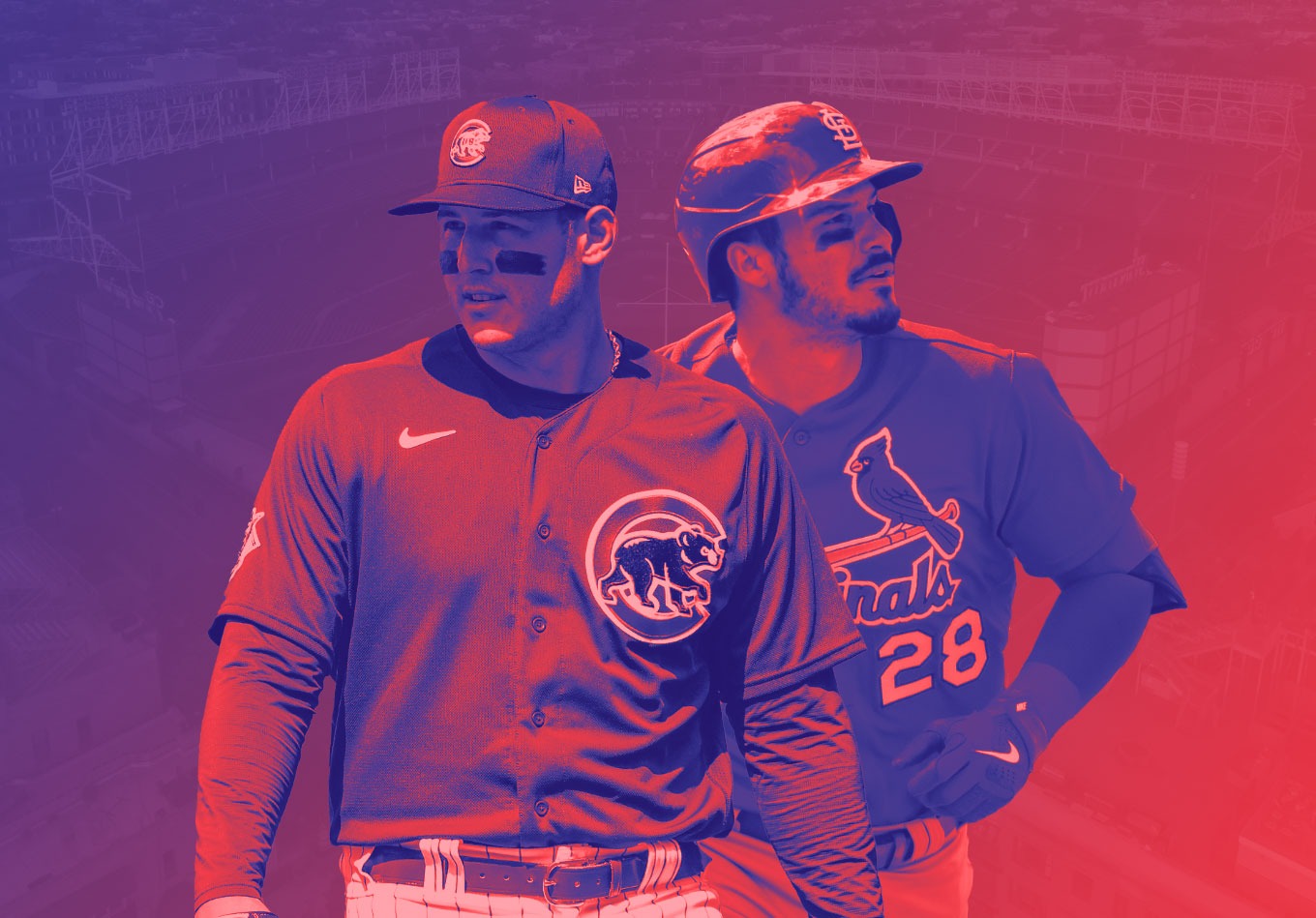 Will Arenado Lift the Cardinals? How Our Adjusted Team Rankings Line up the NL Central

For a while, it seemed as though nobody wanted to win the NL Central in 2021.

Another 2020 playoff team, the Cincinnati Reds, was considered a team on the rise in the division before letting NL Cy Young winner Trevor Bauer sign with the Los Angeles Dodgers without a fight and trading closer Raisel Iglesias to MLB’s other SoCal team. And the Milwaukee Brewers and Pittsburgh Pirates were mostly inactive this offseason after finishing below .500 in last year’s shortened season.

But then, the St. Louis Cardinals finally stepped out as if to say, “Okay, we’ll go ahead and try to win it,” by acquiring five-time All-Star Nolan Arenado from the Colorado Rockies. Will the Gold Glove third baseman make the Cardinals the team to beat? Not if his performance isn’t significantly better at the plate than last season.

Let’s take a look at who the favorites are in the NL Central according to our adjusted team rankings (ATR), which aren’t projections, but rather a single ranking system calculated using a model that combines each player’s 2020 raw value data and adjusted for 2021 rosters.

Many baseball pundits were bullish on the Reds entering 2020. And while Cincinnati made the playoffs, they failed to clinch a winnable division or win a playoff game – the Reds failed to score a run in a two-game sweep against the Braves. Cincinnati’s front office was fairly inactive, as the departures of SP Trevor Bauer and RP Raisel Iglesias made more headlines than any acquisition. Luis Castillo (57 RV-) and Sonny Gray (86 RV-) will lead a rotation that is Cincinnati’s biggest strength, despite losing Bauer. The Reds will need more production from an offense that was exactly league average in 2020 in terms of RV+, especially from former top prospect Nick Senzel (61 RV+).

Milwaukee is now three years removed from being one game away from the World Series. And while it’s a different team from the 2018 one, the Brewers have the pieces in place to return to the top of the NL Central. Lorenzo Cain returns after opting out of last season, Orlando Arcia (119 RV+) looks to build on an impressive 2020 campaign, and Christian Yelich will almost certainly bounce back from a disappointing effort in 2020 – he was among baseball’s best hitters in 2019. Josh Hader (67 RV-) remains a constant in the Brewers’ bullpen, but 2020 NL Rookie of the Year Devin Williams is their crown jewel, as he compiled an absolutely unfathomable 4 RV-. Four. He’s unhittable, and he could help carry one of MLB’s most underrated teams.

St. Louis hasn’t won a World Series in 10 years, and for fans and the front office alike, that is just far too long. So, president of baseball operations John Mozeliak went out and acquired a Gold Glove, All-Star third baseman for pennies on the dollar. There are questions about a pitching staff that collectively ended the 2020 season with the 12th-worst RV-, and the rest of the lineup has to produce more than last year – the Cardinals ranked 20th as a team in RV+. But this division might be the weakest in baseball, and with the Arenado trade, St. Louis might be able to take control of an advantageous situation.

After winning the NL Central for the third time in five seasons, it seems odd that the Cubs are cutting costs and shopping 2016 NL MVP Kris Bryant. But this is the state of Major League Baseball in 2021. Having said that, Chicago made a surprising number of bargain-barrel moves. Look at this list of players and see if you notice any high stock: Joc Pederson, Matt Duffy, Zach Davies, Shelby Miller, Kohl Stewart, Joe Biagini, Trevor Williams, Jake Arrieta and Jake Marisnick. Sure, Pederson raked in spring training. But if it was 2015, this might be a formidable team. It’s 2021, and the Cubs will need some more magic from Bryant (59 RV+), Anthony Rizzo (111 RV+) and Kyle Hendricks, especially since they need to fill the holes left by Kyle Schwarber and Yu Darvish. A bright spot could come from the rotation, which holds four players who ranked in the top 15 in command+. Is that enough to bring the postseason back to the Friendly Confines?

Pirates fans likely would benefit from another 60-game season so their misery would only be short-lived. You know things are bleak when the franchise’s biggest move of the offseason was trading away a former first-round pick. 2021 will be yet another year of player development, as youngsters Mitch Keller (129 RV-), Ke’Bryan Hayes (147 RV+) and Bryan Reynolds (89 RV+), among others, are all expected to be part of Pittsburgh’s future. Having the first pick in the upcoming draft can’t hurt either.