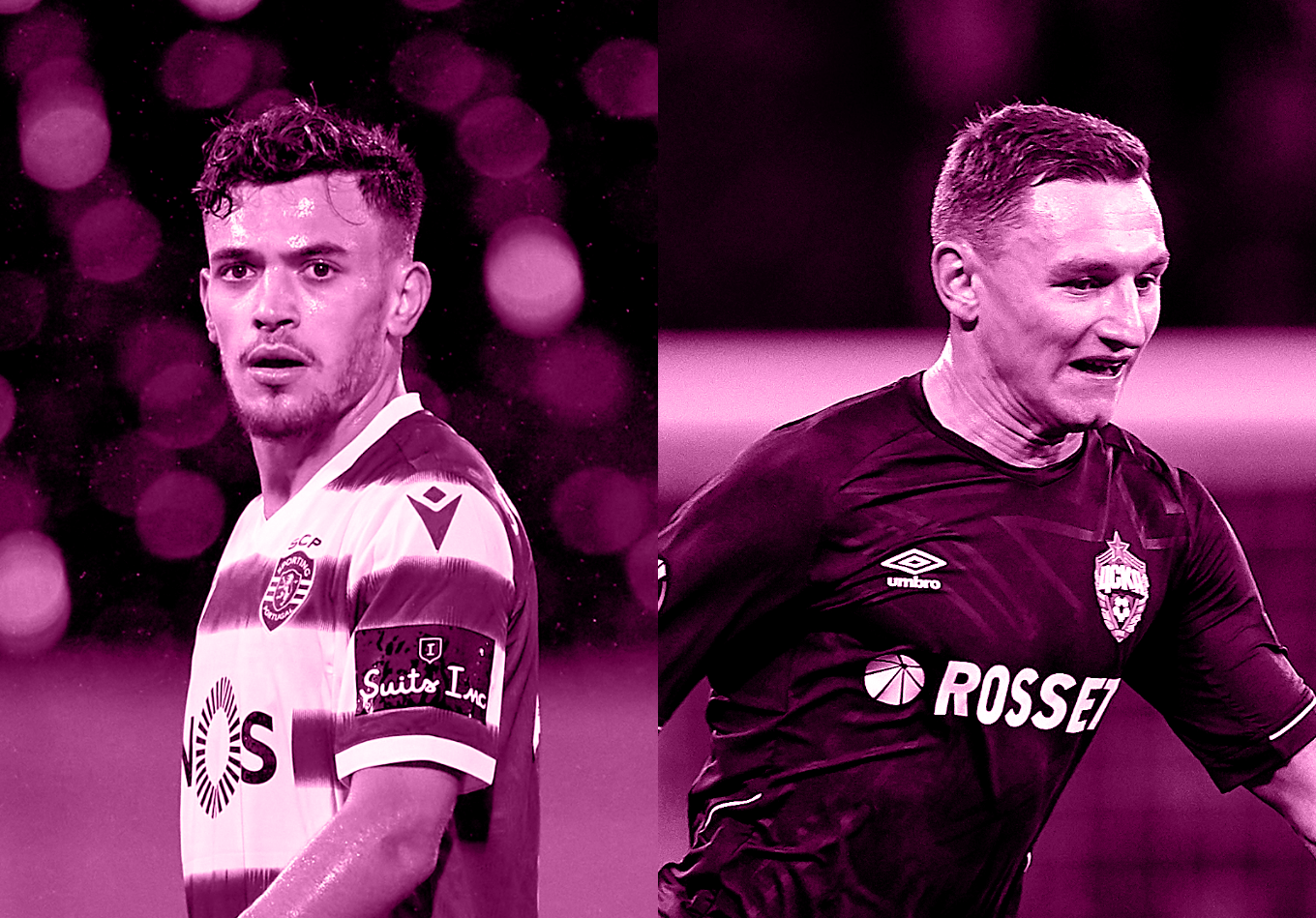 Five to Watch: European U21 Championship

With the 2021 European Under-21 Championship kicking off this week, we’ve analysed five youngsters who are set to play in the tournament and look to have big futures ahead of them.

It’s entirely possible the staging of the 2021 European Under-21 Championship will have passed many people by, given the fact it’s taken on a somewhat peculiar format with a mid-season group stage happening now and the knockout phase following two months later.

Originally due to take place solely in June, organisers were forced into a re-think following last year’s postponement of the senior competition. It was decided to split the Under-21s’ event in two, therefore avoiding a clash.

Despite the rather unconventional format, the competition will see many of the continent’s most-promising prodigies on display.

The Hungary- and Slovenia-based tournament begins on Wednesday with the Magyars hosting Germany, and we have identified some high-potential talents to keep an eye on.

Lafont has been a regular at this age-group level with France for many years, but a brief stint at Fiorentina in 2018-19 did not go to plan, with the Toulouse youth product freely admitting his performances “were not the best” as he secured to a loan move to Nantes ahead of last season.

Only Andrea Consigli (six) made more than Lafont’s four errors leading to shots in Serie A two seasons ago, but his dependability appears to have improved considerably since returning to France, with no shots occurring because of errors by him in 57 Ligue 1 matches.

He also produced a particularly strong performance in the shock 2-1 win over Paris Saint-Germain earlier this month, making four saves including a couple of eye-catching stops to thwart Angel Di Maria.

Looking closer at Lafont’s goalkeeping performances for a struggling Nantes side in 2020-21, he’s not had the greatest campaign based on the metrics. When discounting own goals and penalties by the opposition, Lafont has allowed 3.5 goals more than the ‘average’ goalkeeper would have been expected to concede in Ligue 1 this season (37 conceded, 33.5 xG on target).

The metric ‘Goals Prevented Rate’ can help us account for different goalkeepers facing a different volume of shots over a period of time. To illustrate this, take PSG goalkeeper Keylor Navas. He has a goals prevented rate of 1.37 this season, meaning for every non-penalty goal that Navas has conceded (excluding own goals), the average goalkeeper would be expected to concede 1.37. Lafont’s rate of 0.91 this season is 10th out of 17 goalkeepers to have played 1,800 minutes of French top-flight football in 2020-21.

However, France’s regular at this level knows he has a very capable understudy in Illan Meslier breathing down his neck, waiting for the chance to get into the team.

Prior to his 21st birthday earlier in the month, Meslier broke the record for the most clean sheets by an under-21 goalkeeper in a single Premier League season (eight) and has since added another to that figure.

That means he has three times as many shutouts as Lafont. But why then has Meslier not conceded fewer goals?

For starters, it suggests Lafont is more consistent but also highlights that when Leeds concede, the floodgates can really swing open. With those 46 goals spread across 19 matches, it means Meslier is conceding on average 2.5 goals per game when he doesn’t get a clean sheet – this drops to 1.7 for Lafont. Additionally, Meslier’s seven errors leading to shots is more than any other player in the Premier League this term, perhaps showing he’s still in the inexperienced, nervous phase that Lafont has seemingly left behind. Meslier’s superior save percentage of 71.1 compared to 65.7 speaks to the former Lorient youngster’s shot-stopping abilities, though for the time being Lafont’s greater consistency looks set to keep him in the first-choice role.

A promising loan spell with Heerenveen last season alerted Lille to the talents of Ajax-owned Botman and he has been a real hit for Les Dogues since his reported €8m move, helping them to mount a serious Ligue 1 title challenge.

Lille’s 19 goals conceded is the fewest in France’s top tier and, while not necessarily entirely down to Botman, there’s no doubt he’s made his presence known as a reliable powerhouse at the back.

Of all 856 players across Europe’s top five leagues to have engaged in at least 150 duels, Botman’s 71.4% success rate is the best, and that competitiveness is also reflected in his aerial prowess. Only four of the 157 players across the top five European leagues in 2020-21 to have been involved in 100+ aerial duels have a better success rate than the Dutch youngster (72.5%).

While his impressive physical attributes might lend to certain assumptions about his style of play, Botman is more than a brutish centre-back, as proven by the fact his 452 ball carries – defined as a player moving five metres or more with the ball – is the fourth-highest among Ligue 1 central defenders.

Of course, there is likely to be a glaring absence from the senior Dutch side at the Euro 2020 finals later this year, with Liverpool boss Jürgen Klopp not expecting Virgil van Dijk to be ready for the tournament.

As such, there’s potentially a spot up for grabs in the centre of the Netherlands defence, and Botman’s combination of power and elegance suggests he could be a good fit as Van Dijk’s deputy. Granted, the young defender – who hasn’t been capped at senior level yet – still has a way to go to match up to the Reds’ star from last season but in the context of young defenders of a similar ilk, Botman certainly compares well, and his strengths are similar to those of Van Dijk.

His aerial stats prove he’s an excellent physical specimen, and his effectiveness in duels reflects the fact he’s a difficult defender to beat. A strong showing here might just help convince Frank de Boer that Botman’s ready to step up later this year.

Les Bleus are blessed with an embarrassment of riches in most areas, but the fact Jules Koundé is turning out for the Under-21s in this tournament instead of the senior side exemplifies their depth in quality at the heart of the defence.

In his second full season with Sevilla, Koundé has kicked on following a hugely encouraging second half to 2019-20, so much so that he’s arguably the first name on the team sheet these days.

His forward-thinking nature has made him key to Julen Lopetegui’s ‘Lavolpiana build-up’ defensive structure, a setup attributed to Argentinian coach Ricardo La Volpe that essentially demands centre-backs carry the ball forward from a three-man backline.

Only two central defenders in La Liga have bettered Koundé’s rate of 19.2 carries per 90, while there are just three who have covered more distance carrying the ball further up field than the Frenchman this term (2,774 metres).

This positivity is generally offset by Fernando dropping in to form a faux back three, while Koundé’s movement up the right can often create overloads as he teams up with Jesus Navas, Sevilla’s biggest chance creator (44).

But evidence of his progressive mentality doesn’t stop there. While possessional stats can often be skewed for centre-backs, given the sheer number of simple short balls played between defensive colleagues, Koundé is clearly looking ahead, and often.

No defender has been successful with more open play forward passes than Koundé this season in La Liga (507), with the Frenchman completing an impressive 79% of these. Therefore, it’s not surprising to learn no Sevilla player has been involved in more shot-ending build-up sequences than he has (53), demonstrating his value to their forays forward, despite not attempting the shots or making the final pass in that move.

Koundé is a prime example of how centre-backs can be just as satisfying to see in possession as your classic playmakers – in fact, that is essentially what he is developing into, a defensive playmaker of the mould who would have looked at home in the great Barcelona teams of the past 14 years.

It’s fair to say that when Sporting CP set out to replace Bruno Fernandes, never in their wildest dreams would they have expected what they got. Pedro Gonçalves had been a key figure for Famalicão in 2019-20, but to say he’s surpassed expectations in Lisbon would be an understatement.

Gonçalves operates in similar spaces to Fernandes, albeit drifting towards the right a little more, and his hot streak in front of goal has helped put Sporting on course for a first league title since 2001-02.

In 22 Primeira Liga matches, the attacking midfielder has scored 15 goals – unlike Fernandes, none of these have been penalties. The 22-year-old’s expected goals total is just 6.9, meaning his over-performance of 8.1 is the biggest across Europe’s top six leagues, barring only Robert Lewandowski (9.3). Of course, the chances of him being able to sustain such a run in the long-term are low, but it still highlights what a danger the former Wolves youngster poses in his current form.

Comparisons with Fernandes have been rife, for obvious reasons, but they show many different traits to their game.

In Fernandes’ final 50 league games for Sporting, he averaged 3.4 shots per 90 minutes and 2.3 of those non-penalty shots came from outside the box – Gonçalves attempts 2.6 on average each game, with only 1.1 coming from outside the penalty area. As such, the average quality of Fernandes’ shots in his final 50 games for Sporting wasn’t outstanding, with his xG per non-penalty shot standing to 0.07. Gonçalves’ is almost double that at 0.13, suggesting he picks his moments more wisely while also taking fewer attempts.

Nevertheless, despite Fernandes’ penchant for a long-range effort, he only scored four times from outside the box in his final 50 league matches for Sporting – Gonçalves already has three this term from 28 fewer games.

The biggest difference between the pair is assists. Fernandes’ 20 in his final 50 outings for Sporting dwarfs Gonçalves’ three in 2020-21. Interestingly their expected assists per 90 minutes isn’t hugely dissimilar. Fernandes is ahead 0.29 to 0.20 in this area, but a potential explanation for this potentially lies in the respective teams they’ve played in. The next highest-scorer for Sporting this season after Gonçalves himself is Nuno Santos with six – they don’t have a prolific centre-forward, whereas Fernandes was supplying Bas Dost, who netted 76 times in 84 league games for the club between 2016 and 2019.

As we all know now, Fernandes was on the trajectory of an elite-level player. He’s proven this at Manchester United, though there were certainly those who were sceptical about him prior to his move.

It’ll be a tough ask, but why can’t Gonçalves continue to defy expectations?

Russian striker Fedor Chalov is undoubtedly one of the most experienced players involved at the tournament, with the 22-year-old having already played 115 Russian Premier League matches in addition to his 11 UEFA Champions League appearances.

Chalov burst on to the scene in Russia with CSKA Moscow at 18 years old back in November 2016 and scored in just his fifth top-flight appearance for the club versus Ural a month later.

After scoring six goals in each of his opening two league seasons at CSKA, 2018-19 was when he really began to make a name for himself in Russia – winning the league’s top scorer award with 15 goals, while also posting his best-ever season tally for assists (7).

It’s fair to say Chalov’s career hasn’t kicked on as expected since then, scoring just 13 goals in 50 top-flight appearances over the past two seasons, but his performances have been stirring enough to attract the attentions of multiple Premier League clubs during the January transfer window.

Despite this, Chalov’s numbers domestically at top-tier level are mightily impressive for a player so early in his career. Despite only being 22, his tally of 60 goal involvements since his Russian Premier League debut are the third most by a player in the competition.

Russia are certainly one of the underdogs for the 2021 Under-21 European Championship and are unlikely to top their group, having been drawn alongside favourites France. However, if Chalov can find form in the first stage of the tournament then he could be the linchpin to Russian hopes of qualifying for the knockout stages in May. 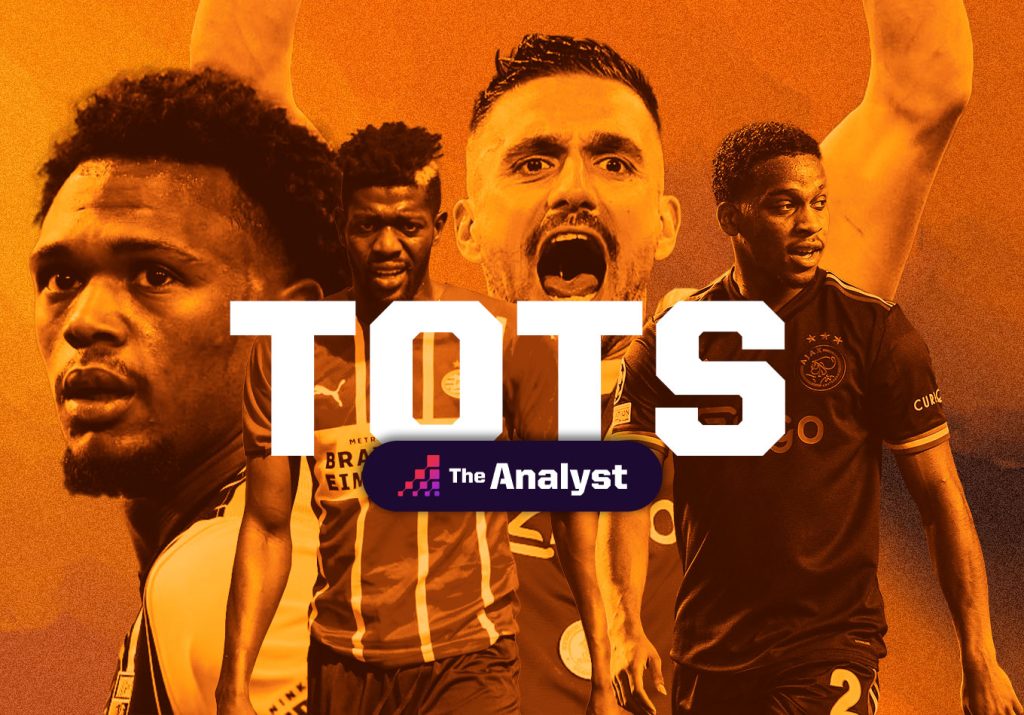