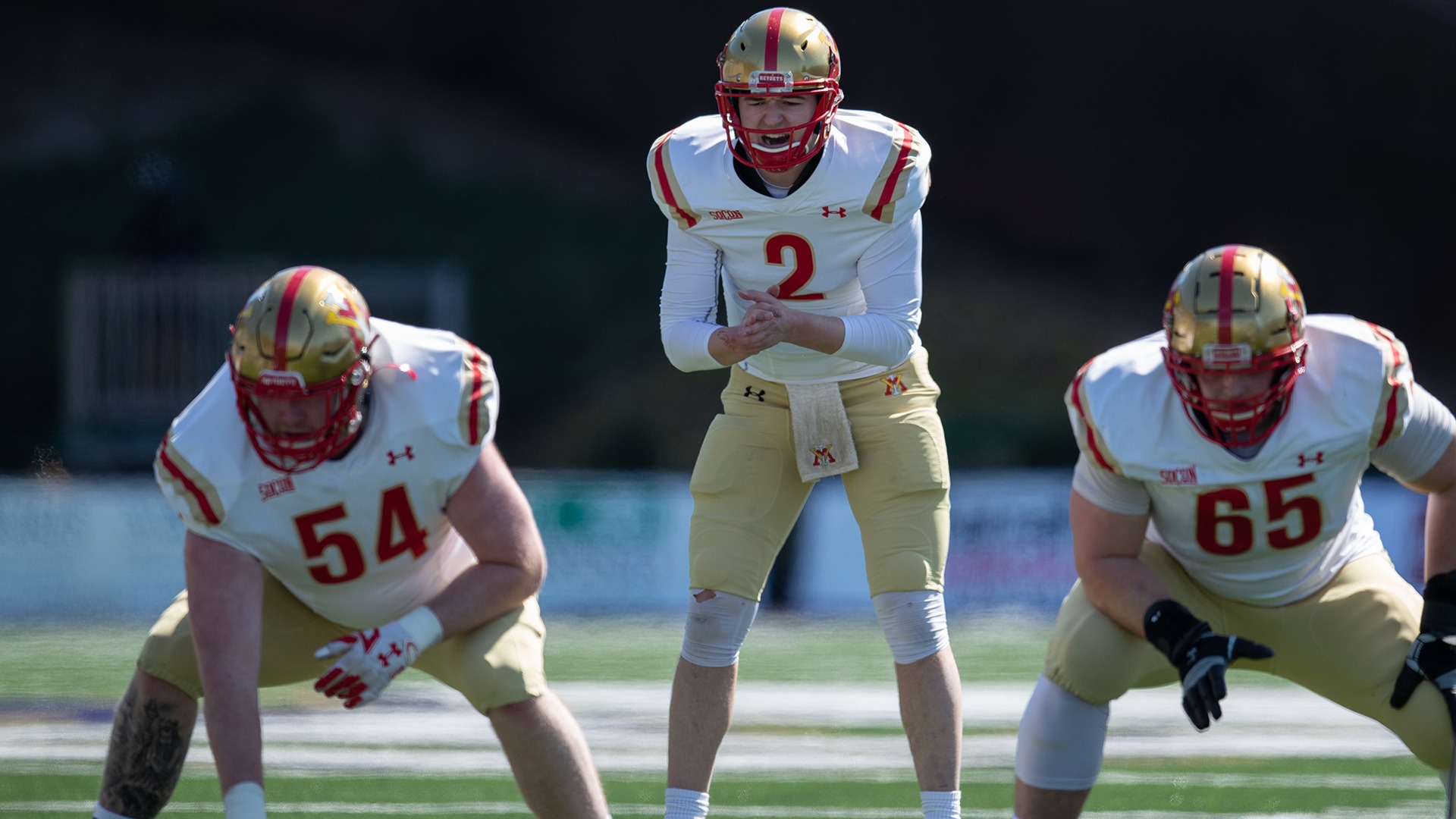 The day hasn’t mattered during the first month of the FCS spring season – it’s been been Survival Saturday followed by Survival Sunday.

Top 10 teams are regularly losing games or having close calls. This weekend, No. 2 Weber State joined the list of nail-biters, having to hold on for a five-point win at home against UC Davis.

Conversely, there are many surprising teams, including unbeatens Murray State, North Dakota, UIW and VMI, that are carving out their place in the thrilling spring season.

Here are five takeaways from Week 5:

* VMI has never been ranked since the Southern Conference moved to the FCS level in 1982, but after being one spot outside the Top 25 last week, it may happen on Monday. The resurgent Keydets are 3-0 in the Southern Conference following a 41-14 win over Mercer and on an overall four-game winning streak, both for the first time since 1981, which was the Keydets’ last winning season (6-3-1 under Bob Thalman, but note the 2002 and ’03 squads each finished 6-6 under coach Cal McCombs). Recent improvement is occurring under sixth-year coach Scott Wachenheim, whose program ended a 25-game losing streak in 2018 and went 5-7 in 2019, including the season-ending win over Chattanooga. Quarterback Reece Udinski is leading the way, needing only 209 passing yards to surpass the Keydets’ all-time mark. While VMI doesn’t have distinguished FCS history, it went 9-0-1 in 1957 and was ranked as high as 13th before finishing 20th in the Associated Press poll.

* Considering their dominance in the FCS, it would be remarkable if North Dakota State and James Madison – the preseason No. 1 and 2 teams, respectively – both undergo quarterback changes in basically the same week. JMU coach Curt Cignetti announced a switch from Cole Johnson to Gage Moloney last Monday just hours before the postponement of Saturday’s game against William & Mary, meaning the redshirt junior is now set to make his first start against Richmond next weekend. True freshman Cam Miller played the majority of the second half during NDSU’s 21-13 win over Illinois State, giving the three-time defending FCS champ a running threat they don’t have with season-opening starter Zeb Noland. NDSU coach Matt Entz has yet to announce his starter for the Bison’s upcoming showdown against North Dakota.

* Bad playoff losses in the 2010s too often led to Sam Houston and Jacksonville State not receiving their due national respect, but there’s no disparaging their start in the new decade. Sam Houston’ 71-17 destruction of Nicholls – fueled by Eric Schmid’s six touchdown passes – gave the Bearkats a second straight Top 25 win and was their largest margin of victory ever against a ranked opponent. Coach K.C. Keeler’s Southland co-leader hasn’t been ranked in the Top 10 in 30 straight national polls, but that could change on Monday. Jacksonville State returned to the Top 10 last week and followed up with a 30-13 road win at UT Martin, meaning the Ohio Valley co-leader (6-1, 3-0) is on a six-game winning streak since the fall and ties the Gamecocks with Yale for the longest active FCS streak (Yale is sitting out the spring season). Coach John Grass’ squad is getting solid play out of quarterback Zion Webb (seven touchdown passes in three spring games) in relief of the injured Zerrick Cooper.

* Defenses flexed their muscle when the Big South, Patriot and Pioneer conferences jumped into league play (only the PFL, though, avoided having a COVID-19 postponement). The seven winning teams allowed just 240 yards and 13 points on average with only two opponents going over 300 yards and only one reaching 20 points. The defensive highlights included defending PFL champ San Diego allowing just 25 yards – the league’s all-time single-game low since it began in 1993 – in a 13-10 win which was the Toreros’ 38th straight in league, and defending Patriot champ Holy Cross smothering Lehigh 20-3, allowing just 137 yards – the fewest since the Crusaders held Georgetown to 65 in a 55-0 shutout win on Sept. 22, 2007.

* No team seemed more deserving of a win on Saturday than Southern Utah considering it previously fell to Northern Arizona on a last-play touchdown and then to Idaho State on a field goal with five seconds remaining. The Thunderbirds got in the win column, 34-24 at Cal Poly behind Justin Miller’s three touchdown passes. Equally of note was Cal Poly’s first game under coach Beau Baldwin, who is back in the Big Sky after three seasons as Cal’s offensive coordinator. The 2010 FCS championship-winning coach at Eastern Washington is transitioning Cal Poly to a multiple-set offense after the Mustangs ran a triple option for 13 years under former coach Tim Walsh. The stark changes reflected in Jalen Hamler passing for 272 yards (the most by a Mustangs QB since 2009) and the Mustangs rushing for only 47 yards (the fewest since 2004) with a time of possession of 23 minutes, 22 seconds (the lowest since the 2013 season opener).