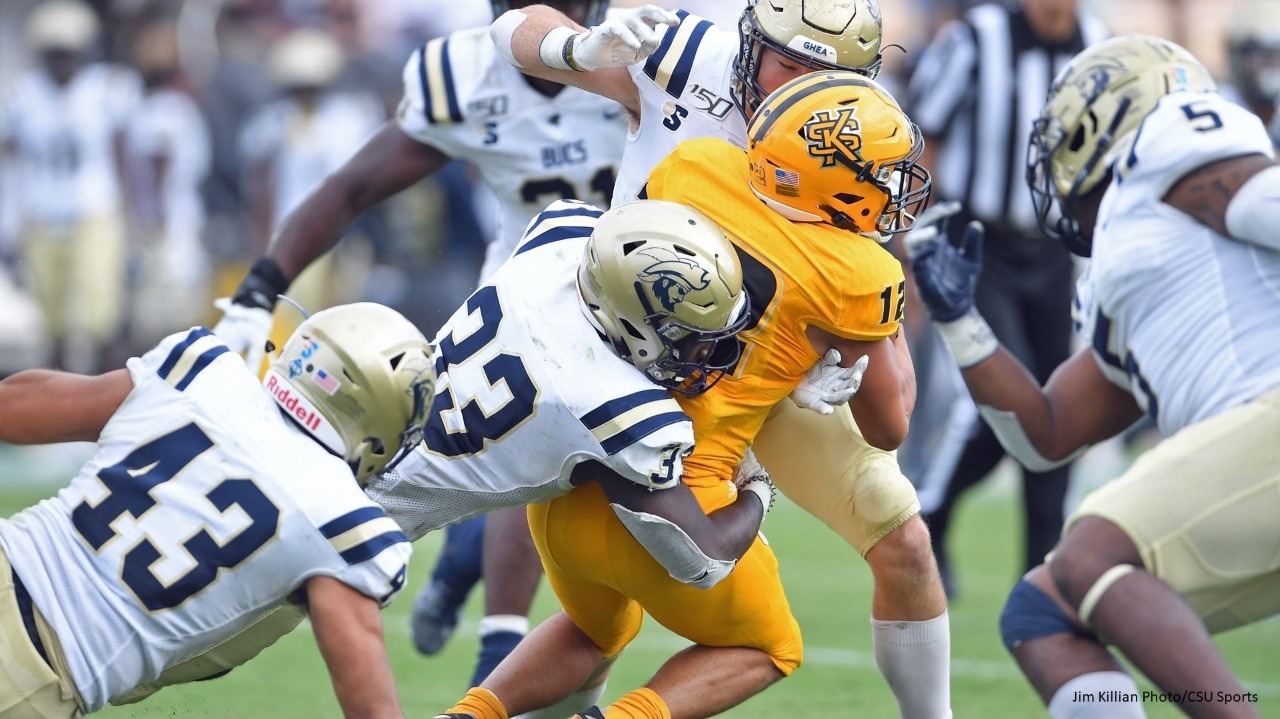 Not all schools have decided to play this spring. In the Big South Conference, five of the eight programs – not Campbell, Hampton and North Alabama – will play a four-game conference schedule, which begins on March 13. Nonconference games are permitted.

Following is a capsule look at Big South spring participants in order of predicted finish:

THE SKINNY: Strangely, the preseason No. 10 Owls went from being a prohibitive favorite in the Big South poll last July to being surpassed by defending champ Monmouth in a new spring poll. Their matchup at Monmouth on April 10 is expected to determine the conference title, which the Owls won in 2017 and ’18. Fifth-year linebacker Bryson Armstrong is a three-time first-team all-conference selection and the heart and soul of the team, but Owls’ football also means the triple option, and it can lean on two different quarterbacks, Tommy Bryant and Jonathan Murphy, as well as running back/return specialist Isaac Foster, who returns from a broken leg in 2019. Up front, tackle Jake Lassiter and guard Chris Dye are among the best linemen in the conference. The Owls’ 34 wins over the last three seasons are the third-most in the FCS.

THE SKINNY: Monmouth enjoyed its best season ever in 2019, winning the Big South title and finishing with a No. 12 national ranking. While the Hawks are replacing quarterback Kenji Bahar, the Big South offensive player of the year, and near-2,000-yard rusher Pete Guerriero, they are still senior-laden. Guerriero can be replaced by Juwon Farri, who was a 1,000-yard rusher in his most recent season in 2018. The quarterbacks include senior Max Smyth and freshman Tony Muskett. The excellence of wide receivers Lonnie Moore IV (74 receptions, 1,022 yards, nine TDs) and Terrance Greene Jr. (65-916-10) and an-A.J. Farris-led offensive line will take pressure off the new starting signal caller. The defense may be as deep as it’s ever been, featuring linebacker Da’Quan Grimes, defensive backs Anthony Budd and Justin Terry.

THE SKINNY: Monmouth and Kennesaw State have gained the national attention, but the Bucs lurk as a danger to both programs. They ended the 2019 season with four straight conference wins and after the long offseason will be ingrained in Denson’s philosophies and systems. The defense is excellent in the front seven, even with having to replace stalwart linebacker J.D. Sosebee. Senior defensive ends Nick Salley and Anton Williams and junior defensive tackle Shaundre Mims combined for 46½ tackles for loss and 24 sacks in 2019. Dual-threat quarterback Jack Chambers will run the fast-paced offense again, but has to find new playmakers. The Bucs’ excellent special teams feature All-Big South place-kicker Alex Usry and All-America long snapper Ethan Ray.

THE SKINNY: Originally an FCS independent this academic year, Robert Morris was granted early membership to the Big South and is eligible for both the conference championship and automatic qualifier to the playoffs. The Colonials, coming off their first winning season since 2010, enters their first Big South season with 12 returning starters, led by two juniors, running back Alijah Jackson and linebacker Aniello Buzzacco, who racked up a school-record 131 tackles in 2019. Jackson and quarterback George Martin III benefit from the return of all five starters on the offensive line. The Colonials will play at FCS power James Madison on Feb. 27 before embarking on their first Big South schedule.

THE SKINNY: Gardner-Webb had to cancel a scheduled game at Charlotte this past fall, so Lamb’s coaching debut will be against Elon on Feb. 27. Only 31, Lamb arrived from his alma mater, Tennessee Tech, where he was the offensive coordinator the last two seasons. The Runnin’ Bulldogs last posted a winning season in 2013. Wake Forest transfer quarterback Tayvon Bowers and freshman left-hander Jy Tolen will be thrilled to work with wide receivers Izaiah Gathings (71 receptions, 1,046 yards, 11 touchdowns) and Devron Harper (51-653-4). The defense ranked last in the Big South in 2019 and has lost linebacker Darrien Reynolds (team-high 129 tackles) since the fall. The unit will count heavily on defensive end Shai Thomas, defensive tackle Janathian Turner and linebacker Cade Hamilton.