Are the Bills Ready to Become the New Kings of the AFC? | The Analyst 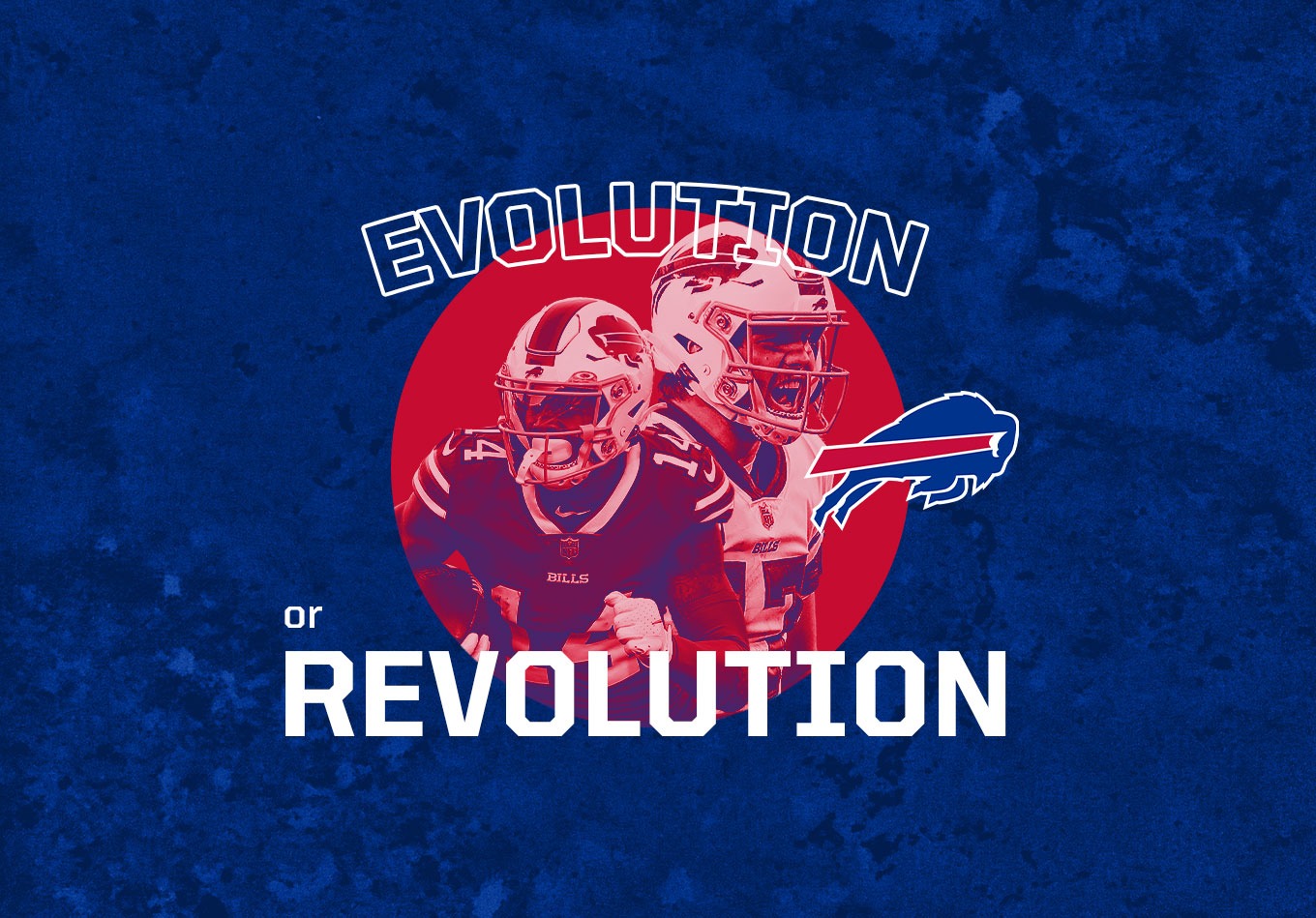 Are the Bills Ready to Become the New Kings of the AFC?

The Buffalo Bills will look back on the 2020 season as one in which the 2018 gamble they took on Josh Allen began paying the dividends they expected.

After signs of improvement in 2019, one of the most polarizing quarterbacks in the NFL took a gigantic third-year leap by complementing his remarkable athletic gifts with legitimately elite passing performances to transform him into one of the most dynamic signal-callers in the league.

But Allen’s jump to the league’s elite at the game’s most important position still wasn’t enough to propel the Bills to their first Super Bowl title.

The Bills, like so many teams before them, were undone by the brilliance of the Kansas City Chiefs, losing 38-24 at Arrowhead Stadium as their quest for the Lombardi Trophy ended in an AFC championship game defeat.

What do the Bills need to do to finally get over the hump in 2021? Rather than asking around, we consulted the 2020 data and their offseason moves to this point to determine what Buffalo’s next steps should be ahead of another run at a maiden title.

The impact of Allen’s development on Buffalo’s offense is illustrated by the efficiency the Bills demonstrated in 2020.

Having finished 22nd in yards per play in 2019 with an average of 5.19, they improved to sixth with a jump to 6.13. They were fourth in yards per passing play (7.42), while only the Green Bay Packers and Tampa Bay Buccaneers put up more touchdowns through the air than Buffalo’s 40.

Buffalo’s surge as a passing attack was fueled by a huge uptick in accuracy from Allen.

Going into the 2020 season, Allen’s highest completion percentage in his NFL career was 58.8, set in 2019. Last year, Allen completed 69.2% of his pass attempts, trailing only Aaron Rodgers, Drew Brees and Deshaun Watson.

He was sixth in the league in touchdown-to-interception ratio, throwing 37 scores to 10 picks, and was fourth in completions of 20 yards or more with 62.

His passer rating of 107.4 on pass attempts beyond 20 air yards was ninth among quarterbacks to have at least 25 such attempts, with Allen’s success on deep balls aided by the trade acquisition of Stefon Diggs.

Diggs led the NFL with 1,535 receiving yards after arriving from the Minnesota Vikings, becoming Allen’s go-to target as he caught 73 receptions for a first down, a tally bettered by only Travis Kelce (79) and DeAndre Hopkins (75).

What the Bills offense lacked was balance. It may be true that NFL teams like the Bills with quarterbacks capable of taking off value top-tier running back production less than those that don’t, but at the end of the day, yards are yards and there has to be production one way or another. The Bills didn’t quite have it. The running game struggled to get going throughout the year, with Buffalo finishing the season ranked 20th at 4.19 yards per rush.

Devin Singletary’s 18 rushes for negative yards was tied for ninth in the league, and while the Bills were 13th with 53 rushes of 10 yards or more, 16 of those came from Allen, with rookie third-round pick Zack Moss contributing only 12.

Left tackle Dion Dawkins is Buffalo’s top projected offensive lineman heading into 2021 at 4.1% better than the league average – 40th in the NFL. Our 2021 OL projected rankings are based on combined run block and pass protection data over the past three seasons.

The Bills would have been in the league’s bottom five in that category if not for Allen’s contributions. While the emphasis was more on what their dual-threat signal-caller can do with his arm in 2020, he also did his best to elevate a running game that will hope to be much more efficient in 2021.

The Bills were far from the first team to fail to stop the Chiefs, and they will not be the last.

But the porous nature of their defensive performance was reflective of a mediocre year on that side of the ball for Buffalo. The Bills ranked 15th in opponent yards per play allowed (5.5). They were ninth against the pass (6.1) but a lowly 26th versus the run (4.62).

Opponents ran successful plays against the Bills’ defense 51.8% of the time, putting them 22nd in the NFL. Buffalo was middle of the road (15th) in terms of opponent scoring efficiency, giving up either a field goal or a touchdown on 67 of 170 opponent drives.

Tied for 15th in sacks with 38, the Bills were underwhelming in converting their pressures. They had 163 quarterback hurries (17th) and 90 knockdowns (tied for 13th), indicating an offseason need to find a pass rusher who can consistently finish.

Where the Bills did excel was in taking the ball away. Their 26 turnovers ranked tied for third while they scored 90 points off takeaways, good for seventh in the NFL.

Cornerback Tre’Davious White led the way for Buffalo with five of those takeaways, three of which were interceptions, in another stellar season for the two-time Pro Bowler.

Buffalo possesses talent at every level of the defense, and even though the Bills fell short at Arrowhead Stadium, there is plenty of reason to believe the addition of a game-changer up front can spark an upturn in defensive fortunes and put them over the top in 2021.

The Bills have quietly enjoyed a productive and impressive offseason. Matt Milano signed a four-year, $41.5 million contract that will likely look a bargain if and when Fred Warner signs his extension with the San Francisco 49ers later in the year.

Wide receiver John Brown and tight end Tyler Kroft both departed in free agency but were replaced by Emmanuel Sanders and Jacob Hollister.

Sanders should provide Allen with a dependable third-down option, as he moved the chains on 61.1% of his third-down targets for the New Orleans Saints last year, which ranked 10th among receivers with at least 10 such targets.

Yet they head into the draft still with obvious needs to address.

While the Bills brought back cornerback Levi Wallace on a one-year deal, he has been burned for eight touchdowns over the last two seasons, meaning Buffalo could certainly benefit from an infusion of competition at the starting spot across from White.

However, secondary play is not what limited the ceiling of the Bills’ defense in 2020. A lack of a dominant presence at edge rusher is what held Leslie Frazier’s group back last year, and adding one should be their priority with the 30th overall pick.