2021 Lions Squad Selection: Who Should Be Picked? | The Analyst 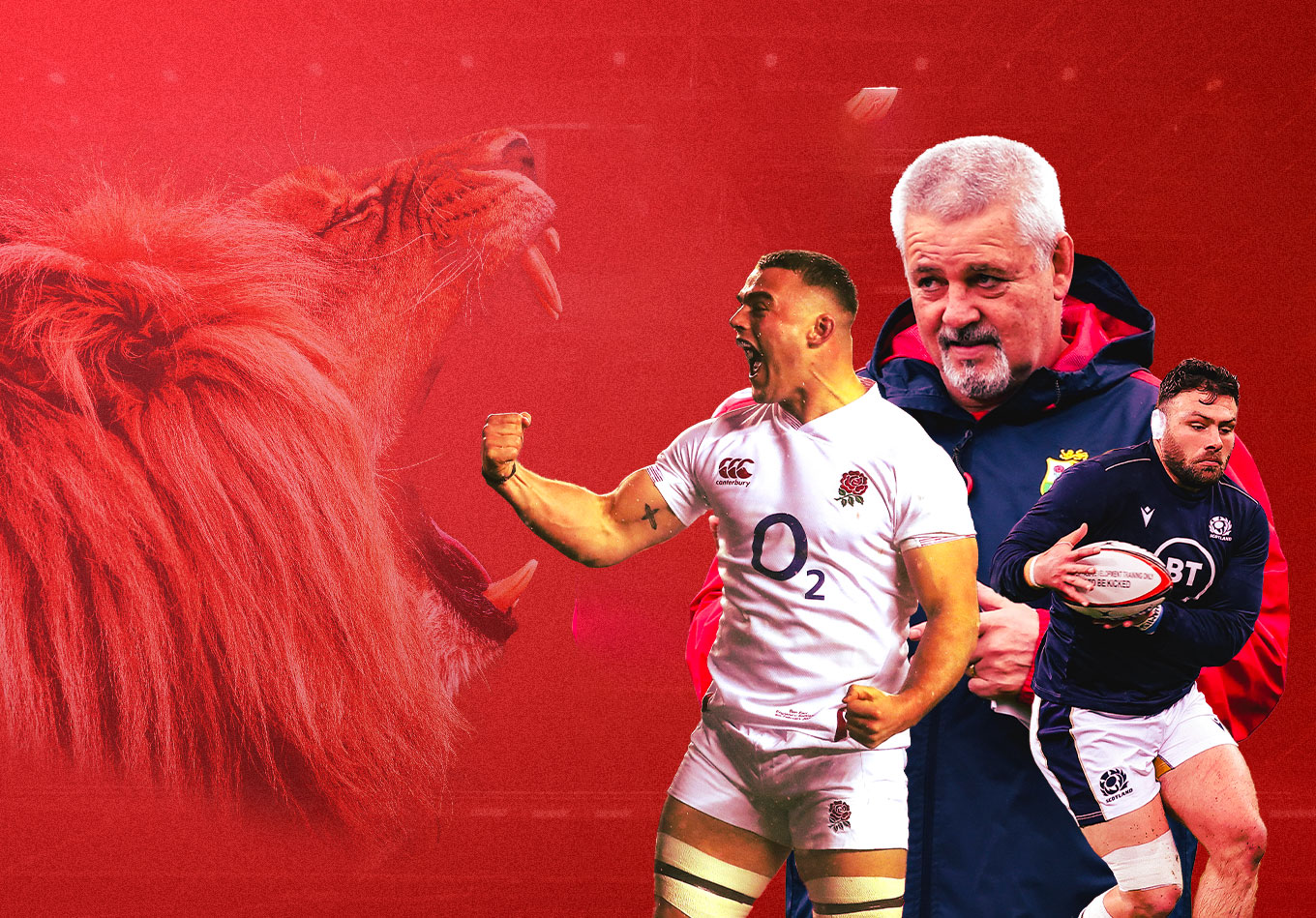 With the Six Nations now over, all attention will turn to the Lions tour of South Africa. In part one of this multi-part series, we give our data-driven verdict on who should be on the plane.

The British & Irish Lions remain one of the most unique institutions in all of sport. For rugby players young and old their existence may be the most inspiring.

Amateur and professional players from the Home Nations as well as the Southern Hemisphere have laced up boots and donned scrum caps with the goal of reaching the pinnacle of the 15-man game – a Test cap on a British & Irish Lions tour.

As the final whistle blew in Yokohama at the 2019 World Cup final, the cameras zoomed in on Springbok captain Siya Kolisi. Lifting the Webb Ellis Cup, he reignited the emotions and memories of that iconic image of Nelson Mandela with Francois Pienaar in 1995.

However, it also marked the start of the buildup to the 2021 Lions tour to South Africa. A series, by the way, which now requires the Lions to face the reigning World Champions for a second Tour in succession.

Clearly, nobody could have foreseen what was to come just a few months later as the world shut down in the middle of the 2020 Six Nations. Although Australia and New Zealand, followed by the Northern Hemisphere, have been able to restart their domestic and international seasons, it has not been as easy for South Africa.

The Springboks have not played a Test match since that night in Japan.

Despite the uncertainty still swirling around the Lions tour, Rugby Union is taking its usual ‘never-say-die’ attitude and focusing on what could be another historic chapter in the British & Irish Lions storied history.

Picking Our Front Row: Who Goes to South Africa?

Being named in a British & Irish Lions squad is often said to be the pinnacle of a rugby player’s career. Only 835 players have had that honour since the first tour in 1888. A Test cap is even rarer, with only 358 players taking the field in an official Test match.

With the Six Nations coming to a close, the players in contention have placed their final bids for the iconic red jersey. While opinions on team selection will rage all the way to the first Test, we don’t deal with conjecture round here. Instead, this series takes a subjective look at the players whose statistical profile could earn them a place in the starting Test team.

A few caveats before we jump in. The analysis below covers:

As with all selection decisions, there will be style of play, player combination and even the much-discussed ‘finisher’ options to consider. Although we have taken elements of these into account, the players awarded a Test shirt in The Analyst’s starting XV are those with the strongest all-round statistical profile.

So, with that out the way, let’s tackle (eh!) some of the incredibly tough decisions awaiting Warren Gatland this summer.

On the 2017 Tour, Mako Vunipola really carried the load at loosehead playing 165 of the 240 Test minutes at the position. Despite some recent injury issues and a likely lack of domestic playing time at Saracens this season, it’s going to be difficult to dislodge him from that Test No. 1 jersey.

Vunipola is clearly the most reliable defender of the loosehead group. Since 2018, he ranks second in all international loosehead props for total tackles made and has made six more dominant defensive collisions (18) than any other loosehead.

It’s in the carrying game that Ellis Genge’s name comes into contention. Although he carries the ball at a similar rate to Vunipola – both with around nine carries per 80 – his ability to get over the gain line is the best in this group. Genge bulldozes his way over the gain line almost five times per 80, more than any of his peers, and that figure ranks him ninth in all international props. The Tigers loosehead also has the second-highest average total gain of 41 metres per 80, more than any other international loosehead prop.

It could be scrummaging ability that decides who gets the nod between Genge and Vunipola in the end. This may come down to Gatland’s appetite for risk. Genge is the slightly more aggressive scrummager of the two, giving away 14 scrum penalties to Mako’s 12. But Genge wins his own scrums more often than Vunipola, winning his own scrums 86% of the time, more than 15% higher than Mako’s rate.

The Analyst’s Verdict: Expect Gatland to look at a one-two punch of Vunipola starting with Genge coming off the bench as an impact player when legs tire. However, statistically speaking, we’d like Ellis Genge to start on the basis of his carrying and scrummaging impact.

The international game is currently flush with dynamic hookers who are playing as big a role in playmaking and disrupting the ruck as they do in the set piece. It’s becoming a common sight to see hookers as the first pass option in a forward pod in the modern game.

The Springboks may have one of the best in Malcolm Marx, but fortunately for the Lions they have their fair share of powerful hookers to choose from. Scotland provide plenty of options with Stuart McInally and Fraser Brown — although, with both currently injured, Edinburgh’s Dave Cherry and Glasgow’s George Turner were added to the mix in this year’s Six Nations.

Scotland place significant value on their hookers in the loose with both Brown and McInally making 10 carries a game. But it’s McInally who provides more impact with his carries, averaging 63 metres per 80.

This is clearly the same area that Jamie George has become renowned for. One of the most dynamic playmakers at hooker in world rugby, George is often found in the wide channels or running supporting lines on breaks. This shows up in the numbers, with his 70 metres gained per 80 minutes ranking him third in international hookers.

During any England or Wales international you can expect to see George and Ken Owens fighting it out with the back-rowers for top tackler honours. After George made the second-most tackles in the 2017 Lions Tour, it’s no surprise to see him and Owens ranked one and two for international hookers in total tackles made since 2018.

Despite the duo’s significant all-round influence, it may ultimately come down to their dart-throwing. Again, it’s fine margins, with only 0.6% splitting the two in throw accuracy. The pair are again ranked one and two in World Rugby for total lineout throws made.

The Analyst’s Verdict: Jamie George’s all-round carrying and defensive game combined with consistency in his lineout throwing make him almost a lock for the no. 2 shirt. It will be interesting to see if Gatland goes with his Wales man Owens as the backup or if one of the two Scots can make a run on their returns from injury.

One of the abiding memories of the 2009 Lions Tour was the roar of the “Beast” echoing around the Kings Park Stadium in Durban as Boks tighthead Tendai Mtawarira took Phil Vickery apart in the scrum, forcing him off at half time. Vickery and Adam Jones managed to fight their way back in the second and third Tests but Dan Cole suffered a similar mauling in the 2019 World Cup Final.

Although Mtawarira retired after the World Cup, there is no shortage of destructive tightheads awaiting the Lions front-rowers this summer with Frans Malherbe and Saracens Vincent Koch both very much in the “world class” conversation.

Therefore, scrummaging ability has to be the core focus for the Lions’ tighthead selection. Statistically speaking, there’s only one clear winner.

When looking at scrummaging statistics, we are able to break down the scrums’ performance when each player was packed down. Despite recent injury issues, Tadhg Furlong’s contribution to Ireland’s scrum stability remains unquestioned with an own scrum win % that ranks sixth for props in international Tests. In comparison, when his Ireland teammate Andrew Porter has been in the no. 3 shirt, Ireland’s own scrum win % drops an alarming 17%, highlighting the solid base Furlong brings to the pack.

That said, all the names in the frame are far from old fashioned scrum specialists. Furlong is renowned for his hands in the loose and both Ireland and Leinster frequently look to get him involved as tip-man or in the wide channels.

However, if the Lions’ coaches require a change of pace to Furlong’s slick prop play, they may turn to the rampaging Kyle Sinckler to create some dents around the fringes. Sinckler has the third-highest average metres gained per 80 minutes of any international prop since 2018. On the other side of the ball, he’s made the most total tackles by a prop with 278 – 43 more than Tomas Francis in second place.

The Analyst’s Verdict: Selection will come down to a balance between all-round game versus scrummaging skill. With Furlong’s consistency in all areas and prominence in the scrum, he gets the nod, but we reckon Sinckler will join Genge as the pair of props making a significant impact as finishers off the bench.

So with the front row selected, we can now start building out our Lions XV on paper. Stay tuned for future editions of this series where we’ll be working our way through our entire starting XV.

The next piece in this series is available here. 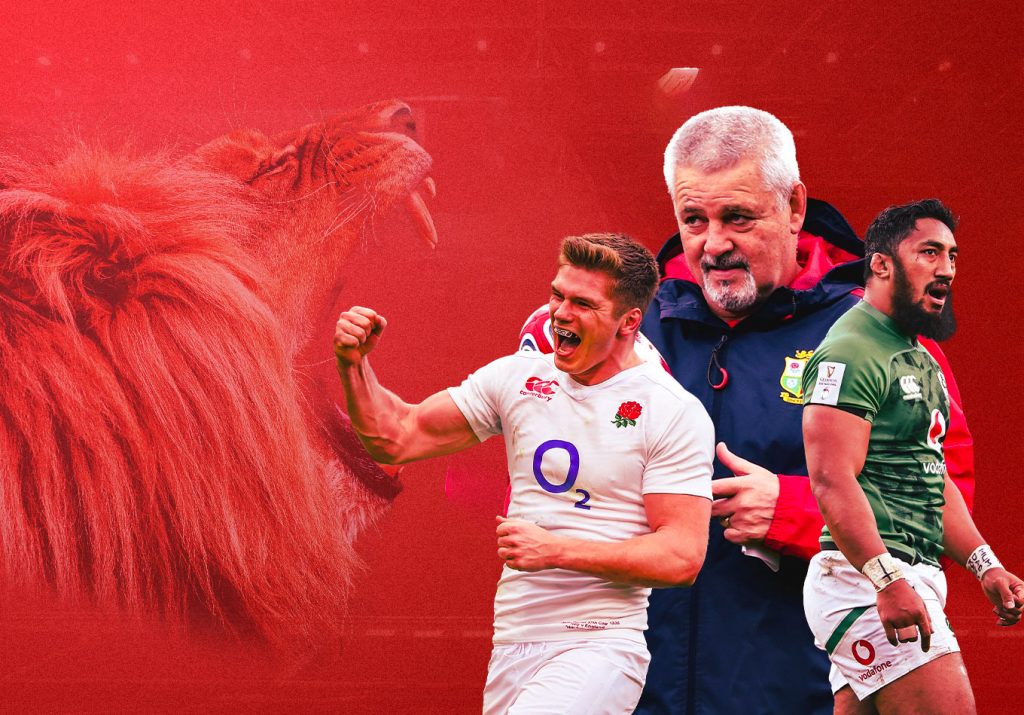 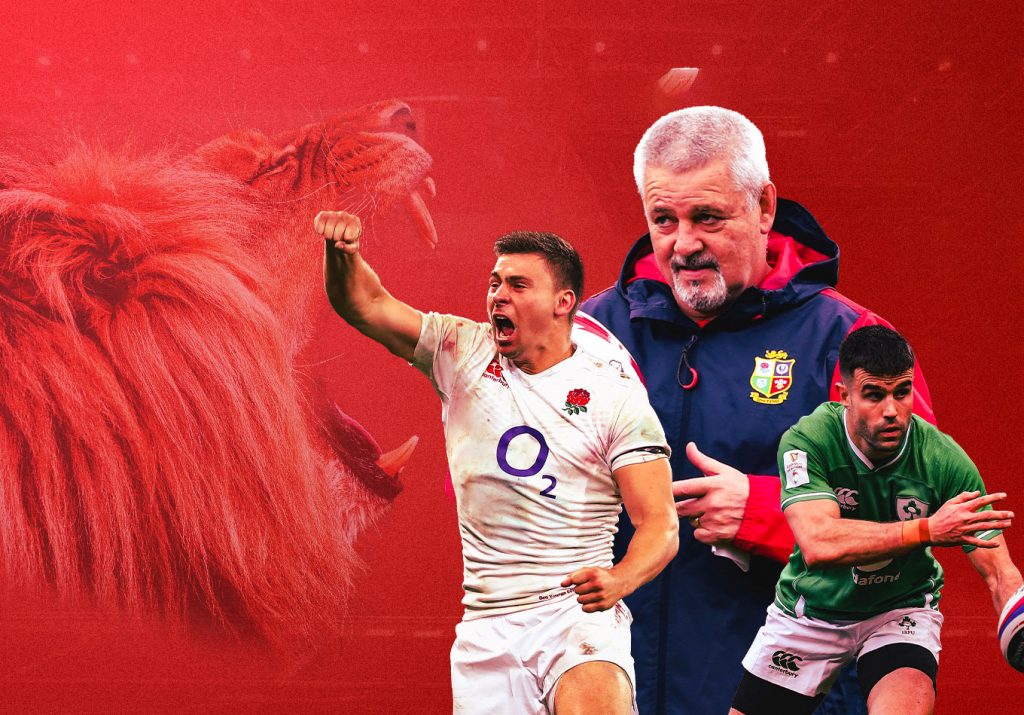 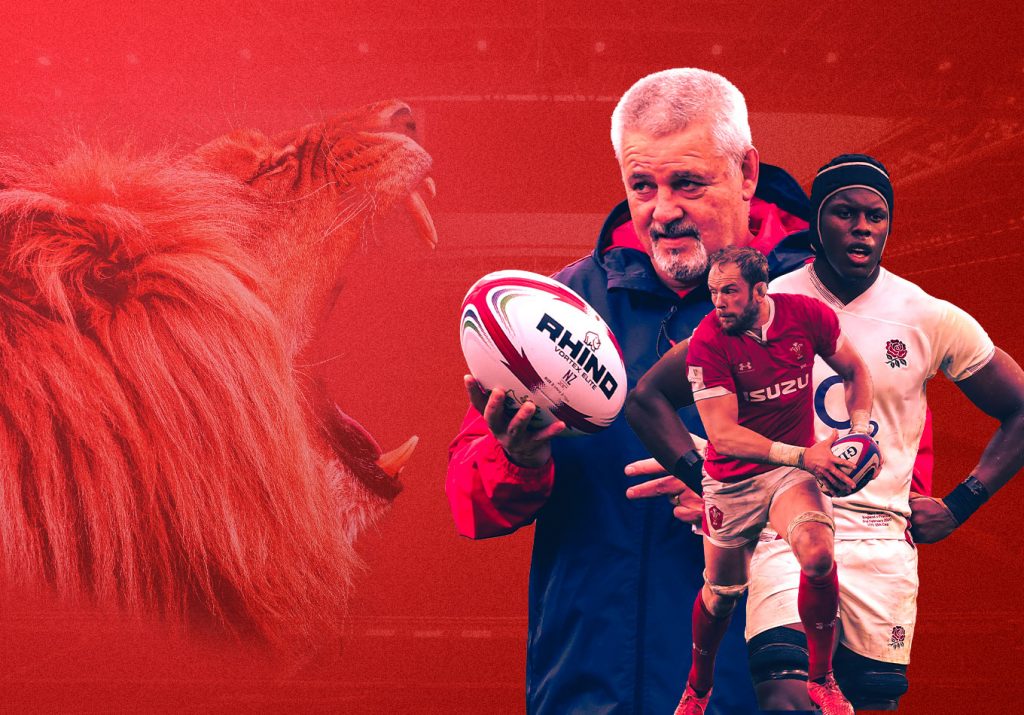 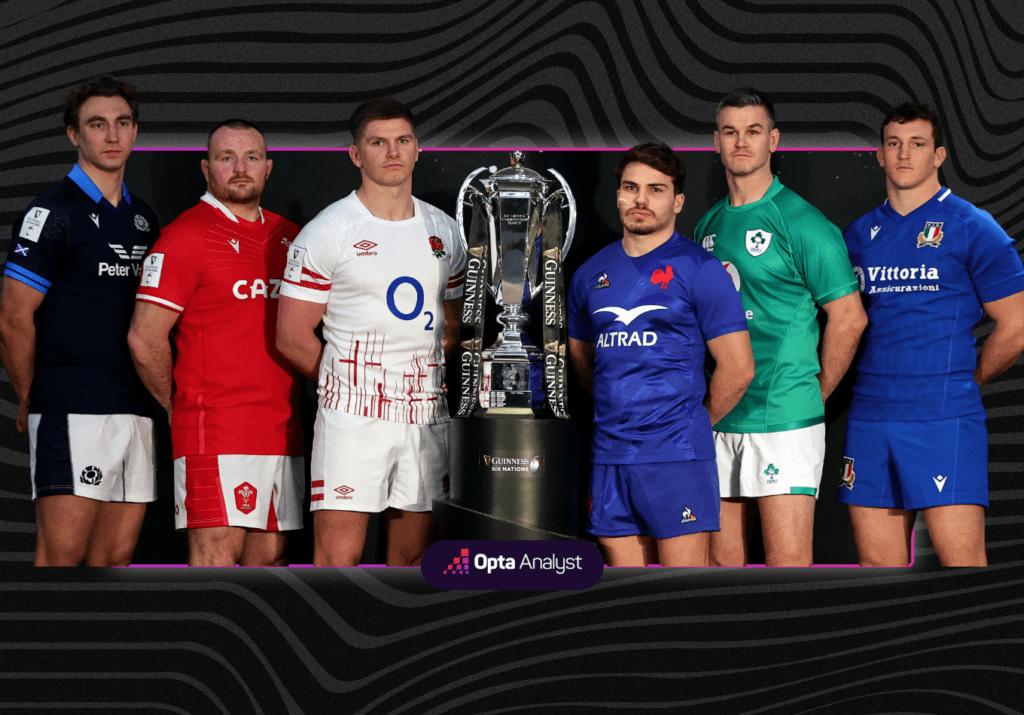 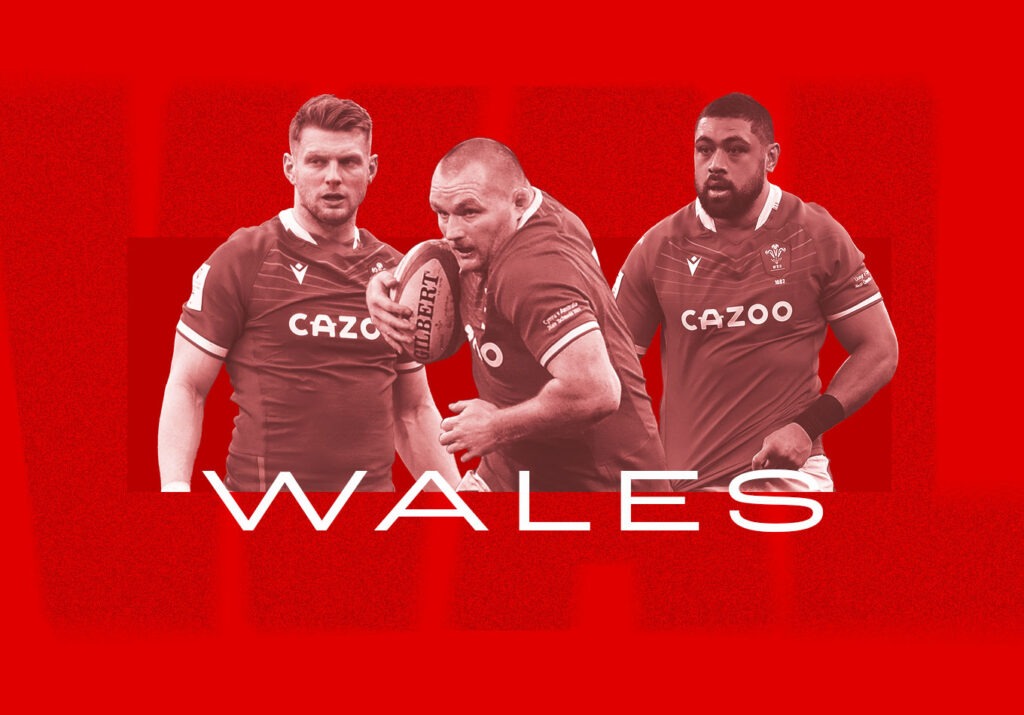 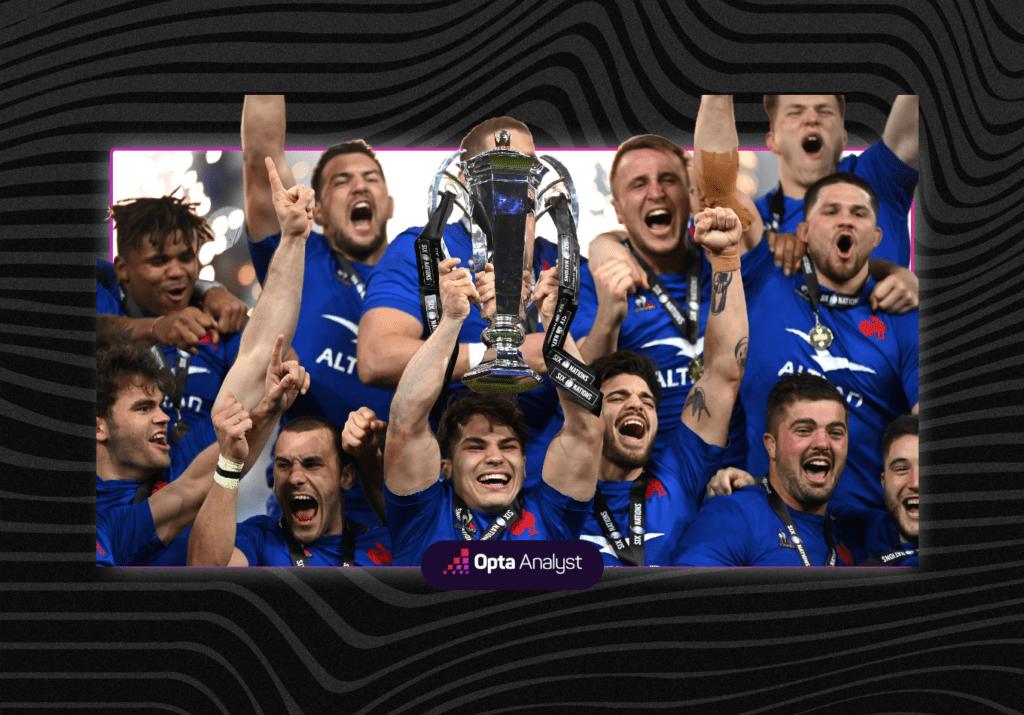 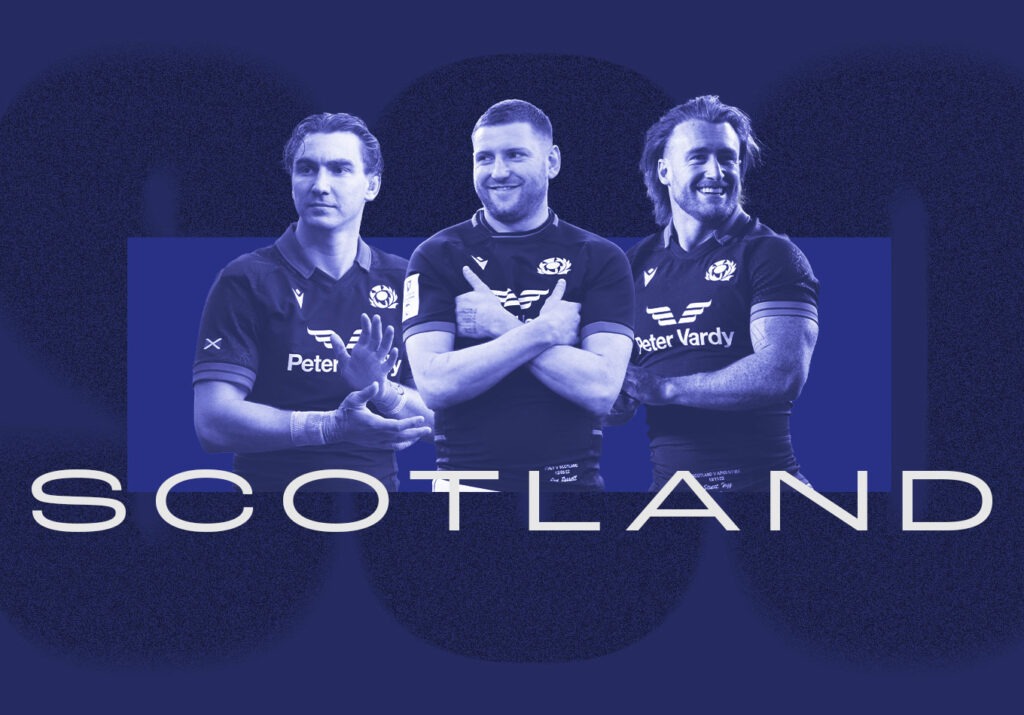