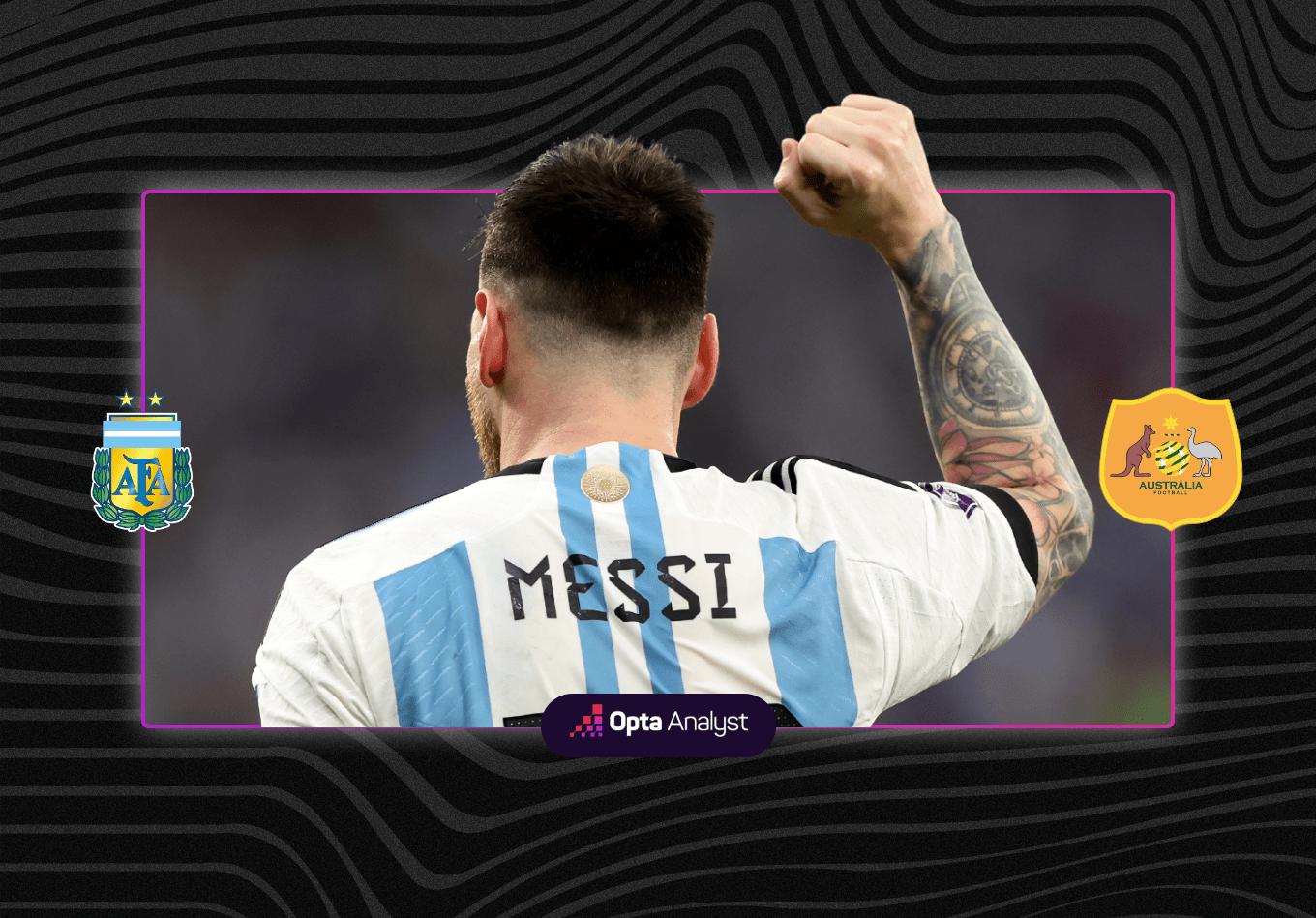 Argentina 2-1 Australia: Messi Has A Grand Time Against Socceroos

Lionel Messi’s quest for a World Cup title is still alive. Messi’s 1000th competitive career appearance was a perfect moment for arguably the greatest player in football history to score his first ever World Cup knockout stage goal. It only took him 24 shots across 791 minutes of action to do it, but it arrived before long-time rival Cristiano Ronaldo was able to score a World Cup knockout stage goal (none in 514 mins & from 25 shots).

It was always likely to be Messi that broke the deadlock – after all, no player in history has scored the opening goal of a World Cup game more often (six).

Messi’s opener also took him past the late, great Diego Maradona for World Cup goals, with his ninth in the history of the competition. Only Gabriel Batistuta (10) stands in Messi’s way of the all-time Argentine World Cup record, but it must be said that Messi’s next World Cup appearance will mean that he’s played double the number of matches in the competition as the former national hero (24 vs. 12).

Argentina’s second goal came via a player who will dream of scoring as many World Cup goals as Messi; Julián Álvarez. At just 22 and with maybe three more World Cup tournaments ahead of him, the Manchester City forward has made a solid start. His strike today, after Mat Ryan’s careless error, was his second at this tournament. The last Argentine to score in his first two World Cup starts was Hernán Crespo in 2006, while the last player to do this at a younger age for any side was Spain’s Fernando Torres in the same year – not bad company to keep.

Big credit goes to Australia, who unexpectedly advanced through their group at this tournament and put up a good fight tonight in a game that very few would have expected them to progress from. Their consolation goal came via a wild strike from sub Craig Goodwin, which cannoned off Enzo Fernández, while their only shot on target came with nearly the last kick of the game and their best chance via teenager Garang Kuol. Eighteen year old Kuol, incidentally, became the youngest player to play in the knockout stages of the World Cup since Pelé in 1958 (17 years, 249 days).

As for the victors Argentina, this win is their third in a row following their jaw-dropping blip in the opening matchday defeat against Saudi Arabia, which itself ended a 36-game unbeaten run. As we get deeper into this tournament, they look a scary proposition for any potential opponent.