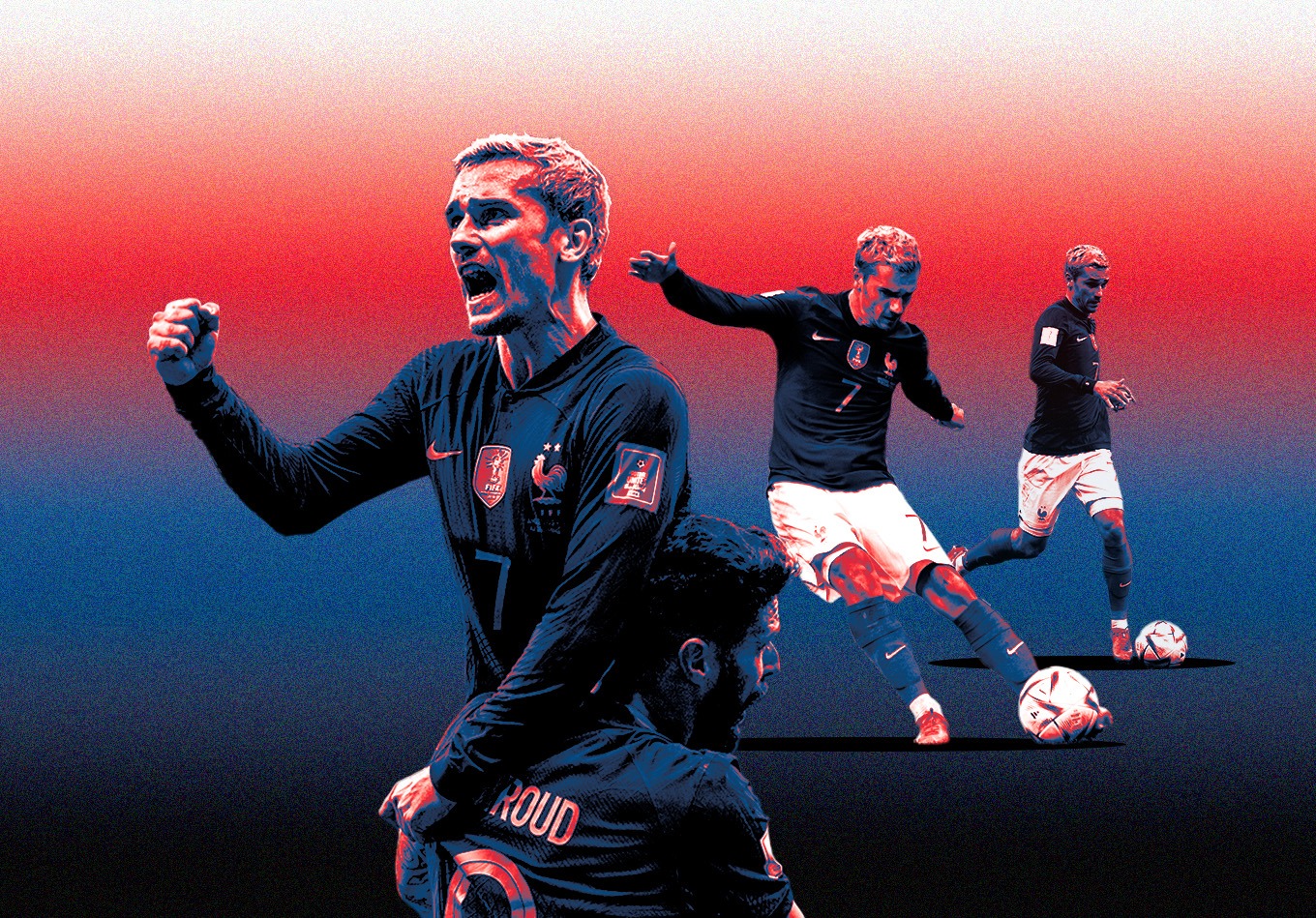 What exactly is an Antoine Griezmann?

He started his career at Real Sociedad as a winger. He found the back of the net on 16 occasions during the 2013-14 La Liga campaign. Courted by many of Europe’s elite at the time, it was Atlético Madrid who paid his release clause, rumoured to be in the region of €30 million. It was during his time with Los Colchoneros that Griezmann moved into more of a central role.

He was the little in a little and large combination in attack for Diego Simeone.

During his five years with Atlético, Griezmann averaged 19 La Liga goals and 27 across all competitions. He thrived as a second striker, playing just off of a more traditional centre-forward.

France took inspiration from Simeone’s 4-4-2 shape and Didier Deschamps used Griezmann in a similar way, pairing him with Olivier Giroud at Euro 2016. It was a success, with the left-footed attacker claiming the Golden Boot with six goals as Les Bleus made it all the way to the final before losing to Portugal. It was used again in Russia at the 2018 World Cup, with Griezmann helping fire France to victory. His return of four goals could only be bettered by Harry Kane (6), the Golden Boot winner.

He was integral then, but he’s perhaps even more important to Deschamps’ side now. The 31-year-old put in a man of the match performance in the World Cup semi-final victory over Morocco to book a date with Argentina.

Griezmann didn’t score or assist in the 2-0 victory, in fact he is yet to score at the 2022 World Cup, but he played a significant role in the opener. It was his pass into the penalty area that caused panic, it wasn’t ever truly cleared, and Theo Hernández was able to acrobatically fire home just his second goal for France.

On the night, Griezmann created four chances, twice as many as the next-highest player (Kylian Mbappé).

Having excelled as a goalscorer, Griezmann has now adopted more of a creative role for his national team. Unable to call on injured duo Paul Pogba and N’Golo Kante, Deschamps has deployed his No. 7 in a deeper role, one that allows him to pull the strings while also showcasing his work rate.

He is certainly making the most of this opportunity. Griezmann leads the way for chances created (21), assists (3) and expected assists (3.54) at the tournament. Since Opta have this data available (from 1966), only one French player has created more chances at a single edition of the World Cup than Griezmann’s 21, with Alain Giresse creating 24 in 1982 and 24 again in 1986. Furthermore, no player since 1996 can better his expected assists total, and he still has one game left to play. The closest is Diego Maradona in 1986 when he finished the tournament with an xA total of 3.46.

The Atlético Madrid man is one of only four players to have created chances worth over three xA in a single World Cup campaign, appearing alongside Maradona, Johan Cruyff (3.23) and Xavi (3.19) in this exclusive list.

Speaking last week, the former Real Sociedad attacker talked about his new role for the national team: “I am quite free in this new role. I must be the link between the defence and the forwards. I have three players in front of me [Mbappé, Giroud and Ousmane Dembélé], so more options – so it is easier for me.”

On paper, it may be easier, but he still has to make the most of these moments and Griezmann is doing just that. There was a really good example of this against Morocco.

As France look to play out from the back, Griezmann (circled above) takes the opportunity to overload that particular area of the pitch. By positioning himself in the inside right channel, he stops the left centre-back from being able to push out and close off a potential pass to Dembele, on the touchline. The Morocco defender can’t push onto Griezmann either because of the threat of posed by the right-winger.

As soon as the ball is played towards Aurélien Tchouaméni, Griezmann sets off into a central area.

He is then in a position to thread a pass to Mbappé, putting the prolific PSG forward in on goal. Unfortunately for France, Achraf Hakimi manages to do enough to prevent his club team-mate from doubling the lead, but this opportunity all comes about as a result of Griezmann getting into a dangerous position to create.

It is the sort of thing he has been doing throughout the World Cup. No player can better his haul of four through passes.

The 31-year-old is one of only three players to have been involved in 30 or more open-play shot-ending sequences. Only Lionel Messi (43) and Mbappé (45) rank higher.

Similarly, Mbappe (23) and Messi (19) are the only two players to have created more open-play chances and secondary chances combined at the 2022 World Cup. He is keeping pace with arguably the two most in-form players in the world right now and he’s doing so from a position he only really started playing earlier on this season for Atleti.

One of the best ways to visualise the difference in Griezmann’s role from the 2018 World Cup to this one, is via his open play touch map comparison. He’s making fewer touches on the left-hand side of the pitch and getting on the ball far more often in the middle and defensive thirds.

Deschamps explained his reasoning for the switch ahead of the quarter-final clash with England, saying: “I ask different things of him. There is no sacrifice on his part, because he is so generous that he takes pleasure both when he touches the ball and when he passes.

“He will certainly score fewer goals, but he loves to tackle and recover the ball. With his left foot, he is capable of beautiful things and can shoot the set-pieces rather well. He has everything to play deeper: the vision, the work-rate, the touch, the energy, the intelligence.”

That is another reason the positional switch has been such a revelation. The Macon-born midfielder has been impacting things in the defensive third. Following his 73rd successive start for France in the win over Morocco, Pogba took to Instagram to jokingly call him Griezmannkante.

Didier Drogba said similar as a pundit on BBC. “Antoine Griezmann has surprised me, but he has the intelligence and quality to do it. He looks more like Kante than Griezmann!”, while Alan Shearer, also working as a pundit for BBC, was another to make reference to his defensive shift in the semi-final, saying: “He’s a super talent, a really clever player who reads the game really well. When you think of the players they’ve got missing, him and Aurélien Tchouaméni were fantastic on the defensive work.”

France are conceding, on average, just 0.83 goals per 90 at this World Cup, just a little up on the 0.66 they conceded prior to the final in 2018. That team contained Pogba and Kante though, this side is almost matching that average with a three made up of Griezmann, Tchouaméni and Adrien Rabiot.

In the game against Morroco, Griezmann made more tackles than Tchouaméni and as many interceptions as Youssouf Fofana, the man filling in for Rabiot.

Fofana and Tchouameni made up one of the best double pivots in Europe last season for Monaco and were praised for their well-roundedness. To put into context just how effective Griezmann was in his man of the match performance, he matched them defensively and then some.

He is no doubt already a France legend. He’s been key to Deschamps’ side reaching three of the last four finals available – two in the World Cup and one Euros. Retaining the World Cup will further cement his legacy as one of the best players to ever pull on the blue of France. If he were to break his duck at this World Cup in the final, he would become only the fifth player in history to score in two separate finals. The others are Vavá (1958, 1962), Pelé (1958, 1970), Paul Breitner (1974, 1982), and Zinedine Zidane (1998, 2006).

So, what exactly is a Griezmann? He is a player without a set role capable of scoring, creating and defending. He is what every manager dreams of when they assemble a squad, a player capable of being the main man or part of the supporting cast. Right now, Griezmann might be France’s best hope of success on Sunday. 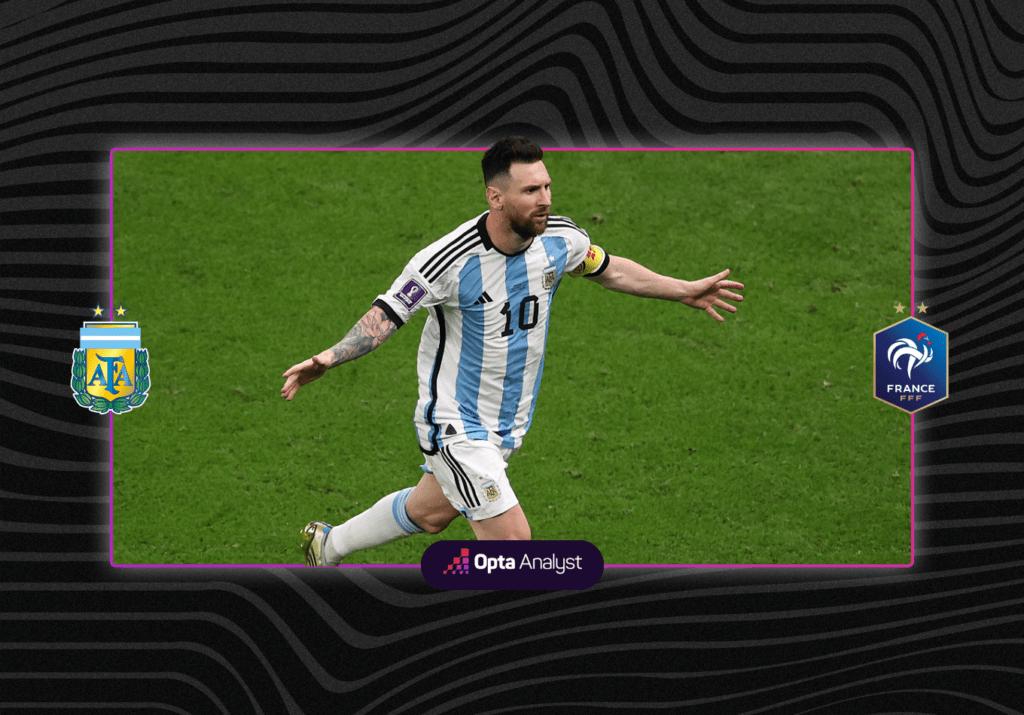