Messi vs. Ronaldo: The Final World Cup Showdown | The Analyst 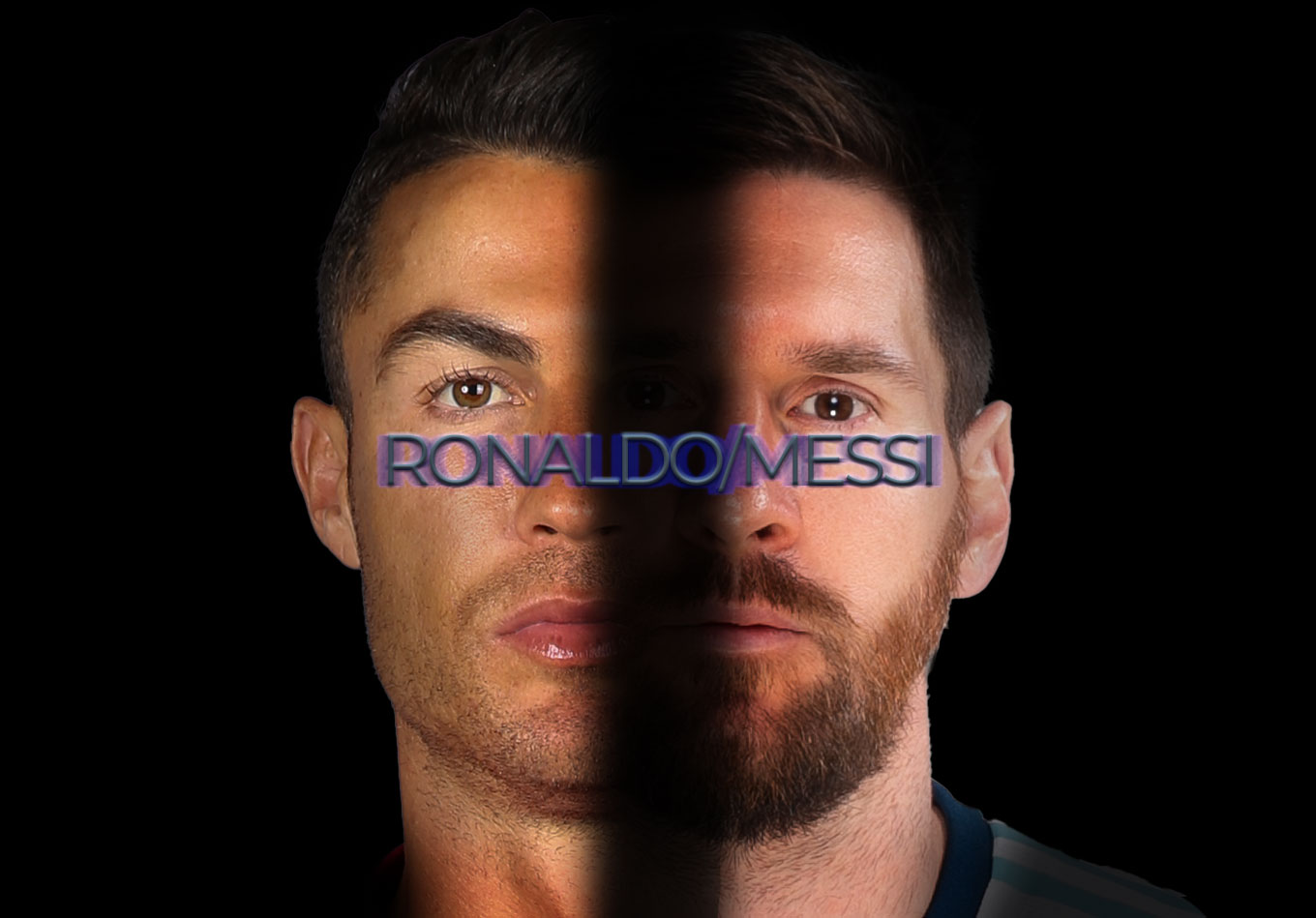 When Cristiano Ronaldo and Lionel Messi took to the stage of the 2006 World Cup aged 21 and 18 years old respectively, the world could never have imagined that the duo’s battle to be the world’s best would only just be drawing to a close 16 years later.

Messi and Ronaldo are set to make their final bow on the biggest stage of them all in Qatar, whilst their futures in European club football also look to be coming to an end, with Phil Neville eager to bring Messi to Inter Miami – another statement we wouldn’t have expected to hear 16 years ago – and Ronaldo enduring what looks to be a very rocky end to his relationship with Manchester United.

Messi and Ronaldo will become the fourth and sixth* different players to make an appearance in five different World Cups (*Mexico’s Andrés Guardado likely the fifth) and here are how their respective World Cup journeys have taken shape so far.

Lionel Messi had made just 35 senior appearances for Barcelona prior to the summer of 2006 and had picked up only seven caps for his country, but this didn’t stop him from lighting up Gelsenkirchen when making his World Cup debut against Serbia and Montenegro in Argentina’s second group game.

Messi assisted Hernán Crespo just minutes after coming on as a 75th-minute substitute to put Argentina 4-0 up, before making it 6-0 himself in the closing stages, culminating in La Albiceleste’s joint-biggest ever win at a World Cup. He remains the only player since the 1966 World Cup to both score and assist in the same World Cup match as a teenager.

The forward was rewarded with a start on his 19th birthday in the goalless draw between Argentina and the Netherlands on MD3, before coming on for just over 30 minutes in his country’s 2-1 win against Mexico in the round of 16.

José Pékerman opted not to use Messi in the quarter-final tie with Germany as the Argentines were sent home on penalties. A healthy introduction to the World Cup for Messi but just 121 minutes of action will have left him champing at the bit.

There were much higher expectations of Cristiano Ronaldo ahead of the 2006 World Cup, however, as he headed to Germany as a selection within the PFA Premier League Team of the Year following his 15 league goal involvements in 2005-06 (nine goals, six assists). Manchester United team-mate Wayne Rooney was the only player aged 21 or under to better that attacking output in the Premier League that season (25 – 16 goals, nine assists).

Ronaldo was already established on the international scene having made 32 appearances for Portugal, scoring 11 times, a tally which included seven goals in qualification for the 2006 finals in Germany.

Unfortunately for Ronaldo, he is best remembered for his involvement in Rooney’s red card for England in the quarter-final clash with Portugal than for his performances with the ball in 2006. However, he did score his first ever World Cup goal from the penalty spot on MD2 against Iran, as well as netting the decisive spot-kick in the last eight tie with England, which was ultimately settled by a penalty shootout.

Os Navegadores would go on to lose 1-0 to France in the semi-finals, with Ronaldo’s four shots that night all in vain. Across the entire tournament, no player had more non-penalty shots without scoring at the 2006 World Cup than Ronaldo (25).

As the World Cup finals arrived in Africa for the first time ever, Messi and Ronaldo were now established as the world’s best players. Both players had recently won their first Ballon d’Or award – Ronaldo in 2008 and Messi in 2009, with the two rivals now at the top of their game.

Ahead of the 2010 tournament in South Africa, the pair had just gone toe-to-toe in the 2009-10 Spanish top-flight season, with Messi winning the La Liga Pichichi Trophy with a league-high 34 goals, ahead of Gonzalo Higuaín (27) and Ronaldo (26).

Messi played every minute of Argentina’s five games at the 2010 World Cup but was unable to have the impact expected – his assist against Mexico in the round of 16 his only goal involvement across the entire tournament. This time it was Messi’s turn to attempt the most shots (29) and accrue the highest non-penalty xG figure of any player to not score (1.74).

It was déjà vu for Argentina as they fell to Germany at the quarter-final stage, suffering their biggest ever knockout-round defeat in the process (4-0).

Things didn’t go much better for now-Portuguese captain Ronaldo, who was enduring a difficult spell with his national team, having failed to score in any of his seven qualifying appearances prior to the tournament.

Portugal limped through a group with Brazil, North Korea and Ivory Coast before losing 1-0 to Spain in the round of 16. Ronaldo’s only goal involvements came in Portugal’s 7-0 win against the unfancied North Korea on MD2, scoring and assisting in that rout.

Ronaldo led his country into the 2014 World Cup having just become the nation’s all-time leading goalscorer (49), but Portugal would fail to progress through a World Cup group stage for the first time since 2002.

Portugal lost 4-0 to Germany in their opening match, with that humiliation followed up by a draw against the United States and a win over Ghana. An injury-hindered Ronaldo did his best to carry his team through, assisting Silvestre Varela’s 95th-minute equaliser against USA, before scoring the winning goal late on against Ghana. However, it wasn’t to be, with Portugal exiting on goal difference to USA, who finished as runners-up to the Germans.

There were contrasting fortunes for Lionel Messi meanwhile, who led Argentina all the way to the World Cup final for the first time since they lost to Germany 1990. History would repeat itself, however, as Argentina suffered the same fate all over again.

Messi flew out of the traps, scoring in each of Argentina’s group wins over Bosnia, Iran and Nigeria. In fact, no player scored more goals than the Argentine in the 2014 group stage, with Neymar and Thomas Müller keeping up alongside him.

Messi would not score again in the tournament but would assist Ángel Di María’s winning goal in Argentina’s 1-0 victory over Switzerland in the round of 16: Colombia’s James Rodríguez (six) and German star Müller (five) were the only players to outscore Messi by the tournament’s end.

For his performances Messi was somewhat controversially awarded with the Golden Ball, becoming the first Argentinian to win the accolade since Diego Maradona in 1986. Messi led the 2014 World Cup in chances created (23), chances created from open play (17), dribbles (46/76), carries (165) and passes played into the penalty area (61).

Messi kicked off his 2018 World Cup in Russia by missing a penalty in a 1-1 draw with Iceland, before failing to register a shot on target in a 3-0 loss to Croatia on MD2, marking the only time he’s ever failed to do so in a World Cup group game. Not the ideal way to start his fourth World Cup finals tournament.

Messi responded by scoring the opener against Nigeria in the final group game to secure a second-place finish in Group D and a round-of-16 clash with eventual winners France. Despite assisting twice in a goal-frenzied game with the French, Messi would exit the World Cup at the earliest stage of his career.

2018 would see Ronaldo suffer the same fate at the hands of Uruguay in the round of 16, but his tournament began in contrasting fashion. In the opening group game Ronaldo scored a hat-trick in Portugal’s 3-3 draw with Spain to become the oldest ever player to score a World Cup hat-trick (33 years, 130 days old).

He followed that up with the only goal in Portugal’s 1-0 win over Morocco on MD2 to take his total goal tally at World Cup tournaments to seven. Eusébio is the only Portuguese player to score more often at World Cup finals (nine – all in 1966).

By now you may have noticed that neither Messi nor Ronaldo have scored a goal in a World Cup knockout game.

A combined total of 1,270 minutes of World Cup action which has seen them both total 48 shots and 16 shots on target – but not a single goal has been scored in a knockout match by the pair. A weird quirk that will surely be broken in Qatar this year.

Since the pair’s first appearance at a World Cup in 2006, 105 players have netted for their nation in the World Cup knockout stages, with Miroslav Klose, Wesley Sneijder and Thomas Müller the standouts in that period – all scoring five goals.

Ronaldo and Messi’s 25 and 23 shots respectively in the knockout stages since 2006 are unsurprisingly the most of any players not to score, whilst unfortunately for Messi, his non-penalty xG of 1.92 is also the most amongst that cohort. Ronaldo can at least take solace that four others fare worse than him in that regard.

Of course, it’s entirely possible that Argentina and Portugal could go all the way to the World Cup final in Qatar this December – an early Christmas present for football fans across the world, with many wishes of a Messi vs. Ronaldo showdown coming on the biggest stage of all.

The pair could also meet in the semi-finals should either team win their group and the other finish second, whilst there is also the unlikely event that football’s two most recognised stars meet in the third-place playoff match; the latter scenario would at least likely make it the most watched World Cup consolation match in history.

Messi is most likely of the pair to carry his team to the latter stages of the competition on current form, as the only player to record 10 assists across Europe’s top five leagues this season. Meanwhile, only Erling Haaland (21 – 18 goals, three assists) and Neymar (20 – 11 goals, nine assists) have been directly involved in more league goals this campaign than Messi (17 – seven goals, 10 assists).

From an attacking perspective, no one across the top five European leagues has been more of a threat than Messi this season, averaging 1.2 expected goal involvements per 90 minutes from non-penalty situations: he’s getting into scoring positions and creating high-value chances.

On the other hand, Ronaldo has a minutes-per-goal rate of one every 284 minutes for Portugal in 2022, his worst rate in a calendar year since an average of 510 minutes per goal in 2009. Things aren’t rosy at club level either, with the Portuguese labelled as an attacking hindrance to Erik ten Hag’s Manchester United side, leading to him publicly criticising the club and manager in a scathing interview released last weekend.

Ronaldo has struggled for minutes in the Premier League this season, registering just 520 so far with a meek tally of one goal in return. He is looking desperate to prove he retains his former powers, with his non-penalty shots averaging an xG of just 0.08, his lowest on record in a league campaign.

He needs one goal in Qatar to become the first player in World Cup history to score in five different tournament and overtake Brazilian legend Pelé and German pair Uwe Seeler and Miroslav Klose. With group stage meetings with Ghana, Uruguay and South Korea, you’d expect Ronaldo to do it despite his poor club form in 2022-23.