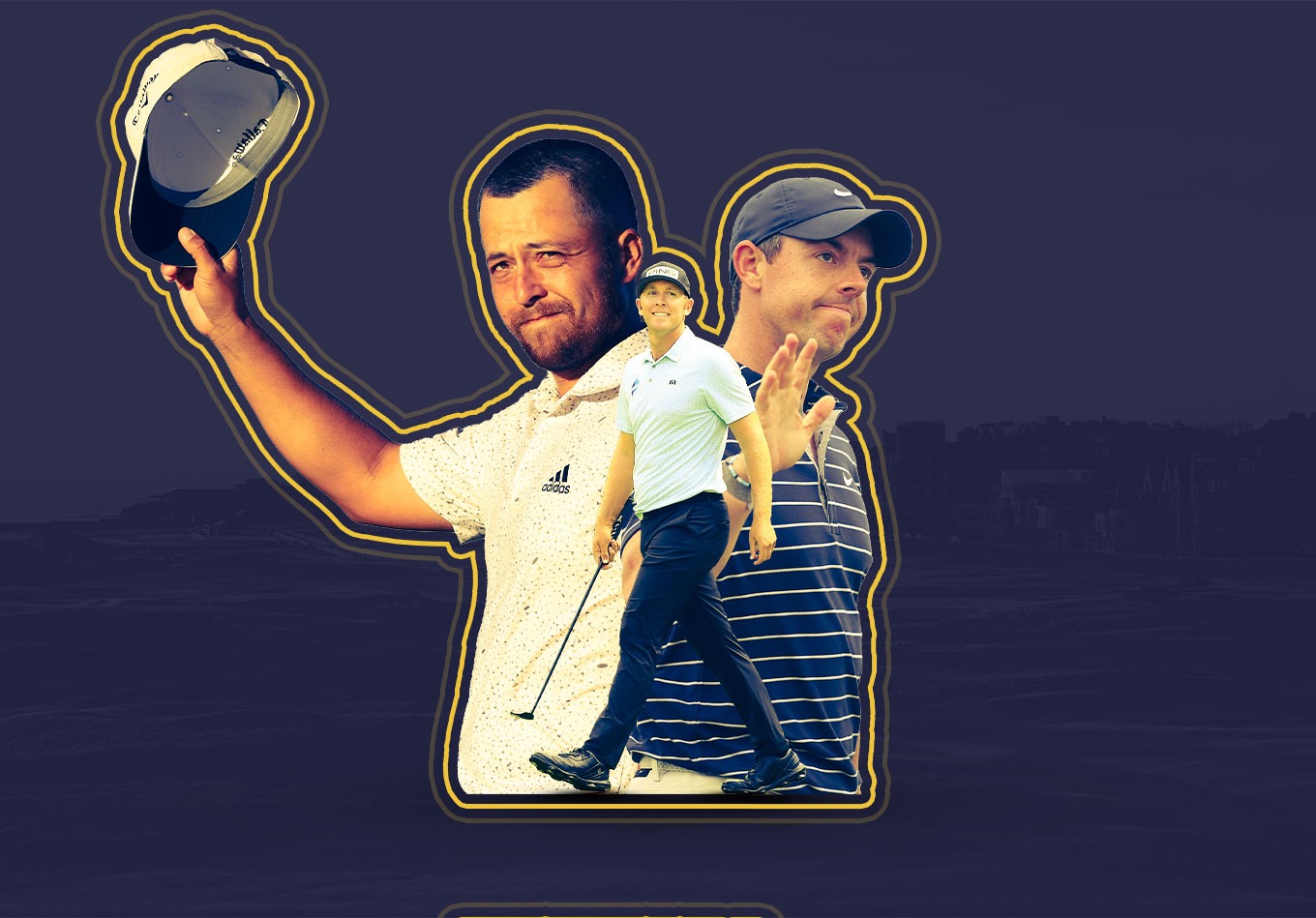 The 150th Open Championship – often referred to as the British Open – is hosted by perhaps the most iconic of golf courses.

The Old Course at St. Andrews in Scotland hosts the Open for the 30th time, and while the length and ball flights of golfers have evolved dramatically of late, the course at the home of golf remains nearly the same. It’s not particularly long, but the main defense is wind and a course littered with pot bunkers and funky green complexes.

The Old Course is also an odd composition of holes. There are only two par 3s and two par 5s, so par-4 scoring is heightened and accounts for 77% of the scoring variance on the course.

What is perhaps most enlightening about the Old Course is the lack of scoring variance in general. There are simply not many holes where a player can card a big score. Only the long par-4 17th has an expected double bogey or worse rate of more than 5%. That means a lot of birdies, par and bogeys, and not many opportunities for players to distance themselves from the field.

We see some of this in the history of the course, where three of last nine Open Championships at St. Andrews have ended via playoff. It also makes it particularly difficult for golfers to storm back on the leaderboard. It takes four good rounds to be in contention. In 2015, no golfer finishing inside the top 20 had a round worse than 73 and only one golfer had a round better than 66 (Marc Leishman in the third round). While the course might not fit the “modern” game in terms of distance, it will require consistency across four days to win the Open Championship 2022.

As with most majors, the field is stronger at the top than at the bottom. The average FRACAS for the field is almost exactly PGA average, while the median is slightly above average at plus-0.30 strokes over PGA average.

In the chart below, we have the projected hole-by-hole scoring percentage (pars excluded) for the Old Course. Eagles are in orange, birdies are red, bogeys are black and double bogeys or worse are blue.

Our model picked Rory McIlroy, then the top player in the world by FRACAS, to win the U.S. Open. Not much has changed, as McIlroy still sits at the top of the FRACAS leaderboard and is once again our pick to become the Open champion.

He finished fifth at the U.S. Open and then started out on fire at the Travelers Championship before carding an eight on a par 4 in his third round and never recovered. If McIlroy’s short clubs are on point this week, he should pick apart the Old Course.

Xander Schauffele is coming off back-to-back wins after a long drought of wins in PGA Tour cut events. He hasn’t finished outside of the top 20 since the Masters and has been gaining more than a stroke per round on approach. At the U.S. Open, he didn’t even crack our projected top 10, which is a testament to how hot he’s been over the last month.

The last three major winners come in ranked third, fourth and fifth in our model, and all are still playing above their long term baseline right now. Of the three, Matt Fitzpatrick is the hottest, but Justin Thomas has the second best course fit among players in the top 20 of projected win percentage. Scottie Scheffler is still chugging along as one of the best players in the world. He may fly under the radar a bit this week despite being the top player in the Official World Golf Rankings.

The back half of the top 10 is filled with familiar names. Will Zalatoris, Cameron Smith and Shane Lowry are still playing well, while Jon Rahm and Patrick Cantlay are great golfers who aren’t at the tippy top of their games at the moment.

With the way the Old Course plays, it’s tough to find much value at the top of the board at the Open Championship. A lack of scoring variance means there are fewer opportunities for these top golfers to really separate themselves from the pack. Despite the strength of field at the top, our model gives 32 golfers a greater than 1.0% chance of winning. This spread of win percentages makes it tough to find any value in golfers listed shorter than 20-1.

Moving down the board, one of our highest value plays is Irishman Seamus Power. Power is 17th in our model with a 1.56% chance of winning, or about 64-1. The odds market is hovering around 79-1, which is some decent value. Power is a great course fit as one of the best par-4 scorers in the field. His projected birdie rate on par 4s is 3.18% better than the field expected rate. He’s also been excellent in major championships this year with finishes of 27th at the Masters, ninth at the PGA Championship and 12th at the U.S. Open.

Further down the board, we start to see some value in both outright wins and tournament finishes. Keith Mitchell has been playing some great golf, missing just two cuts in 2022 and finishing in the top 10 in 33% of his tournaments. He’s a golfer who plays best when things aren’t the most difficult, which makes St. Andrews a great course for him. Our model thinks he eagles the par-5 fifth about 8% of the time – almost 2% more than the field expected, and an eagle or two could propel him into the top five. We like his outright odds at about 109-1 in the consensus markets compared to our modeled 81-1 and we also like his top-five odds of 20-1.

In the Scottish Open last week, Brian Harman started out en fuego before encountering some serious wind and stumbling over his last 12 holes of Round 1 at 12-over par. Before that meltdown, Harman was on a decent stretch of golf, but it’s the value of his odds that have caught our attention. He’s about 160-1 in the outright market and our model thinks that should be closer to 112-1. We also like the value on his top five/10 odds at 25-1 and 12-1, respectively.

While there’s plenty of excitement around young South Korean Joohyung Kim after his third-place finish last week, countryman Minkyu Kim is a name you should know. In 10 starts in 2022 across the KPGA and Asian Tour, the 21-year-old Kim has finished in the top 10 six times – including a win at the 64th Korea Open just three weeks ago. He played in the CJ Cup in 2021 with an unremarkable 57th-place finish, but Kim has made huge strides this year and could surprise with a top-20 finish. In most places, he’s longer than 100-1 to finish in the top five, 50-1 to finish in the top 10 and 20-1 to finish in the top 20. We like all three of those numbers and it doesn’t even take a world-shaking win to cash them.

Thailand’s Sadom Kaewkanjana has played primarily on the Asian and LIV tours in 2022, amassing four finishes inside the top three – including a third-place finish at the International Series England. It wasn’t at a links course, but it was nice to see him get a good result outside of East Asia. He hasn’t been great on the LIV Golf International Series thus far, but the courses that LIV picked for its first two events were long and long, which is not an area he specializes in. His placement odds are 80-1, 33-1 and 12-1 to finish top five, top 10 and top 20, respectively, and our model likes all of those numbers. Additionally, we like him as a long shot 250-1 pick to finish at the top of the leaderboard at the end of the first round.