Sadio Mané: The New Central Figure for Bayern | The Analyst 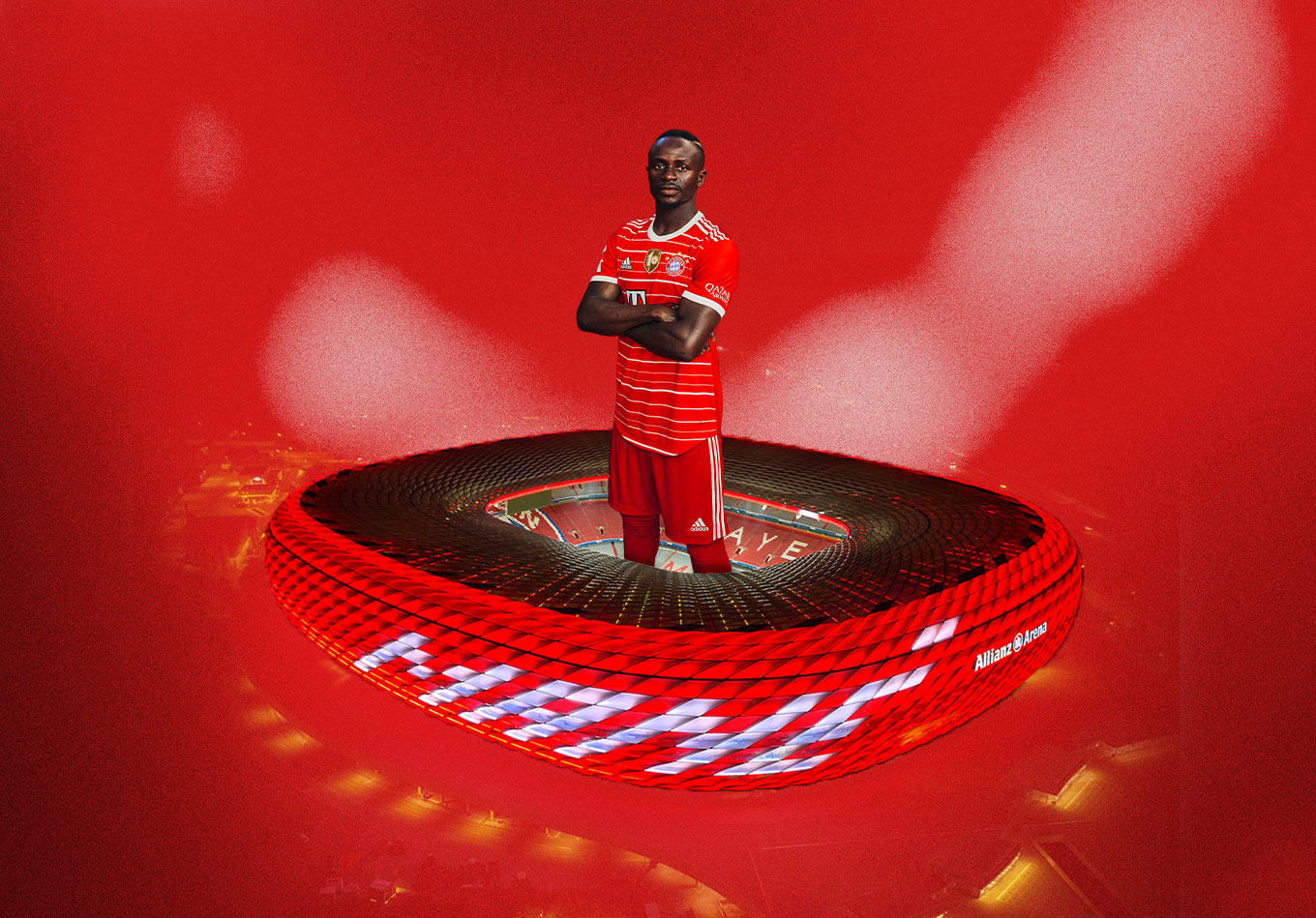 The Bundesliga is used to losing top talent to the other European leagues, but rarely does one of its clubs bring in a superstar at the top of their game in the other direction. It’s possible that Bayern Munich’s recruitment of Leroy Sané in 2020 and Lucas Hernandez in 2019 could fall into this category, but neither arrived as decorated as Sadio Mané.

Mané joined Bayern Munich last week from Premier League giants Liverpool, on the back of a season that saw them win the English FA Cup and League Cup and come desperately close to adding both the Premier League and Champions League titles. Add a first Africa Cup of Nations title to this list of medals, and the Senegal international’s wish for a new challenge after six years with the Merseyside club can only be seen as an exceptional coup for the record Bundesliga champions.

Versatile and Dangerous in Various Positions

Having become one of the most dangerous wide forwards in world football after joining Liverpool in 2016, it’s unlikely that there will be many fans who need an introduction to the attributes that Mané offers.

Following the arrival of Luis Díaz from FC Porto in January, Liverpool manager Jürgen Klopp began to deploy Mané in a new role in 2022, with the Colombian often taking the wide left position while Mané was deployed as a more central figure in attack. It’s a change that worked out well. In his first three starts in that position, he scored an impressive four goals against Norwich City, Leeds United and West Ham United. Across the season, he doubled his goal tally on a per 90 basis, but it saw his creative output drop, with a 0.17 expected assists/90 falling to 0.08 per 90 when playing centrally.

In their 2020-21 season as reigning Premier League champions, Mané was deployed as a central striker for just 2% of his minutes on pitch, while that number grew to 28% last season with the switch following Diaz’s arrival on Merseyside.

Of his 90 Premier League goals at Liverpool, just two came from outside the box – his natural instinct as a finisher in the opposition area was clear even as a wide forward, so Klopp’s decision to move Mané to a more central slot was an easy one to make.

Mané’s ability to play centrally in attack separates him from the majority of Bayern’s current roster of wide forwards. Of their trio of Serge Gnabry, Leroy Sané and Kingsley Coman, only Gnabry has experience of playing in that centre-forward position, having played a few games with the German national team in that role – an experiment that has led to Timo Werner, Thomas Müller and Kai Havertz now playing the most time in that position.

Looking across the six league seasons since Mané joined Liverpool, the differences in attacking output between the four players show Sané and Coman as more creative players, while Mané and Gnabry are more that kind of a natural goal scorer.

None of Mané’s 90 Premier League goals for Liverpool have come from the penalty spot, while he’s been the most clinical of the four players, converting 18.6% of his non-penalty shots. At 0.51 non-penalty goals per 90, he’s just below Gnabry’s average (0.53) but that pair are well ahead of Sané (0.35) and Coman’s (0.29) outputs in front of goal across the six seasons.

Not the Tallest, but Still an Aerial Threat

One of the classic attributes for a central striker is scoring headers and being a threat in the air. At only 5-foot-7, Mané isn’t an obvious player to be scoring headers, but his 14 Premier League goals in this manner since 2016-17 are only bettered by five players in the competition. Obviously, this is not to say he’s a player that becomes an outlet for long, direct passes, but that won’t be an issue at Bayern.

Bayern are fully aware of his ability to score from headers, with Mané netting in this manner against them for Liverpool in their Champions League last 16 meeting in 2019 – one of two goals the forward scored in the game.

Since his arrival at Liverpool, 16% of his Premier League goals have been headers (14/90) – the exact same proportion as the man he may be replacing, current Bayern Munich striker Robert Lewandowski in the Bundesliga for the club (39/238).

The Mané Man for Crucial Goals

One thing Sadio Mané has proved during his time at Liverpool is that he’s a man for the moment.

Since 2016-17, the only player whose Premier League goals have been worth more points for their club is Harry Kane (75). Without Mané’s 90 goals in the top-flight, Liverpool would have been 63 points worse off – just one point more than Mohamed Salah’s 118 goals in that period (62).

Kane and Salah are also the only two Premier League players to have scored more winning goals since 2016-17 than the Senegalese forward, with Mané seeing 29 of his 90 goals (32%) being the match-winner.

Add to this his ability to help his side start games well – only Kane (43) has scored the first goal in a Premier League game on more occasions than Mané (38) across the last six seasons.

Even before his arrival at Liverpool, Mané was breaking records in England. His hat-trick for Southampton against Aston Villa in May 2015 came within the space of just two minutes and 56 seconds – the quickest hat-trick ever scored in the Premier League. This record will undoubtedly remind Bayern supporters of Lewandowski`s legendary five goals in a period of just 8:59 minutes against Wolfsburg in September 2015.

Mané has also scored vital Champions League goals across his six seasons at Liverpool, too – even finding the net in their 2017-18 final defeat to Real Madrid. He’s scored 15 knockout-stage goals since 2017-18, a tally that only Karim Benzema (17) topped and one that’s above current Bayern scoring legend Lewandowski (13).

Whether Bayern manager Julian Nagelsmann intends to play with Mané on the wing or if he is seen as a potential successor to central striker Lewandowski, the Senegalese can seemingly do either very well. Whatever the plan for him, Mané will be a tremendous addition to the Bayern squad and looks set to help them attempt to add an 11th successive Bundesliga title in 2022-23.