The Most Cards in a Premier League Season: Leeds United's Century | The Analyst 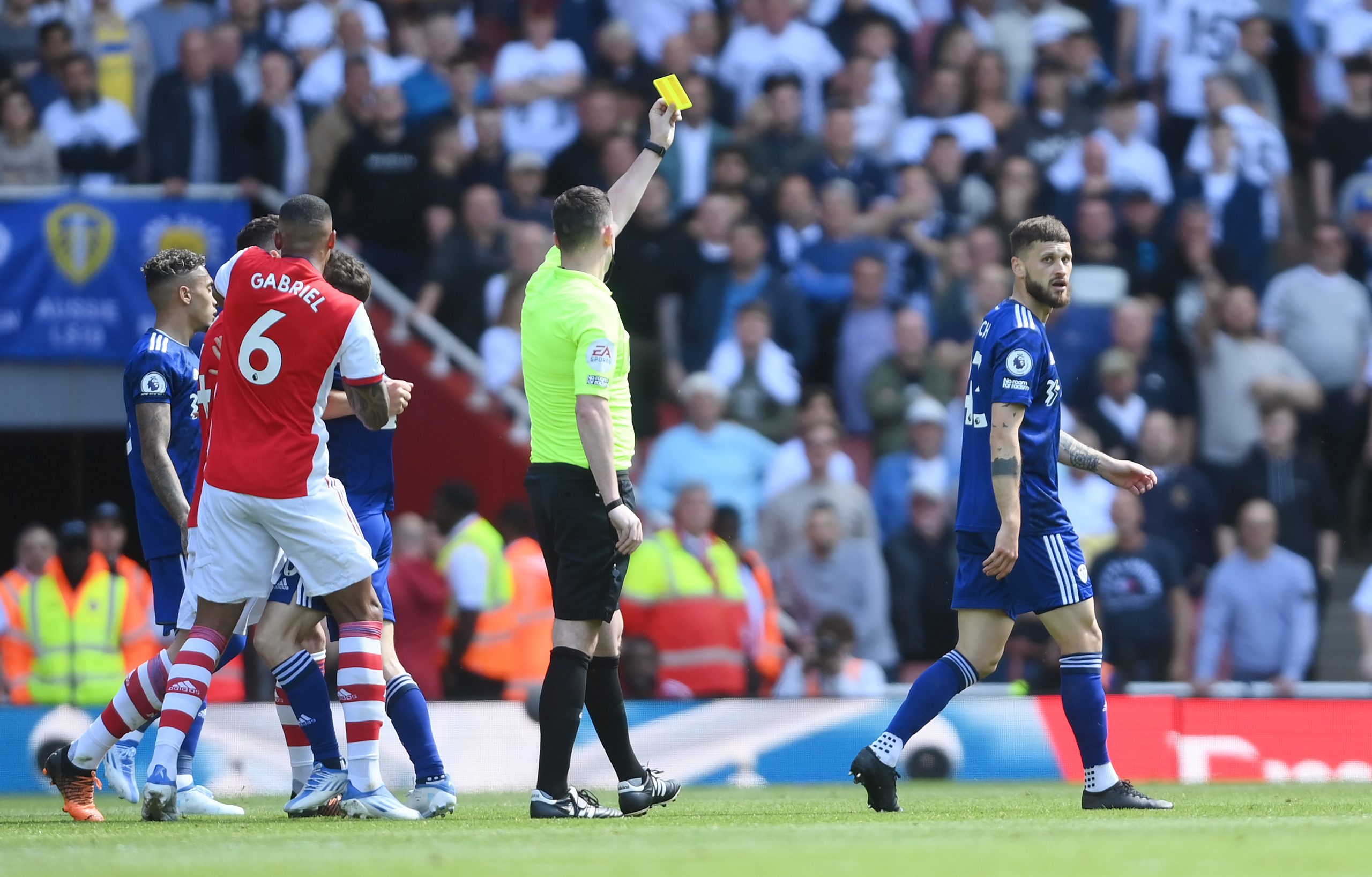 Leeds United passed a century of cautions in the top-flight across 2021-22, breaking a record. We look at the records around the most cards in a Premier League season.

When Liam Cooper was given a yellow card in the 84th minute of Leeds’ Premier League meeting with Brighton on Sunday 16 May, not many people in Elland Road would have realised they’d witnessed history. The majority wouldn’t have cared at the time, either – Leeds United were 1-0 down in a vital match to avoid relegation.

Cooper’s caution was the 100th yellow card that Leeds received in the 2021-22 Premier League season and meant that the Yorkshire club became the first team in English top-flight history to be given a century of yellow cards in a single season.

It was fitting that the caution was dished out by Mike Dean – the referee who’s handed out more yellow and red cards than any other in Premier League history. They went on to add one more in their final game against Brentford to make it 101 overall – Kalvin Phillips being the man to be cautioned on that sunny Sunday in west London.

The draw with Brighton in their penultimate game of 2021-22 saw Leeds given three yellow cards, with first of which was brandished to defender Junior Firpo.

No player was shown more yellow cards than Firpo in the Premier League last season (11), while only two players have ever picked up more in a single campaign in the competition for the Yorkshire club: Olivier Dacourt (13) in 2000-01 and Lee Bowyer (13) in 1999-00.

Those efforts from Dacourt and Bowyer were one less than the Premier League record of 14 in a single season, held by six players:

Whilst Firpo didn’t break the Premier League seasonal record tally in 2021-22, there’s much to admire about his personal quest to get as many cautions as possible in his first-ever English league campaign.

He was booked in 11 of his 24 Premier League appearances for Leeds last season (46%) – avoiding a caution in Leeds’s final day meeting with Brentford meant that he was close to receiving a yellow card in exactly half of his games in 2021-22, but we were all cruelly robbed of the feat.

Firpo’s personal yellow card quest isn’t the most impressive in a Premier League season, however.

In 2017-18 Manchester United’s Marcos Rojo was given six yellow cards in the Premier League. There’s nothing exceptional about this at first glance. However, the Argentine only played nine matches and 640 minutes – being cautioned every 107 minutes on average, and in 67% of his appearances.

The 1998-99 efforts of Marc-Vivien Foé are also worth a mention, with the Cameroonian booked in eight of 13 Premier League appearances (62%), while Newcastle United’s former midfielder Cheick Tioté was cautioned 14 times in 2010-11 in just 26 apps (54%). Surprisingly, none of those yellows came following his famous 87th-minute equaliser in the 4-4 draw with Arsenal that season (from 4-0 down).

Leeds’ lack of discipline on the pitch didn’t help their battle against the drop, but they avoided relegation with that final day 2-1 victory at Brentford. Should they continue to keep the referee busy in 2022-23 however, it might be a different story with an unhappier ending.