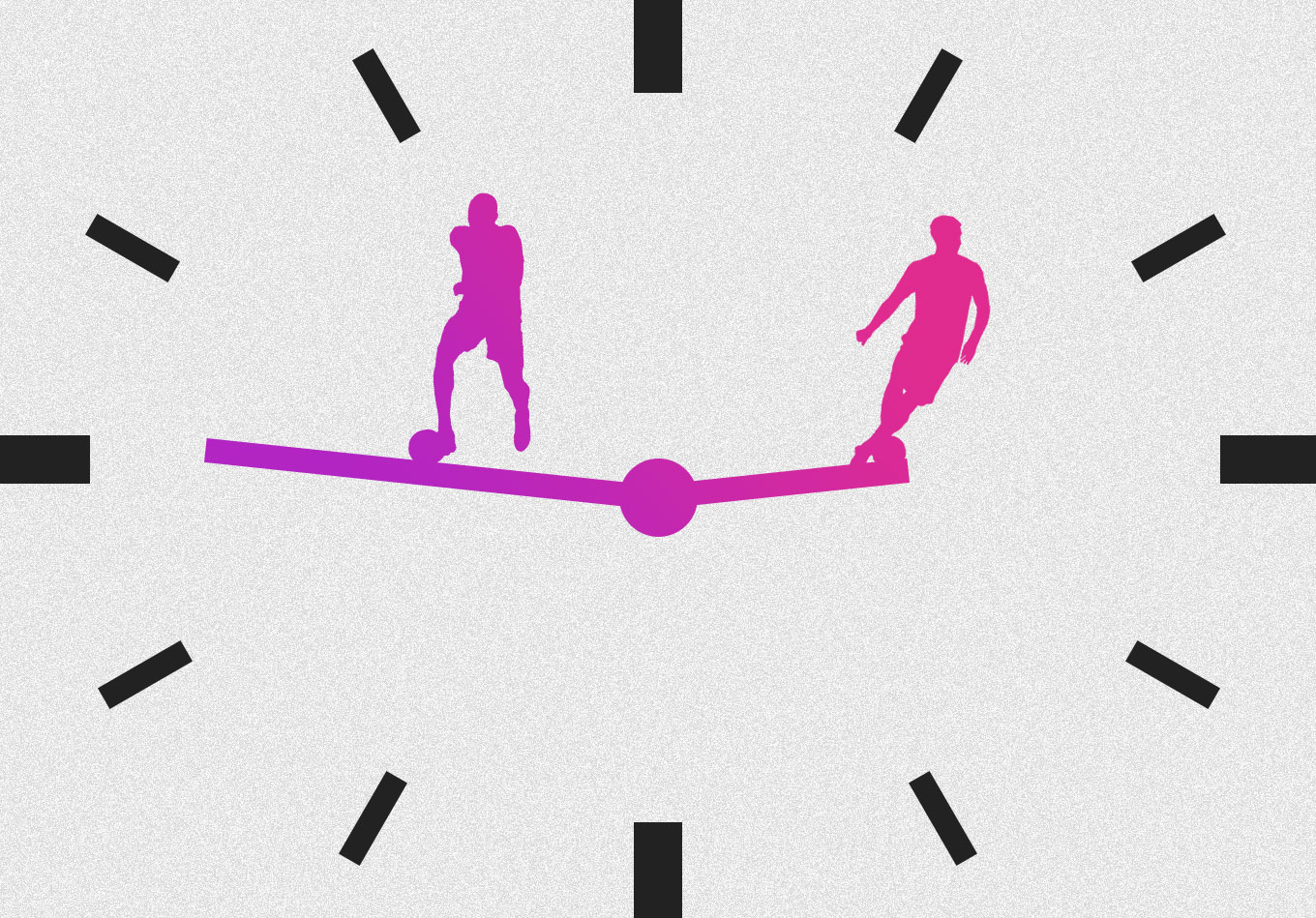 Have you ever chosen to watch a Premier League game purely because of the time slot it has been allotted? Not because it’s, say, Monday night and you have nothing else to do but watch Wolves vs Everton, but because deep down you know in your heart that certain television-decreed kick-off times actually produce a certain type of game. “Nothing happens in the early game on Saturday,” you lament, without hard evidence. It’s a vibes-based approach to enjoying the Premier League, but do the numbers back it up? Let’s investigate.

First, we need to decide on the time period to look at. Here in March 2022 we’re nearing the conclusion of the 30th Premier League season and while it’s neat to look at the entire block as a homogenous lump of classic end-to-end football, in television terms it’s actually a series of specific broadcast cycles. Cycles that have introduced – and sometimes removed – time slots throughout the competition’s history. The current situation dates largely from the start of the 2016-17 season, with a Saturday 12:30 kick-off (moved forward from the previous 3pm blackout-risking 12:45 slot), the eternal classic that is the 3pm game followed by a 17:30. On Sunday the standard is a 2pm and Super Sunday at 16:30 (shifted back from its longstanding quasi-traditional 4pm slot). Add in Monday at 8pm, and now Friday at 8pm, and you have seven regular time slots currently.

We also need a largely unscientific vibe check to compare the hard data with. As a lifelong Our League fan I would posit that the following is widely or at least partially accepted:

So that’s how the Premier League time slots feel, but what do the numbers say?

It’s pleasing to see Saturday at 3pm, the daddy of timeslots, the Edwardian factory worker’s friend, come out so close to the middle. The time slot’s goals per game rate is almost identical to its expected goals rate, which is what you’d expect from a scheduling point that takes up 32% of the slack and is experienced existentially via descriptions provided by former players in knitwear.

It’s Sunday that emerges as the true hero here, with the 16:30 slot recording the highest xG and the second highest goals per game. It makes sense too, because this is the time slot which for much of the season will contain the best teams and, by extension, the best players. And the lesser spotted Sunday 4pm spot fares even better with an average of 3.22 goals from 83 games.

[Troy McClure voice] “Hi, I’m Sunday at 4pm. You might remember me from such classics as Arsenal 3-4 Liverpool in August 2016 or Liverpool 4-3 Manchester City in January 2018.”

Some won’t understand but football doesn’t need to provide goals to bring us joy. The 2022 Carabao Cup final between Chelsea and Liverpool ended goalless but it was 120 minutes of relentless entertainment, capped off with the-penalty-shootout-that-would-not-end. As theorised above, it feels like the Saturday 17:30 games – in their post-2016 scheduling format – have that same energy, and guess what, the numbers back it up.

If we take expected assists (in this context acting as a proxy for games full of killer balls and slide-rule passes) and plot that with shots on target (because we all like goalkeepers being tested; some of us even enjoy them making saves) then the Saturday-at-half-five games come out top for both metrics. A perfect example of this is the game that cemented expected goals in the UK public’s mind, Arsenal’s home defeat to Manchester United in December 2017. A game with 6.55 xG – the third-highest recorded in a Premier League match – saw David De Gea make a record 14 saves as Arsenal utterly dominated by still managed to lose 3-1.

The expected assists figure in that game was 4.8, which is the second highest figure recorded in a Premier League game and there were 20 shots on target too. Could that game, one of the best Premier League encounters of all time, have taken place in a different time slot? Yes, of course, but does it feel like it also encapsulates the mad, bad energy of the Saturday 17:30 fixture? Also yes. It’s no surprise then to see that the Sunday 16:30 is not dissimilar, the stadium tour elder cousin of the punk rock Saturday 17:30.

At the other end of the scale are time slots such as functional Tuesday at 19:45, sometimes lacklustre Monday at 8pm and, of course, the eternal trudge of Saturday at 3pm. Once again, none of this prevents any of these kick-off times serving up a classic but generally, they are much more sedate. The vibes never lie.

Goals and excitement are desirable but there are other ways for games to become seared into our memories, building those important time slot vibe associations. Red cards, for instance, and/or penalties. You may not like it when it impacts your club but there are millions of others watching along and loving every minute. In the musing at the start of this article, the suggestion was that the early 12:30 game on Saturday is often slow to get going, and although it’s fairly average on the metrics we’ve looked at so far, it leaps out when it comes to red cards per game, the 0.19 per game far outstripping every other time slot here. And maybe that’s why there’s sometimes an unsatisfactory feeling around these matches, because, as we know, a referee reducing a team to 10 men is often said to have “spoilt the game”, even though he only doing his job.

Furthermore, games in this time slot are often half-viewed on the way to 3pm kick-offs, in pubs containing a small mid-2000s television with the winter sun shining on it through a curtainless window and the sound turned off. There’s been a red card. But for who?

Our best friend the Sunday 16:30 dominates the penalty standings, ahead of its half-brother the Sunday 16:00. Glamour can result in clamour for spot-kicks, and the referees are usually willing to oblige.

It makes up for their reluctance to do it in bread-and-butter midweek games, with Wednesday at 20:00 once again coming out as a particularly dreary time to schedule a game.

So, what have we learnt? That if you cherish the late game on Saturday or Sunday you are right to do so, because most of the time they are just more fun, however you choose to apply that emotion to football. And yes, that’s partly because these slots are filled with some of the most attractive fixtures, but other factors come into it too. Aesthetically football just looks better in the dark, but it also should be played at weekends, when more people can enjoy it.

Saturday at 17:30 and Sunday at 16:30 is the connoisseur’s choice with their perfect combination of action, drama and footballers performing at the cutting edge of their circadian rhythm. We’ll take a lunchtime low winter sun making one half of the pitch semi-unviable, we’ll take a Monday afternoon kick-off in the height of a pandemic, we’ll take any of it really, but you know what we really want, and now you know the reasons why. 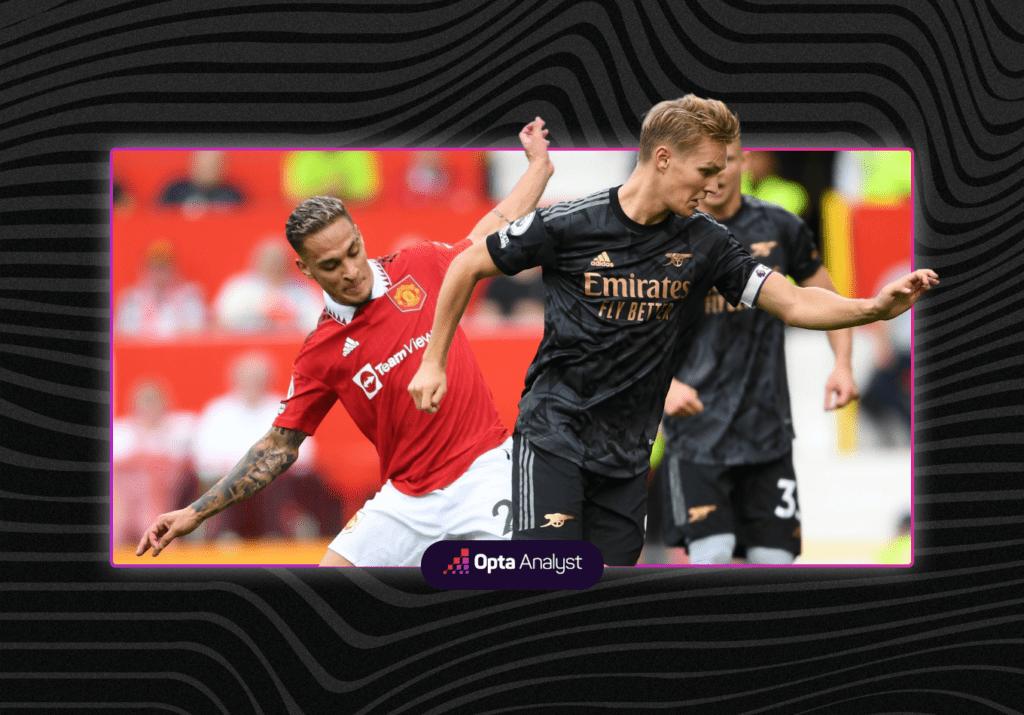