How Good is Alexander Isak? The Futuristic Forward Draws the Attention of Europe Once More | The Analyst 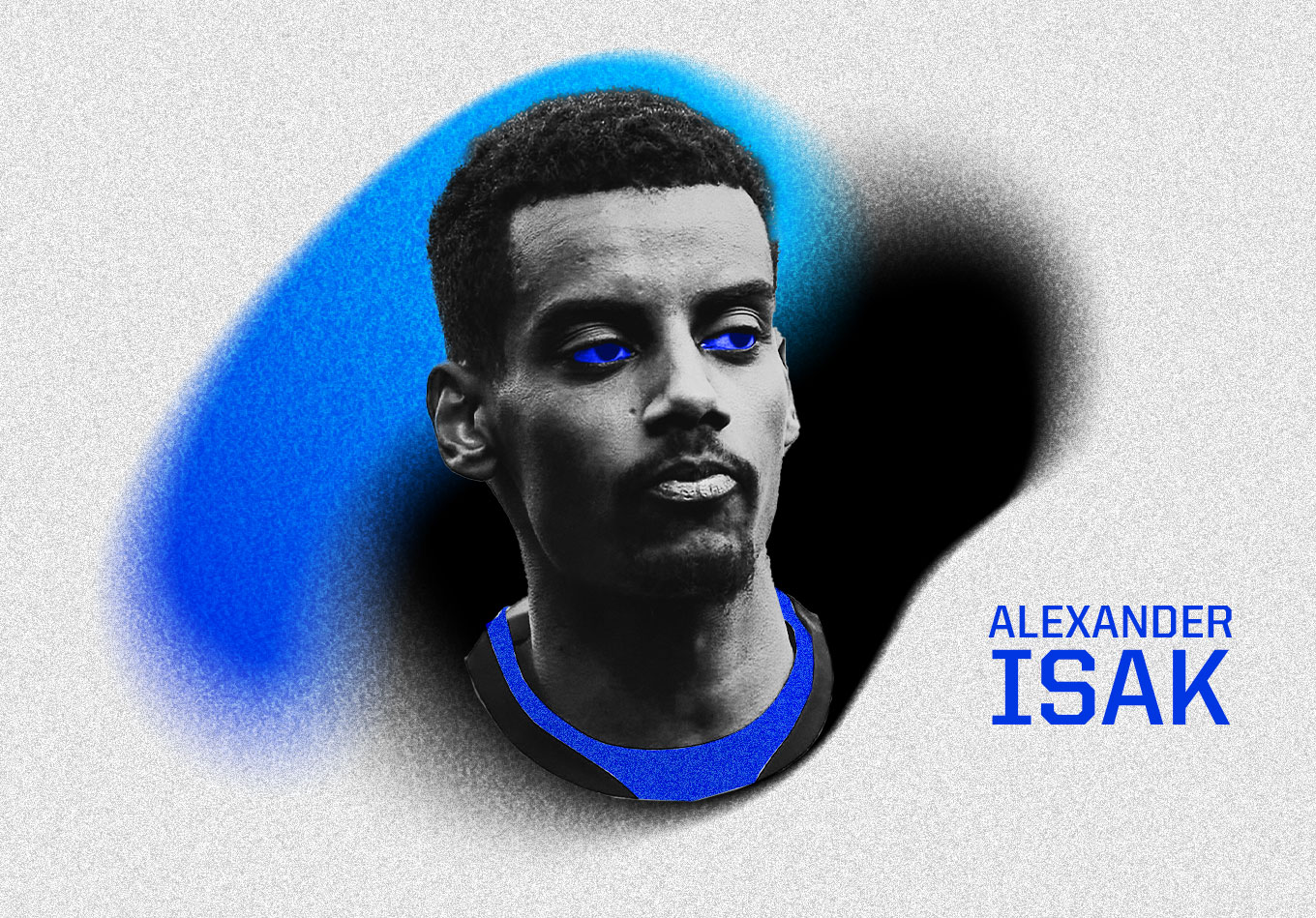 How Good is Alexander Isak? The Futuristic Forward Draws the Attention of Europe Once More

January is upon us, and with it comes a first sighting of the transfer market wolves. Poking their heads out of the cover for the first time since August, they know the juiciest catches are hard to come by in the winter but will be attentive just in case. In the hunt for the stars of tomorrow they can’t afford to be late to catch.

For the majority of clubs who are out of range on a realistic pursuit of Erling Haaland or Kylian Mbappé, there exists a sub-group of young forwards in which their focus will be diverted. Along with the likes of Dušan Vlahović and Jonathan David, Real Sociedad’s Alexander Isak forms part of a ‘next best available’ tier of under-23 forwards who play in one of the big five European leagues and have had a tangible level of production there in recent seasons. In some ways, the fight for this sub-group of forwards may be even more fierce than that of the Haaland/Mbappé lottery, which could quickly be narrowed to a duel between as few as two clubs. A player like Alexander Isak, meanwhile, could potentially be receiving proposals from multiple top-flight leagues.

So, how did Isak embed himself at the front of European football’s arms race for forwards?

The short answer is the Swede has scored 40 non-penalty goals across all club competitions since the start of 2019-20. Among players who are currently 23 or under, his tally is bettered only by Mbappé and Haaland in this period for those playing for a club in the big five European leagues. By comparison to our ‘next best thing’ alternatives, Isak has scored more in total and has a better per 90 average (0.54) for non-penalty goals than both Vlahović (0.47) and David (0.45) across the last three seasons at club level.

As impressive as his record has been however, quoting goal figures alone only covers the surface of Isak’s attraction. The 22-year-old has a unique profile not only in comparison to Vlahović and David, but across the whole of Europe in his position group.

Listed as 6-foot-4 on Real Sociedad’s club website, Isak’s height could bring about notions of a target man to the unacquainted. And yet the reality is that Isak is actually one of the most mobile strikers in Europe, both in terms of his general agility and ability to dribble with winger-like co-ordination. To watch Isak move with the ball, given his physical stature, feels like the football equivalent of watching NBA superstar Kevin Durant dribble with the basketball; that rare combination of lankiness paired with technical skills usually exclusive to smaller players.

The Swede has averaged 13.2 take-on attempts per 100 touches in La Liga this season – the highest rate of any striker to have played 500 minutes in the competition, while also ranking him in the 99th percentile among all players across the big five European leagues. It’s symbolic of Isak’s game that he shares the top end of this ranking with a host of Europe’s most lively wingers. Theirs is a school that he borrows from regularly during his day job as Real Sociedad’s number nine.

“The coach wants me to be a modern striker, to press a lot and work hard without the ball, and then once we have it there are no boundaries,” Isak said in an Independent interview last year. “I’ve become more dangerous in the spaces. People will always count the goals, I want to score, but I want to be a modern striker. I love playing football and that means being involved as much as possible.”

This mixture results in a style of forward play not dissimilar to the type with which Thierry Henry terrorised the Premier League with during the 2000s. Like the Frenchman, Isak is most comfortable when he’s on the move and he mixes in his classic penalty area runs with regular drifting into the channels to drag defenders into matchups they’d rather not entertain. Whether in a pure foot race or from a point of fronting them up with a dribble, Isak is skilled enough to beat full backs and simply too quick for most centre backs. When he drops deeper to receive, Isak’s accelerations towards the teeth of the defence can wreak havoc for unorganised opponents.

Among strikers who have played at least 3000 minutes since the start of the 2019-20 season, Isak ranks within the top 10 for average distance per carry within the big five European leagues (13.1 metres). Despite being a metric that typically favours those playing in counter-attacking teams with more space to attack – Real Sociedad rank fourth in La Liga for possession during this period (55%) – the Swede still figures as one of the most effective ground-eaters when moving with the ball.

Despite being notably tall, Isak’s explosion in La Liga has been on the back of very little traditional target man play. Only four of his 40 non-penalty goals for Real Sociedad have been headers, and he has won just 37% of his aerial duels in his career in La Liga (he averages 3.8 aerial duels per 90). Channelled in the right way, Isak could feasibly become a penalty area threat in the air given his height and athleticism, but this hasn’t been central to his game to date. Therein lies an intriguing prospect: What would he be if he could develop target man traits to pair with his scorching dynamism?

Isak doesn’t need to become a physical factor or develop a classic presence at the head of the pitch – he’s been effective enough without it – but the fact that there is room to expand his attributes even further is a lucrative one in view of the market. With his height and still only 22 years old, armed with a record of a goal every other game for Real Sociedad and boasting a unique blend of physical and technical attributes, La Real can leverage the fact that even behind all of that, Isak’s game is still in a state of construction.

Speaking on the Spanish radio show ‘La Pizarra de Quintana‘ late last year, Yeray Álvarez – the centre back for Real Sociedad’s rivals, Athletic Club – namechecked the Swede as one of his most difficult opponents to face due to that wide range of existing attributes.

“To give you a name, someone who was really difficult because I didn’t know him was (Alexander) Isak, the first time we faced. He’s a tall striker, quick, technically good, the movements he makes are done in the right moments… he’s tricky, it’s difficult. This type of striker is more difficult for me than one who looks for more (physical) contact.”

If there is to be a life after Real Sociedad for Alexander Isak, his next team would ideally be one with a dynamic attacking style. Ironically, if there is to be one for Erling Haaland after Borussia Dortmund, Isak would be an excellent alternative for the team who signed him and then sold him to Real Sociedad less than two years later. If it is to be the Premier League, though, then a reunion with former teammate Martin Ødegaard in a youthful Arsenal side looks like a particularly attractive one.

In the forthcoming frenzy for 23-and-under forwards thought to be attainable, the figures of Erling Haaland and Kylian Mbappé loom large as moves that will alter the dynamics of the sport and determine the steer of the game’s biggest prizes. For the superpowers who happen to miss out, as well as the next tier of hopefuls, Alexander Isak might well be their next call. 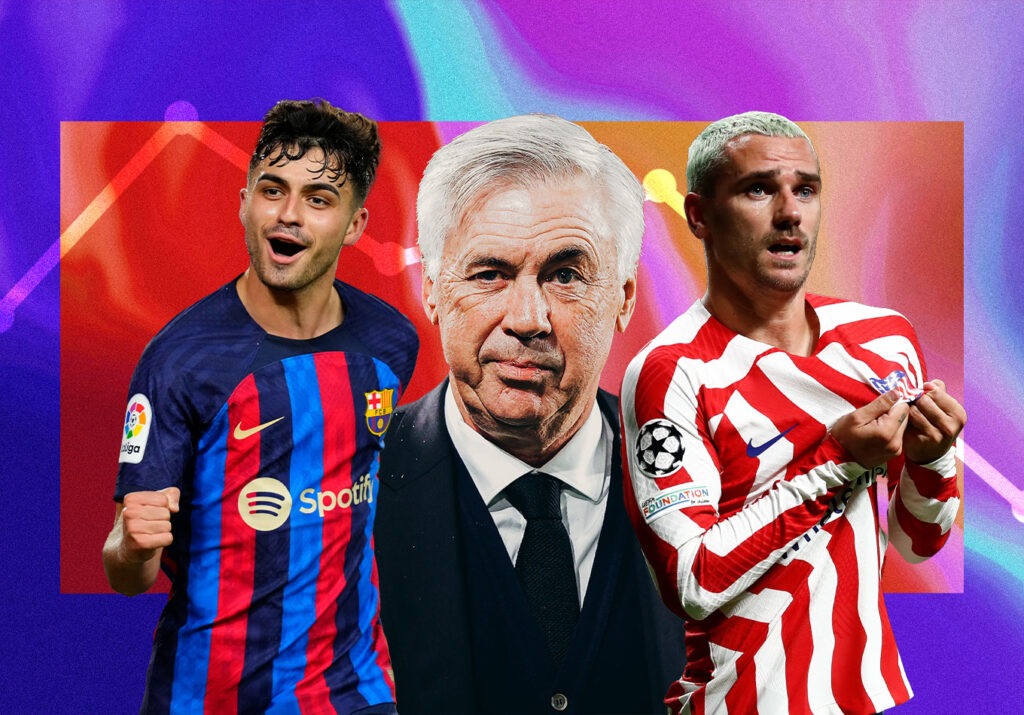