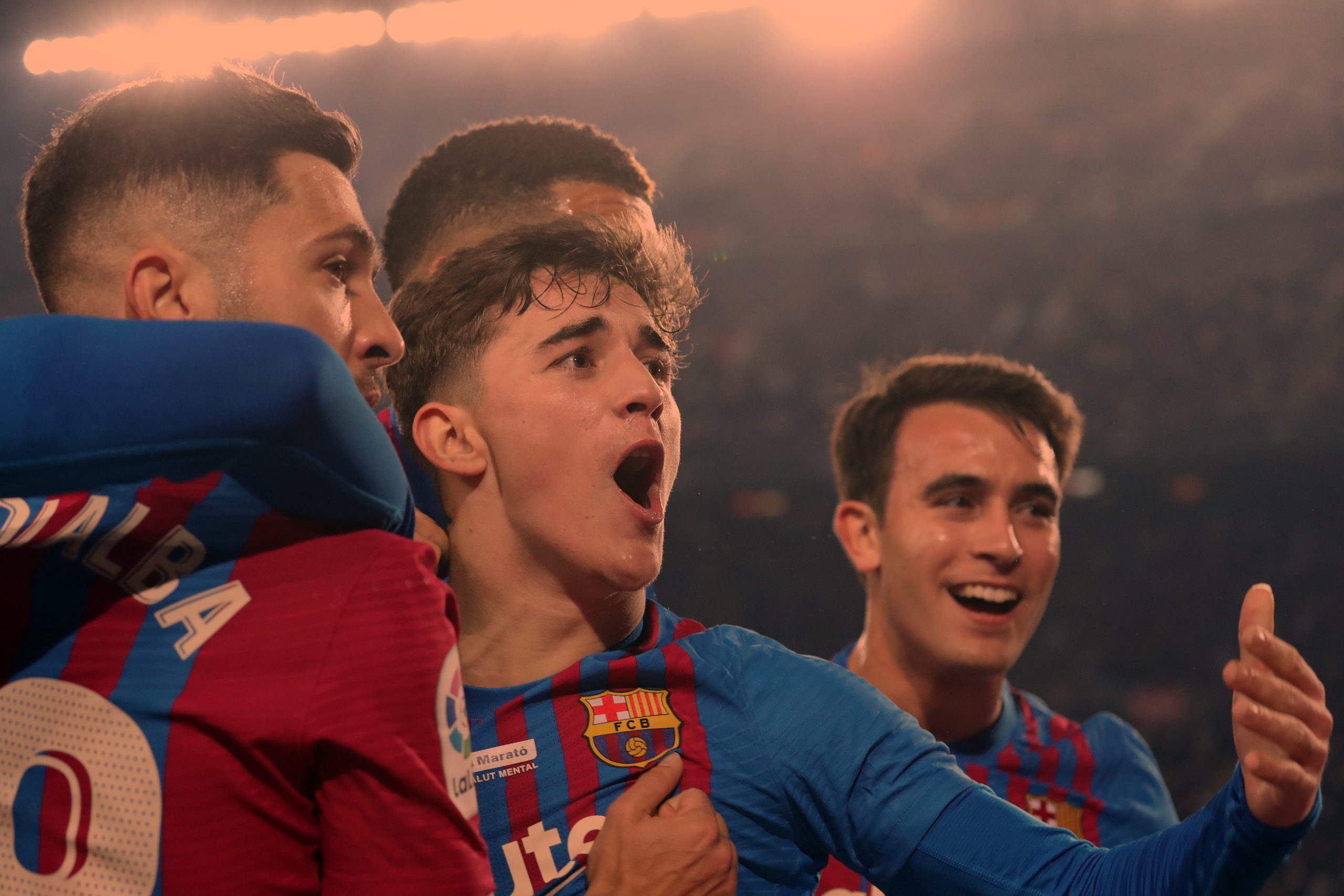 It’s no secret that Ligue 1 has proved a valuable league for progressing the careers of many young players, but is that the case in 2021-22 so far? Which clubs have used the most under-21 players before the 2021 Christmas break? The results may surprise you…

Give Youth a Chance

We’ve seen some exceptional talent produced from the French top-flight in recent times, with Ligue 1 arguably the best breeding ground for some of the most talented players across the top European leagues. Stars like Zinedine Zidane, Thierry Henry, Eden Hazard, Karim Benzema and Kylian Mbappé all began their professional career in the competition.

So far in 2021-22, Ligue 1 is leading the way for giving playing time to younger players, with under-21 talent being given more than double the playing time per game (183 mins) compared to the English Premier League (82 mins) on average.

Four of the 10 European teams with the youngest average starting XIs this season play in Ligue 1, with Reims leading the way. At 24 years and 168 days old, the side placed 14th in the league table are the youngest in the top five European leagues in 2021-22, with Monaco, Brest and Nice not far behind.

Reims enjoyed a 2-0 victory over Saint-Étienne on December 11, with the fact that their starting XI age of being just 23 years and 75 days old on average adding an extra special touch to the three points collected. This is the youngest starting XI by a team in the big five European leagues so far in 2021-22, just ahead of Marseille’s 23y 129d versus Clermont in October.

It’s Saint-Étienne themselves that have been the most prolific team at giving under-21 players their chance in 2021-22, though. The Ligue 1 club have used 11 different players aged under the age of 21 in matches this season, two more than Reims (9) and Rennes (9) and only just edging out Barcelona (10) across the European leagues.

Barcelona have led the way elsewhere, though….

Barcelona’s recent off-the-pitch struggles have been well documented, and they don’t need to be further explained here. However, losing arguably their all-time greatest player in Lionel Messi in the summer wasn’t the best start to 2021-22. They have continued to struggle in La Liga as we head into the new year, with Ronald Koeman paying for the poor results with his job in October.

La Masia has always been a major positive for Barcelona, and it’s producing results again. 2021-22 might be a write off for the Spanish giants, but the future looks bright with so much exciting talent coming through to the first team.

As we head into Christmas, Barcelona lead the way for minutes given to players aged under 21 within the give five European leagues in 2021-22.

The last few seasons have been fairly miserable for Arsenal. They could only finish eighth in the Premier League last season and failed to qualify for European competition in 2021-22 for the first time since 1994-95. But, so far this season, things look like they might be on the up for the Gunners.

One of their weakest positions in recent years has been in central defence, but William Saliba was judged too young and inexperienced to be pushed into the first team. As a result, he was sent to Marseille on loan for 2021-22, after two seasons in Ligue 1 with Saint-Étienne (2019-20) and Nice (2020-21).

Now 20 years old (and not turning 21 until March), Saliba has picked up those valuable minutes on pitch to aid his development. He’s played 1,530 minutes of league action this season within Ligue 1, more than any other player across the major European leagues while aged under 21 years old.

Another of Arsenal’s young talents to appear within the top 10 is England international Bukayo Saka – playing 1,324 minutes of Premier League action in 2021-22. Saka doesn’t turn 21 until September, so should remain within this top 10 come the end of the season barring injury.

Only two players have been involved in more league goals across the top five European leagues this season than Saka while aged under 21: Reims’ Hugo Ekitike (19 years old) and the precocious talent of Florian Wirtz at Bayer Leverkusen (18 years old).

This has led to Gerardo Seoane’s having an impressive 21 goal involvements come from their under-21 players in the Bundesliga this season, five more than any other side in the major European leagues.

13 of these have come from Wirtz (five goals, eight assists), with the 18-year-old becoming one of the hottest properties in club football.

With many of Bayer Leverkusen’s squad in or under the ‘peak’ age, this could be an exciting side to watch over years to come…until Bayern Munich decide they want to sign the best of them.

Not every club believes in giving youth a chance.

Union Berlin, Clermont, Eintracht Frankfurt, Elche, Newcastle United, Rayo Vallecano and Sassuolo are all yet to give a single minute of action to a player aged under 21 in league football across 2021-22…but there is still time.

Lazio may have handed a total of 187 minutes to Luka Romero (16 years old) and Raul Moro Prescoli (19 years old) in Serie A this season, but they still have the oldest average age starting XI across all five of the major European leagues in 2021-22.

In fact, six of the oldest 10 sides across these leagues are Serie A teams, including reigning Italian champions Internazionale.