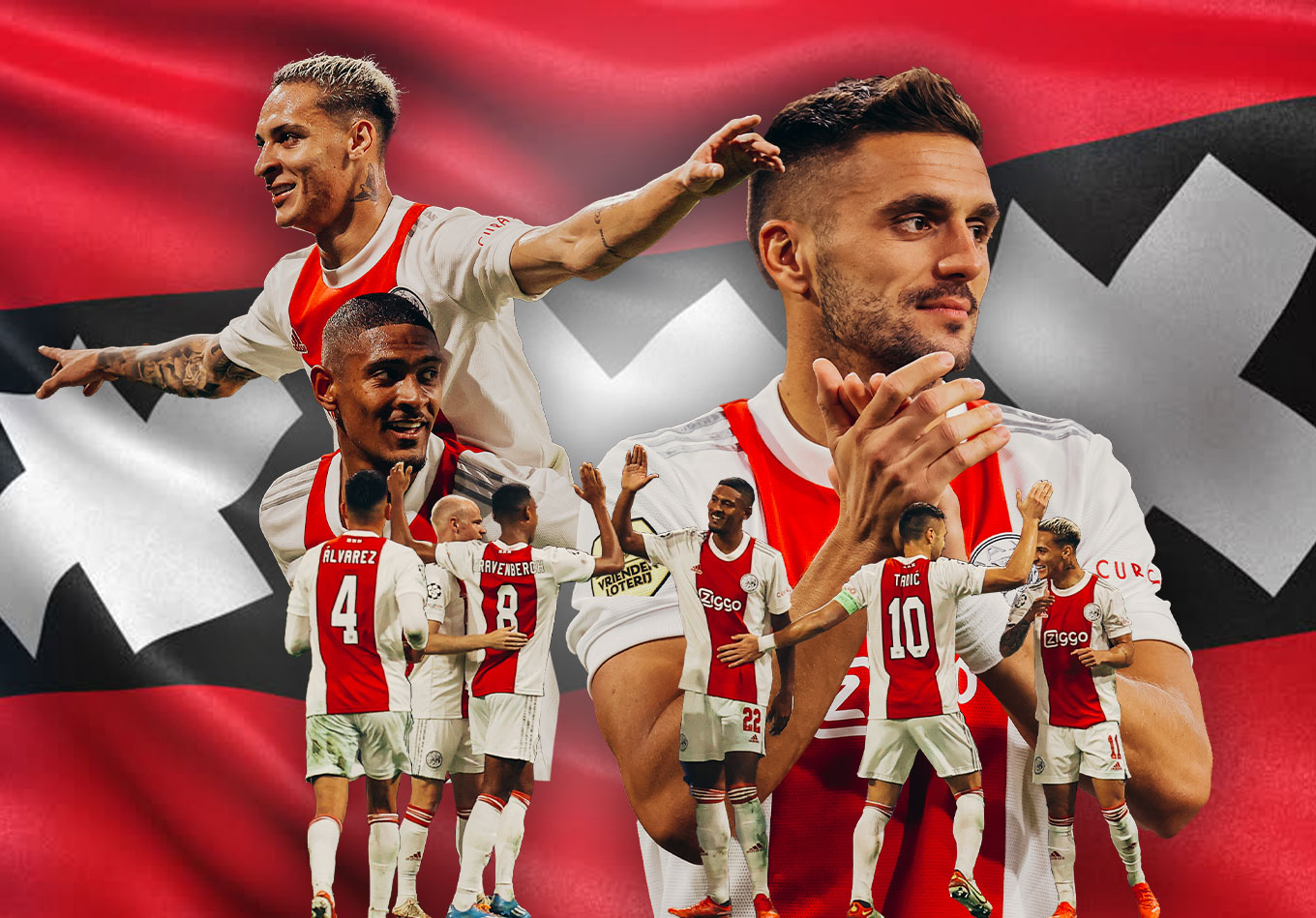 In 2019, Ajax shook Europe with an impressive Champions League run. A youthful squad full of academy graduates, accompanied by a few experienced players, managed to eliminate Real Madrid and Juventus, and just barely missed the final. Two and a half years later, Ajax seem ready to repeat that stunt. After four games in the group stage, they have already secured knock-out football. Can they do it again?

Despite that, Ajax have successfully built a new squad that can compete – and impress – at the highest level. And all in a very short period of time.

Erik ten Hag’s side have already qualified for the next round of the Champions League after winning each of their first four matches. They are one of only four teams with a 100% record so far and will be looking to become only the second Dutch team to win their opening five games of a European Cup/UEFA Champions League campaign, after Feyenoord in 1971-72.

In the process, they’ve scored fourteen goals. Only Bayern (17) and Manchester City (15) have more.

So, who make up today’s Ajax team, and what makes them so good?

The biggest factor in Ajax’ continuous success is not a player – it’s manager Erik ten Hag.

Since arriving at the club in the winter of 2018, the tactician has been moulding his team into a pressing and attacking machine.

After his first six months, where Ten Hag could not stop rivals PSV from grabbing the league title, Ajax have won almost every available domestic prize. Since his arrival, the Amsterdam side have reached the Champions League semi-finals for the first time in 23 years, have scored 504 goals in 185 games and, just because they could, recorded the biggest-ever Eredivisie win (13-0 against VVV-Venlo). No manager in the history of Dutch football has made an impact quite like Ten Hag in his first 100 games in charge.

But it’s not just the results. It’s mainly Ajax’s way of playing that has attracted many.

Ten Hag has got his team pressing aggressively, aiming to win the ball back as quickly and as high on the pitch as possible. Even at Champions League level, Ajax are relentless in pressing their opponents. This season, no team has taken as many shots following a high turnover as Ajax, while only Liverpool and Chelsea have allowed their opponents fewer passes per defensive action (PPDA).

Once more, Erik ten Hag has made Ajax an exciting and energetic goalscoring machine. It seems that, after 2019, the tactician has found his new babes. Who have been his key contributors this year?

Premier League Vibes in the Netherlands

For most of football history, it has been customary for players to move from the Netherlands to England, and not the other way around. But lately, Ajax have broken tradition. With Dušan Tadić, Daley Blind and, as of this season, Sébastien Haller and Steven Berghuis, Ajax have four former Premier League players in their starting eleven.

Tadić was already a core member in Ajax’ previous Champions League run, and he is still making a huge impact. In 165 games for Ajax in all competitions, the Serb has been involved in 157 goals, all while mostly playing as a winger.

During that time, Tadić has shown why he’s considered one of Europe’s best creators. Since his Champions League debut in 2018, nobody has created as many chances from open play as Tadić.

At the same time, Daley Blind has been vital in Ajax’ build-up play. In the current Champions League season, only Shakhtar’s Marlon Santos has played more forward passes than the former Manchester United player (124). And only Antonio Rüdiger (64) and Joshua Kimmich (57) have played more passes into the final third than Blind’s 54. Against Dortmund at home, he even scored his first ever Champions League goal for Ajax.

However, the main man of the current Ajax squad is without a doubt Sébastien Haller. Scoring four goals on his Champions League debut at Sporting, the French-Ivorian striker silenced his critics and announced himself on European football’s biggest stage. Since then, he has put his troubles at West Ham well and truly behind him. After three matches, he had six goals and two assists to his name. No player has scored more than six goals in their first three Champions League matches. In his fourth game, he added a seventh goal to his tally.

Was Haller lucky to get off to such a hot start? His expected goals total suggests otherwise. Haller has managed to get into fantastic goalscoring positions where he can take high-value chances. Only Robert Lewandowski has clocked up a higher xG total than the Ajax marksman.

Now, onto Steven Berghuis. Yep, the same Steven Berghuis that didn’t make it to ten appearances in the Premier League and is widely regarded a Watford flop. But Berghuis’ story is worth telling.

After leaving Watford, the winger signed for Ajax’s arch-rivals Feyenoord, where he enjoyed a lot of success. From winning Feyenoord’s first league title in almost twenty years and becoming captain, to being involved in over 100 goals: Berghuis was on his way to legendary status in Rotterdam. That is until he signed for Ajax. A clause in his contract made one of the most sensitive transfers in Eredivisie history possible, and Berghuis became an Ajax player in the summer of 2021.

The Dutchman fits right in. Transformed from a winger to an atypical No. 10, he makes crucial contributions for Ajax almost on a weekly basis. Not only did he score in his first two Champions League games for the Amsterdam side, but he broke the deadlock in Ajax’s crucial Eredivisie match against PSV and has delivered six assists across all competitions. A Feyenoord captain shining for Ajax: yes, this is real life.

Traditionally, it’s not the big signings that grab people’s attention at Ajax. It’s the young players that come from the famous academy. After Matthijs de Ligt and Donny van de Beek in 2019, there are some new kids on the block.

Breaking almost every age-related record there is, Ryan Gravenberch naturally stands out as one of Ajax’s most promising talents. Since making his Ajax debut at 16 years and 130 days – beating Clarence Seedorf as the youngest Ajax player ever – things have escalated quickly for Gravenberch. Still only a teenager, he’s already closing in on his 100th game for Ajax and the Dutch National Team.

Gravenberch’s biggest quality is undeniably his dribbling – only Feyenoords’ Luis Sinisterra has completed more dribbles in the Eredivisie this season. It’s made Gravenberch a reliable starter for Erik ten Hag’s side.

Whereas Gravenberch’s dribbling stats are impressive, especially for a central midfielder, the king of carries is another youngster, Jurriën Timber. What he lacks in physique, Timber makes up for with his technique on the ball. In the Eredivisie, the 20-year-old centre back has made more carries than any other player (256), demonstrating his ability to dribble the ball into midfield. It’s no different in the Champions League, where Timber is only surpassed by three players when it comes to the total number of carries (defined as dribbling with the ball for five metres or more).

It’s a statistic that must bring joy to manager Ten Hag, who stated last season that ‘Jurriën needs to take more initiative in possession.’ Timber has acted on this advice and been called up to the Dutch national team as a reward.

The most exciting talent of this Ajax squad is, however, a Brazilian. 21-year-old Antony arrived from São Paulo in 2020 and after a year of settling down, has grown into one of the most threatening wingers in this season’s Champions League. Already on four assists – the joint-highest tally in the competition – he successfully combines Brazilian flair with high productivity. Bayern are already rumoured to be interested in the youngster. And so, the cycle of 2019 begins once again.

Compared to 2019, the current Ajax squad not only seems more mature but also more consistent and effective than previous iterations. Aside from the former Premier League players and the promising youngsters, Ajax is helped by some Latin-American Grinta from players like Lisandro Martínez and Edson Álvarez, while 38-year-old goalkeeper Remko Pasveer has exceeded expectations. Pasveer’s turning point seemed to be the home game against Dortmund, in which he became the first goalkeeper to save three shots on target by Erling Haaland in the Champions League. After being criticised for being too old and slow, he is now considered a very decent replacement for the suspended André Onana. The team simply seems balanced.

So, what’s next? With international media outlets like L’Équipe and La Gazzetta dello Sport praising Ajax and warning the rest of Europe’s elite to watch out for the Dangerous Dutch, Ten Hag’s will not be underestimated. Depending on the draw, Ajax might even be favourites for their last sixteen match-up in February.

It won’t concern Ten Hag. He knows what his new babes can do and enjoys the challenge. Minutes after reaching the next round, the manager seemed done celebrating and looked ahead. ‘We want to get further in the Champions League, we want to annoy the elite clubs in Europe’, he was quoted saying.

And chances are, they will. 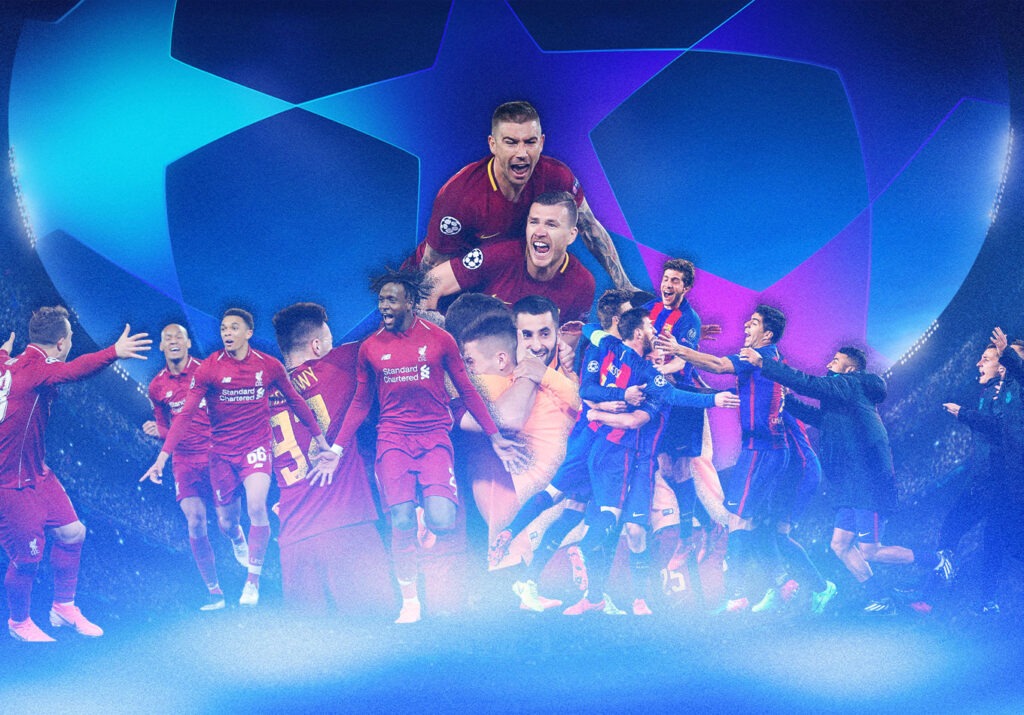