Premier League Line-ups: the Common & the Rare | The Analyst 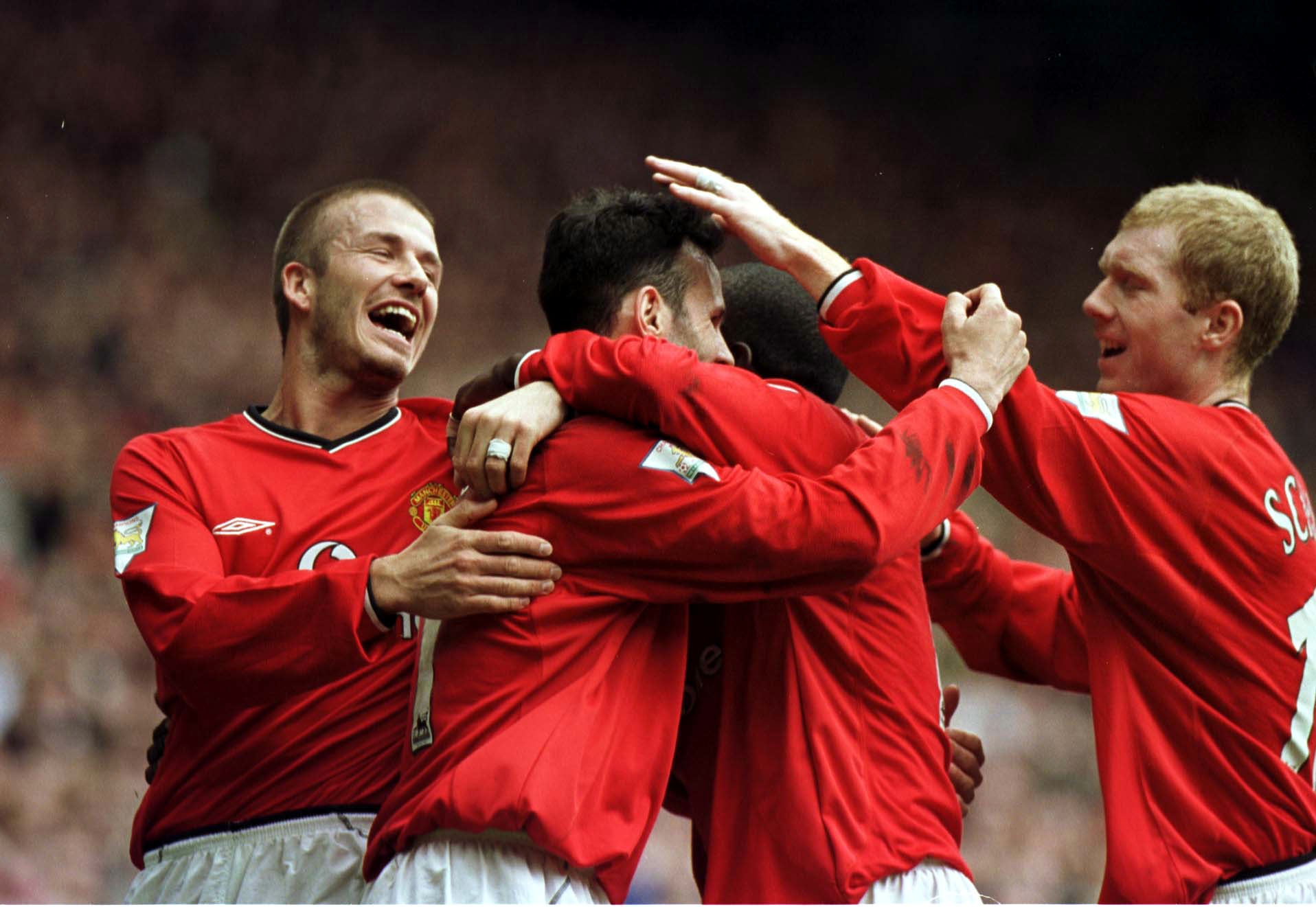 “‘Remember when’ is the lowest form of conversation.” Tony Soprano, 2007.

Well, that’s your opinion Tone, but what is football if not just remembering things? You sometimes drift and wonder what fans in the 1890s talked about when they only had a few meagre seasons of league football to mine for anecdotes and fleeting moments of conversational superiority. You marvel at how a few top-flight seasons in the 1980s can keep an Oxford or a Luton fan stocked up with conversation four decades on. You list your club’s four best right-footed left-backs. You try and name all the substitutes Terry Venables refused to use in the Euro 96 semi-final. You rattle off six centre-forwards who have worn a squad number lower than seven in the Premier League. You overhear an uncle in Sutton Coldfield repeatedly and aggressively telling some cub scouts about Aston Villa only using 14 players when they won the league in 1981. You make conversation with a Charlton fan in a queue at a post office in Hither Green using the phrase “Young, Fish, Costa, Fortune.” You become agitated when a colleague won’t accept that all nine of Dino Baggio’s Premier League appearances came as a substitute. And yes, you end up, shamefully, in an actual scuffle because once again it’s your job to confirm that Kanu was in the starting XI at Stamford Bridge and they simply won’t accept it.

That’s the emotion. Here comes the science: the availability heuristic is a shortcut your brain makes to evaluate a specific thing. It means that your brain (please don’t blame yourself, mine’s the same) assumes that if something can be recalled easily it must be more true than ideas or memories that are not as readily recalled.

You right now: “back it up poindexter, what does this have to do with Premier League line-ups?” Well, only the hated supercomputers can recall every single line-up from the 11,336 games played so far. The rest of us can probably name what… nine or 10 at most from the top of our heads? But even they are likely to be scuppered by our stupid brains, inserting into the XI a player we prefer to remember more than another. With our heads having been outed as wildly unreliable jokers, we should instead rely on our old friend raw data to help us out. Computers have no favourites, computers don’t imagine Didier Drogba playing in a game when he simply did not, computers know it all. And here’s the proof.

The Most Used Premier League XIs

Before we sink our teeth into rarity, let’s gorge on plenty in the form of the most used starting XIs in Premier League history. You don’t need Sherlock Holmes’ over-celebrated powers of deduction to work out that the majority of these came in the early years of the competition famously founded in 1992. Smaller and more homogenous squads combined with managers who were happy to leave experimentation to boffin fodder like Tomorrow’s World meant players who got into teams and played well could expect to stay there. And teams playing well don’t get much more early-1990s than the Premier League’s first iteration of Manchester United FC, the side who ended their long drought for a league title by winning the brand-new FA Premier League in May 1993. Alex Ferguson had a trusted set of lieutenants on the pitch, with the young Ryan Giggs and the slightly less young Lee Sharpe adding some pizzaz on the flanks.

As you can see, this XI stepped out together for 19 different Premier League games, which remains a competition record. There are curiosities contained within it even so, such as the fact that 90s midfielder Brian McClair had joined United from Scotland as a striker, and had scored 24 goals in 1987-88 (no United player had scored 20+ in the top flight since George Best, and no one would do so again until Dwight Yorke in 1999-2000). It also contained two out and out left wingers, in the form of Sharpe and Giggs, with the latter often featuring on the right in this era. Plus two right-footed full-backs, although Denis Irwin hid it very well indeed.

What I’m saying is that in the chop-and-change 2020s, there’s no way these eleven players would have started 19 Premier League games together. But they did and that’s that.

Other XIs to get a lot of tunnel time (so called because they were lined up in a stadium’s tunnel stamping screw-in studs further into black boots on to a concrete floor) were a Leeds side in the mid-1990s (Lukic-Kelly-Wetherall-Pemberton-Dorigo-Wallace-McAllister-Palmer-Speed-Deane-Yeboah, 14 times) but there have been some more recent examples too. A surly Antonio Conte era Chelsea XI was named 13 times (Courtois-Azpilicueta-David Luiz-Cahill-Moses-Kante-Matic-Alonso-Hazard-Pedro-Diego Costa) while a very recent Wolves side (Patricio-Boly-Coady-Bennett-Doherty-Moutinho-Dendoncker-Neves-Jonny-Jota-Jimenez) was fielded on 11 occasions.

The numbers for these instances are always lower than you think, and that’s our old friend the availability heuristic causing problems. When it was revealed that David Moyes had named a unique line-up in every Manchester United match he took charge of, some people refused to accept it. 51 unique line-ups seemed outlandish, especially from a keen traditionalist such as Moyes, but experts in the field accepted it and realised that we had travelled a long way from the McClair years of the early 1990s. Times change, and so do teams.

It Simply Didn’t Happen Often If At All

Let’s stay with Manchester United and get a bit of headline news out of the way, namely that what many people view as the classic United XI of the treble era only started one game together in the Premier League.

22,594 people were at Highfield Road in February 1999 to witness the only time that the 11 players many people assume played week in week out for Manchester United, actually took part in a league game as a teamsheet collective. The fact that Highfield Road is now no longer in existence and is now a municipal park only makes it more haunting. Those 22 legendary legs galloped to a 1-0 win on turf that is now roamed by local dogs and children instead.

Arsenal’s mid-2000s pomp was supposed to launch a dynasty. With a relatively small squad and seven pasta recipes, Arsene Wenger quickly achieved success and then built to that hallowed unbeaten crescendo in 2003-04. The team listed below was suggested by quite a few Arsenal fans as a classic XI from that era but once again, it featured in only one Premier League game, a 2-1 win against Charlton at Highbury that saw the home team go two up inside the first four minutes but fail to build on that. A metaphor? Who can say.

It’s not like Arsene Wenger was a stranger to settled line-ups, either. Arsenal’s most-used XI in Premier League history was an early-Wengerian Seaman-Dixon-Winterburn-Adams-Keown-Vieira-Petit-Parlour-Overmars-Anelka-Bergkamp. The English defence, the continental attack, and Ray Parlour. Why change a thing?

Across the capital to Chelsea in the mid-2000s, and luxuriating in their initial Jose Mourinho pomp are a team even harder to pin down. What feels like a regular starting XI simply didn’t appear at all. Cech, Ferreira, Del Horno, Gallas, Terry, Makelele, Lampard, Essien, Joe Cole, Robben & Drogba? Never started a Premier League game together. Switch out Ferreira for Carvalho and play Gallas at right-back, a move that certainly happened more than once, and still no Premier League starts as a singular XI. Even stranger is the fact that the XI named most often by Mourinho in his imperial phase did not have Didier Drogba in it. Used four times, most recently at Arsenal in December 2004, in a 2-2 draw that just maybe marked the power shift from north to west London, it featured Eidur Gudjohnsen as the central striker, along with the 10 other players you can probably guess.

It’s a theme that occurs elsewhere. Jurgen Klopp has never used a specific XI more than four times in his time as Liverpool manager, and the most recent example of those is from the 2019-20 title-winning season. Like Drogba not being in Mourinho’s most used XI, this Liverpool team is missing Alisson, but is largely as you expect elsewhere: Adrian-Alexander Arnold-Robertson-Matip-van Dijk- Henderson-Fabinho-Wijnaldum-Mane-Firmino-Salah.

However, switch out Adrian for Alisson, and guess what: this XI never started a game for Liverpool in the Premier League. Not once. There’s that availability heuristic again. Leave us alone please so we can remember Joe Gomez in peace. (That’s right; replace Matip with Gomez and it’s two games).

Of course, it’s not just about how much a team played together or didn’t play together. There are other notable starting XIs in Premier League history. And here’s the good news: if you make the criteria memorable then you’re likely to be able to store that information right at the forefront of your brain. Which as we’ve learnt, is the first line of defence.

February 2022 will mark 23 years since a Premier League team named a completely English team. Will we make the quarter of a century in 2024? It feels like we will. Will someone use that to make an objectively bad point? Also, yes.

Earlier this season we saw Burnley name a 1-11 squad number XI, the first time this had legitimately happened in the Premier League since 1998. Burnley manager Sean Dyche is not only a fan of experienced squad numbers but experienced players too. That said, he’s not one of the managers who has named a record nine players aged 30 or older in a Premier League starting XI. The teams who have included, inevitably, make-do-and-mend outfits like Bradford City and administration-era Portsmouth but the first side to do so were Chelsea, back on the opening day of the 1999-2000 season.

This was Chelsea in their reputational growth era, aka Project Swagger, with continental thinkers like Ruud Gullit and Gianluca Vialli as managers and a regular HR sweep of Europe for aging-but-still-effective talent. Of the 11 players who trotted out to face Sunderland on that warm summer afternoon, only the 26-year-old Chris Sutton and 29-year-old Albert Ferrer were under 30. Yet the only thing the combined 335-year-old team had in common with an antique was a fine polish as they crushed the visitors 4-0, including one of the all-time great goals by Gus Poyet.

Another 4-0 home win in that 1999-2000 season would see Sheffield Wednesday beat Leicester on the final day. It was too little, too late for the Owls as they ended the day, and the season, in 19th place. But that game also saw them equal their Premier League record for number of players in the starting XI who had been born on a Wednesday, in the form of Alan Quinn, Niclas Alexandersson, Gilles De Bilde, Andy Hinchcliffe and Wim Jonk. Still to return to England’s top division, at least the club’s most recent appearance in it took place in Sheffield and honouring Wednesday. Sometimes that’s all you can ask for, especially if your brain is urgently trying to tell you something else.