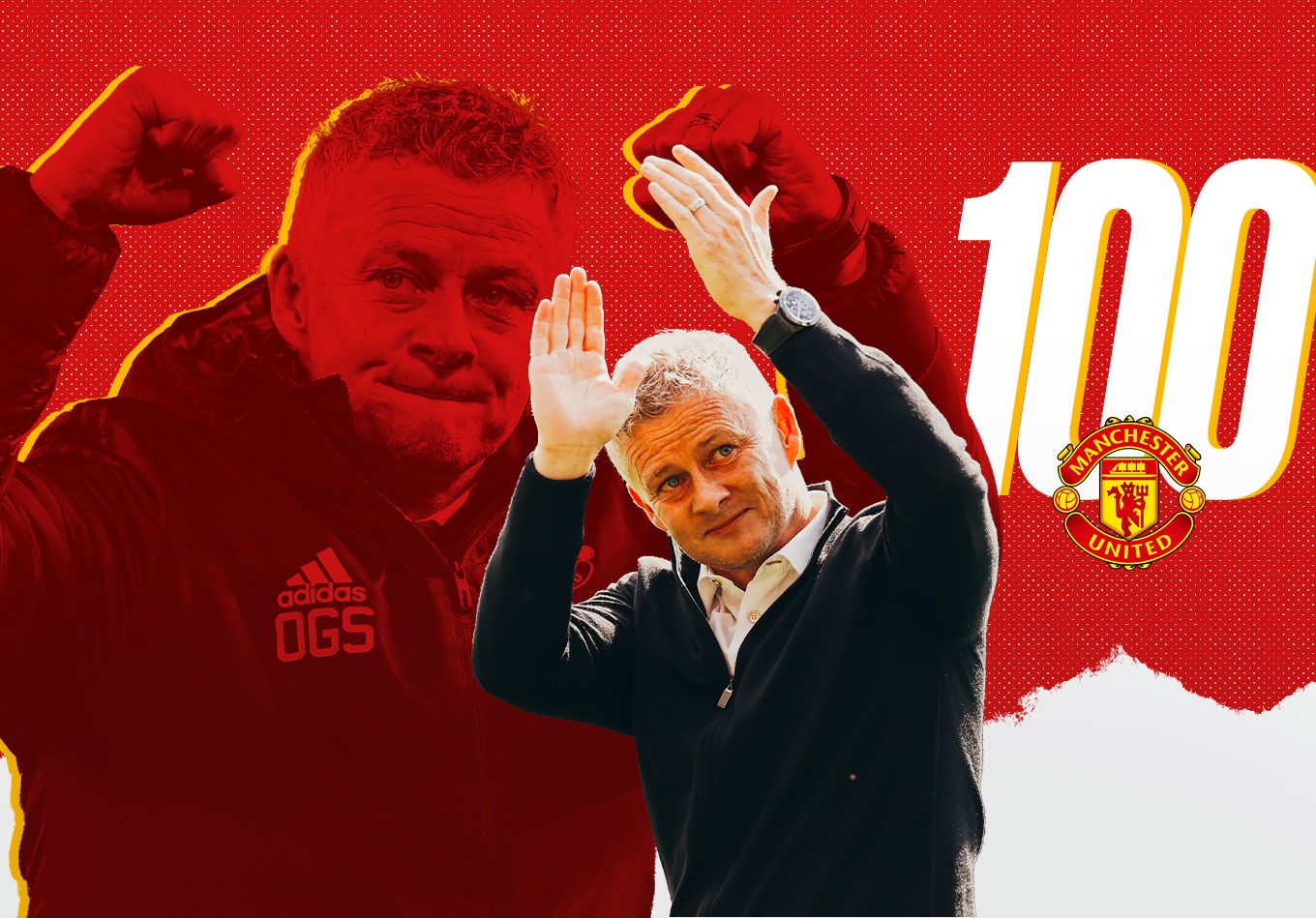 100 up for Solskjær in the Premier League: Too Early to Judge?

As Ole Gunnar Solskjær prepares for his 100th Premier League game in charge of Manchester United, he has done a fantastic job of uniting the club’s supporters, if only in convincing them their own take on his success or otherwise is the only correct one.

Some will point to the fact that his United side has become a top-four mainstay after whatever it was during the previous several years post-Alex Ferguson, a period I will attempt to avoid describing with the nauseating moniker ‘Long Moyes’.

Others, however, will look at the money spent – more than £350m, with mixed results – and decide a top-four berth should be the bare minimum while recognising a top-four finish in 2019-20 came with fewer points than José Mourinho’s team picked up en route to finishing sixth in 2017.

Solskjær is approaching a milestone which his three immediate predecessors failed to reach. José Mourinho came closest, taking charge of 93 league games as United boss, while Louis van Gaal made it to 76 and David Moyes couldn’t even get all the way through a 38-game season. If we’re prepared to give conclusive verdicts on those three, then, surely now’s as good a time as any to judge the Norwegian’s tenure. However, as you will see from the figures, our opinion of Solskjær can still be broken into a number of composite parts.

Defeat at Anfield in December 2018 saw Mourinho dismissed and Solskjær appointed, but there was something a little different about the new manager bounce which ensued. While it’s true that every team plays every other team twice over the course of the season, the nature of numbers means the average position of opponents will not be the same for all 20 competitors in the league. When you throw in a comparison between two managers, one taking charge of just over half of the games and one just under that, even more variables are introduced.

Remember that run of 10 wins from 12 at the start of the former Molde manager’s tenure? Ten of those games came against teams sitting in the bottom half at the time the game was played, while three of the first four were against opponents in the bottom six. Similarly, five of the games against the eventual bottom three came under United’s second manager of the season, in what might be considered little more than a quirk of the fixture list. Of course, that doesn’t mean they were gimmes by any stretch. Mourinho had made hard work of Newcastle at Old Trafford, where United were 2-0 down inside 10 minutes, while his successor oversaw a 2-0 away win against the same opponents.

Of Solskjær’s 99 league games at the helm, just 14 have come against sides in the top four at the time of the fixture. This, again, represents a slightly friendlier outlook than the average: if teams didn’t change position at all over the course of a season, you’d see a side inside the top four play 15% of its games against other top-four clubs, while one sat outside the Champions League places (as Solskjær’s club were for the start of all but four gameweeks of his first season-and-a-half) should expect the figure to rise to 20%.

Just as pressing, perhaps, is the sustainability of those early results – 12 goals against Cardiff, Huddersfield and Bournemouth in the first three games, from a combined 7.28 expected goals. Across the 2019-20 season meanwhile, United very slightly overperformed their xG in both directions (66 goals for from 62.75 xG, and 36 against from 38.03), though their 2020-21 overperformance against the underlying numbers was a little more dramatic in front of goal, where a lower xG than the previous campaign brought 73 goals. But is this a question of initial overperformance providing a platform on which to build, or might we be able to put this down to his team simply being packed with loads of really, really, really good attacking talents?

On the subject of attacking talents, United’s displays and results during Solskjær’s tenure are often divided into the pre- and post-Bruno Fernandes eras. It’s not quite a 50-50 split – the Portugal midfielder, while remaining healthy throughout his time at Old Trafford, has started 51 league games since his January arrival – but it’s close enough to warrant a comparison, if only for the amount of time spent in the top four before and after his arrival.

United sat fifth in the league when Bruno arrived and remained there or thereabouts for much of the remainder of the 2019-20 season, but that doesn’t tell the full story: across the former Sporting man’s 14 games, United made up a 14-point deficit on Leicester City to clamber into the Champions League spots just in time. If we look at Solskjær’s team that season, we get a notable split, albeit perhaps not in the way you’d expect: xG per league game fell from 1.68 before Bruno to 1.60 with him, but actual goals per game shot up dramatically from 1.50 to 2.14. Additionally, comparing the 45 games before Solskjær made arguably his most important signing to the 54 after, the underlying improvement comes only in the defensive numbers (opposition xG per game dropping from 1.13 to 1.04), with United’s goal tally per game improving significantly in real terms but again from lower expected numbers.

It’s easy to forget, when assessing Bruno’s impact, that before he rocked up in M16, this was a team giving regular game-time to Andreas Pereira (nearly 2,000 minutes under Solskjær! More than Juan Mata! As much as Donny van de Beek and Edinson Cavani put together!). While we don’t want to be too cruel about a man who has scored fewer Premier League goals in his entire career than Bruno Fernandes managed against Leeds on the opening day of this season… *tails off into a whisper so quiet only dogs can hear it*.

While United’s increasingly relentless attacking might partly be put down to the concept of making the most of the assets you have, Solskjær’s predecessors were far less frequently devastating despite their own wealth of attacking talent: while none of Moyes, Van Gaal or Mourinho oversaw a single five-goal league display, it happened in Solskjær’s very first game as interim boss in 2019, and four more times since – most recently against Leeds United earlier this month.

The idea of knowing the club and its culture can be overplayed, and United fans’ insistence that late-Fergie mainstays like Rafael da Silva ‘just got it’ was repeated to the point that it lost all meaning, but there is at least a suggestion in Solskjær’s own rhetoric that his past as a player at Old Trafford is informing his present as manager.

“Of course, we look at Man United throughout the history,” the manager told The Athletic in 2020.

“We’re a team that wants to attack. We want to be quick on the break, with quick players. Quick attacking players to cause problems when we’re defended [against] well.”

More recently, he made a more explicit reference to the 2007-08 version of Manchester United, a team he saw plenty of both on and off the pitch while working under Ferguson as a strikers coach, saying “I remember Wayne [Rooney], Carlos Tevez and Ronaldo playing together. Good players can always play together. And we need movement, and that is what we have today.”

It’s this kind of mentality which helps explain an approach borne out of the idea that you can’t have too many attacking talents in one team, with the supposed ‘just score more than them’ energy of the Ferguson era being applied to the current generation. Naturally, there are times when this won’t work, either via opponents’ neutralisation or the fatigue we appeared to witness at the close of the 2019-20 campaign, but it’s hard to look past the attacking numbers now in relation to the team inherited by the current boss.

During the Ferguson era, there were plenty of instances of greater attacking output not just helping the team overpower opponents, but also bringing a level of dominance which brought impressive defensive numbers. This is a particularly interesting development, where not only has Solskjær overseen an improvement in xG compared to Mourinho’s final half-season, but also a relative tightening at the back across his two full campaigns. Admittedly the addition of more than £100m worth of new defenders will be looked at as a factor, but the idea of your opponents finding it tough to score themselves when you’re controlling the ball seems at odds with Mourinho’s manifesto.

The 2020-21 season was where we saw this most vividly, with Solskjær’s United racking up 20,995 passes – a figure more than 700 north of any of the previous four seasons – and taking more shots than the side which finished second under Mourinho in 2017-18. There’s also a remarkable consistency when it comes to passes into the opposition box, and if this is a result of a joined-up approach with gradual improvement in personnel, rather than the more dramatic fluctuations we saw in Mourinho’s two full seasons (the 2016-17 class was less pragmatic and attacked more readily, but there’s only so many times people want to read about Mourinho’s variety from one season to the next), there might be reason to believe Solskjær is building in a structured way.

There have been a number of times during Ole Gunnar Solskjær’s tenure when his future looked far from certain, but there have been plenty of false dawns as well. Moments when, if only to force narratives and feed the content machine, definitive conclusions were put forward. And yes, before you say anything, I’m aware of the irony of using this particular format to make such a point.

Plenty of us probably jumped the gun over the course of those first 99 games. Some in one direction, some in another, some probably in both.

Whether Ole Gunnar Solskjær took a linear path to his current point might not be relevant now, though. What we do know is he’s there now, and he’s in possession of a team that’s in a better place than when he took over, with the third-best points tally of all Premier League clubs since December 22, 2018.

If he’s to make it to game 200, though, he’ll likely do so having seen expectations raised. It might be time to stop asking whether others could have done better with the squad he inherited and begin examining what he can do with the one he has built. 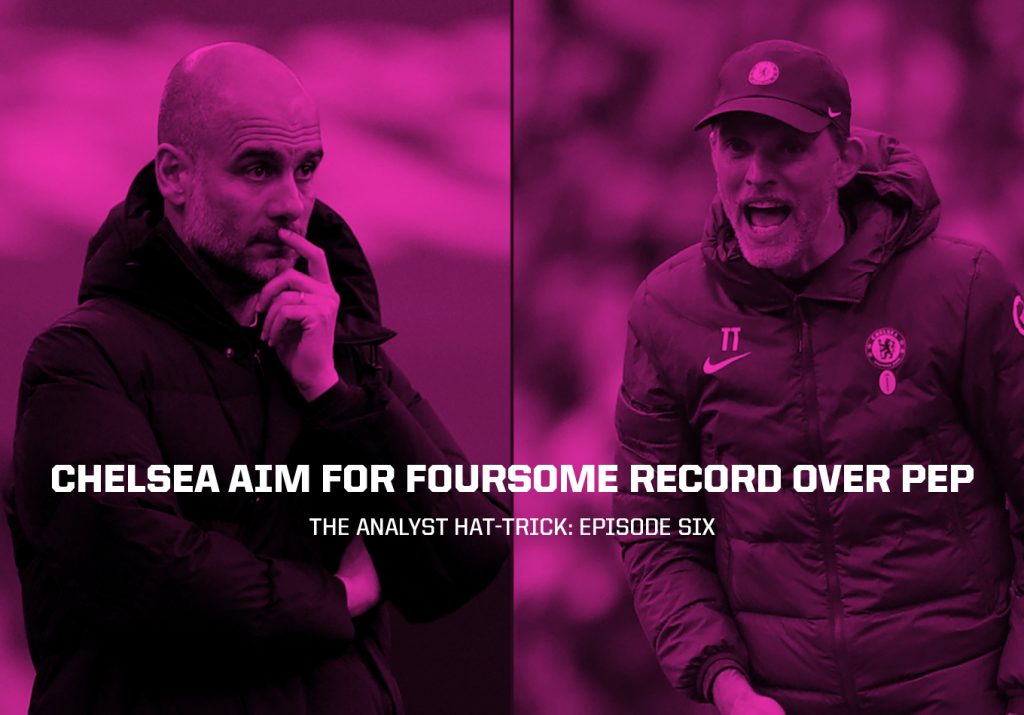 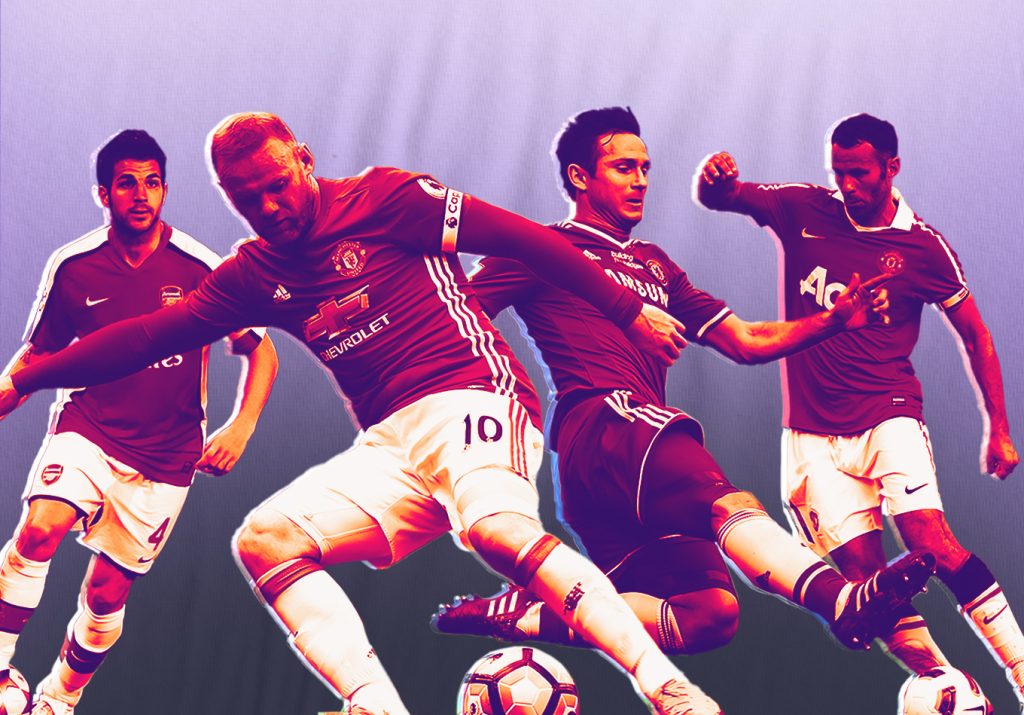 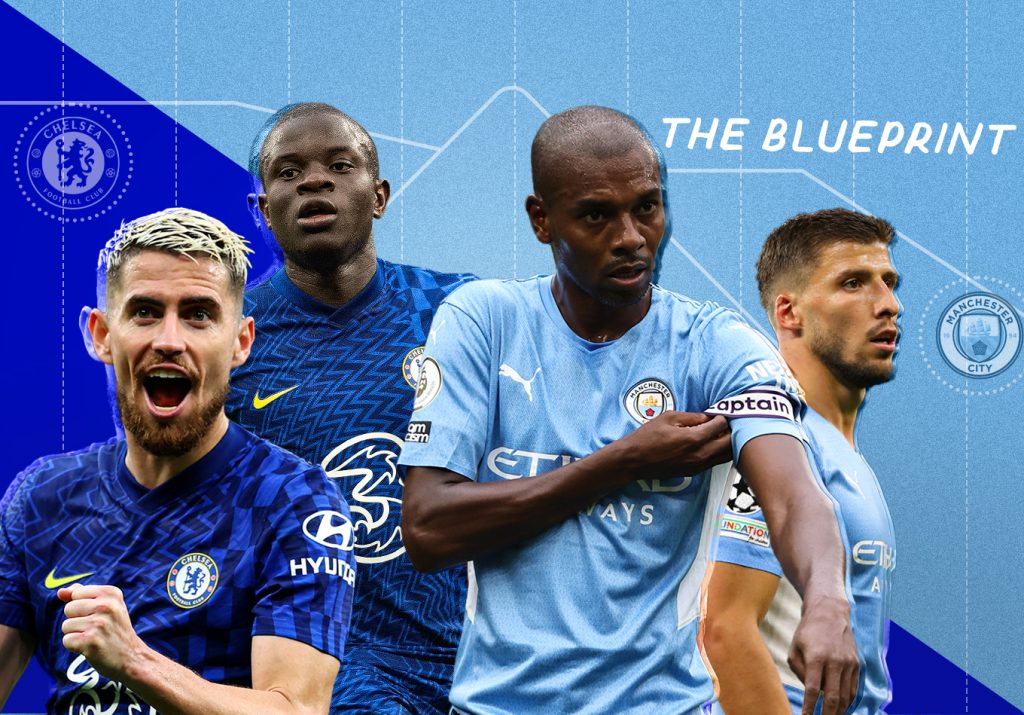 The Blueprint: Five Tactical Trends to Spot in Chelsea vs. Manchester City 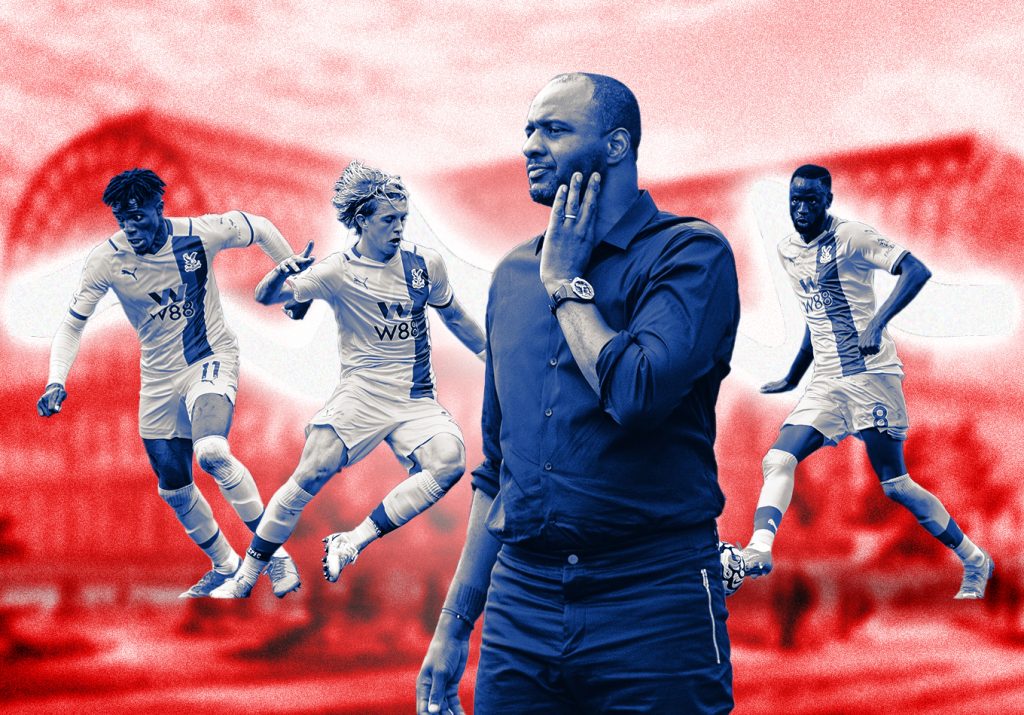