Cover 3: Win Probabilities and Key Matchups for the NFL’s Biggest Games in Week 18 | The Analyst 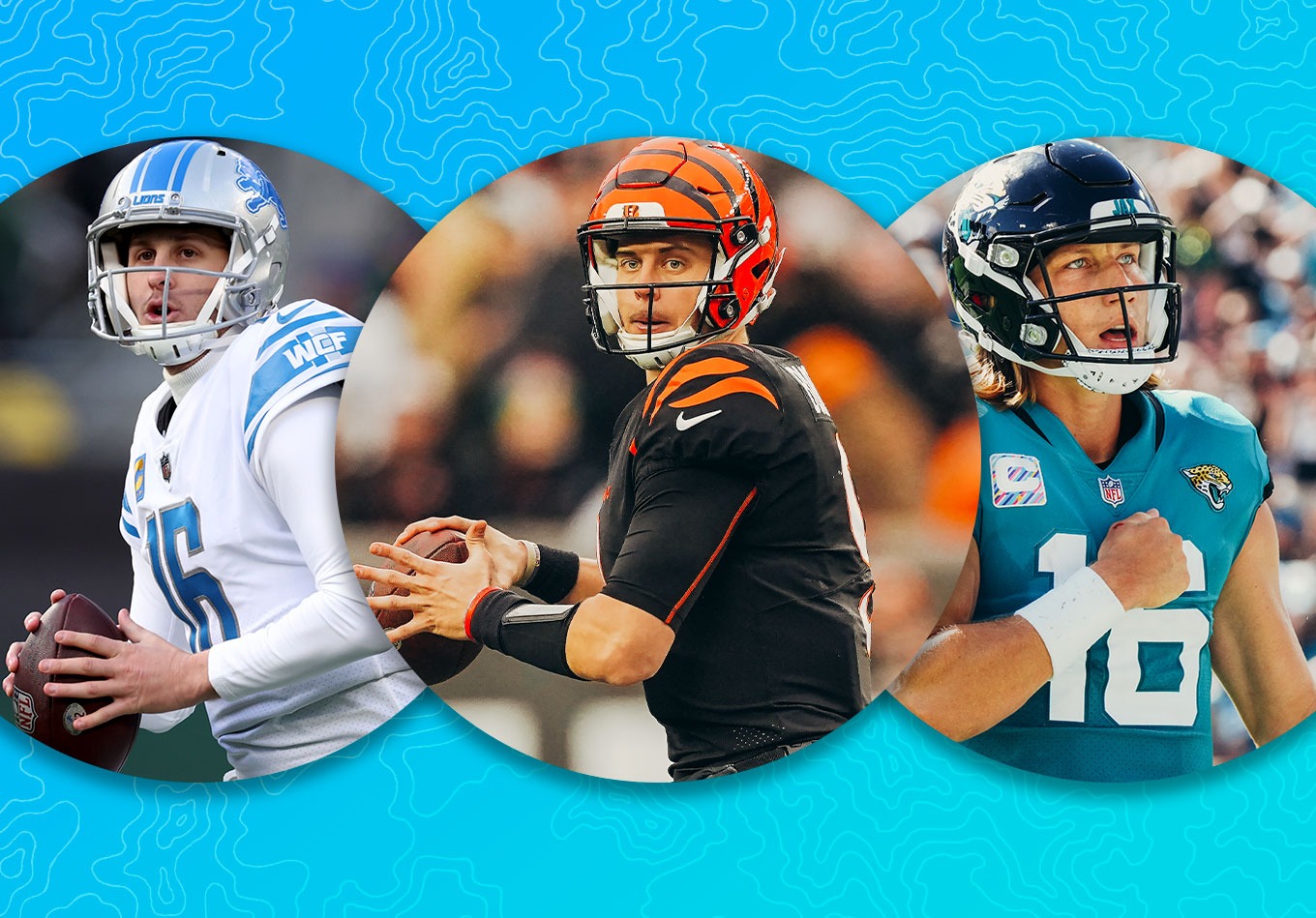 Cover 3: Win Probabilities and Key Matchups for the NFL’s Biggest Games in Week 18

The NFL wanted chaos for the final week of the regular season. It’s getting way more than it ever could have imagined.

There’s been no shortage of drama in the days leading up to Week 18, but the suspense may not be quite what it could have been when the final playoff spots are decided this weekend due to some tough choices – and an even more difficult circumstance.

The decision not to resume Monday’s halted game between the Buffalo Bills and Cincinnati Bengals was the prudent one, even if it turned a thrilling three-way race for the AFC’s No. 1 seed into probably an anticlimactic one by giving the Kansas City Chiefs the inside track to that coveted spot. And as a heavy favorite to win Saturday’s game against the Las Vegas Raiders, the Chiefs seem likely to grab it with the concession being having to play the conference championship at a neutral site should they face either the Bills or Bengals.

It’s also given Cincinnati the AFC North title by default, as it’s now ensured to finish ahead of second-place Baltimore even if it loses to the Ravens in Sunday’s regular-season finale.

A win could still have meaning for the Ravens, however, if the two teams wind up meeting again in the wild-card round – a scenario that could very well play out. If it does, the NFL announced home-field advantage for that matchup will be determined by a coin flip in recognition of Baltimore having swept the season series with Cincinnati.

Though not a perfect resolution, it still may be a better call than the league made in regard to the most important NFC game on the schedule – a showdown between the Detroit Lions and Green Bay Packers that was placed in the Sunday night primetime slot.

That standalone affair is a definite play-in game for the resurgent Packers and possibly one for the resilient Lions, but that’s only if the Seattle Seahawks lose or tie against the Los Angeles Rams. That contest will be finished by the time the NFC North rivals kick off at Lambeau Field, making it very possible Detroit is eliminated before the first snap.

Regardless of the outcome of the Seattle game, the Lions-Packers clash still ranks among the most significant of this week’s schedule and is one of three we’ll break down further in data-driven detail in advance of what promises to be a memorable – and hopefully safe – conclusion to the 2022 regular season.

Momentum is squarely in the Jaguars’ favor in this one as they try to complete a worst-to-first turnaround under first-year head coach Doug Pederson and earn just the long-suffering franchise’s second playoff berth in 15 years. Jacksonville has won four straight and six of eight to leapfrog the defending division champion Titans, who have lost six in a row amid an avalanche of injuries.

Jacksonville’s second-half turnaround has been sparked by the coming of age of second-year quarterback Trevor Lawrence, who owns the NFL’s best passer rating (106.0) and completion percentage (70.5) since Week 9.

Lawrence’s decision making has also dramatically improved over the course of the Jags’ 6-2 run. The 2021 No. 1 overall pick posted a mediocre pickable pass percentage of 4.89 over the season’s first eight games, but that number has been reduced by more than three times in the last eight.

Also owning perhaps the league’s most unheralded pass-catching tandem in Christian Kirk and Zay Jones, who rank first (82.1%) and second (81.6), respectively, in open rate among wide receivers with 100 or more targets this season, the Jaguars possess considerably more firepower than the offensively challenged Titans.

Tennessee has topped 22 points only once in its last 12 games and with Ryan Tannehill out for the year, will be starting a quarterback (Josh Dobbs) it signed off the Detroit Lions’ practice squad less than three weeks ago.

For the Titans to extend their streak of reaching the playoffs to four consecutive seasons, they’ll have to rely again on the tried-and-true formula they’ve so often used under Mike Vrabel – win with Derrick Henry and defense.

The latter is the biggest concern, considering Lawrence torched a decimated Tennessee secondary for 368 yards and three touchdowns in Jacksonville’s 36-22 win in Nashville in Week 14.

There’s also cause for optimism, as the back end may get two key starters back for the rematch in cornerback Kristian Fulton and safety/nickel defender Amani Hooker. The pair has missed a combined 14 games this season, a factor to why the Titans rank 23rd in opponent open percentage (78.7) and 22nd in opponent burn rate (52.1%) for the season.

Those numbers decrease to 77.0% and 49.5%, respectively, in the six games the Titans have had both Fulton and Hooker on the field together.

It’s not a major upgrade, but Tennessee will need every edge it can get in a game its defense must perform in order to survive. The Jaguars are 7-1 when scoring 24 or more points and 1-7 when failing to hit that mark.

The expected home field stipulation provides an incentive for both teams, though there are other variables at hand that threaten to turn the AFC’s lone matchup of certain playoff participants into a potential dud.

The first is the Ravens’ quarterback situation. With Lamar Jackson yet to return to practice since spraining his knee a month ago, it can’t be taken for granted that the 2019 NFL MVP will be ready to go for next week’s playoff game. And with Tyler Huntley dealing with a sore right shoulder and wrist, it’s not out of the question Baltimore turns to third-stringer Anthony Brown to ensure one of its top two signal-callers is healthy for the postseason.

There’s also the Bengals’ mindset to consider as they take the field for the first time since witnessing the frightening situation involving Buffalo safety Damar Hamlin up close. Quarterback Joe Burrow acknowledged some players have contemplated not playing this week as they remain shaken by the incident.

Then there’s the possibility of these teams facing one another again in a week, a prospect that could lead to some very vanilla play-calling on both sides.

Baltimore’s game plan should be fairly straightforward anyway with Jackson certain to miss another game. The Ravens have run the ball 53.4% of the time in Huntley’s four starts. They’ll hope to get some more big plays from J.K. Dobbins, who has produced gains of 10 or more yards on a league-best 17.4% of his rushing attempts this season (min. 90 carries), and another big effort from a defense that gave Burrow fits in a 19-17 Baltimore win back in Week 5.

The Ravens blitzed on a mere 7.9% of Burrow’s pass attempts in that contest as they employed a successful strategy of dropping extra defenders in coverage. Cincinnati’s often lethal passing game never got fully untracked as a result, with its franchise quarterback settling for checkdowns on an extraordinarily high 23.5% of his throws and star wide receiver Ja’Marr Chase being firmly held in check with a harmless 50 yards on seven receptions.

It should be noted that the Bengals didn’t have their full arsenal of receivers for the majority of that game after Tee Higgins bowed out early with an ankle injury. The 1,000-yard wideout sports one of the league’s best burn percentages, and Cincinnati is 6-0 when he’s topped 90 or more yards this season.

Keeping Burrow under wraps again will be vital to Baltimore’s chances of earning a season sweep, especially with an offense that’s considerably less dynamic without Jackson’s uncanny running ability. The Bengals are 9-0 when Burrow delivers a passer rating of 90 or better this season, and 10-0 when he averages at least 7.2 yards per pass attempt (he was held to 6.2 in the first meeting).

The decision to slot this game in primetime has drawn the ire of many a fan in the Pacific Northwest, but Seahawks backers probably shouldn’t fret over the prospect of the Lions being eliminated before kickoff. Detroit could have packed it in two months ago when it was 1-6 and seemingly headed toward another season of despair. The Lions instead responded by winning seven of nine to keep their faint playoff chances intact, and they should be pumped up by a rare opportunity to play on a national stage that isn’t a Thanksgiving matinee.

Detroit has reversed its fortune by tightening its pass defense and minimizing mistakes on the offensive end. The Lions have a plus-10 turnover ratio during their 7-2 surge – second only to the red-hot San Francisco 49ers’ plus-12 during that time frame – and they’ve averaged the fewest giveaways per game (0.44) over that span. Quarterback Jared Goff is currently riding a franchise-record streak of 290 consecutive pass attempts without an interception. It’s also the longest active run in the NFL.

Goff has had plenty of help along the way. Lions receivers have a combined 68.3% open rate since Week 10 – second behind only the Chiefs during that stretch – and he’s targeted an open man on 83.4% of his attempts in that period. Amon-Ra St. Brown’s emergence as an elite player has also been key, as his 61 receptions and 89.1 receiving yards per game rank second and fourth, respectively, in the NFL since Week 10.

A Green Bay secondary that’s snared three interceptions in each of the last two games and nine over the past four will present a formidable challenge, though the Lions’ crisp passing attack will as well on the Packers’ side.

The Packers do possess a premier cover man in Jaire Alexander, who is fresh off a highly impressive eraser job on Minnesota star Justin Jefferson in last week’s 41-17 rout of the Vikings. But as good as he is, Alexander still can only take one man, and Detroit could pose a greater danger because it has quality options that go beyond St. Brown. Kalif Raymond, D.J. Chark and Josh Reynolds all have burn rates above 70% since Week 10, with the league average being 60% during that span.

Green Bay’s bigger issue, however, may be generating a consistent pass rush that’s declined sharply since standout Rashan Gary tore his ACL in a 15-9 loss to the Lions in Week 9.

Gary’s 29.4 pressure rate is the best among edge rushers with 100 or more pass rush attempts this season, and the Packers ranked second in the league in that category at 45.6% with him available from Weeks 1-9.

Since Gary’s injury, Green Bay has been near the bottom of the NFL in creating pressure.

The Packers could employ another blitz-heavy scheme as they did in their Week 9 matchup against Detroit when they sent extra attackers an astounding 70.4% of the time. That tactic did prove effective as Goff struggled that day, though it’s generally not a formula for success against the Lions. Goff’s 108.5 passer rating versus the blitz is the sixth highest among 33 quarterbacks with at least 50 attempts in those situations this season.

Barring another three-interception meltdown from Aaron Rodgers like he had in the previous meeting, the Packers should be able to move the ball efficiently on a Detroit defense that does have its holes. The Lions have yielded a whopping 520 rushing yards over the past two weeks and figure to have their hands full trying to slow down Green Bay’s outstanding backfield combo of Aaron Jones and A.J. Dillon.

How well Detroit defends the run should have a say in the outcome as well. The Packers are 6-1 when they rush for 138 yards or more, with the lone loss coming on the road to the potent Bills.