50 Points: Where Does Arsenal’s Start Rank in Top-Flight History? 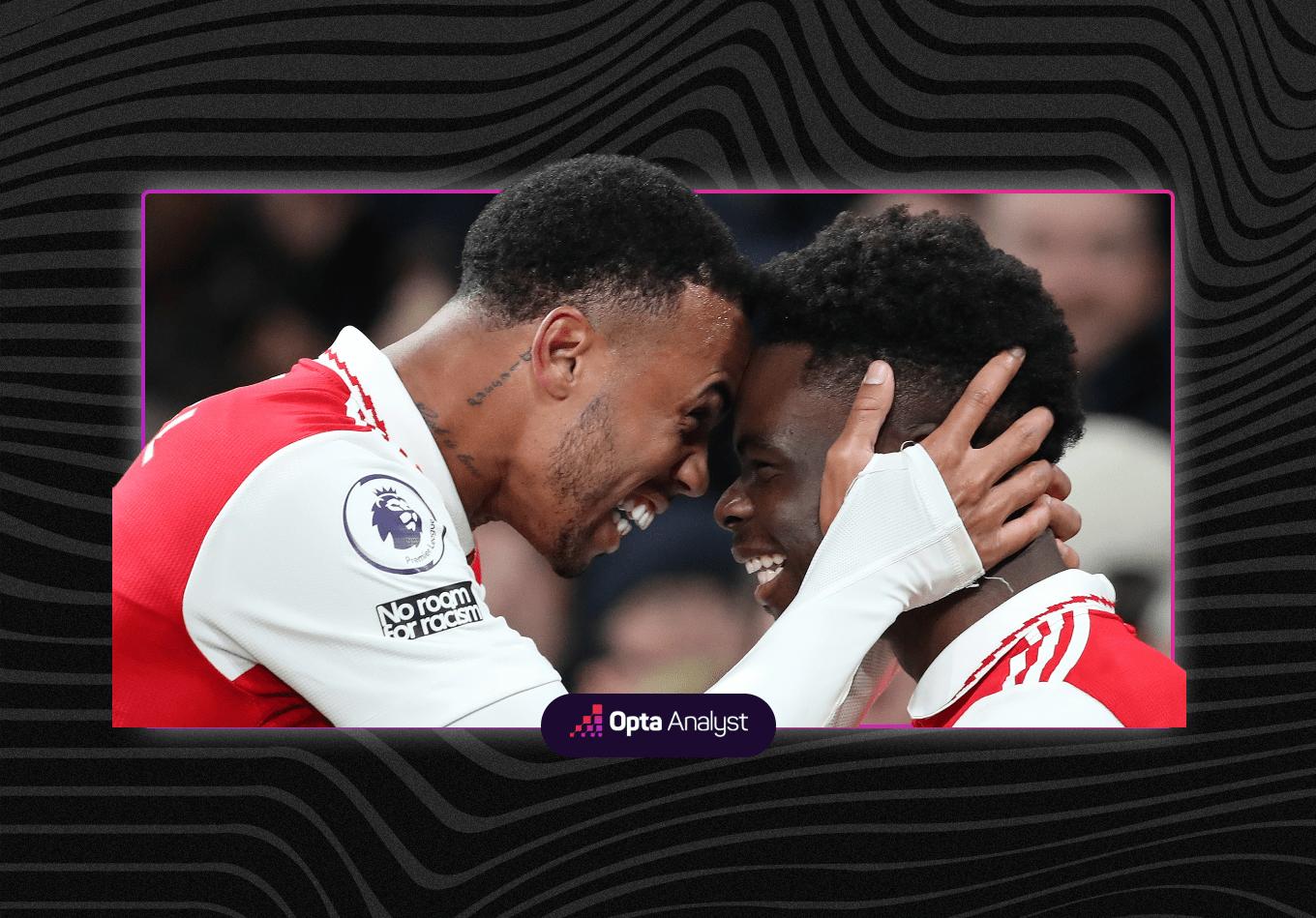 There were a lot of satisfyingly neat things about Arsenal’s dramatic 3-2 victory over Manchester United last weekend. Eddie Nketiah’s stabbed winner came in the 90th minute. It was Arsenal’s 19th game of the season, marking the exact halfway point in their campaign. And the win took them to 50 points.

You don’t need us to tell you that the Gunners are therefore on pace to hit 100 points. But if they did, where would that rank in the all-time top-flight points tallies? And just how rare is it for a team to amass 50 points through 19 matches?

Here’s where Mikel Arteta’s side stand in top-flight history.

Better Than The Invincibles

To put Arsenal’s 2022-23 achievements into context, this is the club’s best points tally after 19 games in top-flight history.

Herbert Chapman’s charges in 1932-33 previously held the record after amassing 47 points (based on three-points-for-a-win) after 19 games on their way to winning Arsenal’s second First Division title.

And this start is even better than Arsène Wenger’s Invincibles in 2003-04 who had 45 points at the halfway stage in their record-setting campaign.

PS: Want to tweak this data to suit your own narrative? You can filter the table by clicking on each column.

The Invincibles replicated their form from the first half of the season exactly in their second set of 19 games, finishing the campaign on 90 points – Arsenal’s highest Premier League points tally.

So should the 2022-23 vintage continue at this pace, they’d comfortably blow away Arsenal’s previous Premier League points records.

Most Points After 19 Games

Fifty points after 19 games is up there when it comes to the brightest starts in top-flight history, but it’s not quite the best.

That honour is shared by Manchester City in 2017-18 and Liverpool in 2019-20, both of who started their title-winning campaigns with 18 wins, one draw and no defeats.

That 2017-18 Manchester City team would go on to become the first, and so far only, team to hit the 100-point mark in top-flight history, while Liverpool blew away the competition in 2019-20 to win with 99 points.

The next Premier League side in the list is Chelsea’s 2005-06 team who were on 52 points after 19 matches. José Mourinho’s men strolled to a second successive title after finishing with 91 points.

The only side to have won at least 49 points after their first 19 games and not win the title are Jürgen Klopp’s 2018-19 Liverpool side. The Reds were top at halfway, lost just once all season, and finished the campaign with 97 points, a points total big enough to win the top-flight in all but three league seasons. It just so happened they had the misfortune of existing at the same time as Pep Guardiola’s Manchester City, who rattled off 14 consecutive wins to pip them to the league title by one point.

With City realistically the only other side who could catch Arsenal, the Gunners will be pleading history does not repeat itself this season.