What’s Wrong With Dak as the Cowboys Head Into the Playoffs? | The Analyst 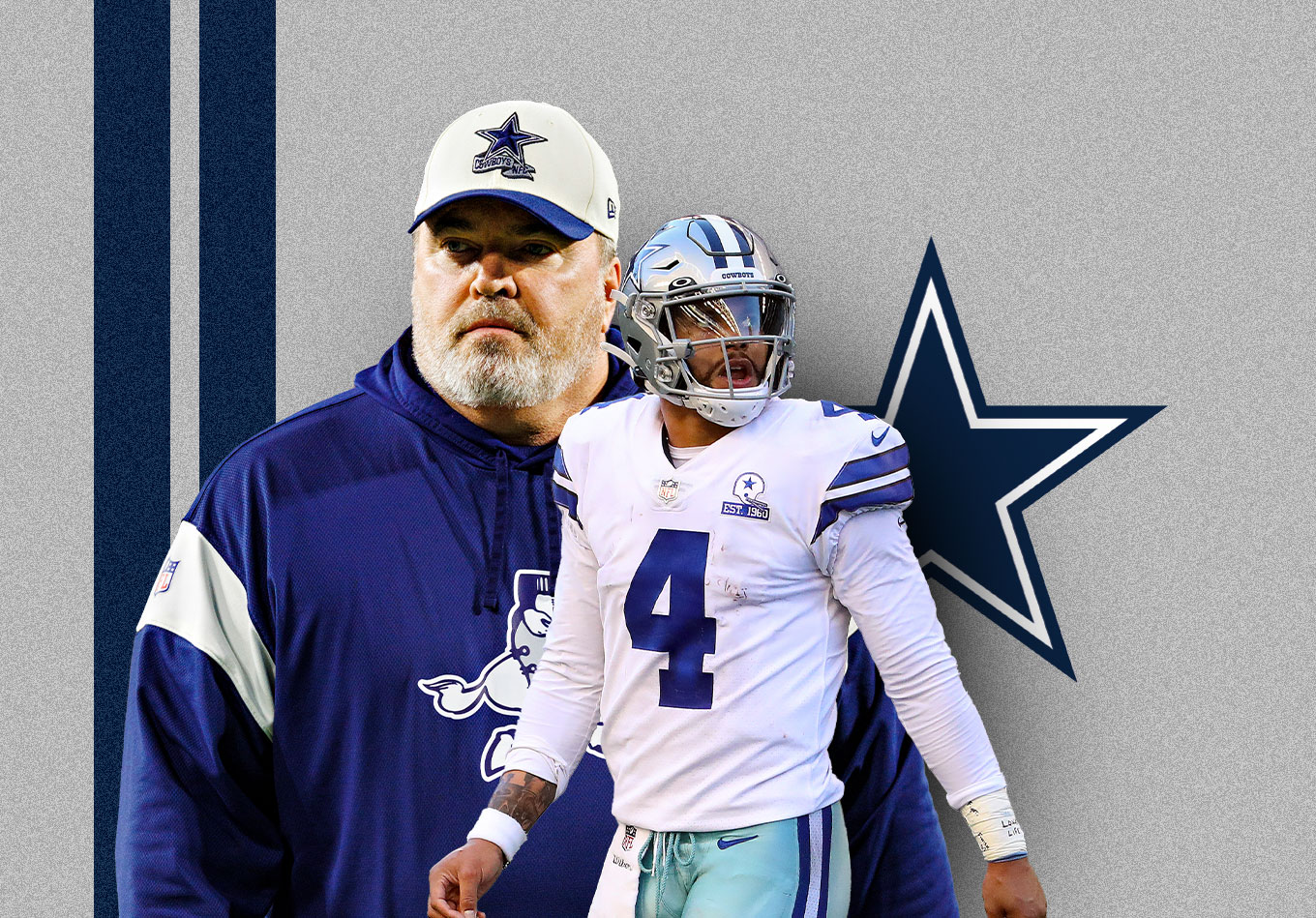 What’s Wrong With Dak as the Cowboys Head Into the Playoffs?

It’s been a bizarre 12 months for the Dallas Cowboys, but perhaps the strangest development for quarterback Dak Prescott during the 2022 season was his sudden propensity for turning over the football.

Prescott led the NFL in interceptions with 15 despite missing five games. The veteran QB had an interception percentage higher than 1.8% in just one season prior to 2022. His mark more than doubled from 1.7% in 2021 to 3.8% in 2022. And he’s coming off of a brutal performance that should have been a must-win game as the Cowboys fell 26-6 to a Washington Commanders team playing for nothing.

If the Cowboys had won Sunday and the Philadelphia Eagles lost, the Cowboys would have been the No. 1 seed in the NFC. The Eagles won, so the Cowboys’ outcome didn’t ultimately matter, but it still doesn’t excuse the egg they laid against the Commanders, who were starting rookie Sam Howell at quarterback.

The Cowboys must start the postseason on the road against Tom Brady and the Tampa Bay Buccaneers, but they’re actually favored by 2.5 points and our model gives them a win probability of 57.2%. The Cowboys should win Monday night, but Prescott is going to need to protect the ball better.

Prescott has certainly struggled with decision-making this season, and we’ll get into the circumstances when he throws the most pickable passes, but it’s absolutely worth noting that he’s otherwise been an efficient quarterback. He’s sixth in QB EVE (efficiency in expected pass situations) behind Josh Allen, Patrick Mahomes, Tua Tagovailoa, Jalen Hurts and Jared Goff and ranks fourth in well-thrown percentage and 12th in average air yards. His well-thrown percentage has actually improved from 80.2 in 2021 to 85.1 in 2022. His catchable rate has dropped from 80.9% in 2021 to 79.1% this season.

And it’s understandable why Prescott is seemingly putting more pressure on himself to make plays this season. Going back to that bizarre offseason, Dallas elected to trade wide receiver Amari Cooper for a fifth-round pick after it was leaked that it was considering outright releasing him. Cooper, 28, had three years and $60 million left on his contract, which apparently was too expensive for a team looking to re-sign more of its own free agents. That deal is now looking like a bargain after Cooper caught 78 passes for 1,160 yards with nine touchdowns for the Cleveland Browns in an offseason that saw Tyreek Hill, Davante Adams, Cooper Kupp, A.J. Brown, Stefon Diggs, D.K. Metcalf, Deebo Samuel, Terry McLaurin and D.J. Moore net heftier deals.

Gallup caught 39 passes for 424 yards with four touchdowns in 14 games coming off of a knee injury, Schultz managed 57 catches for 577 yards with five touchdowns, and Noah Brown, a veteran wideout with just five career starts heading into the 2022 season, was Dallas’ third-leading receiver with 43 catches for 555 yards with three touchdowns. James Washington, an offseason signing, never caught a pass with the Cowboys, and Jalen Tolbert, a 2022 third-round pick out of South Alabama, played in eight games and caught two passes for 12 yards. Dallas added veteran wide receiver T.Y. Hilton in lieu of signing Odell Beckham Jr. to help the receiving corps in the stretch run.

Prescott has also endured an upheaval up front. All-Pro left tackle Tyron Smith missed most of the season with a hamstring injury and is playing right tackle, where the results have been mixed, in his return. He’s replaced starting right tackle Terence Steele, who is out for the season with a knee injury. Rookie Tyler Smith settled in nicely at left tackle but was moved to left guard Sunday as regular left guard Connor McGovern had to shift over to center to fill in for an injured Tyler Biadasz. Veteran Jason Peters took over at left tackle. With Biadasz back at practice this week, the Cowboys should be able to roll with Tyler Smith at left tackle, McGovern at left guard, Biadasz at center, Zack Martin at right guard and Tyron Smith at right tackle this week against the Buccaneers.

But there is somewhat of a pattern when it comes to Prescott’s mental errors. He’s thrown 12 of his 21 pickable passes on throws between 10-25 air yards, leaving him with a 10.5 pickable pass percentage on those throws that ranks as one of the worst marks in the league.

Conversely, he led the NFL with an 87.5 well-thrown percentage when he wasn’t blitzed, which brings us back to some decision-making issues. He’s throwing the ball accurately, but defenders are there and in position to pick it.

So, it’s certainly possible that Prescott could get luckier now that the playoffs are beginning and that more defenders will begin to drop his pickable passes. But his high pickable pass rate is definitely still concerning and can’t be solely blamed on the Cowboys’ offseason changes. He’s taking too many chances, forcing the ball and trying to do too much.

The defense has helped propel the Buccaneers into the playoffs. Tampa Bay ranks fifth in EVE against the pass and its defense ranks eighth in our adjusted team ratings. The Buccaneers rank just 20th in total takeaways this season, however, and 24th in total interceptions.

One of the odder parts of the Cowboys’ season came when backup quarterback Cooper Rush was in the midst of a four-game winning streak with Prescott out and owner Jerry Jones wouldn’t put the idea of a quarterback controversy or competition to bed. Once Prescott came back and started winning, that conversation quickly quieted.

And it was an absurd premise. Prescott signed a four-year, $160-million contract extension nearly two years ago and isn’t going anywhere. But it will be interesting to see what would happen at head coach if the Cowboys have a first-round playoff exit for the second straight season.

Sean Payton is making the rounds as part of the head-coaching carousel and the Houston Texans, Arizona Cardinals and Denver Broncos reportedly have requested permission from the New Orleans Saints to interview him. Mike Florio of ProFootballTalk reported that the Cowboys wanted to pull off a trade to acquire Payton way back in 2019 before settling on Mike McCarthy. Meanwhile, the Carolina Panthers have requested permission from Dallas to interview offensive coordinator Kellen Moore for their head-coaching vacancy.

We’re getting ahead of ourselves, but it’s been concerning to see Prescott’s pickable pass percentage and interception rate rise this season. The Cowboys need to do more to surround him with talent than pick a veteran receiver off the scrap heap in December, and some coaching changes could actually do him some good even if it means playing in a different offense.

For now, we’ll see if Prescott can do a better job protecting the ball on Monday night against the Buccaneers. If he can, it could wind up saving his head coach’s job.