The Quiet Influence of Casemiro | The Analyst 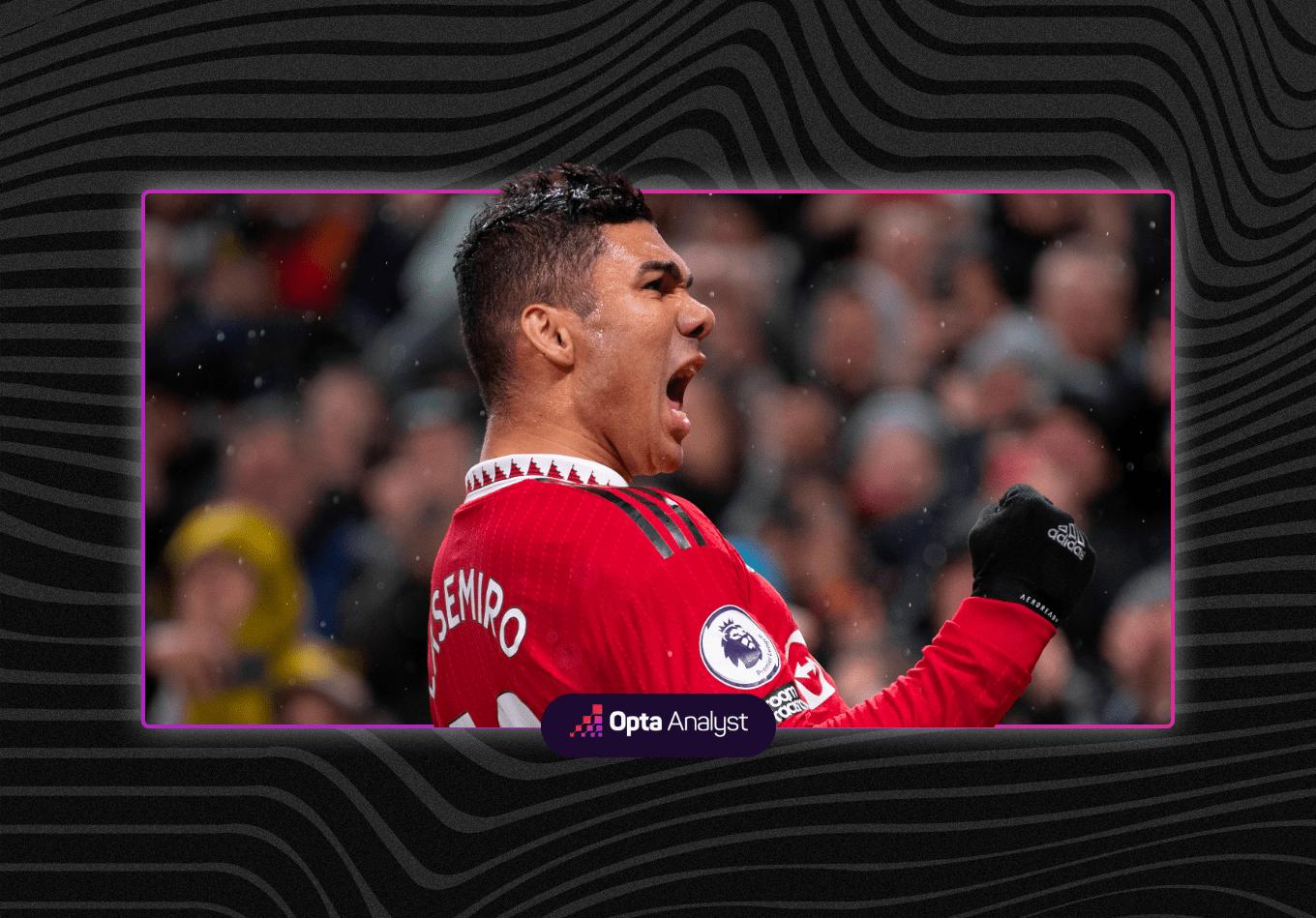 The Quiet Influence of Casemiro

Manchester United certainly raised a few eyebrows when they announced the acquisition of Casemiro from Real Madrid for an initial fee of £60 million in August of last year. The midfielder’s credentials were never disputed – he’s a five-time Champions League winner for goodness sake – but a £60m fee for a 30-year-old seemed… expensive, to say the least. Add to that fact that the club signed him on a four-year contract, and the deal did feel like another one of United’s myopic moves.

Five months and 14 Premier League appearances later, Casemiro has undoubtedly played a huge role in the reversal of fortune in Manchester. And frankly, no one is questioning the transfer now.

The Brazilian has started 10 Premier League matches for the Red Devils in 2022-23 and United have lost just one of those. Their 70% win rate with him starting compared to when he’s absent (57.1%) is stark, and the team perform better in just about every category (below) when he’s in the starting XI.

But top-line numbers like wins, goals scored and goals against are clearly team-based metrics, influenced by everyone on the pitch, rather than just one player.

Historically, it’s been easier to isolate individual player performance when analysing attacking players as we’ve got nice stats like goals, expected goals, shots and more to work with. It’s not always been easy to measure the ‘impact’ of someone like Casemiro – a midfield destroyer who breaks down opposition attacks before instigating attacking moves for Manchester United.

But looking at sequences – which take into account the on-ball actions of every player in a particular possession – can really help highlight just how pivotal a player like Casemiro can be.

Frequently paired with Christian Eriksen in a double pivot in the base of United’s midfield, Casemiro has a brilliant ability to read the game, disrupt opposition attacks and pick a pass to set the Reds on their way forward.

Since his first Premier League start (9 October vs. Everton), Casemiro has started more open-play sequences than any other player in the league (157 – second is Declan Rice with 139). Put in another way, Casemiro recovers the ball and re-establishes possession for United 15.8 times per 90 minutes, which is a figure that only Rodri can better over this time (17.0).

Not only that, but 21 of those sequences have gone on to end in a shot on goal for the highest rate of any player in the league, and three of them have been scored – a tally only second to Miguel Almiron’s four.

Among all midfielders in the Premier League since that Everton game, Casemiro ranks second for tackles (40), joint-fifth for interceptions (13), fifth for possession won (73), second for duels won (77) and second for clearances (22). He gets through so much defensive work

Although he was primarily signed for his defensive steel, Casemiro has also added something in attacks, with two goals and two assists to his name so far in a red shirt. He’s also created 14 secondary chances since his first start (the pass before the pass that led to the chance), a figure which sees him rank fifth highest of all players in the league, and only one behind Kevin De Bruyne.

And as the sequence involvement chart below shows, the former Madrid man is heavily involved in Manchester United’s overall build-up to shots on goal.

£60m for this high level of instant output? Bargain.