The New Version of Marcus Rashford is the Best One Yet 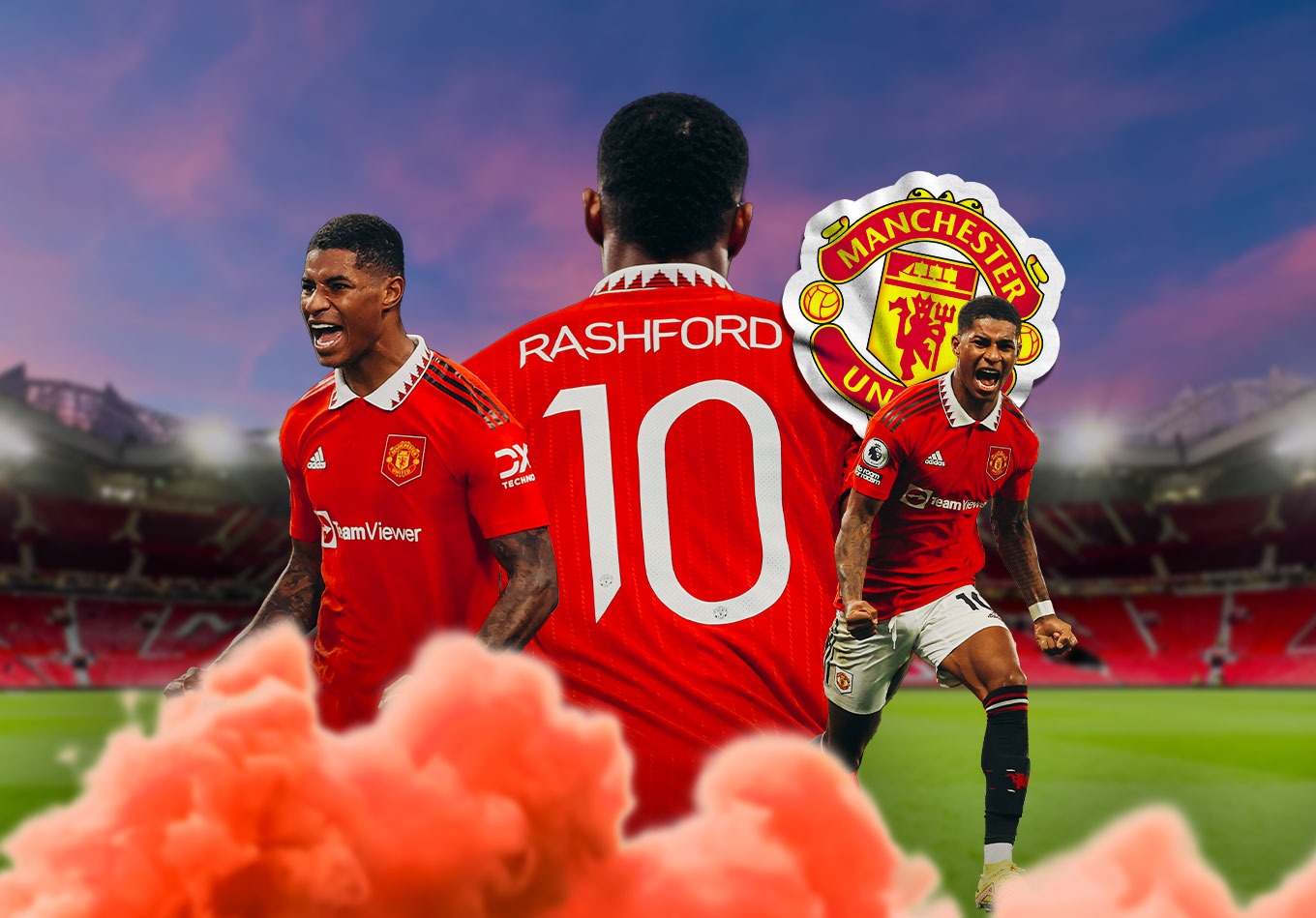 The New Version of Marcus Rashford is the Best One Yet

Since his debut, Marcus Rashford has always been a strange hybrid of multiple positions – appearing in different outfits dressed by the different styles of managers.

He first burst onto the scene as a pacey striker that looked to make runs in the box. Somewhere down the line, he was deemed to be best suited down the left, cutting inside and skilfully dribbling his way through a defensive backline. Eventually, all he would do is run to walls of players – he then was moved to the right.

Over the course of his Premier League career, Rashford has played all across the forward line:

Any footballer would struggle to develop under that mismatch and chaos. Add unresolved injuries to the mix and it was hard to understand where Rashford currently stood, or what he even was.

He dribbled, but not well enough to be on the wings. He ran into the box, but not quite enough to be the lethal striker. At times, he was completely invisible and forgettable in a game. In others, he was the player that set the opposition defence on fire.

Looking back now in January, it is hard to believe Rashford was once rumoured to join Paris Saint-Germain in the summer. Some would say this is his best start to a season yet, having scored a total of 15 goals in 25 appearances across all competitions for Manchester United, at a rate of 0.6 goals per game, the best rate of any season in his United career.

He’s scored in each of his last six competitive appearances for Man Utd (seven goals – three in the Premier League, one in the FA Cup and three in the League Cup – including a brace in midweek versus Charlton Athletic), which is already his best-ever scoring run for United in all competitions.

Add in five assists to this mix and Rashford has 20 goal involvements across all competitions for United, registering either a goal or assist once every 90 minutes.

This resurgence in form poses a key question: is the Rashford we have known all along, finally thriving and returning to his best? Or perhaps, is this a new version of Rashford we haven’t ever seen before, breaking new heights?

To answer that in one sentence would be an injustice to the complexity of his career but it is finally safe to say he’s found his footing under Erik ten Hag. The left wing, apart from the odd exception, is where Rashford belongs. And the proof is in the pudding.

Rashford’s upswing in goalscoring is just one of the aspects he’s improved in this season. But it’s worth highlighting just how much of a completely different player he’s looked this season in front of goal compared to last campaign.

In 2022-23, he’s become best friends with the six-yard box, having scored two goals inside it and one just outside of it.

What’s interesting when comparison the two seasons below is that while Rashford’s xG per shot of 0.14 is the same across both years, he’s already taken almost twice as many shots this season.

Rashford’s crutch in goalscoring is his tendency to take shots when he should instead pass – he isn’t completely efficient, but that isn’t to negate his clear improvement in this area.

Many would hold up Rashford’s 2019-20 season as his best in a United shirt. Right up until a back injury that took him out for several months, he was in the scoring form of his life, plundering 11 goals in 15 games between October and the start of 2020.

He finished the season with 17 league goals with six of them coming from the spot.

Let’s compare his so-called best season with the one he’s enjoying now. We’ll exclude penalties to look at Rashford’s quality in open play.

Rashford was the main man in Solskjaer’s side in 2019, everything went through him and without him, United struggled to create a threat.

Rashford now still shines as one of United’s best forwards, but he is longer their only hope of being able to create, or score chances. The responsibilities do not fall on one player or the brilliance of his individual qualities.

Rashford’s excellence also comes from refining the positions he takes up going forward. As mentioned, he’s primarily playing off the left under Ten Hag this season.

As his open-play touch map below shows, he’s taking up frequent positions out wide and in the left half space.

They both bring out the best in each other, but Rashford especially. When the winger bombs forward, Shaw hugs the touchline and whips in crosses. When the full-back inverts and roams into the midfield, the winger stays back. Their interchange has been a catalyst to Rashford’s form.

His touch map in 2021-22 looks scattered and lacks an identity, with Rashford playing from both flanks and in the middle. It feels like a direct product of the haphazard Manchester United side that went from Ole Gunnar Solskjær to Ralf Rangnick who won just 10 league games from 24 in charge. Rashford was the product of his environment, but nonetheless, looked a shadow of himself.

Let’s rewind further to Rashford’s best, the 2019-20 season, and look at the spaces he occupied on the pitch then. A similar trend emerges – he’s strictly to the left.

But in some cases, football can be simple.

He’s playing back on the left wing and flourishing.

And there is one element the 25-year-old Rashford is better at now and that’s his box presence. It isn’t limited to the left as it once used to be in 2019 (6%). Instead, Rashford is now a presence in both the left and central spaces of the box equally (5%). Furthermore, 78% of Rashford’s shots have come from inside the box this season compared to just 59% in 2019-20.

Free from his nagging injury, Marcus Rashford looks a different player to the one last year. It isn’t just that he is better at the same things — scoring, cutting inside, running at defences – he also looks to have improved his weaknesses.

Rashford always liked beating his man but that doesn’t mean he always did it well.  The Englishman has a good build and physique, but seldom utilised his body well to bully and shove defenders, which meant that whenever he attempted to run with the ball, he had a tendency to easily lose possession.  Now, his physical presence is hard to ignore. He’s beginning to use his strength to create shots for himself and chances for his team-mates. Compared to last season, he is driving into the box to shoot and create with more intent than previously, and he’s simply doing it more often too.

Only four players have taken more shots following a carry in the Premier League this season: Darwin Núñez, Wilfried Zaha, Demarai Gray, Saïd Benrahma and Gabriel Martinelli. And only five players have made more carries that included a take on.

Rashford’s late winner against Wolves as a substitute is the perfect goal to illustrate his electric form.

He begins out wide, cuts inside and lays it off to Bruno Fernandes, while spotting the space in Wolves’ defensive line to run into.

The move is two-faceted: first to have the awareness to detect that space, and the second being the speed and cleverness to recognise he is better off without the ball and instead running into the box for the return pass.

His initial pass gives him just enough time to run into space while the defenders are stuck ball-watching. While Jonny Otto is able to spot his run, Rashford is just a second ahead because of how early he begins his surge into the box.

Shoulder to shoulder with two defenders, Rashford doesn’t get pushed or bullied, but he continues to skilfully beeline his way through the box.

And finally, the finish. In the past, Rashford has sometimes opted for shot power rather than placement, getting into valuable shooting positions only to shoot straight at the keeper

Now, despite the left-back sliding in, the defender crowding his vision and the goalkeeper in front of him, Rashford manages to slot it in coolly.

That is the three elements of Rashford’s game that has made his form electric. He’s running into the box more often, he is playing with an aura of calmness and confidence, he’s placing his shots better and he doesn’t hold onto the ball as often.

He is utilising his value off the ball in ways he didn’t before.

Previously, Rashford’s movement off the ball best came in counter attacks and transitions, when space was there to be had. Now he’s widening his repertoire by unlocking low defensive blocks with quick, powerful runs. Not only does this make him a more difficult player to defend against, but he’s even more valuable for his team – his utility doesn’t come against just tired legs or high lines.

It is a both new and better Rashford we haven’t seen before.

The forward is on a run to outdo himself and firmly cement 2022-23 as his best season yet.