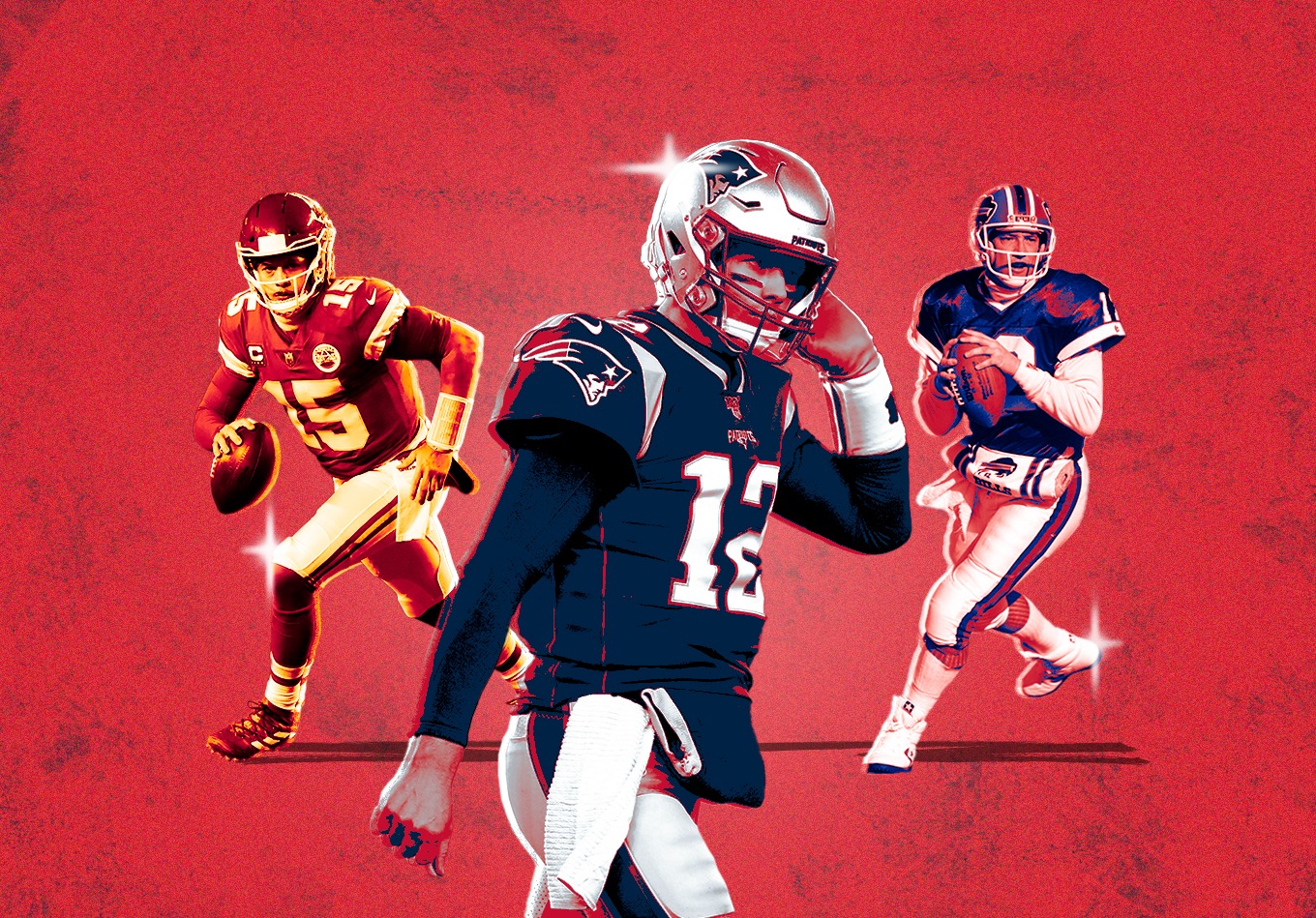 Ask anyone in and around the league, and they will tell you the same thing: Winning in the NFL is incredibly hard.

It’s why there exists a constant cycle of head coaches and quarterbacks.

But there are a few franchises that have cracked the code; teams that have built consistent contenders.

We’re diving into the history books to find the longest NFL playoff streaks ever.

Andy Reid arrived in Kansas City in 2013 and has made the NFL playoffs in eight of nine seasons, including seven in a row. And with Patrick Mahomes leading his offense, expect to see the Chiefs play deep into January for several years.

Buffalo owns one of the longest playoff appearance droughts in NFL history (17 seasons from 2000-16). But the Bills now appear to be one of the AFC’s top contenders, both in the short-term, and the long, thanks to Josh Allen.

Most Consecutive Playoff Appearances (All Time)

The NFL has never seen dominance like the Bill Belichick-Tom Brady New England teams. After Brady tore his ACL at the beginning of the 2008 season, leading to New England missing the postseason, the Patriots made 11 consecutive playoff appearances, winning three Super Bowls along the way.

Arguably the Patriots’ biggest adversary during the first half of their dynasty, the Peyton Manning-led Colts were a worthy opponent. Indianapolis finally broke through in 2006, defeating the Chicago Bears in Super Bowl XLI.

Most Consecutive Seasons With a Playoff Win (All Time)

The Patriots, understandably, are all over this list. That’s thanks in part to their regular-season dominance, especially over their AFC East foes. But what makes this era so unique is the sustained dominance they continued to have come playoff time.

This streak was kicked off by Jimmy Johnson’s Cowboys teams, which made three consecutive postseasons and won two Super Bowls. After Johnson’s infamous exit from Dallas, Barry Switzer picked up things right where Johnson left off with three more consecutive playoff appearances and another Super Bowl title.

Most Consecutive Postseason Wins (All Time)

The dawn of the Patriots’ dominance was a special run. New England won the Super Bowl in 2001, then missed the playoffs, only to win the Super Bowl in back-to-back seasons in 2003 and 2004. The Patriots won a wild card game against the Jacksonville Jaguars in 2005 before losing to the Denver Broncos in the divisional round.

Vince Lombardi earned his reputation somehow, right? Nine consecutive playoff wins will do just that, including five NFL championships and two Super Bowls. Green Bay was the first glimpse of a dynasty as the NFL entered the Super Bowl era, and have continued to hold that same cache 60 years later.

Before the Browns became the laughingstock of the league, they were one of the league’s most dominating forces. The Paul Brown-led Browns appeared in six straight NFL championships, winning three.

The Bills own what is likely the most famous – or infamous – streak in the history of the NFL. Buffalo lost all four Super Bowls, all to current NFC East teams. Only one game – Super Bowl XXV against the New York Giants – was decided by one possession.

The final chapters of the Brady-Belichick era in New England were as compelling as any other climax to a great story. The Patriots reached three consecutive Super Bowls, including winning Super Bowl LI against the Atlanta Falcons in thrilling comeback fashion.

Seven franchises make up the list of eight times in which the Super Bowl was won in consecutive years by the same team.

Naturally, there is no shortage of iconic players and coaches among these teams.

New England’s back-to-back run in 2003 and 2004 concluded the first chapter of its dynasty, as the Patriots won three Lombardi Trophies in four years and Brady and Belichick cemented themselves among the greats early in their respective careers.

John Elway, at long last, won two rings with Broncos at the end of his career in the late 1990s.

The Cowboys and 49ers further established themselves as two of the great franchises in the history of the NFL with their consecutive titles. Dallas’ wins secured Jimmy Johnson’s legacy, while San Francisco’s first win capped off Bill Walsh’s legendary career and second win kicked off George Seifert’s impressive one.

The Miami Dolphins, led by the NFL’s winningest head coach Don Shula, kicked off their streak with the famous perfect season, and followed that performance by proving it was no fluke.

The team to do it first, in Super Bowl I and II, was the Green Bay Packers, with none other than Vince Lombardi at the helm.