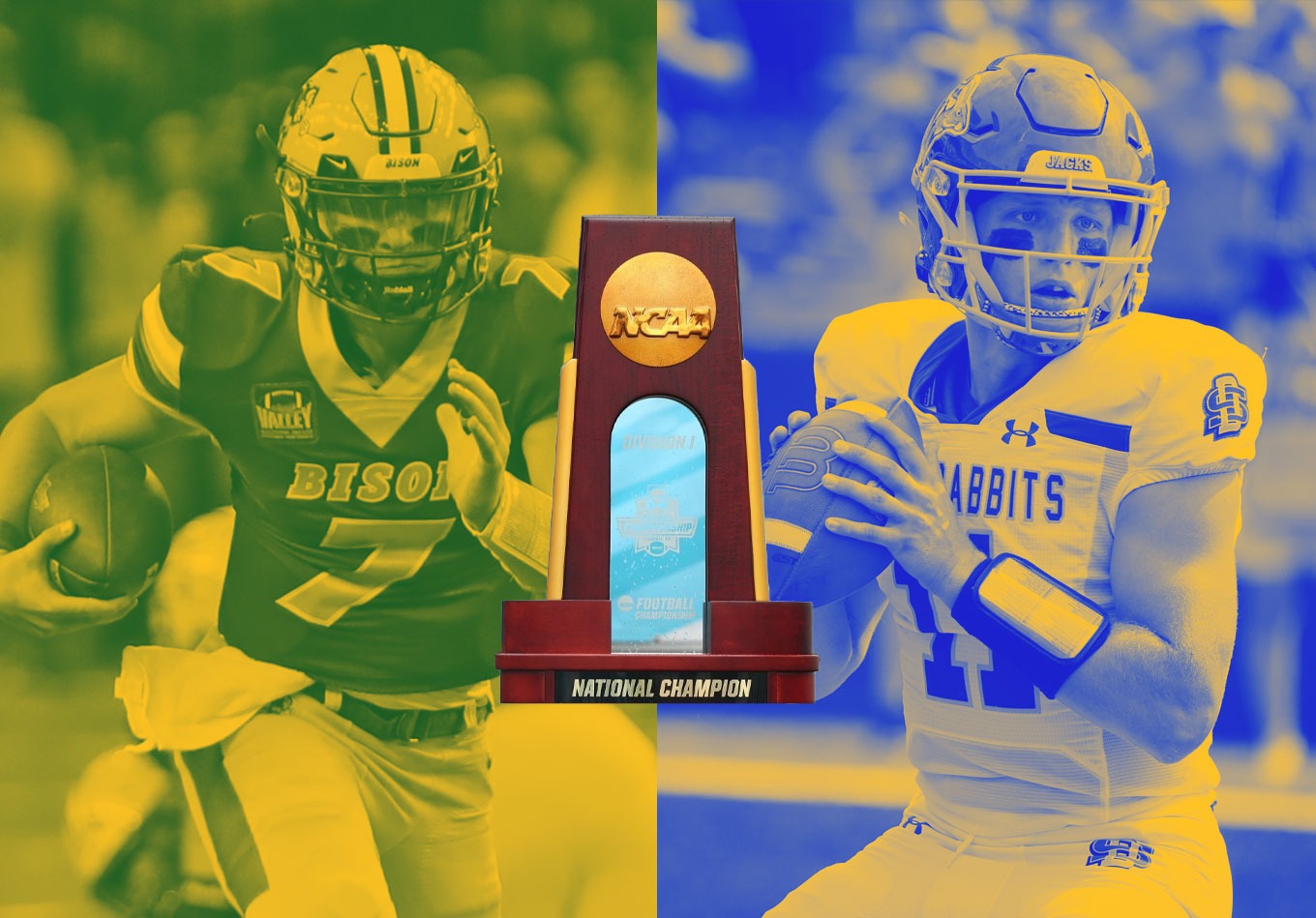 There’s some redemption at stake in the FCS championship game with starting quarterbacks Mark Gronowski of South Dakota State and Cam Miller of North Dakota State.

This time last year, Miller was on the verge of winning the national title, directing an NDSU offense that rolled past Montana State for the program’s ninth championship in an 11-season span. But the junior has yet to guide a win over SDSU, dropping three career starts against the Bison’s Missouri Valley Football Conference rival.

Two seasons ago in the pandemic-delayed 2020 campaign, Gronowski led SDSU to the national championship game, but he suffered a torn ACL on the Jackrabbits’ first possession and could only watch from the sideline as the Jackrabbits fell to Sam Houston on a late touchdown.

Top-seeded SDSU (13-1), which is seeking to win the FCS title for the first title, is considered as much as a five-point favorite over No. 3 seed NDSU (12-2) leading into Sunday’s showdown at Toyota Stadium in Frisco, Texas.

Both quarterbacks are set to make their 25th career start. Each is efficient in running his respective offense – Gronowski has a stronger receivers unit to direct a more-balanced attack, while Miller does a lot of damage on the ground in NDSU’s No. 3-ranked rushing attack in the FCS.

Gronowski was the MVFC’s offensive player of the year as a freshman during the spring 2021 season. He feels he let his team down against Sam Houston even though he couldn’t be blamed for an injury.

Having returned from a medical redshirt, the 6-foot-3, 220-pound sophomore has passed for 2,744 yards and 23 touchdowns against only five interceptions. He averages fewer carries than in his rookie campaign, but has contributed 351 yards and 11 scores on the ground.

Gronowski is 2-0 in starts against the Bison, most recently leading the Jackrabbits back from a 21-7 halftime deficit to a 23-21 road win on Oct. 15.

SDSU’s third straight win in the schools’ 113-game all-time series weighs on Miller, even though he passed for a career-high 227 yards and had a combined three passing and rushing touchdowns. He was penalized for unsportsmanlike conduct on a first-half play, and it likely cost them from adding to their 21-7 lead. In the second half, the offense managed only 59 yards while SDSU made its comeback.

“Honestly, I think I’ve played some of my best football against the Jackrabbits the last three times that we’ve played them, so that obviously gives me confidence going into this game,” Miller said.

“I feel like the last time I played them, I just played really fast, I didn’t really think much, I just kind of reacted to the looks that they gave me. I thought I was very efficient in the passing game. I think I can improve on the quarterback run game against them.”

NDSU holds a 63-45-5 lead in a series that was first played in 1903. While this is the first meeting between the two rivals in the national championship game, the Bison hold a 4-0 lead in FCS playoff games since 2012.