How Long is a Football Match: The 90-Minute Myth | The Analyst 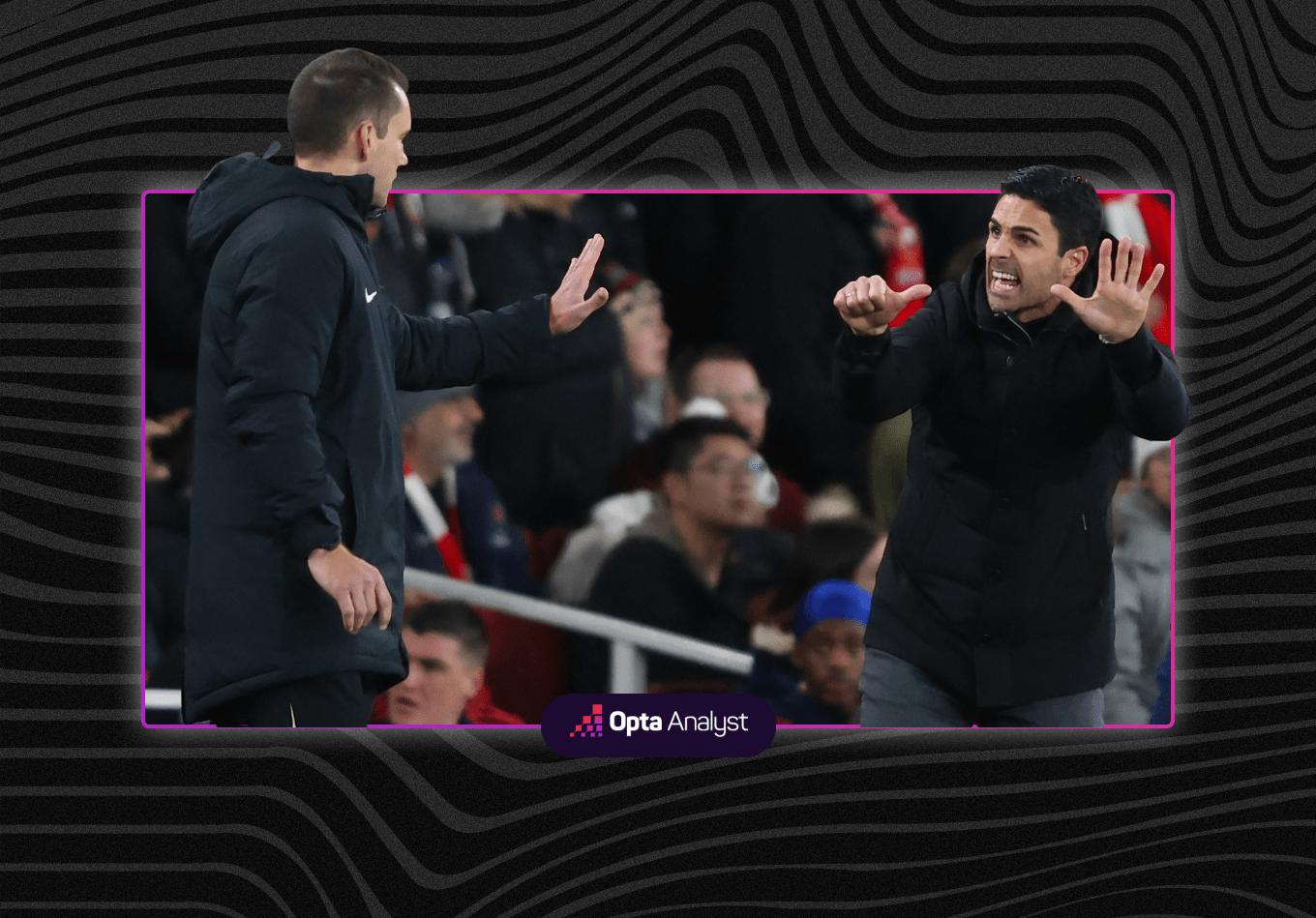 How Long is a Football Match: The 90-Minute Myth

They are supposed to be 90 minutes long, but how much time is really played in a football match? We look at the data across Europe this season, compared to the 2022 FIFA World Cup.

The topic of timewasting and the real time played in football matches has reared its head yet again, following accusations of timewasting by Arsenal fans against their opponents Newcastle in midweek.

As frustrating as it may have been for Arsenal fans on the night, “timewasting” or attempting to run down time from the match clock is hardly anything new. It wasn’t even the lowest proportion of ball-in-play time we’ve witnessed in a Premier League game this season – 36 different matches have seen a lower percentage.

Only three Premier League matches in 2022-23 have seen the ball in play for less than 45% of the total match time (including added time) – all three have involved Leeds United, with one of those being their midweek 2-2 draw against West Ham at Elland Road (43.6%). This game is ahead of only their away defeat at Crystal Palace in October (43.4%) for lowest proportion of time that the ball has been in play during a game.

Premier League matches this season have ranged from 43:26 (Aston Villa 4-0 Brentford in October) to 68:07 (Manchester City’s 4-0 win over Southampton, also in October) – a difference of nearly 25 minutes. That Man City win was also the Premier League match to see the highest proportion of ball-in-play time in 2022-23 so far (71.6%).

This is absolutely not just an issue in the Premier League, though. In fact, the English top-flight is one of the best in Europe for ensuring fans are watching a decent proportion of football, rather than delays and general timewasting.

The average Scottish Premiership match this season has seen the ball in play for four minutes and seven seconds less than a Premier League game (50:42 vs. 54:49), despite only being a minute and a second shorter overall than English top-flight encounters (97:06 vs. 98:07).

No Scottish Premiership game in 2022-23 has seen the ball in play for more than an hour. The best offering was Rangers’ 2-1 home win over Dundee United in September, which fell two seconds short.

At the 2022 FIFA World Cup, we witnessed a new era of timekeeping, with more added time in matches than we’d ever seen before at a World Cup tournament.

Pierluigi Collina – FIFA’s chairman of the referees committee stated “If you want more active time, we need to be ready to see this kind of additional time given. Think of a match with three goals scored. A celebration normally takes one, one and a half minutes, so with three goals scored, you lose five or six minutes.”

He stayed true to his word, with the average World Cup match (excluding extra time) in Qatar lasting 100 minutes and 23 seconds. Of that, 57.3% of the time saw the ball in play, with 58 minutes and four seconds of ball-in-play time on average. That average is three minutes and 15 seconds longer than the Premier League 2022-23 average – which is a long time in football. Just ask Everton fans, with their side conceding their second and third goals against Brighton on Tuesday night in the space of two minutes and 54 seconds.

Average ball-in-play time has fallen in the Premier League over the last 11 seasons, where we have recorded this statistic.

The current season average of 54:49 is the lowest it’s ever been – eight seconds less than last season and one minute and 54 seconds lower than the peak in recorded history of 56:43 back in 2013-14.

Rule changes such as additional substitutions and new technology introductions like VAR haven’t helped, with additional time added to the clock overall but often not factored into stoppage time.

Maybe it’s time for the focus of the new technologic advances to be based on the match clock?