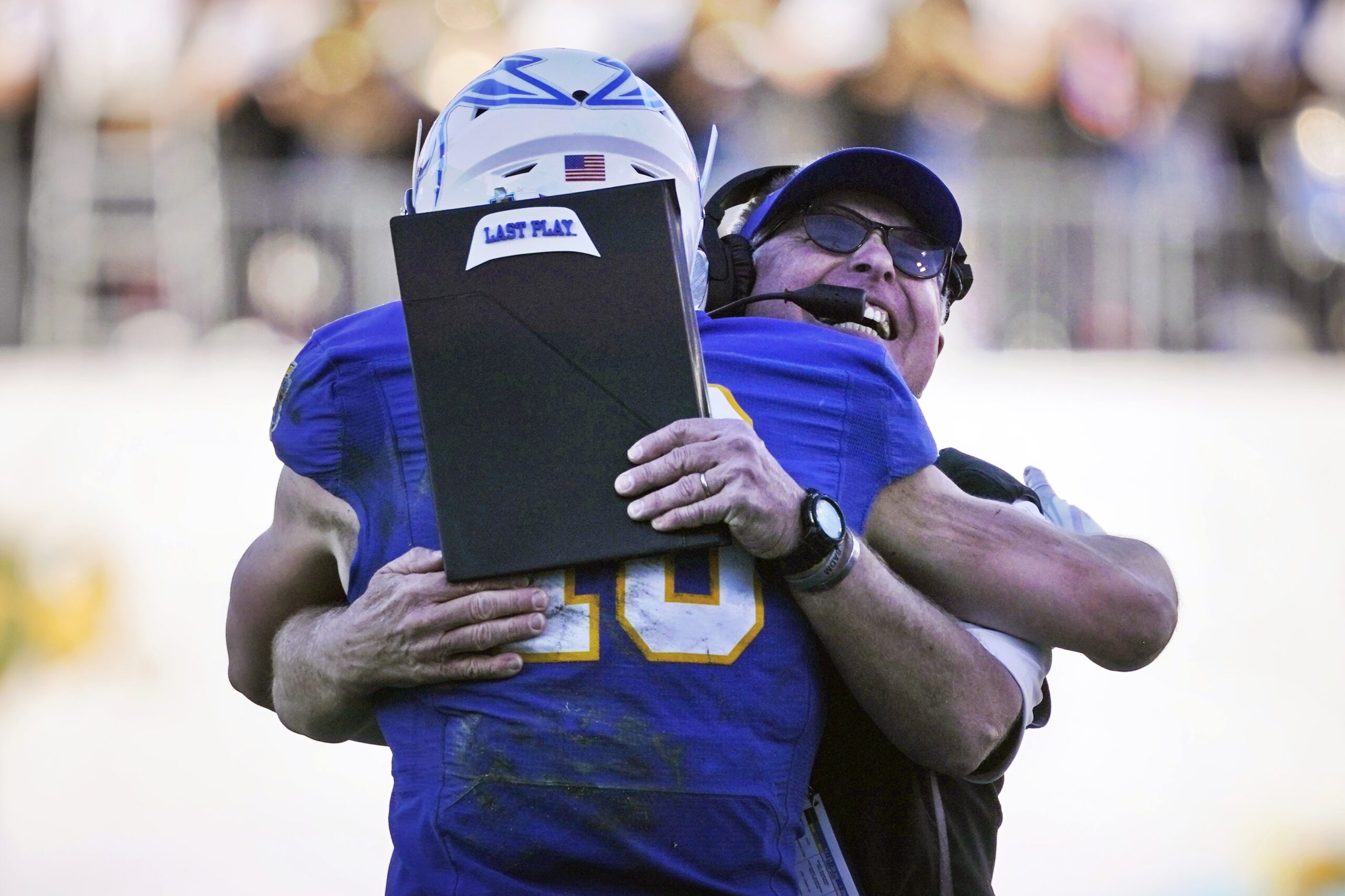 South Dakota State coach John Stiegelmeier is going out on top of FCS college football, announcing his retirement on Thursday less than two weeks after the Jackrabbits squad won their first national championship.

“Laurie (Stiegelmeier’s wife) and I, with our family, want to thank South Dakota State University and SDSU Athletics for being blessed to serve as the head football coach,” Stiegelmeier said in a statement. “During our 26 years in this role, a lifetime of memories have occurred. The support of so many, including three university presidents, numerous assistant coaches, countless student-athletes, two athletic directors and the Jackrabbit fan base has been so special. Thank you to each and every one who have believed in us.”

Stiegelmeier, who’s affectionately known as “Coach Stig,” helped guide SDSU’s transition from Division II to I in 2004. The Jackrabbits won the 2007 Great West Football Conference title and earned a share of the 2016 Missouri Valley Football Conference title before they did it again in the spring 2021 season and also finished as the national runner-up to Sam Houston. This past season, the ‘Rabbits went 14-1, captured their first outright MVFC title and completed their 12th FCS playoff bid under Coach Stig by defeating rival North Dakota State 45-21 in the championship game on Jan. 8 in Frisco, Texas.

“Simply put, South Dakota State University is a better place because of John and Laurie Stiegelmeier,” SDSU athletic director Justin Sell said. “Their impact goes far beyond wins and losses or championships because of the family culture they have fostered throughout their time here, and by building a program based on character, hard work and excellence in all areas.”

Sell said defensive coordinator Jimmy Rogers, who played linebacker under Stiegelmeier from 2006-09 and was in charge of one of the nation’s top defenses this past season, will succeed his mentor as head coach. The Jackrabbits will return a number of key starters next season and are expected to be favored to capture a second consecutive FCS championship.