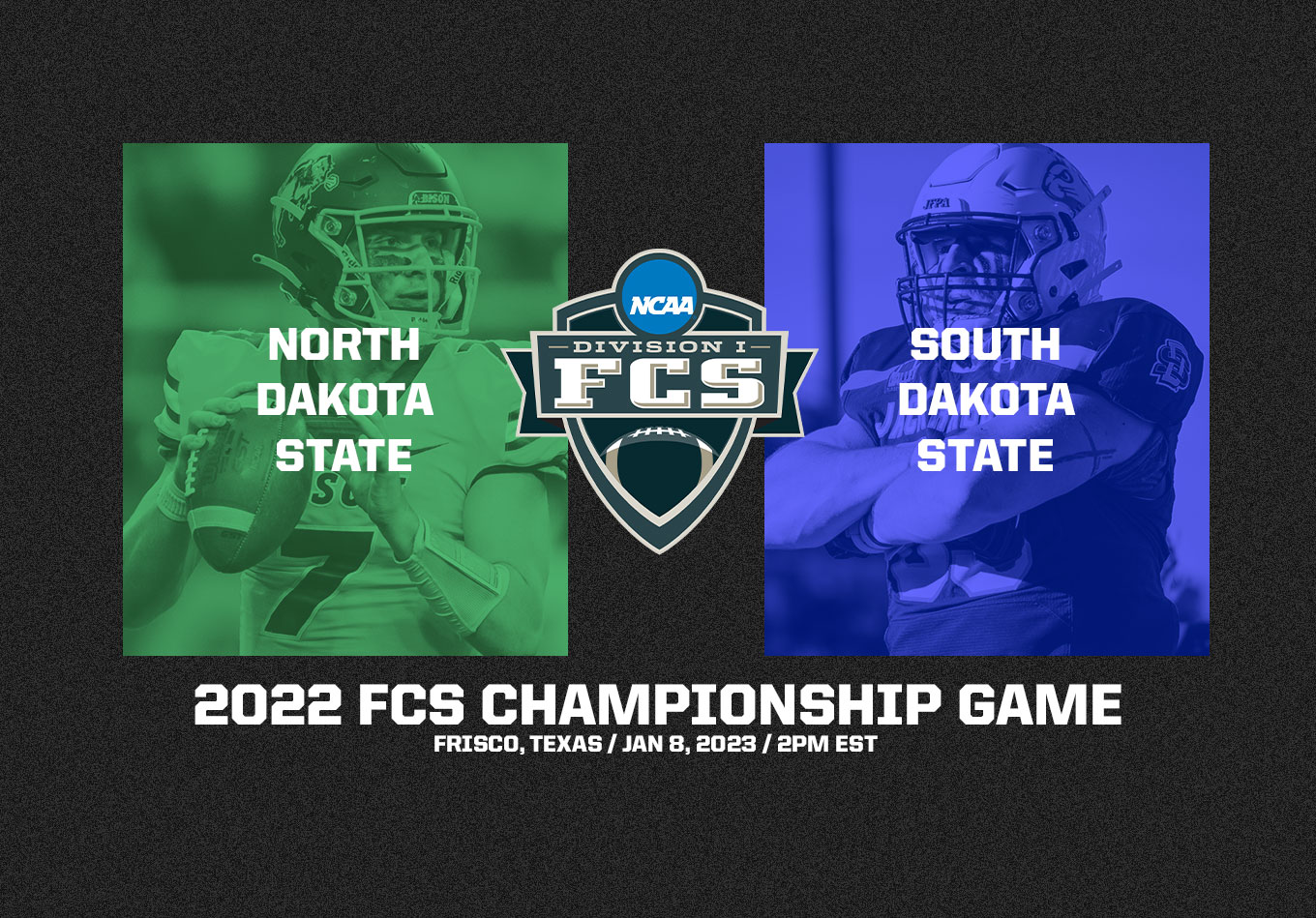 Two longtime rivals who were the top-two ranked teams heading into the 2022 FCS season are paired together for a Texas Two-Step in a much-anticipated national championship game on Sunday.

North Dakota State, the reigning national champ and a dynasty in pursuit of a 10th FCS title in the last 12 seasons, enters as up to a five-point underdog. South Dakota State, which dropped its first title game appearance in spring 2021, took over the No. 1 ranking following a midseason win over the Bison and have an FCS-best 13-game winning streak.

Here’s a capsule preview of the 45th FCS championship game, which is an all-Missouri Valley matchup:

5 Key Questions – 1. Is SDSU in the Bison’s heads? Sure, that is so unlike the NDSU dynasty, but the Jackrabbits have enjoyed success against the Bison like no other FCS program. Given his QB predecessors, it’s likely important for Miller (0-3 as a starter against SDSU) to play with a lead and not from behind. 2. NDSU boasts the FCS’ No. 3-ranked rushing offense, but was held to a season-low 127 yards in its regular-season loss to SDSU, and is without injured fullback Hunter Luepke, who had over half the carries in that game. Can the rushing attack gain its footing against a Jackrabbits defense that surrenders an FCS-low 82.8 rushing yards per game? 3. That said, SDSU is more balanced offensively (53-to-47 percent pass compared to NDSU’s 68/32 run). Will the red-hot Davis (416 rushing yards, four TDs in three playoff games) set up the deep receiving corps (Kraft, fellow TE Zach Heins and WRs Jaxon and Jadon Janke), and vice versa, to keep the Bison on their heels? 4. Does the three-plus-week break following the semifinals favor the Bison in a big way? Many of their coaches and players are accustomed to timing the buildup to Frisco just right. The Jackrabbits say it’s not a factor, but they were rolling more than NDSU come Dec. 17, and they didn’t experience a three-week break before their spring 2021 championship game, which was held one week after the semifinals. 5. These rivals and coaching staffs know each other so well. Who will design a difference-making play on unveil something the other one hasn’t seen before?

Prediction – Yes, the extra time off helps what has been an injury-plagued NDSU lineup, but the Bison are still not at full strength. SDSU is healthier and been the best FCS team this season, so the Jackrabbits seem primed to exorcise playoff demons against the dynasty. South Dakota State 25, North Dakota State 20.