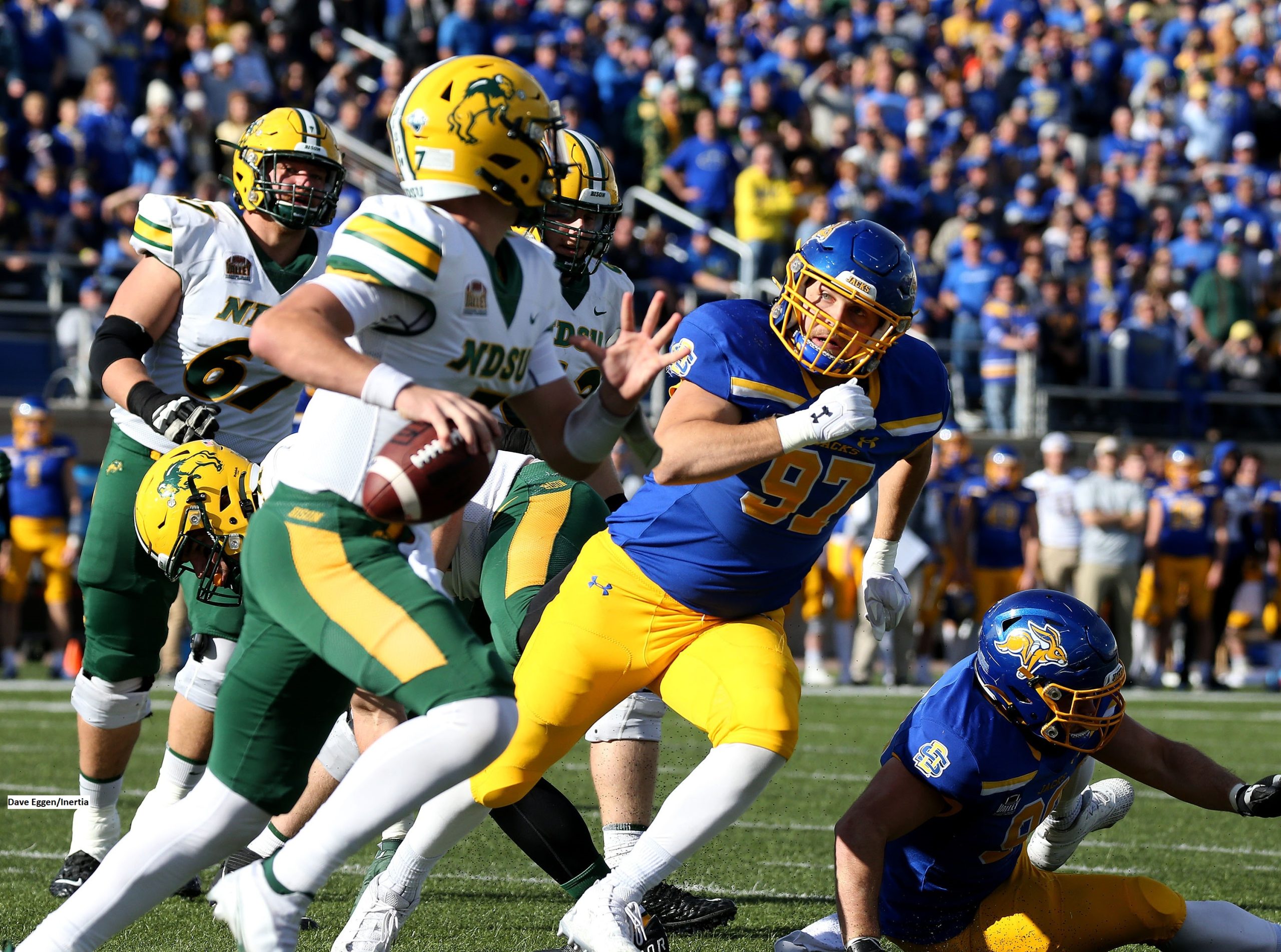 South Dakota State is more balanced offensively and has been stronger defensively, but NDSU is an FCS dynasty, seeking a 10th FCS title in a 12-season span. The Jackrabbits are chasing a first title in their second appearance in the final in the last three seasons.

While many numbers help define top-seeded SDSU (13-1), here are five important ones to know heading into the much-anticipated final in Frisco. The Jackrabbits won their regular-season matchup 23-21, and are considered a small favorite.

Junior Isaiah Davis has at least 100 rushing yards in 15 career games and a touchdown run in 19 different games. SDSU has only one loss in those games, although it occurred at the wrong time: Davis rushed for 178 yards and three scores against Sam Houston in the national championship game that capped the spring 2021 season.

No team has come close to the Jackrabbits’ success against NDSU in the last decade. Behind coach John Stiegelmeier, the ‘Rabbits have won five of the last nine meetings since 2016, including the last three. No other FCS program has more than one win against NDSU since 2011, the Bison’s first FCS title season.

SDSU has not lost a game in quarterback Mark Gronowski’s 24 career starts (a 21-3 record) when he scores a touchdown. He’s rushed for a touchdown in 14 different games and caught one in another game. The dual-threat also has at least one touchdown pass in 14 of those 15 wins.

The Jackrabbits are surrendering just 82.8 rushing yards per game, the low among 130 FCS teams and nearly 20 yards better on average than their previous best since a move into Division I in 2004. The ‘Rabbits, led up front by defensive tackle Caleb Sanders and defensive Reece Winkelman, held the Bison’s third-ranked FCS rushing offense to a season-low 127 yards on the ground on Oct. 15.

The offense basically doesn’t squander scoring opportunities in an opponent’s red zone. They have scored on 58 of 60 (96.7%) trips inside the 20, including on 43 straight opportunities heading into the championship game.