Anything Could Happen: The Championship Keeps on Being Unpredictable | The Analyst 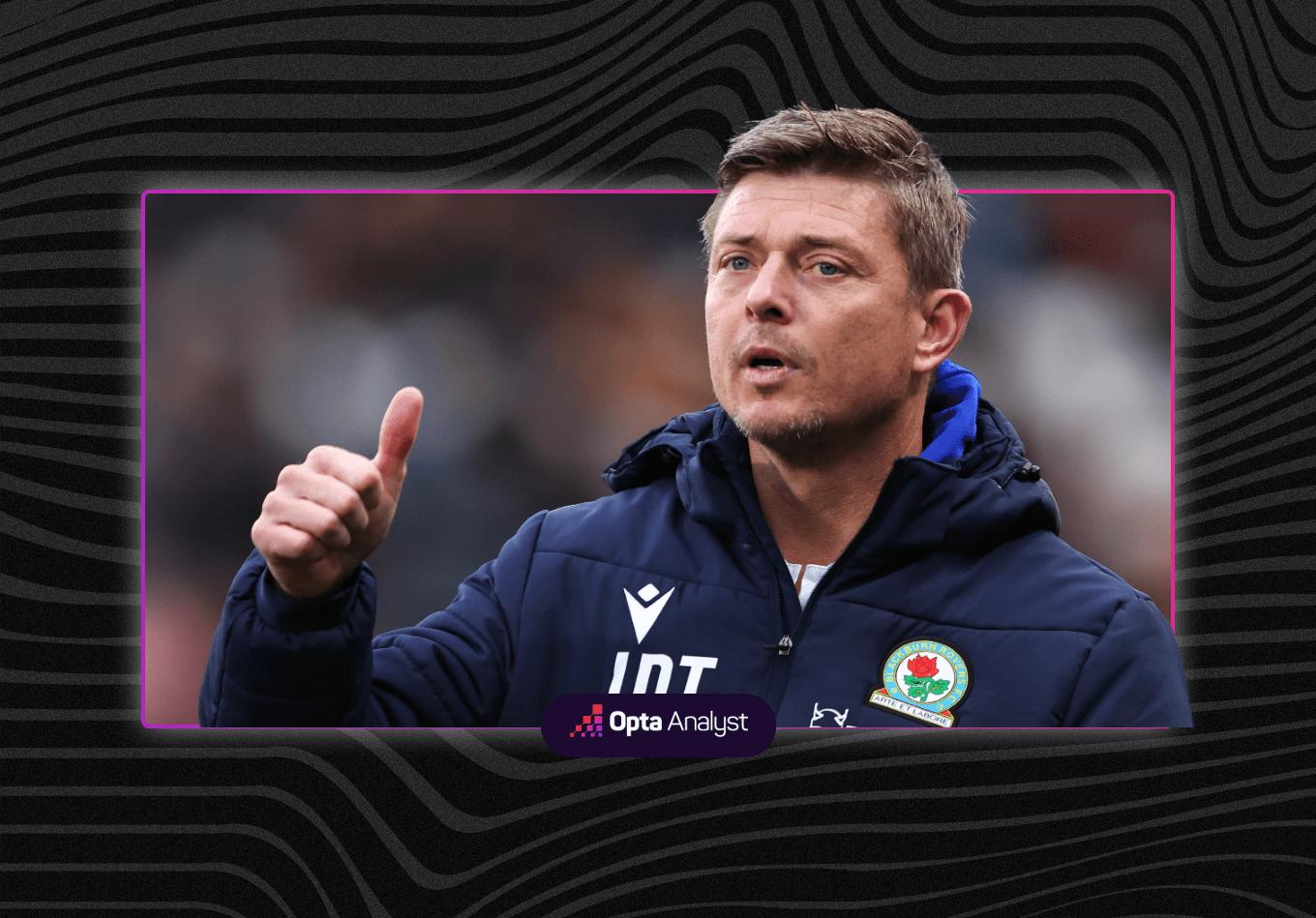 Anything Could Happen: The Championship Keeps on Being Unpredictable

While the 2022 World Cup approached its thrilling climax, one of the most thrilling leagues in the world un-paused its latest typically captivating campaign.

Five rounds of fixtures later and the Championship has reminded us yet again what immense fun it is.

As English football’s globally-renowned second tier prepares to resume once more (this time after the third round of the FA Cup), we pick out (and pick apart) five of its most compelling storylines of 2022-23 so far.

We can usually rely on the Championship play-offs for an annual dose of late spring drama – but the race to get into them in the first place is shaping up to be ridiculously dramatic this season. With most of the league having 20 games left to play, just three points separate fifth-placed Middlesbrough (on 39 points – the same as sixth-placed Millwall, who have a game in hand) and 13th-placed Reading. Coventry City (who have a game in-hand on most of the division) and Swansea City, 14th and 15th respectively, are only a point further back. It sure is tight.

Will it stay that way? Well, history tells us probably not.

Differing numbers of games played mean this isn’t an exact science, but we can roughly compare between campaigns: not since 1995-96 has a team in the bottom half of the table sat within three points of the play-offs after the vast majority have played 26 matches. Back then, Barnsley in 13th trailed Millwall in sixth by just two points after both had played 27 games (Barnsley ultimately finished 10th, while Millwall were relegated).

Over the past nine seasons, the average points gap between sixth and 13th in the final table has been 14.3 (with a peak of 18 in 2014-15 and 2016-17, and a low of 11 last season). This would appear to evidence the growing disparity between England’s top two divisions (although the biggest gap in the Premier League era – 19 points – occurred in 1999-2000 and 2000-01, well before the introduction of competition-diluting parachute payments).

The Curious Case of Blackburn Rovers

Jon Dahl Tomasson played in arguably the most famous draw in football history – for Milan in the 2005 Champions League final against Liverpool – but he’s yet to witness a stalemate or share of the spoils in the league since becoming Blackburn Rovers head coach last summer. The Championship’s very early pacesetters, Blackburn are still sitting ostensibly pretty in third – with a record of 14 wins and 12 defeats in their 26 matches.

To put into some context how bizarre that is, only bottom two Huddersfield Town and Wigan Athletic have suffered more defeats this season (14). Lose (or win) their next three and Blackburn will set a new post-war record in the top four divisions of 29 games from the start of the season without drawing, which is currently held by Tottenham Hotspur in 2018-19, who went their opening 28 Premier League matches without a draw.

In fact, Blackburn are the first team in the second tier of English football to go without a draw in their opening 26 league matches within a season since Bolton Wanderers in 1934-35 (W19 D0 L7).

If there is such thing as being perfectly inconsistent, then that’s what Blackburn are right now: not only is their win-loss ratio almost exactly 1:1, but they’ve also scored as many goals as they’ve conceded (30). What’s going on here? And can Rovers stay in play-off contention? Automatic promotion looks unlikely at this moment in time, given that they’re nine points behind second-placed Sheffield United – who have been rather rampant of late.

Blackburn’s goal difference might have you assume that they’ve generally been involved in tight games won by narrow margins – but that’s not quite the case. Sure, nine of their 14 wins have come by a single goal – but four of their 12 defeats have come by three goals, and another by two.

Almost half (12) of Rovers’ matches have been won or lost by two or more goals. On top of that, all 14 victories have come after scoring first and all 12 losses after conceding first (they are one of only two teams yet to win a point from a losing position, alongside Rotherham.

If it’s vibes you’re after, Rovers are the team to watch – but vibes don’t get you promoted, and the underlying numbers don’t augur well for Tomasson and co.

Based on expected goals, Blackburn are the least creative team in the league, averaging 0.75 non-penalty xG/game; they’ve also conceded the division’s seventh highest xG/game (1.26) – so, albeit slightly less so defensively, there is cause for concern at both ends of the pitch.

However, there is also cause for optimism, chiefly because of two players: Ben Brereton Diáz – who’s scored nine goals despite the team’s difficulty carving out opportunities – and goalkeeper Thomas Kaminski – who’s been an inspiration this term and leads the league for goals prevented with 6.2 (1.3 more than next best-ranked John Ruddy of Birmingham City).

For quite a while this season, Preston North End were the weirdest team in the EFL.

Amazingly, it took North End 17 matches to reach double figures for goals scored, which they did in a 4-2 loss away to arch-rivals Blackpool because of course…

By recording that remarkable string of shutouts, Preston – with summer signing Freddie Woodman between the sticks – became just the third-ever team in the top four divisions to start a season with seven straight clean sheets after Portsmouth in 1922 and Hereford United in 1984. They’ve kept only five since, though, and while they do boast the division’s joint best defensive record outside the top two in terms of goals conceded (26), the cracks are starting to show.

It’s practical to view Preston’s season in two halves. For starters, they lost only two of their first 13 games; they’ve lost seven out of 13 since. More tellingly, though, 20 of the 26 goals they’ve conceded have come in the most recent 13 matches – which rather emphasises how freakish their season-starting streak of seven clean sheets was. But we can do better than put those basic figures on the table: the xG data paints a much more vivid picture of North End’s campaign (spoiler alert: it hasn’t been as unusual as it’s looked).

Across their first 13 games, Preston conceded 15.1 xG at 1.16/game; across the most recent 13 games, they’ve given up only a slightly lower xG (14.2 at 1.09/game). But, as mentioned, they’ve gone from letting in six goals in 13 matches to 20 in 13; the latter total is much more normal, so to speak, and North End rank around average for xG conceded this season overall (29.3 at 1.12/game). That run of clean sheets was historic – but that might be as historic as their season gets. Ultimately, we’re looking a team who are defensively solid rather than any sort of spectacular.

While they are currently just two points outside the play-offs – which they’ve not made at this level since 2008-09 – this Preston side provide a prime example of eye-catching early-season outputs pretty soon proving to be unsustainable. Unless they can consistently score more goals (in only six of their 26 games have they found the net more than once; they’ve drawn a blank on 12 occasions), their campaign looks like petering out somewhat.

Even as the impact of parachute payments on competitive balance becomes all the more pronounced, each of the past two Championship seasons has seen a case of (near) success on a relative shoestring.

In 2020-21, Valérien Ismaël’s gegenpressing, long-ball-playing Barnsley finished fifth; last term, Nathan Jones’ less intense but similarly direct Luton Town finished sixth. Both lost in the play-off semi-finals, and Barnsley came rock-bottom the following season – but Luton are enjoying another fine campaign this time around, as are another club with one of the smallest budgets in the division: Millwall.

Promoted back to the second tier in 2019, Luton – after surviving on the final day of 2019-20 – have assuredly re-established themselves in the second tier, finishing 12th in 2020-21 then sixth last time around. Millwall – who have been back at in the second tier for two years longer – have fared even better: either side of their own flirtation with relegation in 2018-19, they finished eighth, then 11th in 2020-21 and ninth in 2021-22. Despite having two of the smallest budgets in the division, the Hatters and Lions are firmly in that tantalisingly tight play-off race.

And they’ve succeeded with broadly similar approaches. Two direct sides (Luton are the most direct in the league by a fair distance), both sit towards the stingier end of the scale defensively: Luton (now managed by Rob Edwards after Jones left for Southampton in November) have conceded the second lowest xG in the league (25.1 at 0.96/game) and Gary Rowett’s Millwall the ninth-lowest (27.1 at 1.04/game) and they’ve each let in 26 goals. At the other end, Millwall have posted 31.3 non-penalty xG and Luton 28.7 – and they rank first and third respectively for set-piece xG (Millwall 13.0, Luton 10.3).

But there is where one noteworthy difference lies: Millwall have impressively outperformed their set-piece xG, scoring a league-high 17 goals from dead-ball situations. Luton, on the other hand, have registered only six.In open play, the contrast is even more defined: the two have put up almost identical xG figures (Luton 18.4, Millwall 18.3), but here Luton have overperformed (24 open-play goals) and Millwall quite the opposite (12 open-play goals).

Crucially, though, both have outperformed their overall non-penalty xG – Millwall have scored 32 goals from 31.3 npxG, Luton an even more clinical 31 from 28.7 – helped in no small part by 10-goal summer signings. Luton centre-forward Carlton Morris (signed from Barnsley) has hit double figures from 6.3 xG; Millwall attacking midfielder Zian Flemming (signed from Eredivisie outfit Fortuna Sittard) has done likewise from 5.3 xG and neither player’s goal haul includes any penalties.

And right now, it looks like Rotherham – who currently lie one point above the relegation zone and have lost eight of their last 12, winning just once (in true bonkers Championship fashion, away to local rivals and promotion hopefuls Sheffield United) are heading once again on a familiar journey: from the Championship to League One.Following the departure of long-serving manager Paul Warne to Derby in September, the Millers continued their solid start to the campaign under the interim duo of club captain Richard Wood and Lee Peltier, but have lost nine out of 15 games under new permanent boss Matt Taylor.

Of course, with 27 points already on the board, it’s not time to panic yet – but there must be a certain feeling of inevitability setting in among Rotherham supporters, some of whom have turned on chairman Tony Stewart, accusing him of not putting his money where his mouth is. Back in 2018, Stewart stated that his aim was to take the Millers to the Premier League – but he and they are once again finding out just how unforgiving the Championship can be.

If Rotherham go down this season, they’ll equal an unwanted record: the most relegations in the top four tiers this century (six). Scunthorpe United (who are currently propping up the National League table) and Norwich City currently top that particular list. The Millers would also set an outright record for the most divisional movements combined this century with 13 (they’ve been promoted seven times since 2000 – five times from the fourth tier and twice from the third).