Just Like Old Times: Can the Brady-Evans Combo Save the Buccaneers' Season? | The Analyst 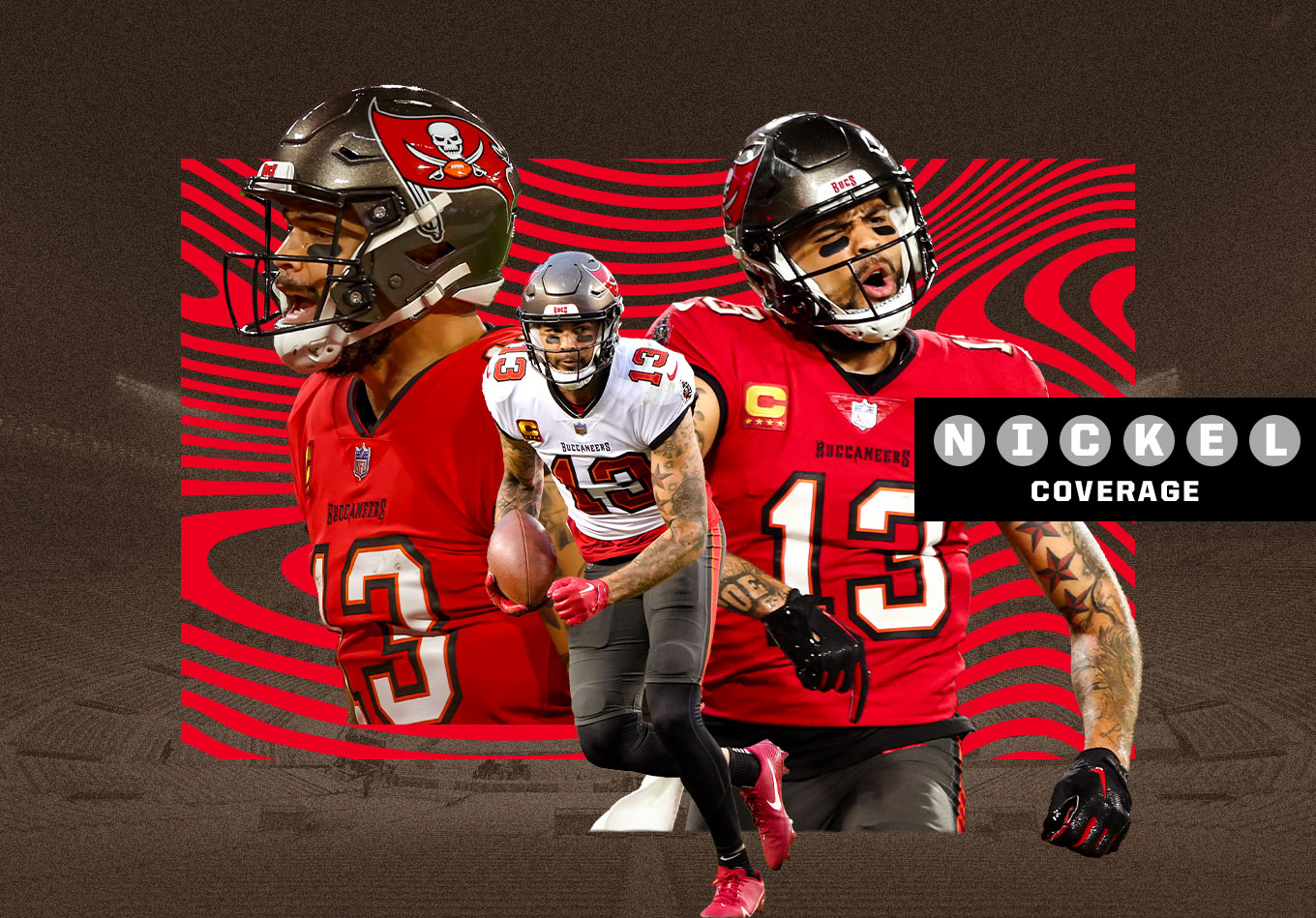 Just Like Old Times: Can the Brady-Evans Combo Save the Buccaneers’ Season?

The list of things that have not gone entirely to plan for the Tampa Bay Buccaneers is pretty extensive.

From offensive line injuries to an inconsistent pass rush and the questionable decision-making of head coach Todd Bowles in his first year in the job, the Buccaneers have had to deal with both misfortune and a host of self-inflicted problems.

Yet the most bemusing issue in what can at best be described as an up-and-down season for Tom Brady following his about-face on his initial offseason decision to retire has been his lack of a rapport with Mike Evans.

Sideline frustration between Brady and Evans has been a common theme for Tampa Bay in 2022, with the latter’s struggles seeing him go 11 games without a receiving touchdown.

That frustration was alleviated emphatically on Sunday as Evans exploded for three scores to help the Buccaneers overturn a 21-10 deficit against the Carolina Panthers and clinch the NFC South with a 30-24 victory at Raymond James Stadium.

Evans caught deep shots of 63, 57 and 30 yards from Brady as he destroyed an injury-hit Panthers secondary.

He created a burn, which is when a receiver wins his matchup on a play in which he’s targeted, on eight of his 12 targets in a performance that saw him rack up 207 receiving yards. Evans averaged 17.25 burn yards per target, trailing only Christian Watson and Davante Adams among wideouts with at least five targets in Week 17.

It was belated reward for a season in which Evans has excelled at getting open despite consistently appearing out of sync with Brady. Indeed, heading into Week 17, Evans led the NFL in combined open percentage (56.47) in matchups against man and zone coverage (minimum 100 matchups).

Evans surpassed 1,000 receiving yards for the season on his first deep touchdown reception. It is his ninth successive 1,000-yard campaign, tying Tim Brown for the second-longest such streak in NFL history. Only San Francisco 49ers legend Jerry Rice (11) can claim to have more consecutive four-figure receiving seasons.

Evans’ own record for the most successive 1,000-yard receiving seasons to start a career was also extended, but more important than his individual milestones is the confidence his effort could give both him and Brady as they prepare for the postseason.

The Buccaneers have had precious little to rely on offensively, except for their performance when going no-huddle and Brady’s ability to lead comebacks in the fourth quarter.

Brady has a career-high five game-winning drives this season and four fourth-quarter comebacks, a tally that is one shy of his career high in that respect.

But the rekindling of Brady’s connection with Evans gives Tampa Bay something to lean on, a route to explosive plays that will be all the more critical in the postseason.

A narrow win over the Panthers won’t do much to change perceptions that the Bucs are a team well short of being able to compete for a Super Bowl. However, Brady and Evans connecting consistently improves the odds of them at least doing damage in the playoffs, especially in a possible first-round matchup with a volatile and vulnerable Dallas Cowboys secondary.

It’s likely to be the final year of the Brady-Evans partnership in Tampa, one that has resulted in 32 touchdowns since the quarterback left the New England Patriots.

Though it remains a long shot that Brady’s expected swan song with the Bucs will result in a second title in three seasons, his farewell may be extended a few weeks longer than many anticipated if he and Evans can deliver a few more demonstrations of the rapport that had previously made this offense so devastating.