Cover 3: Win Probabilities and Key Matchups for the NFL’s Biggest Games in Week 17 | The Analyst 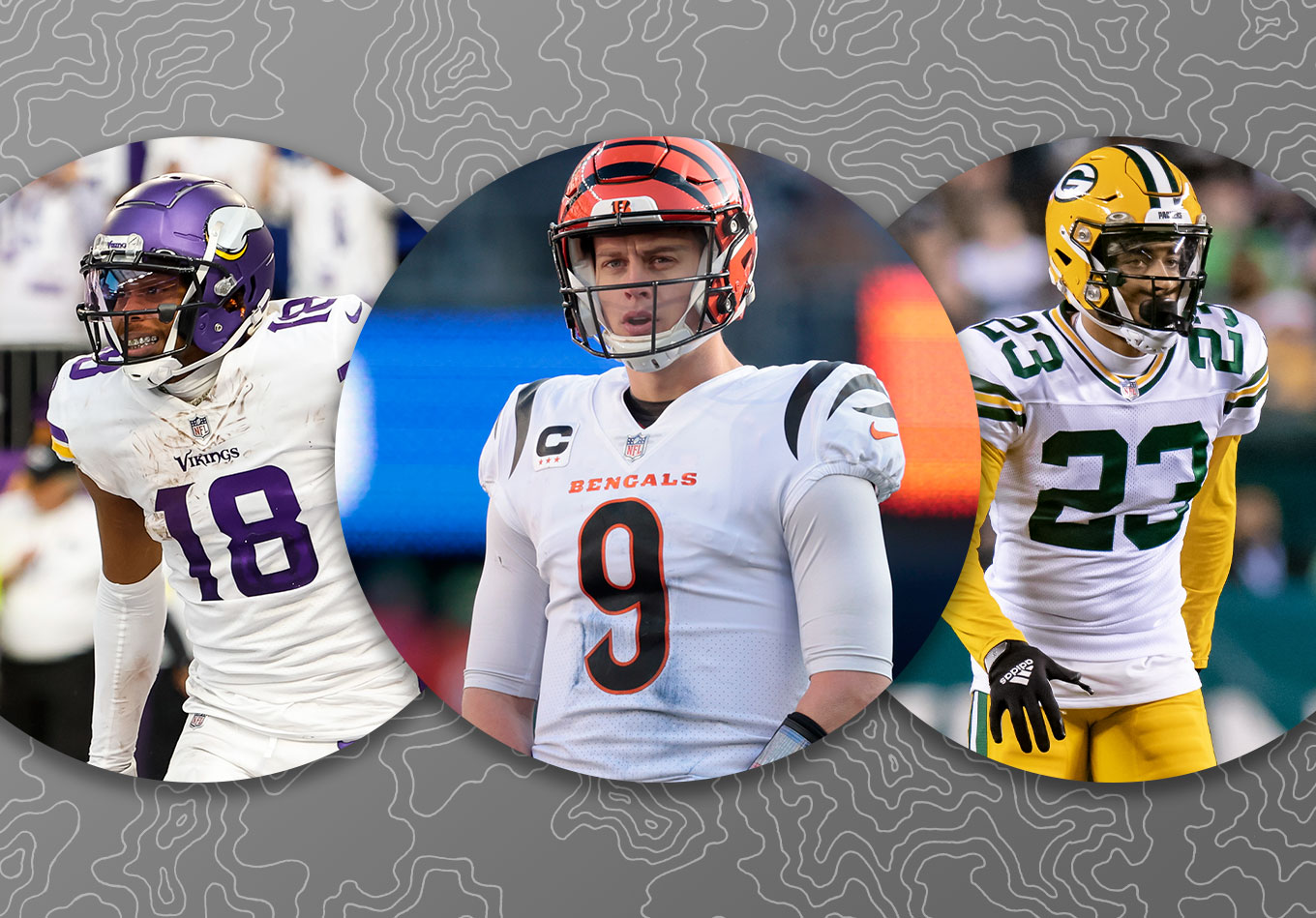 Cover 3: Win Probabilities and Key Matchups for the NFL’s Biggest Games in Week 17

The 2022 NFL season heads into its final two weeks with battles for the postseason and playoff seeding set to go right to the wire.

Nine teams have already clinched their place in the postseason, and there are seven teams with clinching scenarios in Week 17.

That should make for a fascinating slate of games in which the finer details that often prove decisive will be even more critical.

In a week where so many have so much to play for, we have picked out the biggest games of the week and used our advanced data to break down the key matchups that could settle their outcomes.

The Buccaneers know the task in front of them at Raymond James Stadium: win and, despite an extremely underwhelming season, they are in the playoffs as champions of the dismal NFC South. Lose and the Panthers will have the lead of the division with the tiebreaker over Tampa Bay heading into the final week of the regular season.

Carolina stunningly prevailed 21-3 over Tampa Bay in Week 7 and the key to that win will again likely determine whether the Panthers can complete the sweep.

The Panthers averaged 6.4 yards per rush in that victory and head into this game on the back of racking up 320 yards on the ground in a dominant win over the Detroit Lions.

While Carolina had success running the ball against Tampa Bay in the previous meeting, the Buccaneers remain one of the better teams in the NFL defending the ground game. Their run success rate allowed of 33.7% is tied for the fourth-best in the NFL. If the Bucs can take away the Carolina ground game and force Sam Darnold to win the game on his arm, Tampa Bay figures to be excellently positioned to claim victory and the fourth seed in the NFC playoffs.

Way back in Week 1, the Vikings cruised to a 23-7 win over the Packers that set the tone for hugely contrasting seasons. The Vikings have usurped the Packers as the dominant force in the NFC North, though each of their 11 wins since the season-opening defeat of Green Bay have been by one score. Though the Vikings’ ability to close out tight games has been extremely impressive, their inability to put teams away earlier gives them an air of vulnerability that Green Bay will look to exploit as the 7-8 Packers aim to keep their playoff hopes alive.

Still looking over their shoulders at the hottest team in football, the San Francisco 49ers, in the race for the second seed in the NFC, and within touching distance of the Philadelphia Eagles in the fight for the one seed, the Vikings have no shortage of motivation to make it two wins out of two against their biggest rivals this season. Their simplest route to claiming a comfortable win over the Packers is to feed the man who shredded Green Bay in the season opener. Justin Jefferson had nine catches for 184 yards and two touchdowns in that contest and has continued to strengthen his resume as arguably the best wide receiver in football in 2022.

No receiver in the NFL has more receptions of 20 or more yards than Jefferson’s 27 this season, and the Packers will be desperate to try to limit his impact at Lambeau Field. The debate in Week 1 surrounded whether the Packers should have had cornerback Jaire Alexander shadow Jefferson and he will surely look to match up with the Vikings star this time around.

While not performing at his All-Pro level of 2020, Alexander ranks 23rd among outside cornerbacks with at least 200 coverage snaps for burn rate, which measures how often a receiver wins his matchup with a defender on a play where he is targeted. Alexander has allowed receivers to win their matchup on 33 of his 72 targets for a burn rate of 45%. Jefferson will still think he can get the better of Alexander and, coming off a strong performance against the Miami Dolphins, the latter’s ability to contain one of the NFL’s premier offensive weapons may have a significant bearing on whether the Packers are playing postseason football in the second full week of January.

The Bengals and Bills square off in one of the most significant Monday Night Football games in recent memory with both teams firmly in the mix for the one seed in the AFC. Defeat for the Bills would likely give the Kansas City Chiefs, who face the Denver Broncos on Sunday, the top spot going into Week 18, but it would also see the Bengals leapfrog them and put Cincinnati in position to potentially host two home playoff games. The Bengals also hold the tiebreaker over the Chiefs but are one game back of Kansas City.

Even with a win in Buffalo, the Bengals would likely need help from the Las Vegas Raiders against the Chiefs in Week 18 to top the AFC. Their path to keeping those hopes alive with victory in Orchard Park surrounds the man who propelled Cincinnati to the Super Bowl last season, Joe Burrow.

Though the Bengals’ offensive line has improved this year, it still ranks 24th in pass block win rate. Buffalo’s defense, missing Von Miller following his season-ending knee injury, is fourth in pass rush win rate. It is a mismatch on paper, but one Burrow can negate with his ability to get the ball out quickly and accurately.

Only Tom Brady (2.35 seconds) has a quicker average time to throw from snap to release than Burrow (2.45 seconds) among quarterbacks with at least 200 pass attempts, and the Cincinnati quarterback has again been devastatingly accurate with his ball placement. He has delivered an accurate, well-thrown ball on 87.5% of attempts, the third-best ratio in the league (min. 200 throws).

Burrow is a quarterback who in his still young pro career has shone while under the biggest spotlights.

Both he and a Buffalo defense, which will be without the player recruited in the offseason to help put the Bills over the top, will hope to prove they are ready to deliver in the pressure cooker of the playoffs by producing a decisive performance in a game that will go a long way to deciding how complicated each team’s path becomes.