Will a Declining Defense Lead to a One-and-Done Postseason for the Cowboys? | The Analyst 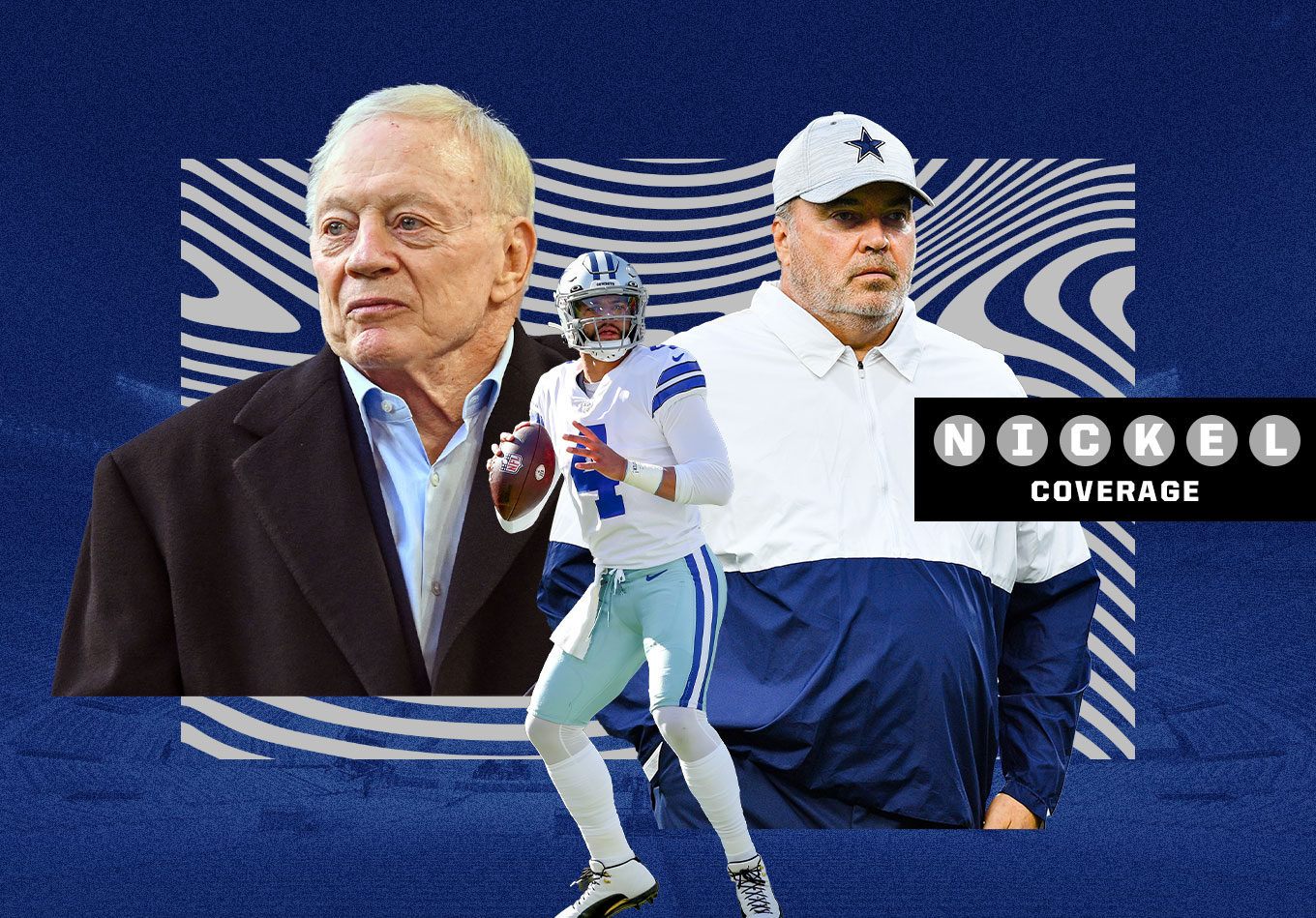 Will a Declining Defense Lead to a One-and-Done Postseason for the Cowboys?

For so much of the 2022 season, the stars seemed to be aligning for the Dallas Cowboys as they look to finally justify the hype that surrounds them before every NFL campaign.

The Cowboys survived an early season quarterback injury to Dak Prescott to start 4-1 with Cooper Rush under center and they’ve since consistently shown signs of being a team that has the ingredients to go all the way to the Super Bowl.

Prescott, following an unconvincing performance upon his return from injury in Week 7 against the Detroit Lions, has rediscovered the level of performance that has helped him ascend to the fringes of the NFL’s elite at the quarterback position. The loss of Amari Cooper in a trade with the Cleveland Browns has had a minimal negative impact on the offense, with CeeDee Lamb thriving as the undisputed No. 1 receiver and Ezekiel Elliott and Tony Pollard forming an explosive running back tandem.

Meanwhile, the defense has frequently shown its ability to derail opposing offenses through dominance up front and success in generating takeaways, in which Dallas leads the NFL with 26.

Yet their strength on that side of the ball is now worthy of being called into question following a four-game stretch in which the Cowboys went 3-1, but suffered a substantial drop off defensively.

Indeed, the Cowboys have allowed an average of 359.8 net yards per game since Week 12. Only nine teams have given up more in that span. Between Weeks 1-11, the Cowboys were the ninth-best defense in the NFL by the same measure.

The Cowboys were able to survive their defensive decline across Weeks 12-14, beating the New York Giants by a possession and blowing out the Indianapolis Colts with a fourth-quarter avalanche, before narrowly avoiding a humiliating loss to the Houston Texans in a game in which they gave up 23 points to the NFL’s second-worst offense by yards per play.

But their Week 15 meeting with the Jacksonville Jaguars arguably served as a harbinger of what could come in the postseason if Dan Quinn’s defense cannot get back on track.

Though their loss to the Jaguars was settled by a Prescott Pick 6 when Rayshawn Jenkins returned an overtime interception that clanked off the hands of Noah Brown, it was one born of the Cowboys’ inability to kill the Jaguars off after building a 27-10 lead in the third quarter.

Dallas gave up two 75-yard touchdown drives, sandwiched by a 39-yard drive, to surrender that advantage in just under nine minutes. The defense conceded eight explosive runs of at least 10 yards and 11 such passes, and was unable to preserve the lead Prescott restored with just over three minutes remaining with his second touchdown pass to Brown.

Of course, the Cowboys did get the ball back to Prescott with a forced fumble from Trevor Lawrence immediately after that score and you could argue that criticism of the offense for calling a shot play to Brown on third down on the subsequent drive that fell incomplete and gave Lawrence another shot with a minute left is merited.

The offense is rarely going to be perfect on every drive, but the frustrating thing for the Cowboys is that this was a defeat despite one of Prescott’s finest performances of the season.

Prescott delivered with a 90.0 well-thrown percentage on his 30 pass attempts, which was the sixth-best rate among quarterbacks with at least 10 attempts and the best for signal-callers with an average of at least 8.0 air yards per attempt.

Prescott averaged 8.3, with his impressive combination of aggressiveness and accuracy exemplified by his perfectly placed 20-yard touchdown throw to Peyton Hendershot on a wheel route to put the Cowboys up 14-0 in the second quarter.

In terms of turnovers, the defense did offer support by producing three and Prescott was not blameless in losing the 17-point lead. He threw a third-quarter interception to Jenkins that set Jacksonville up for a touchdown to trim the advantage to 27-24.

But the reality is the offense scored enough points to beat Jacksonville and instead of complementing that effort with a display that frustrated the Jags and an improving Jacksonville attack, the defense instead delivered volatility that should worry a team that will almost certainly have to go on the road as a wild card in the NFC playoffs.

Brown’s unreliability in the clutch could be seen as an error that justifies owner Jerry Jones’ continued apparent lobbying for the Cowboys to sign Odell Beckham Jr. for their playoff push.

Yet the Cowboys are not a wide receiver away from winning their conference, especially one whose status in his recovery from a torn ACL remains unknown. They are instead seemingly short the kind of defense that can propel them to glory against opponents (like the Philadelphia Eagles and San Francisco 49ers) who can stymie their offense in a playoff showdown.

With a postseason berth secured, there’s plenty of reason for hope in Dallas. But there could be trouble ahead if the Cowboys cannot halt a worrying defensive downturn.