A Star Among Superstars: What Makes Bogaerts the “X” Factor for the Padres | The Analyst 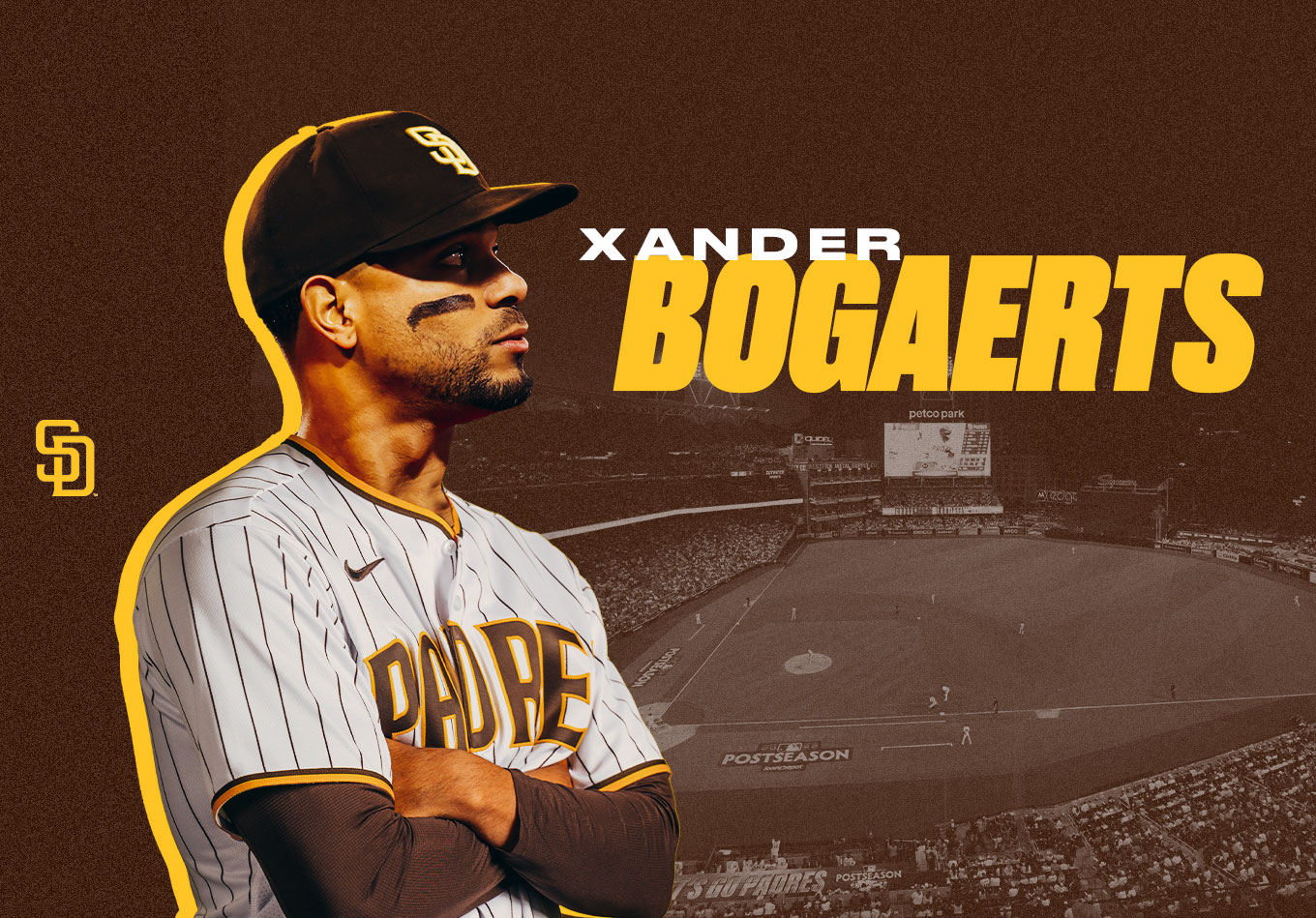 A Star Among Superstars: What Makes Bogaerts the “X” Factor for the Padres

However, their primary offseason priority, Xander Bogaerts, was still a work in progress. Talks were actually gaining some traction when the San Diego Padres swooped in late at night and secured the services of the free-agent shortstop on an 11-year, $280 million contract.

The Red Sox’s final offer wasn’t believed to be close to that number, so Bogaerts, a player they should have extended before the season (much like the New York Yankees with Aaron Judge, although that story had a happy ending for the Bombers), ended up leaving Boston and breaking an entire fan base’s heart.

Like many hitters, Bogaerts had his best numbers in 2019 when MLB used the “juiced” ball. That year, he hit a career-high 33 homers and he hasn’t surpassed 30 in any other campaign. His power, however, is not what makes him such a gifted batter.

Bogaerts’ pop is more “modest” than “consistent,” yet he is good for 15-25 home runs per season. He is, however, a threat to have a high batting average, hit a double, get on base, and steal a base at any given moment.

The 2022 Silver Slugger award winner is as reliable as they come: he hasn’t finished with an OPS lower than .833 in a season since 2017. Consistent, steady production coupled with good health made him one of the stalwarts of the Red Sox’s lineup.

He probably won’t take over a whole postseason series like fellow Padres Juan Soto, Fernando Tatis Jr. and Manny Machado can, but Bogaerts is the kind of player who will always impact a game.

Fielding-wise, Bogaerts had his first above-average season in terms of defensive WAR, believe it or not, with 1.1. But it’s what he does with the bat that really earned him $280 million.

More advanced metrics also say he is comfortably above the league average when it comes to offensive production.

Raw value (RV) allows us to evaluate performance on a per-pitch basis rather than just looking at the outcome of an at-bat. Every plate appearance is a roller-coaster ride, and if the hitter scores a “lucky” single on a blooper after hacking at everything thrown his way, we might get a misleading concept of his performance.

RV considers elements such as plate discipline, quality and quantity of contact, exit velocity, launch angle, and other things. Total RV is a cumulative stat, while RV+ (RV- for pitchers) is adjusted to 100 as a league-average value, much like wRC+. For batters, a higher RV+ means better performance.

Bogaerts’ 113 RV+ rates comfortably above the league average, and it ranked eighth among MLB shortstops and fourth among free-agent shortstops. That’s when you appreciate his greatness as a hitter: He just has competitive at-bats every time he goes to the plate.

It needs to be said, though, that in order to return to being a 20-homer hitter, he needs to lift the ball more consistently. In 2022 with the Red Sox, he had 1.64 grounders for every fly ball – his highest mark since 2017. He is more than capable of making adjustments and even if he doesn’t, he has a high offensive floor.

Discipline+ examines his ability to discern balls from strikes by assigning a value to every pitch based on velocity, movement, location, and count. For this metric, much like RV+, 100 is considered league-average performance and higher is better.

Bogaerts’ 107 discipline+ was not elite, but it speaks about his ability to make sound swing decisions. He doesn’t swing and miss often and has an above-average strikeout rate.

He’s also good at making contact, but needs to inflict more damage to regain his full potential. Contact+ measures how good a hitter is at making contact considering factors similar to those of discipline+, while BIP+ examines how much damage a better makes when he does make contact.

The newest Padre had a 101 contact+ and BIP+, both a hair above the league average. He did have a 131 BIP+ in 2021, though, so the potential is there for more damage on contact.

All things considered, the Padres are getting an extremely consistent performer with an excellent all-around game. Perhaps $280 million seems like a high price tag, but it’s what the Friars needed to pay to pry him away from the Red Sox.

Bogaerts will slot in nicely near the top of the Padres lineup with Soto, Tatis, Machado and Jake Cronenworth. And a good addition to a club that ranked 16th in MLB in offensive RV last season.

San Diego has shown a willingness to spend in free agency if necessary and creativity at the time of putting together trade packages.

The Padres finished a distant second in the NL West standings this year, but showed in the playoffs that their roster has what it takes to dominate tough opposition (i.e., the New York Mets and the Los Angeles Dodgers) in a short series.

Having Bogaerts on board will only help in their quest for the World Series.