NDSU Bison in Rare Underdog Role Against SDSU | The Analyst 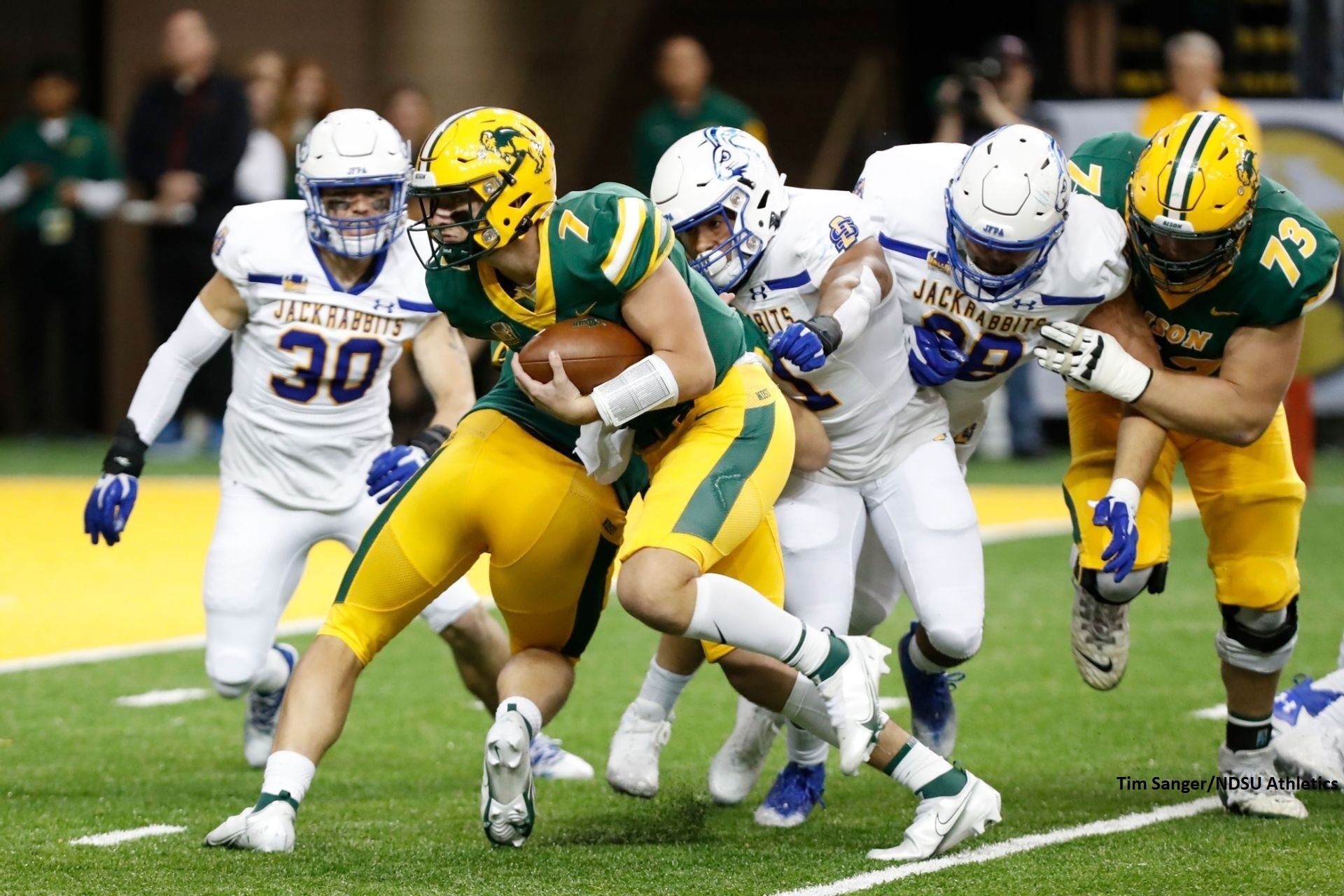 What’s particularly different is a role rarely bestowed on NDSU during its FCS dynasty – underdog.

SDSU (13-1), the No. 1-ranked and top-seeded playoff team that edged NDSU (12-2) during a Missouri Valley Football Conference regular-season game, and, perhaps more important, holding a healthier lineup, is roughly a four-point favorite among the sports books. It’s believed the last time the Bison entered a game as an underdog was in 2016, before they upset Iowa.

“I mean, it kind of looks that way,” senior defensive end Spencer Waege said on Wednesday during a virtual NCAA news conference. “We weren’t one of the top (two) seeds this year and losing to SDSU earlier in the season, we almost have to be the underdogs in this one.

Said senior left tackle and fellow first-team All-American Cody Mauch: “It sure seems like that’s what it’s getting written up to be. I think any time we’re down there (Frisco), we have a pretty good process of the way we go about things. I don’t know if I’d say we’re an underdog or a favorite, (but) for sure, obviously I like our chances. Whatever people would consider us, I feel good with our game plan and how we’re going to go about it.”

NDSU beat Iowa 23-21 in the 2016 matchup, and that’s also the score of its loss to SDSU on Oct. 15 inside the Fargodome. As the No. 3-seeded Bison seek to defend last year’s FCS championship and extend their FCS-record haul of nine titles since 2011, the Jackrabbits will try to emerge on top in their second championship game appearance, having lost the spring 2021 final to Sam Houston by – you guessed it – a 23-21 margin.

The all-MVFC matchup is just the second between two teams from the same conference in the 45-year history of the FCS championship game. However, NDSU and Illinois State didn’t face off in the regular season before the Bison’s 29-27 win to conclude the 2014 season.

The 2002 championship game featured the only previous pairing that was a rematch from the regular season. Western Kentucky, which then was a member of the Gateway Conference that later became the MVFC, lost 38-13 at McNeese during the regular season before the Hilltoppers came back to win 34-14 in the title game in Chattanooga, Tennessee.

The NDSU and SDSU campuses are separated by less than a three hour’s drive, and their rivalry that dates to 1903 will be contested for the 114th time in Frisco, moving it into a tie for the 11th-most-played among current FCS series. They’ve met for the Dakota Marker trophy in the regular season since both programs moved from Division II to I in 2004. SDSU enters with a three-game winning streak, but finally is considered the favorite in the fourth meeting over a 21-month span.

“We know that they’re going to be an experienced team and they’ve done it before, they know the formula to win a championship down there,” SDSU sophomore quarterback Mark Gronowski said. “We got a taste two years ago of playing in this game, and haven’t been able to finish it. We’ve got all the experience in the world just playing in football games, playing against the Bison these past couple years.

“They’ve been a successful team down there, but we’re not afraid of them and we’re not going to shy away from anything while we’re down there.”