Kings of KC: Have the Bengals Begun a Second Straight Super Bowl Run? | The Analyst 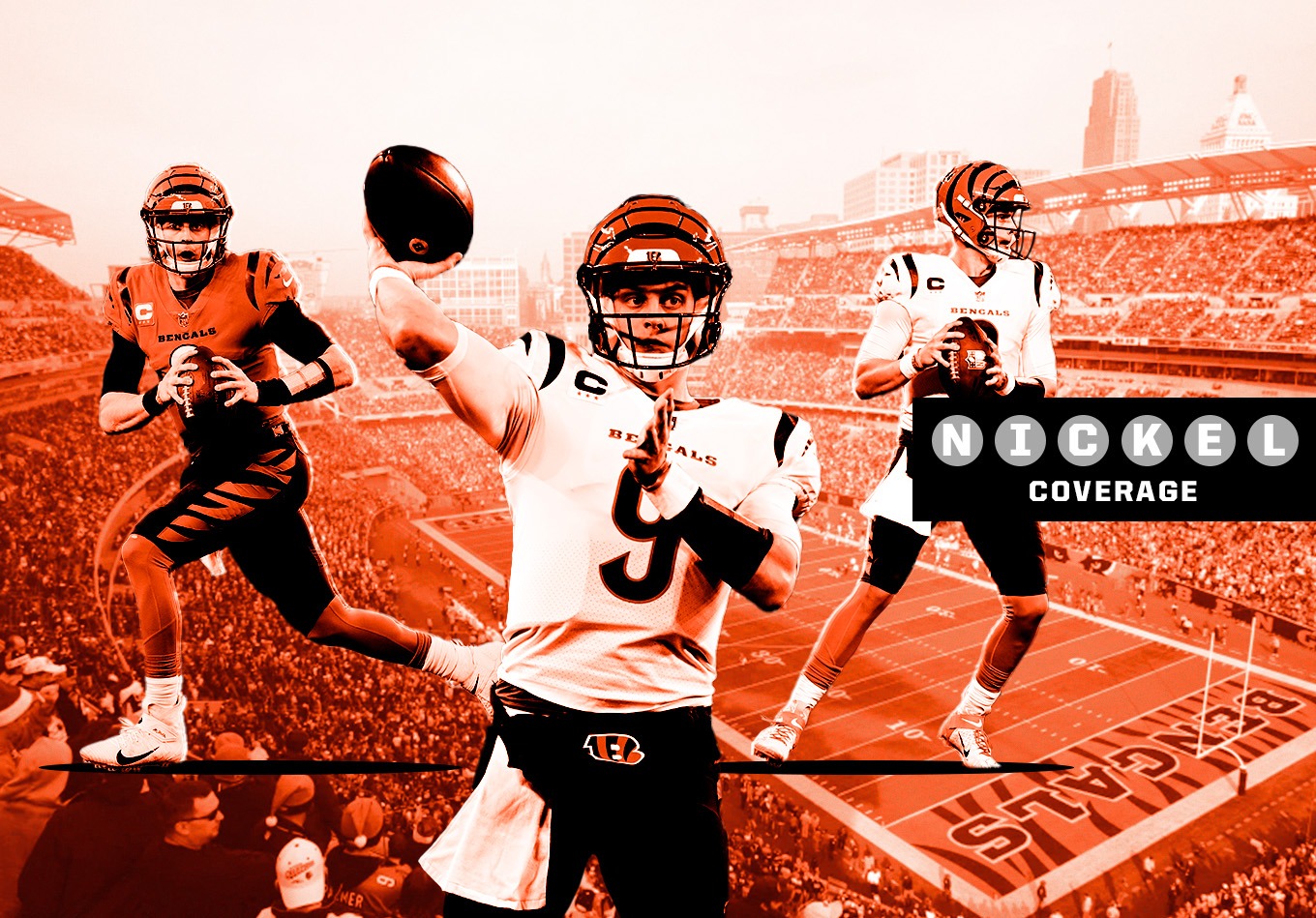 Prior to Joe Burrow’s arrival in 2020, the Cincinnati Bengals were an NFL punchline.

But in the third season of what looks set to be a storied NFL career, Burrow’s helped the Bengals turn one of the most fearsome teams in the league into their own personal punching bag.

Ok, that may be going a little far.

However, after a thrilling 27-24 win in Week 13, it’s clear Cincinnati is the dominant team in its rivalry with the Kansas City Chiefs, who they have now defeated on three straight occasions – including a remarkable AFC championship game victory last season.

That dream run to the Super Bowl was one that looked difficult to replicate, especially after the Bengals opened the season with losses to the Pittsburgh Steelers and Dallas Cowboys.

But the concern from that early disappointment has long since dissipated, with Burrow authoring an increasingly impressive follow-up to his outstanding 2021 campaign.

Burrow and the Bengals enjoyed perhaps the biggest highlight of the 2022 season by once again outdueling Patrick Mahomes and the Chiefs in an undulating thrill ride in Cincinnati. The former No. 1 overall pick shined while exhibiting the accuracy that defined the team’s unexpected 2021 ascension.

He delivered an accurate, well-thrown ball on 87.1% of his pass attempts (fifth in the NFL in Week 13), didn’t throw a single pickable pass and completed 25 of his 31 passes for 286 yards and two touchdowns. Burrow also opened the scoring with a rushing touchdown.

While the final stat line in terms of yardage may not be eye-popping, Burrow averaged 9.23 yards per attempt as his precision as a passer ensured the Bengals maintained the offensive efficiency that is critical to beat the Chiefs.

And yet, even in a game where Burrow was deadly accurate, the Bengals averaged 8.7 yards per pass play and Ja’Marr Chase had 97 yards on seven catches on his return from injury, it could be argued the Bengals did not fire on all cylinders.

Though they moved the ball well, the Bengals went 3 of 7 in the red zone, with Tyler Boyd committing a crucial drop on a would-be touchdown on third down in the third quarter, and Burrow regularly had to make plays with his legs when pass protection that has improved this season broke down.

Normally such missed opportunities as the Bengals had inside the 20-yard line would be fatal against the Chiefs and the most feared quarterback of his generation, but since Burrow returned from the knee injury that prematurely ended his rookie year to reassume command of the offense in 2021, he and Cincinnati have become experts in finding a way to prevail against any caliber of opposition.

On this occasion versus the Chiefs, the key was finding balance in order to navigate a path to victory over the team that entered Week 13 as the AFC’s No. 1 seed.

Cincinnati’s passing game was complemented by a ground attack that took advantage of Kansas City’s vulnerability defending the run.

Backup running back Samaje Perine averaged 5.0 yards per carry, with the efforts of the offensive line aiding him in putting up 3.29 yards before contact per rush – the sixth most among backs with at least 10 carries in Week 13.

More critical, though, was the fourth-quarter defiance of the defense, which came up with two crucial stops when the Bengals needed them most despite struggling to get Mahomes off the field.

Germaine Pratt forced and recovered a fumble from Travis Kelce on a 19-yard reception to set up a go-ahead touchdown for the Bengals, on which Burrow found a wide-open Chris Evans after Boyd redeemed himself with a key third-down catch. Joseph Ossai, who missed all of his rookie year due to injury, then showcased his pass-rushing prowess and motor to bring down Mahomes for a sack on third-and-short, ending the Chiefs’ subsequent drive and forcing a long game-tying field goal attempt that Harrison Butker pushed wide right.

Since Week 6 when the Bengals set off a run of six wins in their last seven games, Burrow leads the NFL in completion percentage (72.3) and passing touchdowns (16). He’s also third in yards per attempt (8.55), showcasing the kind of form that lifted the Bengals to the Super Bowl last season.

While he was both devastatingly accurate and efficient in Sunday’s engrossing victory, it was a Bengals performance that further demonstrated they do not necessarily need Burrow to carry the entire burden of their hopes on his shoulders.

Against Kansas City, the Bengals used a balanced offensive approach to win the time of possession battle. They limited the Chiefs’ opportunities by holding the ball for over four minutes more than their high-powered opponents and delivered defensive stops in the crucial moments.

There is enough talent on the roster that Burrow doesn’t have to do everything, but approaching the end of his third season as a pro, the overwhelming evidence is that he can.

This latest win over the Chiefs does indeed represent the zenith of 2022 for Burrow and the Bengals to this point. The exciting thing for Cincinnati, though, is that for as much as he impressed, it was not Burrow’s best performance of the season.

The ceiling for the offense is higher than what the Bengals produced in Week 13, and the fact they weren’t required to reach it to knock off Kansas City once more should offer substantial encouragement to the reigning AFC champions – and terrify the rest of the conference looking to stop them.