Ranking the Finalists: The NFL MVP Race Is Down to Four Quarterbacks | The Analyst 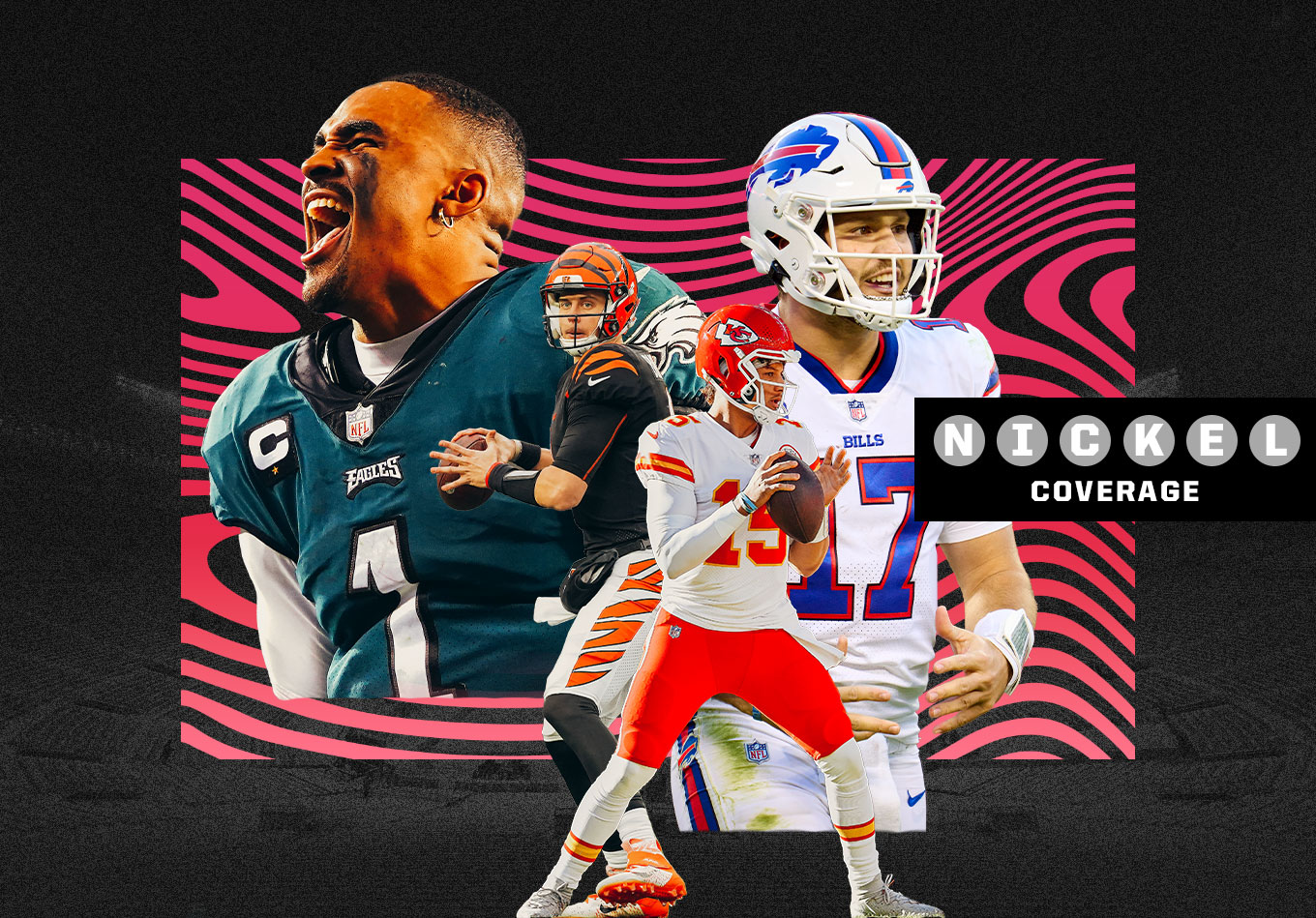 Ranking the Finalists: The NFL MVP Race Is Down to Four Quarterbacks

There are four weeks remaining of the 2022 NFL season, meaning we are in the home stretch not only in the race for the playoffs, but also in the battle for the MVP.

In Week 14, the race appeared to settle into one between four quarterbacks. Other positions are worthy of recognition, but since running back Adrian Peterson’s win in 2012 the MVP has been solely a quarterback award. And there’s a quartet that has separated itself from the rest.

With Tyreek Hill now as his top target, Tua Tagovailoa of the Miami Dolphins had received some hype as a potential NFL MVP Award winner. But his successive disappointing displays against the San Francisco 49ers and Los Angeles Chargers have likely removed him from the equation.

This has become a fight between the quarterback piloting the best team in the NFC and three signal-callers hoping to lead their respective rosters to the top seed in the AFC.

Right now, it is the former who stands as the favorite because of a near-perfect resume.

The competition with more established NFL stars has been fierce, but after recent dazzling performances against the Tennessee Titans and New York Giants, it is difficult to dispute Hurts as the MVP frontrunner.

A week after brushing past the Titans, the Eagles swatted the Giants aside at the Meadowlands with another display of effortless dominance powered by Hurts’ ability to hit the deep ball and his influence on an ultra-diverse run game.

Hurts connected with DeVonta Smith and A.J. Brown for touchdowns of 41 and 33 yards and rushed for 77 yards and a touchdown on seven carries. His 13 TDs on long shots of at least 20 yards are the most in the NFL, while he’s sixth in the league with 10 rushing scores.

Newton won the MVP in 2015 by posting such numbers for a 15-1 Carolina Panthers team that went on to reach the Super Bowl. The Eagles are 12-1 thanks to Hurts’ growth as a thrower. His well-thrown rate of 82.7% is a substantial improvement on his mark of 77.1% in 2021 and he’s fifth in QB EVE (Efficiency Versus Expected) in expected passing situations.

If the Eagles go ahead and finish with the best record in the NFL, there are unlikely to be many convincing counterarguments against Hurts as the MVP.

A three-interception performance by Mahomes against the Denver Broncos may have helped tilt the MVP race in favor of Hurts, but the 2018 MVP is still performing at a level to be worthy of regaining the award.

Mahomes has 60 completions of at least 20 yards this season. No other quarterback has even reached 50, with Joe Burrow his nearest challenger at 46.

He ranks eighth among quarterbacks with a minimum of 200 attempts with a well-thrown rate of 83.5% and has been extremely accurate when going deep.

Mahomes’ 50.0 completion percentage on pass attempts of at least 21 air yards is fourth among QBs with at least 10 such throws. On top of his downfield explosiveness, Mahomes has done an excellent job of creating yardage for himself on the ground. His 7.44 yards per carry on scrambles is bettered by only Justin Fields (7.98) and P.J. Walker (8.67).

Recent issues with turnovers and the fact that the Chiefs lost to Josh Allen’s Buffalo Bills and Joe Burrow’s Cincinnati Bengals may have dented his case, but in the truest test of a quarterback – passing when the defense knows it is coming – Mahomes is the best in the NFL.

He’s averaging 2.3 yards over the expected amount in expected passing situations – a half-yard more than his nearest challenger (Allen at 1.8).

With four games to go, Mahomes has built the foundations of an MVP resume and still has the chance to earn the prize for a second time if he can lift Kansas City to the one seed.

Allen’s resume in terms of achievements is pretty sparkling. If the season ended today, the Bills would be the top seed in the AFC and he delivered the tiebreaking win over the Chiefs with a tremendous fourth-quarter performance at Arrowhead.

Allen’s deep ball has been extremely impressive this season. No quarterback in the NFL has accounted for more yards on throws of at least 21 air yards than his 833.

The Bills star is also on the right side of the ledger in terms of accuracy, delivering a well-thrown ball on 82.0% of his passes (the league average – minimum 50 attempts – is 81.4), and he trails only Mahomes in EVE.

However, like Mahomes, Allen has 11 interceptions this season and has a pickable pass rate of 4.89% which is nearly a full point above the average of 4.09%.

His carelessness with the ball has contributed to key defeats to the likes of the New York Jets and Kirk Cousins’ Minnesota Vikings, costing the Bills wins that would have given them clear separation atop the AFC.

Allen is clearly one of the league’s premier quarterbacks and will be for many years to come, but the consistency has not been there for him to be considered the MVP at this point.

After a slow start, the man who spearheaded the Bengals’ improbable charge to an AFC title is once again performing at a level that lifted Cincinnati to the ranks of the elite.

Even in a hard-fought Week 14 win over the Cleveland Browns in which an offense that has been one of the most productive in the NFL since Week 6 did not fire on all cylinders, Burrow’s deadly precision was a difference-maker, most notably on a pinpoint 15-yard touchdown throw to the post to Ja’Marr Chase that opened the scoring.

He delivered an accurate, well-thrown ball on 87.5% of his passes against the Browns. For the season, Burrow’s well-thrown rate of 85.9% is fifth among passers with at least 200 attempts. His pickable pass rate of just 1.52% is the NFL’s best.

Burrow is outperforming Hurts, Mahomes and Allen when it comes to delivering accurately and taking care of the ball. And he owns a signature win over Mahomes in Week 13.

A knock on Burrow is his performance in EVE, in which he ranks 13th among quarterbacks with at least 100 attempts in expected passing situations. Yet, with Chase back in the fold and Burrow once again displaying unerring ball placement, his EVE of 0.24 seems certain to rise over the final weeks of the season.

If it does and the Bengals go on to take the AFC North crown from the Baltimore Ravens, Burrow will have an excellent case for the MVP, one that will be even stronger if 9-4 Cincinnati manages to catch Kansas City and Buffalo in the race for the one seed.