Cover 3: Win Probabilities and Key Matchups for the NFL’s Biggest Games in Week 16 | The Analyst 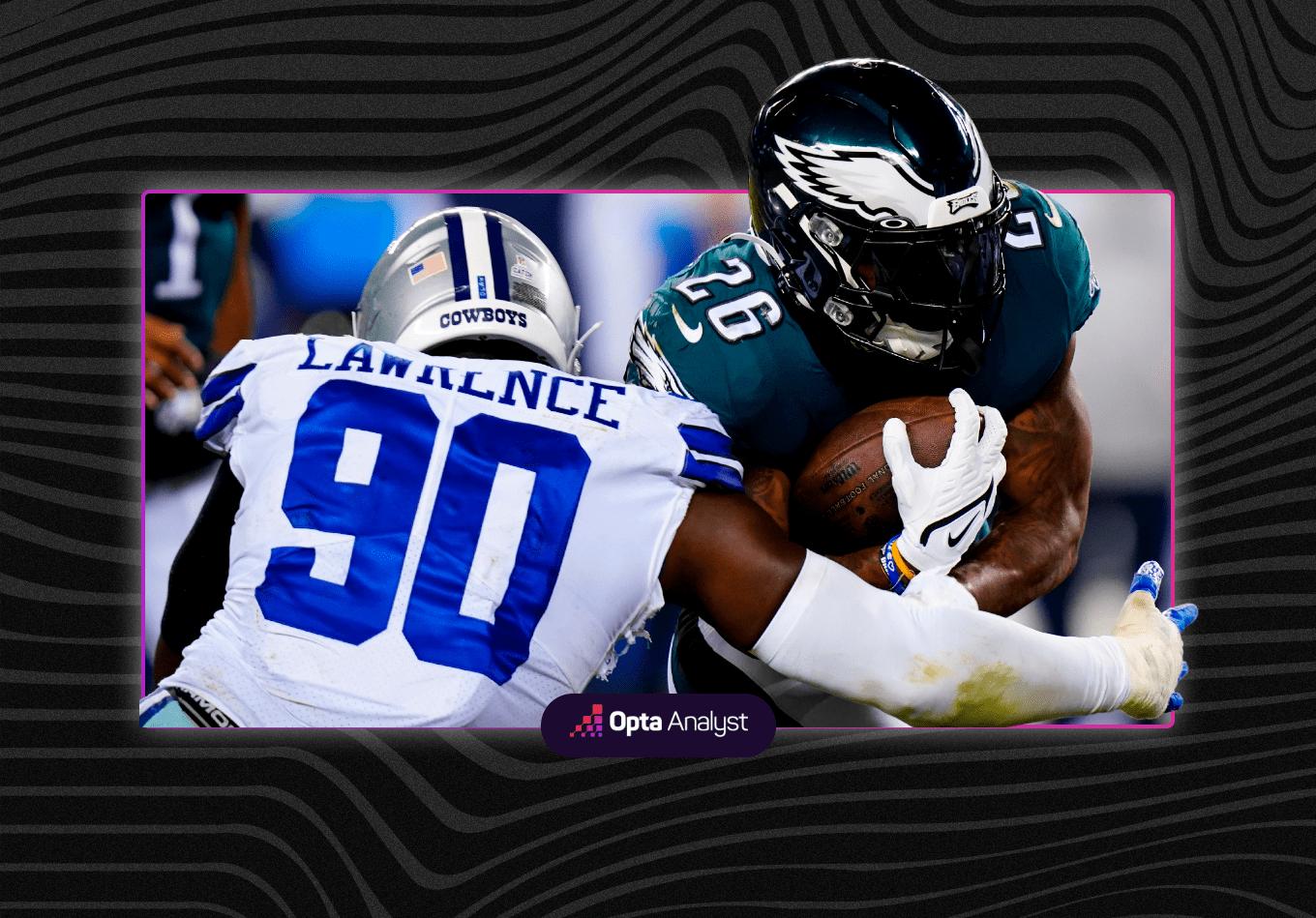 Cover 3: Win Probabilities and Key Matchups for the NFL’s Biggest Games in Week 16

We are firmly in the business end of the 2022 NFL season.

Seven teams have already clinched their place in the postseason and seven more will join them in the final three weeks of the campaign.

This is the time of year when room for error is diminished in games that have a huge bearing on how the final playoff field shakes out.

As such, there may be no festive feelings for those teams that come up short in such encounters during this weekend’s Christmas schedule.

So often, though, these contests are decided by the game within the game, and we’re taking a look at three of the most important Week 16 clashes and the personnel matchups that could decide them.

The Patriots’ hopes of claiming a wild-card berth took a massive blow in bizarre circumstances last week as Jakobi Meyers’ inexplicable last-second lateral landed in the grateful arms of Las Vegas Raiders pass rusher Chandler Jones, who stiff-armed Mac Jones into the turf and raced into the end zone to deny New England a chance of an overtime win.

At 7-7, they’re still just a game behind the Miami Dolphins and must climb off the mat against one of the hottest teams in football. The 10-4 Bengals have a one-game edge over the Baltimore Ravens in the race for the AFC North title, yet there is a matchup the Patriots can look to exploit in this one.

While Cincinnati’s offensive line has improved in terms of preventing pressure on Joe Burrow, it remains in the bottom half of the NFL in pass block win rate (24th).

In Judon and Uche, the Patriots possess a pair of pass rushers who can cause the Cincinnati line huge problems. Judon is second in the NFL in sacks (14.5), behind only Nick Bosa of the San Francisco 49ers. Uche has 10.5 and all of those have come over his last seven games.

Both Judon (40.08%) and Uche (42.38%) possess pass rush win rates way above the league average for edge players (28.74%) and if they’re at their best, they could help eradicate the advantage the Bengals have at quarterback and tilt the game in New England’s favor.

Like the Patriots, the Seahawks’ prospects of reaching the postseason are in significant jeopardy. Their hopes of winning the NFC West are gone after the 49ers clinched the division title by completing their first sweep of the Seahawks since 2011 in Week 15.

That leaves Seattle fighting for a wild-card spot, and the odds are very much against them against a Chiefs team that is battling for the AFC’s one seed with the Buffalo Bills.

Part of the reason why the Seahawks are still in the mix is the play of their young but talented secondary, which ranks 13th in the NFL in pass coverage win rate.

The Chiefs’ pass catchers are 13th in terms of winning their coverage matchups in 2022 as the loss of Tyreek Hill has undoubtedly had an impact. Yet with 82.1% of Patrick Mahomes’ throws this season going to an open target, Chiefs head coach Andy Reid continues to excel at scheming receivers into space.

For the Seahawks to have any hope of pulling off a sizable upset, their secondary must limit Kansas City’s opportunities.

This NFC East matchup may have lost some of its luster with the Eagles needing a meltdown to surrender the division title to the Cowboys and Jalen Hurts out because of a shoulder injury.

But that should not take away from the true heavyweight fight this game provides in the trenches.

Micah Parsons may be losing ground in the NFL Defensive Player of the Year race, but he remains the headline act for a defense that leads the league in pass rush win rate.

That would normally give the Cowboys a clear edge in a matchup with every offensive line, but not with this one. Philadelphia’s line leads the league in pass block win rate, with the Eagles allowing a pressure rate of 32.9% which ranks fourth in the NFL.

The Eagles maintaining their strength up front against Parsons and Co. will obviously be critical as they seek to overcome the absence of Hurts.

There is no substitute for the value Hurts brings in the run game, but the Cowboys defense has shown enough vulnerability to suggest backup quarterback Gardner Minshew can have success against Dallas.

That’s provided the offensive line wins the battle up front and allows the Eagles to stay on schedule.