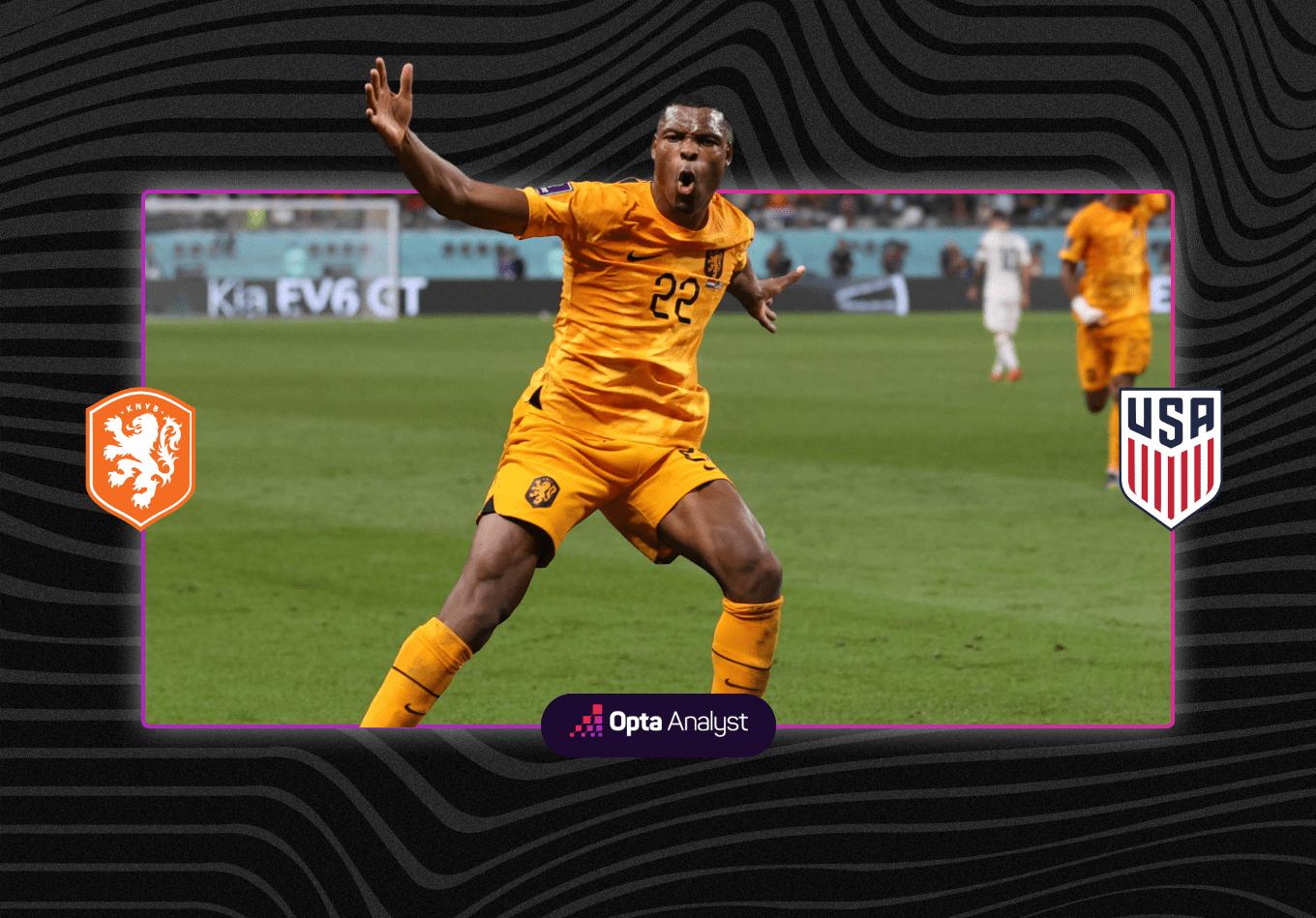 It was a match of two teams that missed the 2018 World Cup, and the one that tends to make the most of their World Cup appearances with deeper runs showed just how effective they can be in knockout-stage football. Particularly so without a defender on them in dangerous spots of the pitch.

The Netherlands are the first team through to the quarter-finals and ran their unbeaten streak in World Cup matches to 11 with Saturday’s 3-1 win over the United States. In all, the Dutch haven’t lost in their last 19 matches in all competitions and haven’t dropped a World Cup match since losing the 2010 final in extra time, while the U.S. exit at a familiar stage and failed to reach a second quarter-final in the 16-team knockout era.

The first chance of the match went to the U.S. and came in the third minute, arriving from Tyler Adams and is one Christian Pulisic would like to have again. It initially seemed he was offside, but he was kept on across the pitch and wasn’t able to get a left-footed shot by Dutch keeper Andries Noppert. The regret of the miss was reaffirmed seven minutes later.

In the 10th minute, Memphis Depay was on the end of the first goal that built quickly from the midfield after an extended sequence with Cody Gakpo finding Denzel Dumfries on the right followed by a quick ball to the top of the box and the one-time finish. It ended a sequence of 20 passes – the most on record for a Dutch goal at the World Cup – and it started with Daley Blind tackling Weston McKennie in the U.S. half with the ball launched back to Virgil van Dijk, who recovered the ball in his own half:

It was the first of three punishing instances in which the Dutch goalscorer had far too much space, and it happened in an area of the pitch that until that point Tyler Adams had locked down for the U.S.

For the Dutch, it was familiar territory. They had a lead in a tournament they were yet to trail in. And they’d avoided defeat in their last 22 matches when scoring the opening goal in the World Cup dating back to June 1978. For the U.S., it wasn’t. They hadn’t trailed in the tournament either, and after the goal, the Netherlands started forcing the U.S. into some poor possession, and it resulted in the Dutch breaking into space.

And what had been promising midfield play through the group stage for the U.S. was struggling against a Dutch side content with making the U.S. work through tight spaces. The Americans got here through narrow margins in which their midfield play was strong enough to get through the group stages. After their final group match, their passing accuracy ending in the final third (75.1%) was fifth highest at the tournament behind Spain, Portugal, France and Brazil. Against the Dutch, that dipped to 67.2.

Daggers rarely come out in the first half, especially at a tournament well known for slow burns, but it came with the Netherlands’ second goal just before the interval with Dumfries finding Blind streaking into the box for another first-time finish. This time for the U.S., it was Sergiño Dest trailing his mark. The assists were the first two chances created at the tournament by Dumfries.

The last time the U.S. came back from a two-goal deficit to win a match was in 2015 against the Dutch – a 4-3 final in a friendly – and the hope of that was sparked in the 76th minute with one of the weirder touches resulting in a goal you’ll see off the foot of Haji Wright on an assist from Pulisic.

But any hope of that was gone by the 81st minute when Blind returned the favour to Dumfries, who was completely ignored by the U.S. defence at the back post for a first-time finish.

With a goal and two assists, Dumfries is one of three players to be directly involved in three or more goals in a single World Cup match for the Netherlands after Rob Rensenbrink (twice in 1978) and Johan Cruijff (in 1974). Blind ended the match with a goal, an assist and a match-leading seven tackles and nine duels won.

At 32 years, 269 days, Blind was the oldest Dutch player and showed the kids in white how it’s done. They U.S. waited eight years for this tournament and overperformed in many eyes after an underwhelming lead up to the tournament. Their starting XI against the Netherlands was the youngest (25 years, 84 days) in a World Cup knockout match since Slovakia (24-349) vs. the Netherlands in 2010, and their average for the tournament gives promise for their 2026 hosting duties:

That 2010 Dutch team was their last to lose a match at a World Cup, but it wasn’t the last to be eliminated. That would be the 2014 team that took on Argentina in a semi-final that went to penalties with Louis van Gaal in charge. After the win over the United States, Van Gaal has eight wins and three draws in his 11 World Cup matches, the outright most for a manager without ever losing in the competition. Only Felipe Scolari (12) has had a longer unbeaten start as a manager in World Cup history. And if Argentina beat Australia later today, Van Gaal’s shot at matching that will also be a chance at retribution.