Netherlands 2-2 Argentina: The Battle of Lusail 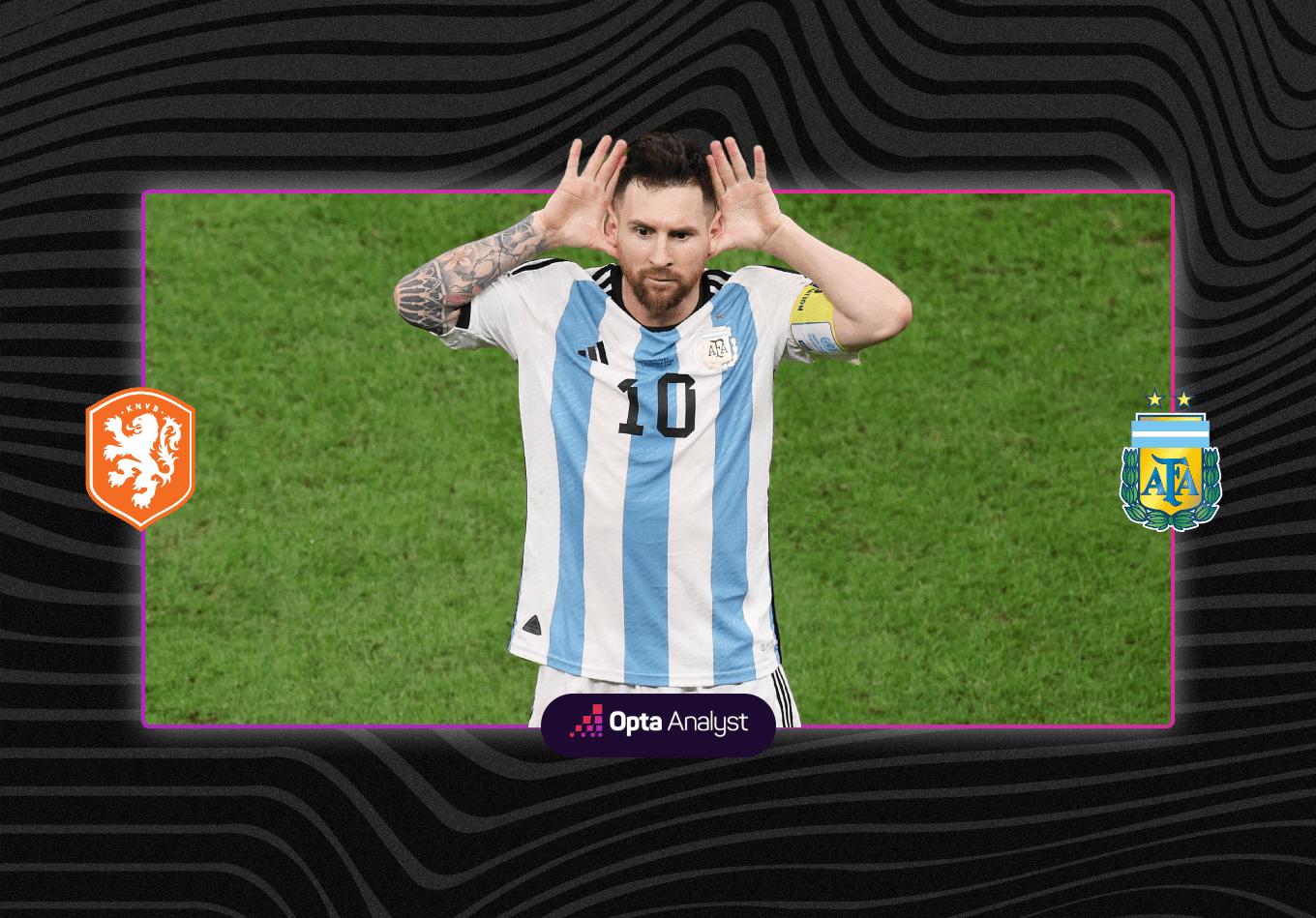 Netherlands 2-2 Argentina: The Battle of Lusail

There’s little doubt that this will be one of the greatest games at this World Cup. Resembling a boxing match at times – and not just because of the record 15 cards dished out to players – the momentum of this game swung dramatically following Louis van Gaal’s decision to bring on his giants at 2-0 down.

Before Wout Weghorst’s goal in the 83rd minute, the Dutch hadn’t even attempted a shot on target in this tie and had to resort to direct football aimed at the land of the giants in the opposition box. Van Gaal’s introduction of 6-foot-2 Luuk de Jong and 6-foot-6 Weghorst turned out to be a stroke of genius, with Argentina unable to handle the constant aerial bombardment in their defensive third. But in the end, direct football and giants don’t really help you win penalty shootouts.

It was only 17 days ago that Argentina found themselves on the wrong end of one of the biggest shocks in World Cup history as they lost to Saudi Arabia 2-1. In the very same stadium – the Lusail Iconic, the Argentines reached the semi-finals with this victory against the Netherlands. But they were a penalty shootout loss away from another dramatic, shock defeat in the circumstances.

In the end, this shootout win means we at least get to see more of Lionel Messi at this World Cup. Messi, who has now been involved in six goals at this tournament (four goals, two assists), is also the leading player at the 2022 edition for chances created, both overall (16) and from open play (13).

Despite his exceptional assist for Nahuel Molina’s opening goal and the penalty to seemingly seal the win, Messi was far quieter than in previous games in these finals, but that’s what makes him so dangerous – even when he’s seemingly shackled by an opponent, he’s able to turn the game on its head with a single act of brilliance.

His second-half goal took him to 10 in World Cup finals to draw level with the great Gabriel Batistuta for the most by an Argentine player – albeit in twice as many games (24 vs. 12).

The 2022 World Cup had already seen the Netherlands defeat the reigning AFC Asian Cup champions, the reigning CONCACAF Gold Cup winners and the AFCON winners from earlier this year, but they were unable to add reigning Copa América champions Argentina to this list of victims.

At 71 years old, it feels that Van Gaal may have just taken charge of his final game as Netherlands coach – but this was a game that he turned in the favour of the Netherlands with his substitutions and he would go out on a high. Penalties can be considered a lottery, and this time Van Gaal didn’t have the winning ticket.

Following Croatia’s shock win against Brazil earlier today, they will face Argentina in the semi-finals next week for a place in the 2022 World Cup final on 18 December. Messi’s won pretty much everything in football apart from the World Cup. He’s potentially only 180 minutes of football away from completing it all.