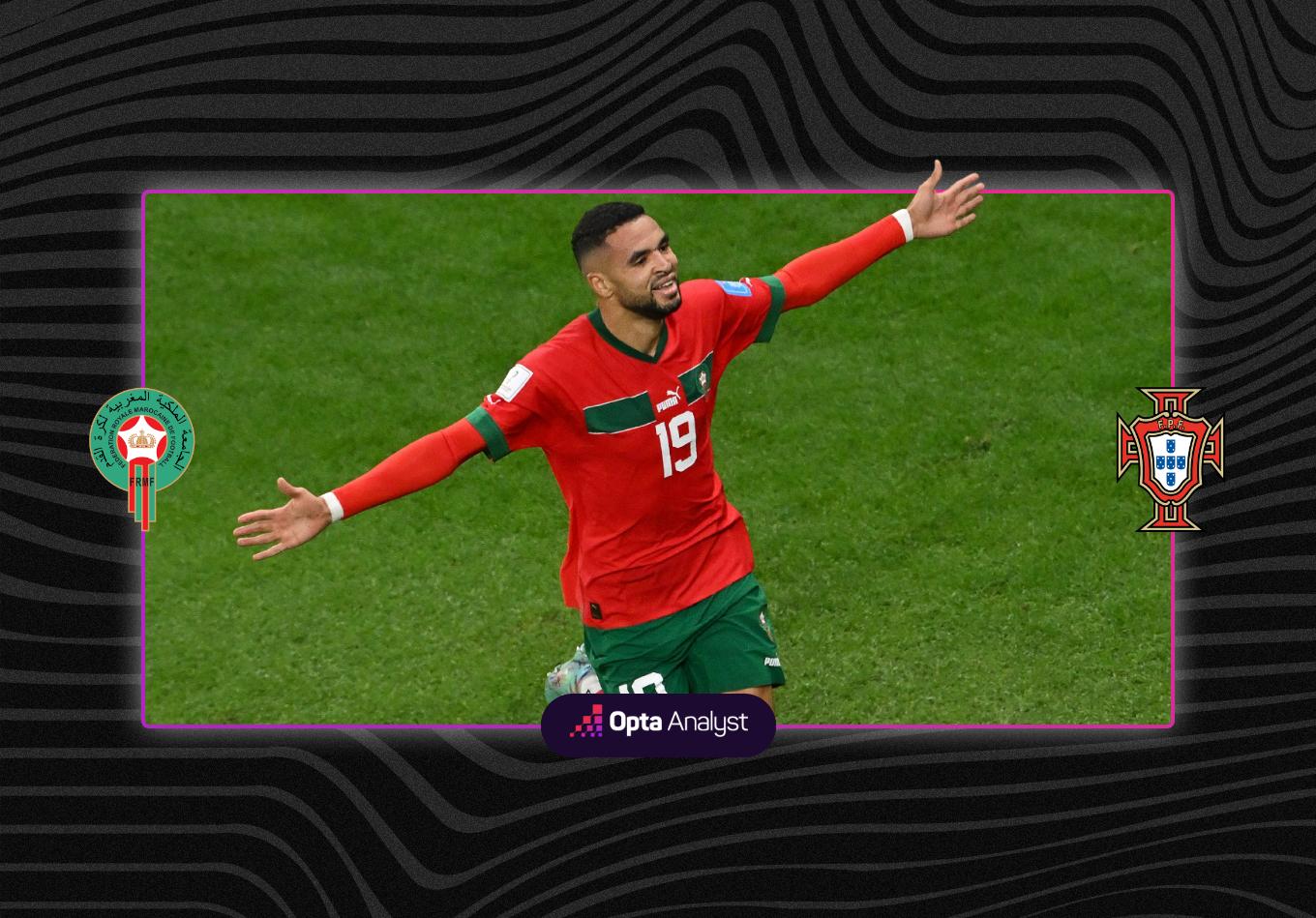 This is a Morocco side working against history for African sides at the World Cup, and at this particular tournament they’ve been swimming into a Persian Gulf rip current against European powers. So it’s fitting in that it makes little sense that the goal came from the left for a team known for attacking rather well up the right with Achraf Hakimi and Hakim Ziyech. Instead, it was Youssef En-Nesyri getting on the end of a 42nd-minute cross from the left by Yahya Attiat-Allah for the finish that would send the first African side through to a World Cup semi-final and end Cristiano Ronaldo’s World Cup career without a trophy or even a knockout-stage goal.

Three previous African teams reached a quarter-final – Cameroon in 1990, Senegal in 2002 and Ghana in 2010 – and fell short, twice two European teams. But this Morocco team has learned a thing or two about such opponents in Qatar. The Atlas Lions’ competition at this tournament hasn’t been easy. They opened against 2018 finalists and now 2022 semi-finalists Croatia with a draw, then they beat 2018 semi-finalists Belgium. They dispatched Canada to top Group F, then moved onto the Iberian Peninsula they reside just south of by dispatching Spain in penalties in the last 16. Neighbours Portugal were next.

Credit En-Nesyri for the goal – his second of the tournament on his second shot on target – but question Diogo Costa. The Portuguese goalkeeper committed to coming off his line and got caught in goalkeepers’ purgatory. For Portugal, it was a tournament-leading third error leading to a goal with only Canada, Australia and Wales even having two.

And so the current switched its flow. Portugal had 78.9% possession in the first 15 minutes, but it was hardly a first-half attacking performance in continuation of the 6-1 win over Switzerland. Bruno Fernandes hit the woodwork three minutes after the Morocco goal, and João Félix had two earlier chances from the top of the left side of the box, but Portugal’s 0.27 xG for the half was less than idea after managing 0.98 against Switzerland and 1.20 in the first half of their last group-stage game against South Korea. For the shots on target crowd, it was one following first halves of five and six.

It nearly went to 2-0 with Attiat-Allah firing wide on the break with one of the last touches of the first half, but there was a legitimate question of whether they’d need it. Morocco were 4 1/2 matches into their tournament – plus 30 minutes of extra time against Spain – having allowed one goal, and they scored it themselves against Canada.

Portugal brought on Ronaldo and João Cancelo six minutes into the second half – not a bad couple of names to have in your back pocket for substitute work if you can get them. And if the former was finally going to score a goal in the knockout stages of a World Cup, it was going to be a meaningful – perhaps international career-extending – one in his 22nd World Cup match.

First, he nearly set it up in the 82nd with a touch to Félix for a first-time strike, but Morocco keeper Yassine Bounou made a sprawling save to deflect it over the bar. Then in the 91st minute the chance came, but Ronaldo’s near-post attempt was saved. That wasn’t the miss Portugal will remember. It’ll be that of his longtime team-mate, Pepe, whose stoppage-time header went wide. That’s how the duo’s quest for the trophy ended, with Ronaldo going the 570 minutes of knockout-stage football he played at World Cups without a goal.

Morocco have done it with very little of the ball. Their 31.3% possession is the second lowest rate at the tournament ahead of only Costa Rica. But they also did it with individual efforts. When you don’t have the ball, you have to defend it. Hakimi won possession a team-leading nine times and won both of his attempted tackles. His 19 tackles and 13 won at this World Cup are the most of any player. Sofyan Amrabat won possession eight times against Portugal, and his 41 overall lead the tournament.

They’ve now kept four clean sheets in five games, and the three they’d kept in four entering this match was already the most ever by an African side in a single edition of the tournament with their seven overall matching Nigeria for the most ever by an African side. But whether it’s France or England waiting in the semis, Morocco clearly aren’t worried about European opponents to the point that their next European opponents will have plenty more to think about that than they will.