Lack of Offensive Ingenuity Is Costing the Patriots | The Analyst 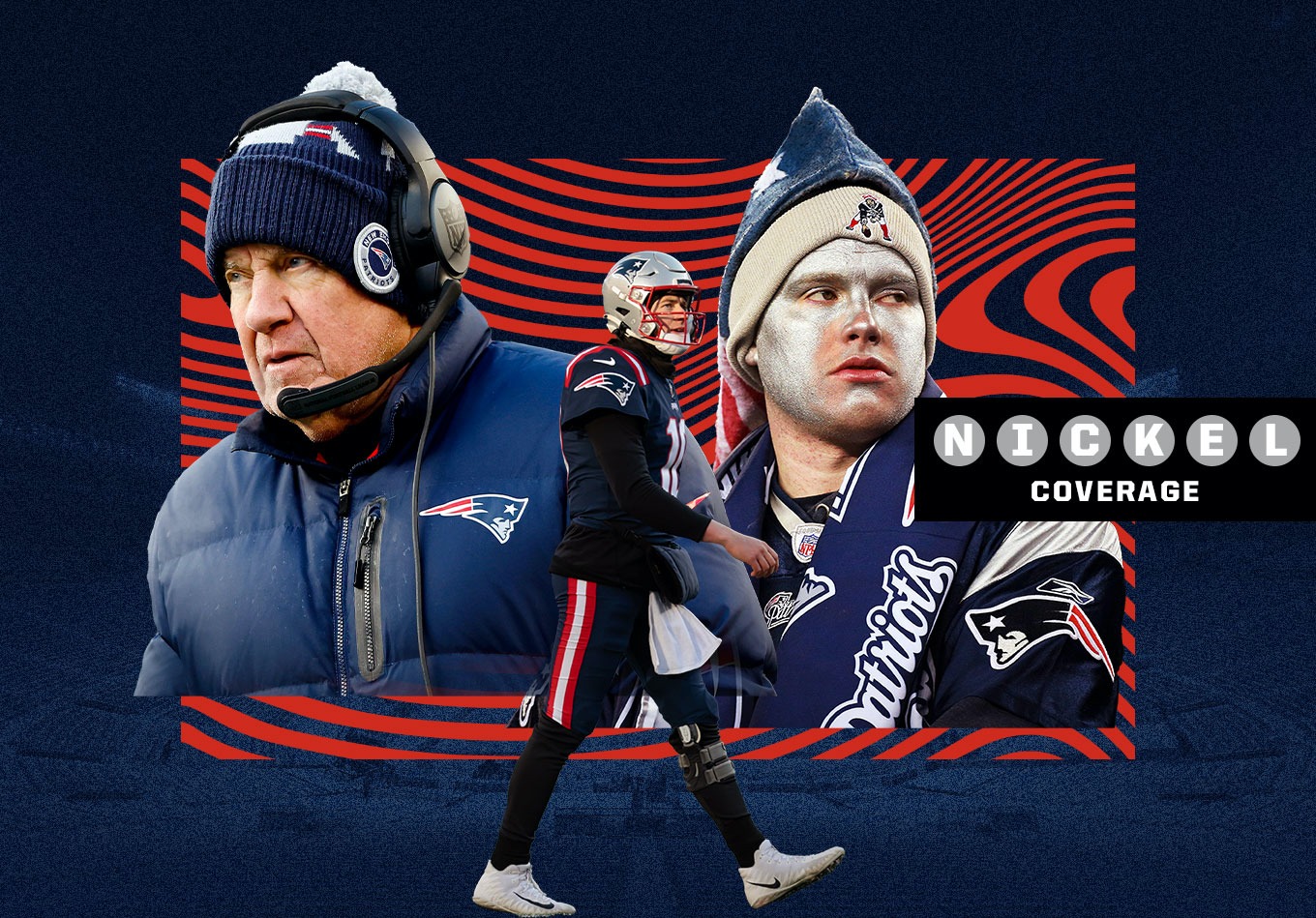 Lack of Offensive Ingenuity Is Costing the Patriots

For years, the New England Patriots were the model NFL franchise. They represented consistency, discipline and, above all else, good coaching.

As they head into the final two weeks of the 2022 season, it is hard to think of three qualities that are less representative of this version of Bill Belichick’s team. The Patriots are still in the mix to reach the playoffs this season and may yet sneak is in as a wild card for the second consecutive season, but their 2021 campaign ended with being blown out by the Buffalo Bills, and all the signs point to this season coming to a conclusion in similar circumstances.

Any veneer of the Patriots as a postseason contender who could cause problems for the AFC’s elite has been emphatically removed by a pair of dramatic finishes that both produced agonizing defeats for New England. The Patriots followed up their last-gasp defeat to the Las Vegas Raiders on Jakobi Meyers’ inexplicable failed lateral with another heartbreaking finale in Week 16 with Rhamondre Stevenson’s fumble falling into the arms of the Cincinnati Bengals safety Vonn Bell.

Those losses leave the Patriots at 7-8 and, while they are still only a game behind the 8-7 Miami Dolphins, their consecutive failures over the course of the past two weeks in situations where New England would normally thrive are significant enough to raise questions about the direction of a team whose success saw them established as the NFL’s modern dynasty. Most of those questions surround the offensive side of the ball. Last year, the Patriots let the draft board come to them and selected quarterback Mac Jones 15th overall, and they looked to have themselves a steal as the former Alabama signal-caller impressed in helping New England to the playoffs.

But a failure to adequately replace offensive coordinator Josh McDaniels, who has been succeeded by the bizarre combination of Joe Judge and Matt Patricia, has seen Jones fail to take the next step and the New England attack fail to deliver the explosive production needed to truly compete in a very competitive AFC. Whether it’s his fault is more of a debate. Jones has actually been more accurate than his rookie season. He delivered an accurate, well-thrown ball on 80.1% of his pass attempts in 2021, and that rate has increased to 82.1 in 2022. Yet Jones has thrown just nine touchdowns after tossing 22 last season, his struggles in that regard reflective of the Patriots’ overall problems in punching the ball into the end zone, which they have done on only 15.4% of their offensive drives, scoring six points on 26 of their 169 offensive series.

That’s hardly all on Jones. Their inability to turn possessions into touchdowns is in part a product of their lack of investment in the offensive skill positions. The Patriots rank 21st in win rate in pass coverage matchups, the starting wide receiver triumvirate of Meyers, Nelson Agholor and DeVante Parker unsurprisingly failing to consistently create the separation required for Jones to build a productive rapport with his receivers.

The Patriots’ offensive issues are as much a failure of scheme as they are of personnel. Theirs is an offensive system that does not play to the strengths of Jones, who came from an offense built around the run-pass option at Alabama.

In 2022, the Patriots have used RPOs on just 1.3% of their passing snaps, below the league average of 2.8. On top of that, they have eschewed the opportunity to capitalize on the influence of a run game defenses have committed at least eight men into the box to guard against 50.1% of the time by choosing not to lean on the play-action pass. The Patriots have used play-action on 9.87% of pass plays, well shy of the league average of 13.3, limiting the easy buttons for Jones in an attack that is too reliant on the pure dropback game.

New England’s offense has run a dropback concept 42% of the time in 2022, nearly 11 percentage points above the average of 31.4, with the Patriots’ primary reply to defensive aggression being a screen game that is overused and predictable. Screen passes have made up 16.3% of New England’s passing plays, with the league average being 9.9.

This static and ineffective offense is not only wasting the second year of Jones’ development, but also an excellent season from the Patriots’ defense, which ranks sixth with a success rate of 36.8%.

The Patriots have two extremely productive pass rushers in Matthew Judon (15.5 sacks) and Josh Uche (11.5) and have pieced things together effectively in the back seven with a mix of rookies, veterans and emerging playmakers such as third-year safety Kyle Dugger, who serves as a tribute to Belichick’s ability to develop talent on that side of the ball.

Belichick’s defensive genius remains and it is undoubted, but in 2022 it is being cancelled out by the lack of offensive talent and a scheme that does little to elevate its young quarterback.

Jones is obviously a long way from being Tom Brady, and the talent on this Patriots roster is nowhere close to some of the New England teams he helped steer to six Super Bowl titles, yet Belichick has a quarterback and a group that can at be a threat to do damage in the postseason. Belichick excels at making teams into more than the sum of their parts, but it’s hard to argue against the fact that, through negligence on the offensive side of the ball, he has missed an opportunity to do that this season.