Most Memorable Games of 2022 FCS Season | The Analyst 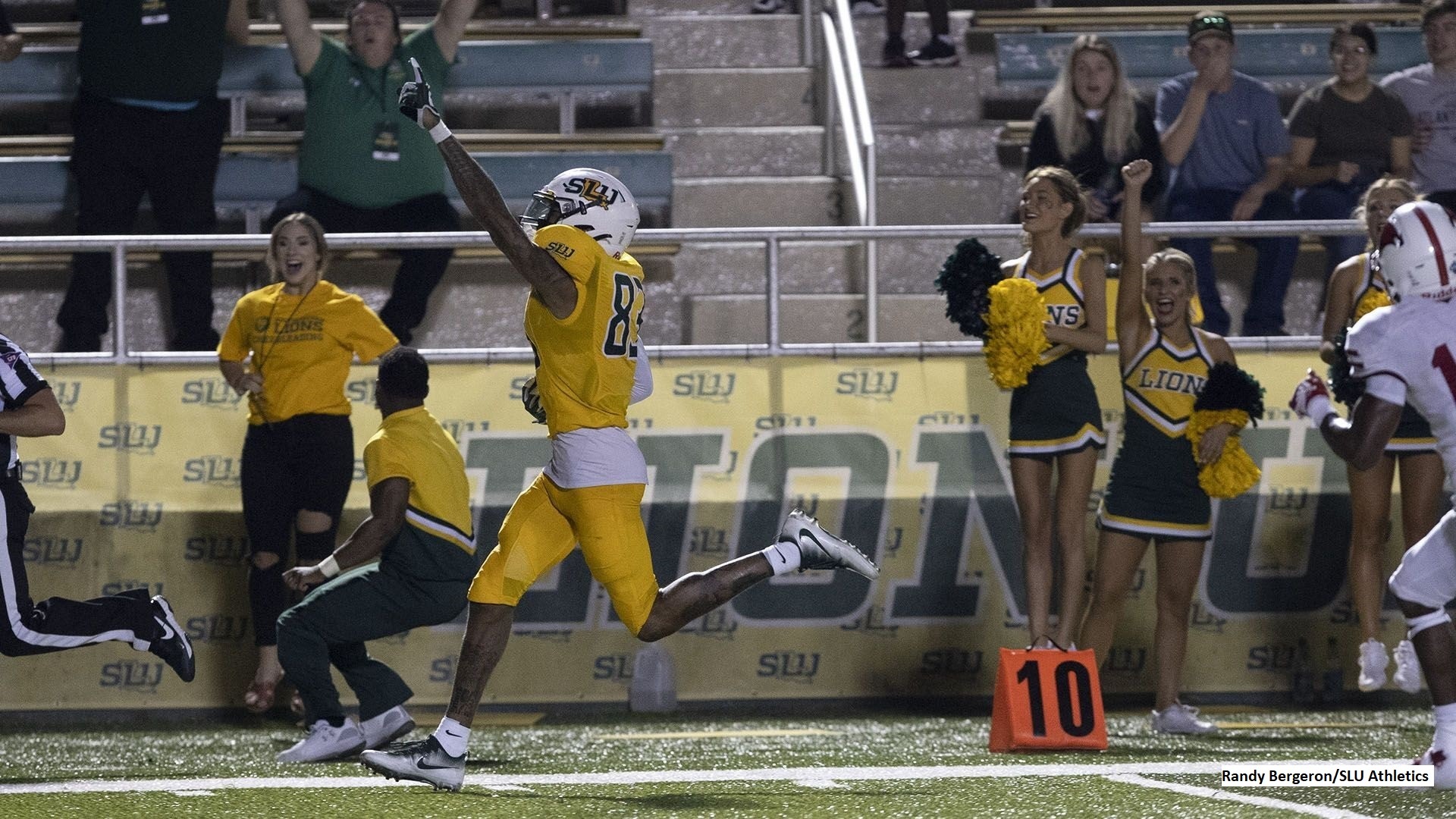 Instant Classics: Ranking the 15 Most Memorable Games of the 2022 FCS Season

It’s easy to hope the FCS championship game between South Dakota State and North Dakota State on Jan. 8 will wind up being the best game of the season – perhaps a back-and-forth thriller that’s decided in the closing seconds.

It’s not far-fetched given the significance of their matchup during the regular season.

Of course, there is a lot to live up to following the many memorable games that have come out of the more than 800 involving FCS teams this season.

Some just stand out a little more, so here is one writer’s ranking of the 15 most memorable game in the 2022 season, with fingers crossed for the national final in Frisco, Texas:

In the highest-scoring game in FCS playoff history, UIW won its first-ever quarterfinal on Lindsey Scott Jr.’s 21-yard touchdown pass to Taylor Grimes with 27 seconds left. The score capped a seven-play, 75-yard drive after previously unbeaten Sacramento State had gone ahead 63-59 with under two minutes remaining. An incredible 57 points were scored in the fourth quarter and the teams combined for 1,317 yards.

Trailing 16-0 midway through the first quarter, NDSU rallied for its largest comeback win since 2008 and the fourth-largest of its Division I era (since ‘04), advancing to the championship game for the 10th time in the last 12 seasons. Safety Dawson Weber had two interceptions and a fumble recovery as part of the Bison’s +4 turnover margin against Scott and the Cardinals’ No. 1 FCS scoring offense. Kobe Johnson’s third touchdown run with 8:11 left – a 31-yarder – was the game-winner, reversing a 32-27 deficit.

The Eagles spoiled Jackson State’s bid for a perfect season and Deion Sanders’ finale coaching the Tigers while raising the MEAC to 6-1 against the SWAC in their annual season-ending bowl. Quarterback Davius Richard scored from one yard out in overtime and the defense denied JSU on its possession. The lead changed seven times and the Tigers force overtime on Shedeur Sanders’ 19-yard TD pass to Travis Hunter on the final play of regulation followed by an extra point.

In the Patriot League’s first matchup of nationally ranked teams since 2013, Fordham forged ahead 52-45 on Tim DeMorat’s 25-yard touchdown pass to Dequece Carter on the first play of OT. Holy Cross answered with Matthew Sluka’s nine-yard scoring pass to Justin Shorter, then went for a game-winning two-point conversion instead of a PAT. Sluka, in a shot gun, handed off to a motioning Shorter as he went from right to left across the backfield. With Fordham’s defense drawn the same way, Shorter flipped the ball back to Ayir Asante, who reversed the other way and went untouched into the end zone.

The second all-time regular-season matchup (and seventh overall) between No. 1- and 2-ranked FCS teams built from the offseason to the preseason poll to midseason. South Dakota State, No. 2 at that time, rallied from a 21-7 halftime deficit to earn a third consecutive win in the Dakota Marker Rivalry series. Hunter Dustman’s third field goal – an 18-yarder with 3:49 left – provided the winning margin. Two days later, the Jackrabbits earned the No. 1 ranking for the first time in program history.

The Colonels’ first win over an FBS opponent since 2014 marked the most overtimes for an FCS program against a Division I opponent. Parker McKinney’s third touchdown pass on the final play of the fourth quarter helped force OT, and he connected on a winning two-point pass to running back Braedon Sloan to end the seventh extra session.

Jackson State earned the 500th win in program history behind Shedeur Sanders’ three touchdown passes, but the bigger storyline occurred afterward between the head coaches. As JSU’s Deion Sanders and ASU’s Eddie Robinson Jr. shook hands, Sanders appeared to lean in for an embrace, but Robinson halted him by putting his left hand on Coach Prime’s chest and then stormed off, later citing a lack of respect by his counterpart in pre-week comments. “He ain’t SWAC. I’m SWAC, he ain’t SWAC,” Robinson said. It led to a public discourse and a Jackson State campaign asking, “Who’s SWAC?”

This game had a little bit of everything as Samford completed its first unbeaten SoCon season and denied Mercer of its first playoff bid. Mercer’s Fred Payton (552 yards of total offense) and Ty James (351 receiving yards) posted FCS season highs and got the scoring going with an early touchdown connection. In the second OT, Samford’s Fred Flavors, who had seven pass breakups, got his hand on a field goal attempt to end the Bears’ bid to break a 44-44 deadlock. Bulldogs freshman quarterback Quincy Crittendon came in for injured starter Michael Hiers and scored on a 25-yard run.

They went on to share the Southland title, but Southeastern earned the tiebreaker for the conference’s automatic playoff bid due to its win over UIW on the game’s final play. With the game tied 35-35 and overtime seemingly inescapable, redshirt freshman quarterback Eli Sawyer found C.J. Turner wide open due to busted coverage, and the wide receiver went 59 yards to stun the Cardinals, who had just tied the game on a touchdown with 21 seconds remaining.

The Crusaders’ game-ending “Hail Mary” was answered, producing their second FBS win in as many seasons. With the score tied 31-31, Sluka lofted a 46-yard pass into the Buffalo end zone, where trusty wide receiver Jalen Coker reached above defenders to snatch the ball. It came after Buffalo had kicked a game-tying, 52-yard field goal with 31 seconds remaining.

The Vandals partied like it was 1999, ending a seven-game losing streak to Montana that stretched back to the previous millennium. Quarterback Gevani McCoy, who went on to claim the Jerry Rice Award as the FCS freshman of the year, passed for two touchdowns to Hayden Hatten, who also reeled in the Grizzlies’ onside kick in the final minute to preserve the win.

The lead changed nine times out of the 11 combined touchdowns and field goals in a back-and-forth “War for the Wheel” rivalry thriller. The final switch on the scoreboard occurred with 11 seconds left when Southeast Missouri capped a 12-play scoring drive on Damoriea Vick’s 2-yard TD reception from Paxton DeLaurent in the back of the SIU end zone.

The CAA teams, who were tied at 42 after regulation, joined Eastern Kentucky in the seven-OT fun, marking the most extra periods between two FCS teams. Nasim Hill connected with Ed Lee on a slant for the winning score. A week later, Rams were surely tired enough that they went for a two-point conversion after their game-ending TD pulled them within 31-30 at William & Mary. It came up empty.

The first of SFA’s two three-point wins over ACU dropped jaws. The game was tied 38-38 when ACU’s late 54-yard field-goal attempt fell short into the arms of SFA’s Xavier Gipson, who returned it 51 yards, with a horse-collar tackle adding another 15 yards to the play and an untimed down for the Lumberjacks. Chris Campos then came onto the field and kicked a 51-yard, walk-off field goal.